Zendaya and Timothée Chalamet are two of the most influential young stars of this generation in both entertainment and fashion. Like their characters, the Dune actors joined forces for the film's London premiere at Odeon Luxe Leicester Square for a magnetic pair of sci-fi-inspired red carpet looks.

The Euphoria actress arrived in a white sequined Rick Owens gown with avant-garde draping over the neckline while her co-star hit the carpet in a black Alexander McQueen suit lined with zippers from the brand's Spring/Summer 2022 collection. 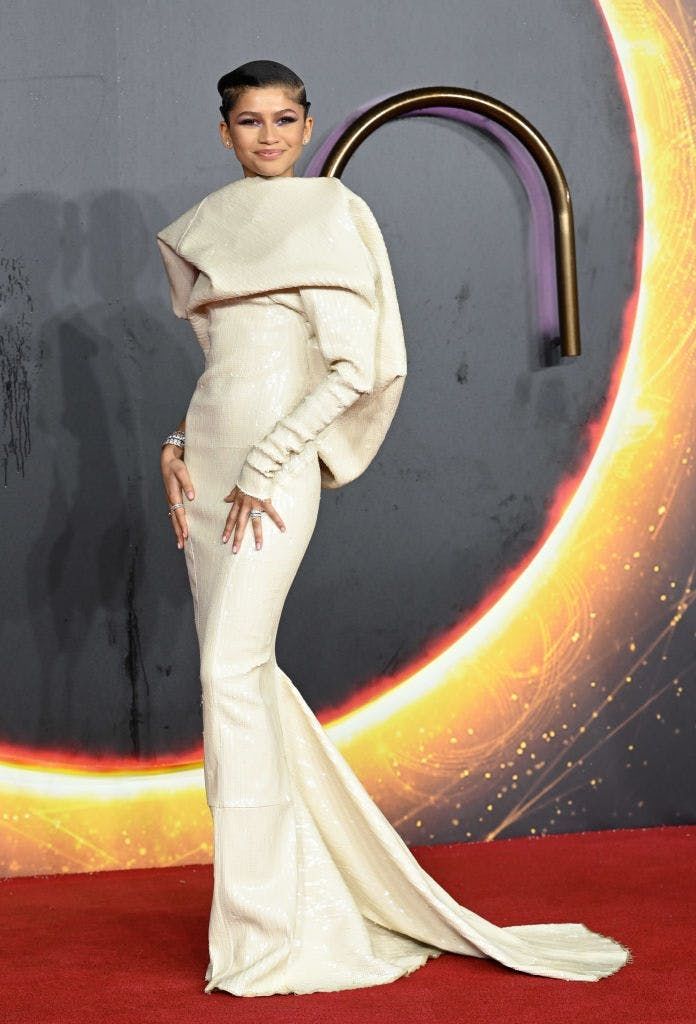 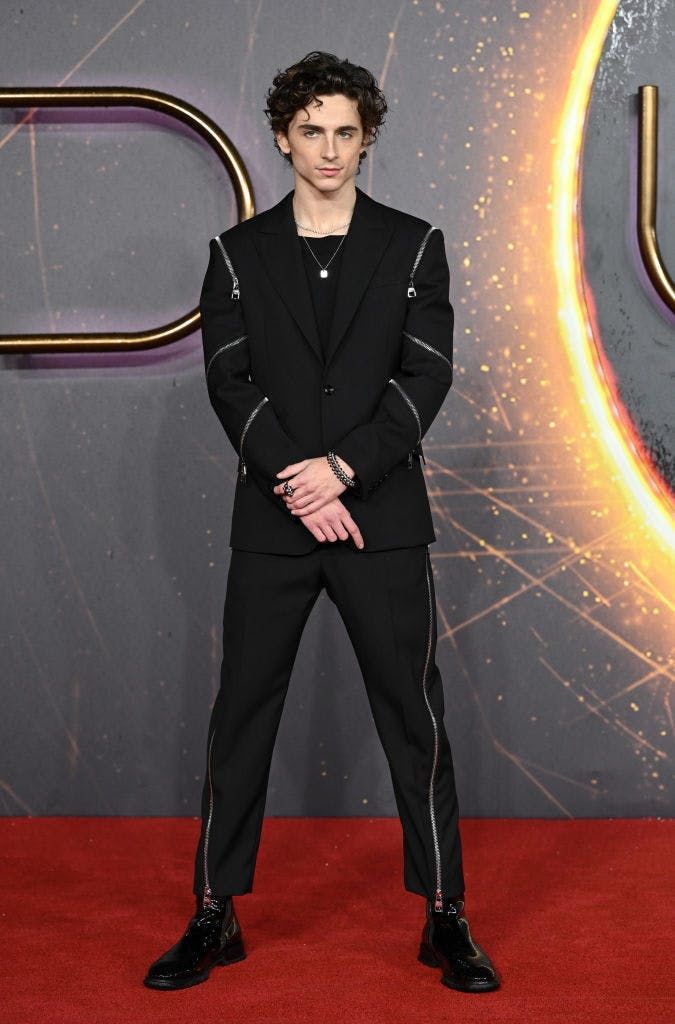 In the film, Chalamet stars as Paul Atreides, a young heir to his father's dukedom, who, on orders from his father (played by Oscar Isaac) heads to the dangerous planet of Arrakis. There, he meets Chani (Zendaya), a member of the Fremen, the native inhabitants of Arrakis. The star-crossed lovers must come together to save both their people and their planet from extinction. The film premieres on October 22 in theaters and on HBO Max.

The film premiered earlier this year at the 2021 Venice Film Festival. While promoting the project, both Chalamet and Zendaya have joined forces in a powerhouse display of style, showcasing some of the most exciting looks we've seen all year. Check out some of their best Dune red carpet moments below. 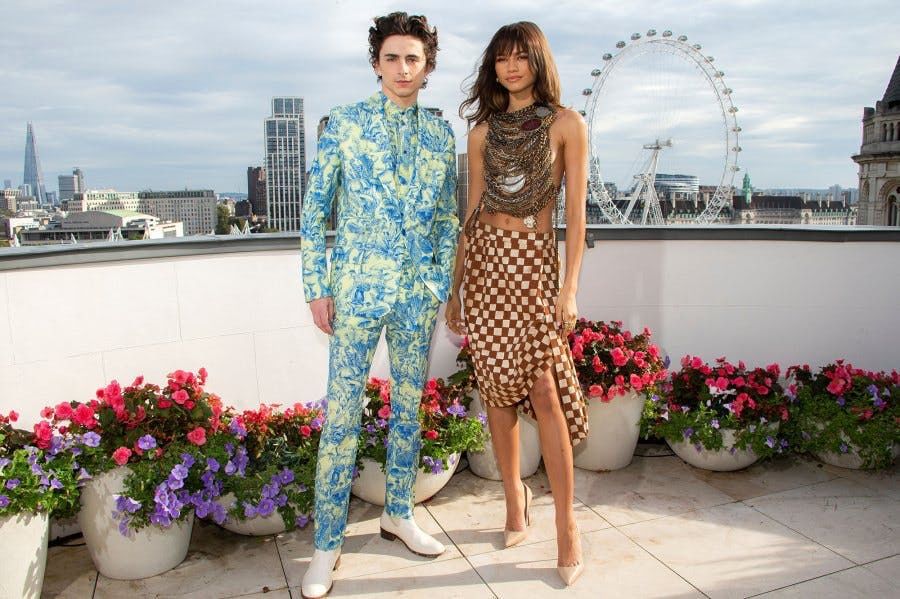 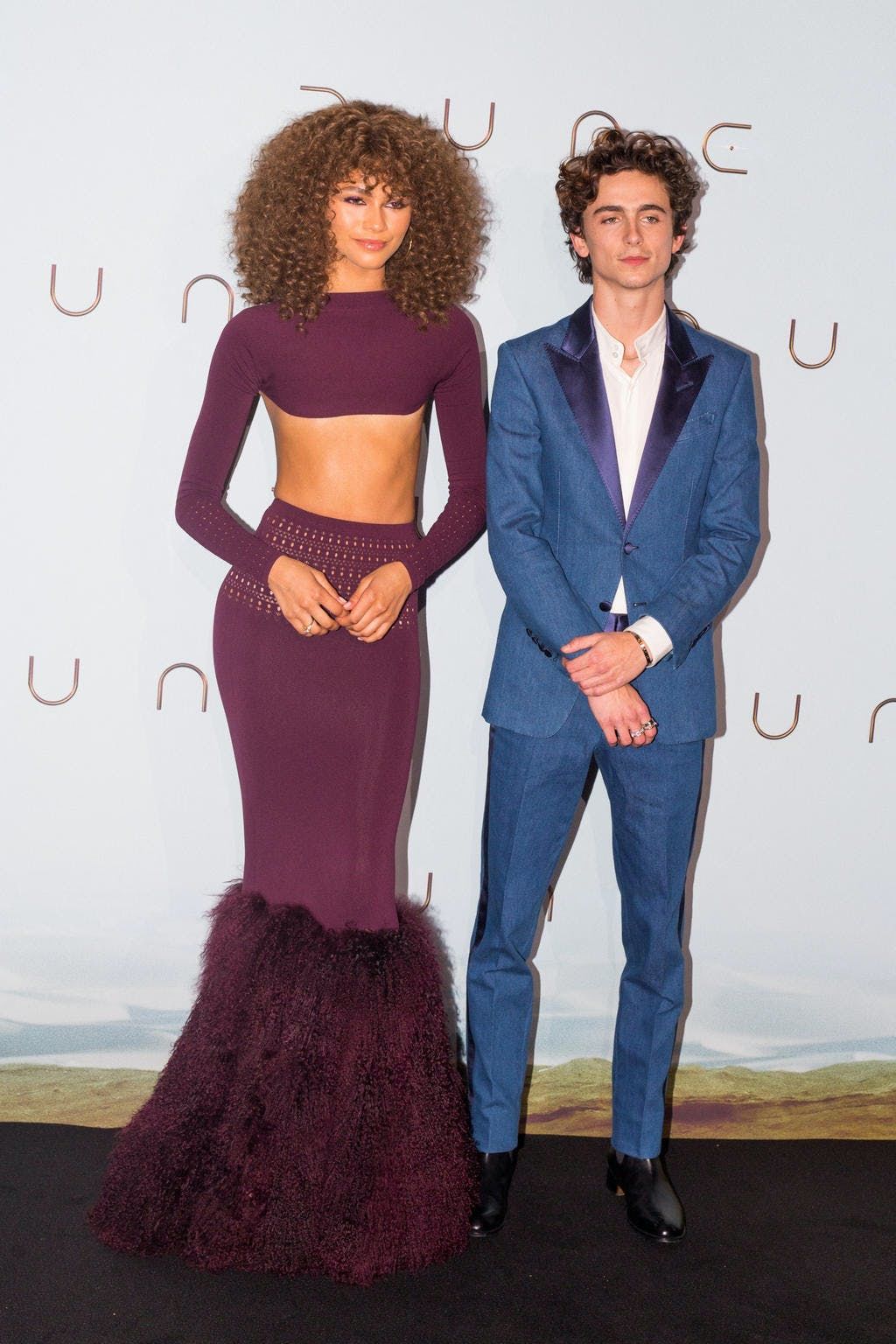 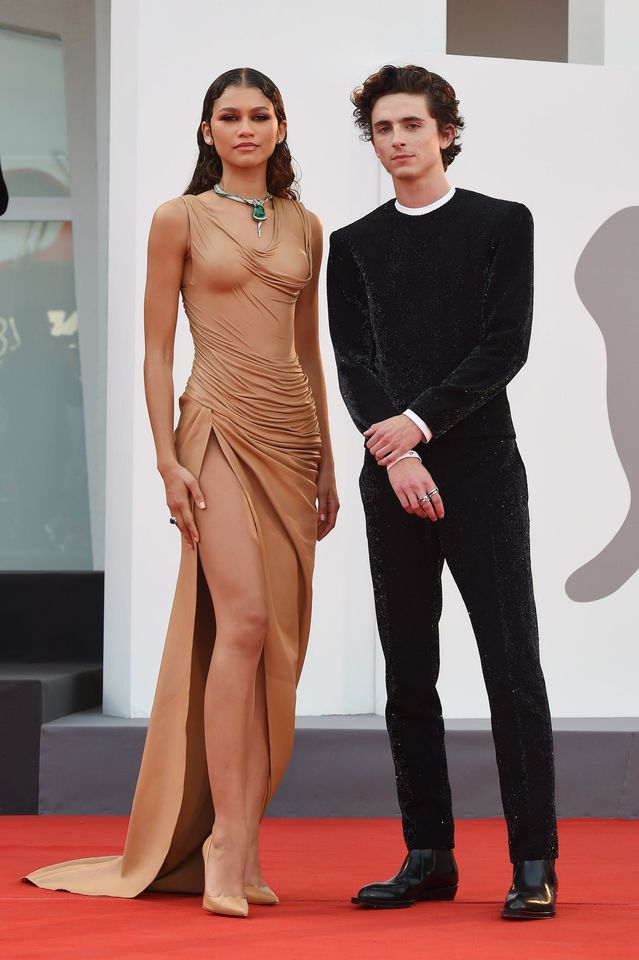