An increasing number of women are taking home bigger cheques than their male partners. Yet breadwinning still causes feelings of insecurity and discomfort for both parties.

When Erin first got together with her boyfriend, they both worked in minimum wage jobs. She was a student working part-time in customer service, while he worked as a chef. In 2020, she got what she refers to as her first “big girl” job in local government, and was catapulted up the career ladder. At 27, Erin now earns significantly more than her partner.

“When I got the phone call to say I had got the job, we immediately spoke about the salary,” says Erin, who lives in Yorkshire, UK. “I asked if the fact that I was earning more was going to make him feel bad. He said that yes, he likes it when he can do things for me that I can’t afford to do, because it makes him feel like he’s taking care of me. But he doesn’t feel emasculated by my higher pay. He just wants me to be happy.”

Although it’s not unusual for women to out-earn their partners, Erin remains in the minority as a female breadwinner. In the UK, only around 26% of women were making more money than their partner in 2019, and in the US this was around 30% – hardly surprising, as working women still earn 16% less than men on average.

That’s why Erin, and many women in heterosexual relationships like her, feel the need to have conversations about how their partner feels about their higher earning-power, and protect them from any negative emotions or feelings of emasculation – talks they likely wouldn’t feel the need to have if the situation were reversed.

Women’s earning power may have surged in many instances, yet attitudes towards female breadwinners still lag behind. As well as facing external judgement, women who out-earn their partners still often shoulder the majority of traditionally ‘female’ labour, such as housework and childcare, leaving them chronically overworked, under pressure and fighting to protect their partnership against negative emotions and perceptions.

All this can take its toll – research shows that heterosexual marriages with a female breadwinner are more likely to end in divorce. But experts point out that this doesn’t have to be the case.

The domestic burden of women breadwinners

Historically, men have almost always out-earned their female partners. Women, often entirely excluded from the workforce, tended to instead shoulder the majority of domestic labour, including housework and childrearing.

But evidence suggests that since women have entered the workforce en masse, the imbalance in domestic duties hasn’t really been redressed – even when women make more money than their partners.

Some researchers have found that in the UK, 45% of female breadwinners still do the majority of household tasks, compared to just 12.5% of male breadwinners, and that the average female breadwinner spends the equivalent of an entire working day taking care of the house on top of their full-time job.

Additionally, research carried out in Australia and the US showed that although women decreased their housework as their earnings increased, this was only true up to a certain extent. Once women started to out-earn their partners, researchers found that couples often reverted to more traditional gender roles, with women picking up a disproportionate share of housework.

“Feeling like we are violating society’s expectations about what it means to be a woman or man can be very uncomfortable,” says Raina Brands, an associate professor at the UCL School of Management, whose research focuses on gender stereotypes.

“Women may feel compelled to compensate for violating traditional gender roles as a breadwinner by redoubling their contributions at home,” she continues. “But what couples should keep in mind is that feelings of discomfort can lead to some very irrational household decisions, such as women opting to earn less or leaving paid work entirely (which takes away from the financial security of the household), or taking on more than their fair share of household work (which leads to unhappiness).” 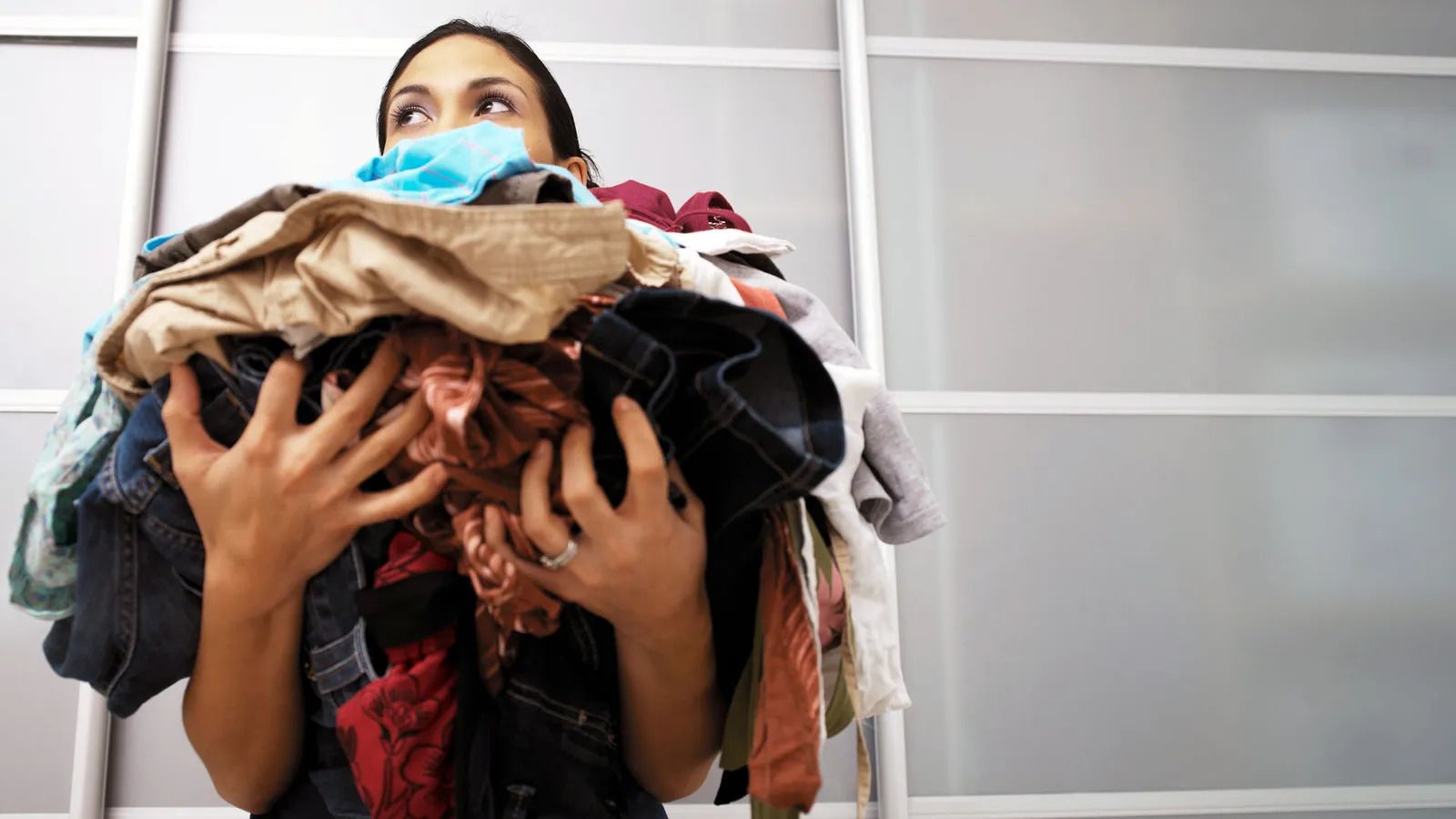 Women might do more at home to compensate for out-earning their partner, say experts, but this may have consequences down the line

Even when a couple have the best intentions of splitting labour in an equitable way, external judgements and perceptions can get in the way, argues Siran Cao, the co-founder and CEO of Mirza, a London-based fintech company that focuses on the gender pay gap. This can leave female high-earners picking up extra work and responsibilities.

“Schools still tend to call the mum, even if the dad is listed as the primary contact,” says Cao. “It’s crucial for men to disrupt these caregiving gender norms, so that they have the opportunity to parent.”

This isn’t the only situation in which external perceptions of high-earning women have a negative impact. Rowan, 24, works as an accountant, and currently out-earns her fiancé. She says she often faces judgement from others about their current set-up. “I’ve had reactions of ‘it must be hard’ or people saying that it’s admirable that I don’t mind supporting him,” says Rowan, who is based in Birmingham, UK. She says she tries to avoid bringing up the topic, and that she’s learned not to let hostility or negativity bring her down.

This kind of judgement is extremely common, particularly for high-earning mothers. One 2013 study showed that 16% of Americans believed that raising a child in a family where the mother is the primary earner would have a negative effect on kids, and 59% of adults still say that children are better off when one of their parents stays at home with them. Forty-five percent of these people said it was better if the stay-at-home parent was the mother, with only 2% favouring the father.

It’s no surprise these deeply ingrained outlooks can affect how couples talk about their own earning power. Some research even supports that couples are so aware of the societal perception of female breadwinners that mixed-income spouses tend to lie about their respective earning power when a wife out-earns her husband, exaggerating how much the man earns. Some couples go even further, with women actively choosing not to be the breadwinner; in couples where a woman’s income has a greater potential to exceed her partner’s (for example, if she has qualifications in a higher paying industry), she is still less likely to engage in paid work, and tends to earn below her potential when she does. 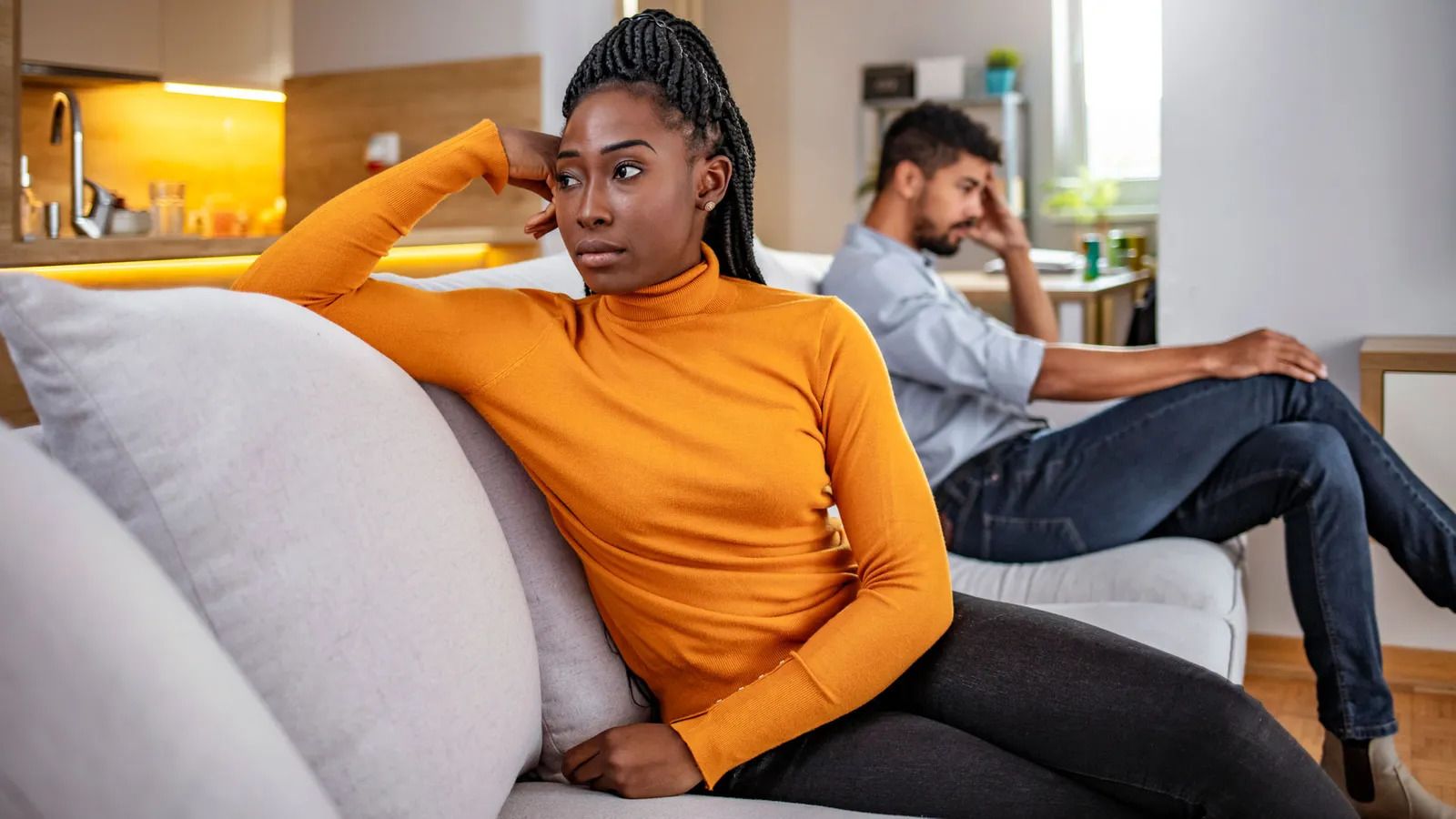 For most couples, their relationship is truly tested when and if they have children – a milestone Erin and Rowan have yet to reach. Couples already going against the norm in terms of their earnings balance must make important decisions about whether they will also choose a non-traditional balance of childcare, with the lower-earning father taking on more of the caring responsibilities.

The data suggests most don’t – after all, even though around a quarter of women are the primary earners in the UK and US, only about one in 10 men say they are the primary carer of their children – significantly less than one might expect if earning power directly correlated to household labour. Like many facets of gender inequality, it seems that the most significant gaps and judgements emerge once women become mothers.

And while some couples with a female breadwinner do manage to find an equitable – and happy – balance, data shows that for many couples this isn’t the case.

Despite decades of work to empower women financially, some research shows heterosexual couples are still more likely to divorce if the female spouse out-earns her husband. Judgement and the difficulties of dividing household labour both also play a huge part in the complicated dynamics of these relationships – studies have shown men who earn less than their female partner are more likely to cheat, with researchers positing that this is a way of restoring masculine gender identity. And in couples where the female breadwinner spends more time on household chores, marital dissatisfaction is at its highest.

In a world in which women have worked hard to overcome gender biases, this might make the outlook for female breadwinners seem bleak. But Brands argues it’s important for couples not to get caught up in the overarching statistics, and to focus on how a relationship can be as equitable as possible for them.

“The main takeaway is that gender roles are not destiny,” she says. “Couples that push through the discomfort of non-traditional arrangements and negotiate a fair split of household chores relative to financial contributions are more likely to achieve equity in a broader sense, too, meaning both the woman and the man have financial security and independence from their partner, the ability to pursue meaningful careers and being able to balance both their career and family life.”