The term ‘sex positivity’ is evolving and becoming more popular. How do we define it?

Lately, it seems like anything and anyone can mention sex and earn the label ‘sex positive’: social-media apps, celebrities and ‘girl bosses’, brands selling intimacy products. But when applied in such a variety of contexts, the idea of sex positivity seems to almost lose its meaning – or at least, its definition gets muddied.

Just as businesses and brands liberally use terms like ‘diversity’ and ‘equity’ to appeal to ethically conscientious consumers, “the same thing is happening with either individuals, celebrities, endorsements, organisations or companies saying that they're more sex positive”, says Emily Prior, executive director of California-based NGO Center for Positive Sexuality. While some “definitely are”, she adds, others “use it as a buzzword to get people in the door”.

But how can you tell the difference, when there’s no single, agreed-upon definition for sex positivity? While sex educators, academics, sex workers and pornography directors all tend to agree that the liberal use of the term indicates both taking advantage of a buzzword and a true embrace of its ethos, based on the context, they all have slightly different interpretations of what it means and where it came from. Depending on whom you ask, sex positivity encompasses everything from anti-racism to male nudity in the movies.

Across the board, however, those who talk about sex positivity note that at its core, the term is about openness to a variety of sexual orientations, interests (or lack thereof), identities and expressions. They find that the term has evolved to become both more popular and more nuanced over time, and that its influence extends well beyond the realm of sexuality into society at large.

The (many) origins of sex positivity

While many credit the Austrian psychoanalyst Wilhelm Reich with coining the term ‘sex positivity’ in the mid-1900s, as part of his discourse on sex as a healthy aspect of humanity, other groups embraced a sex-positive ethos well before he did. 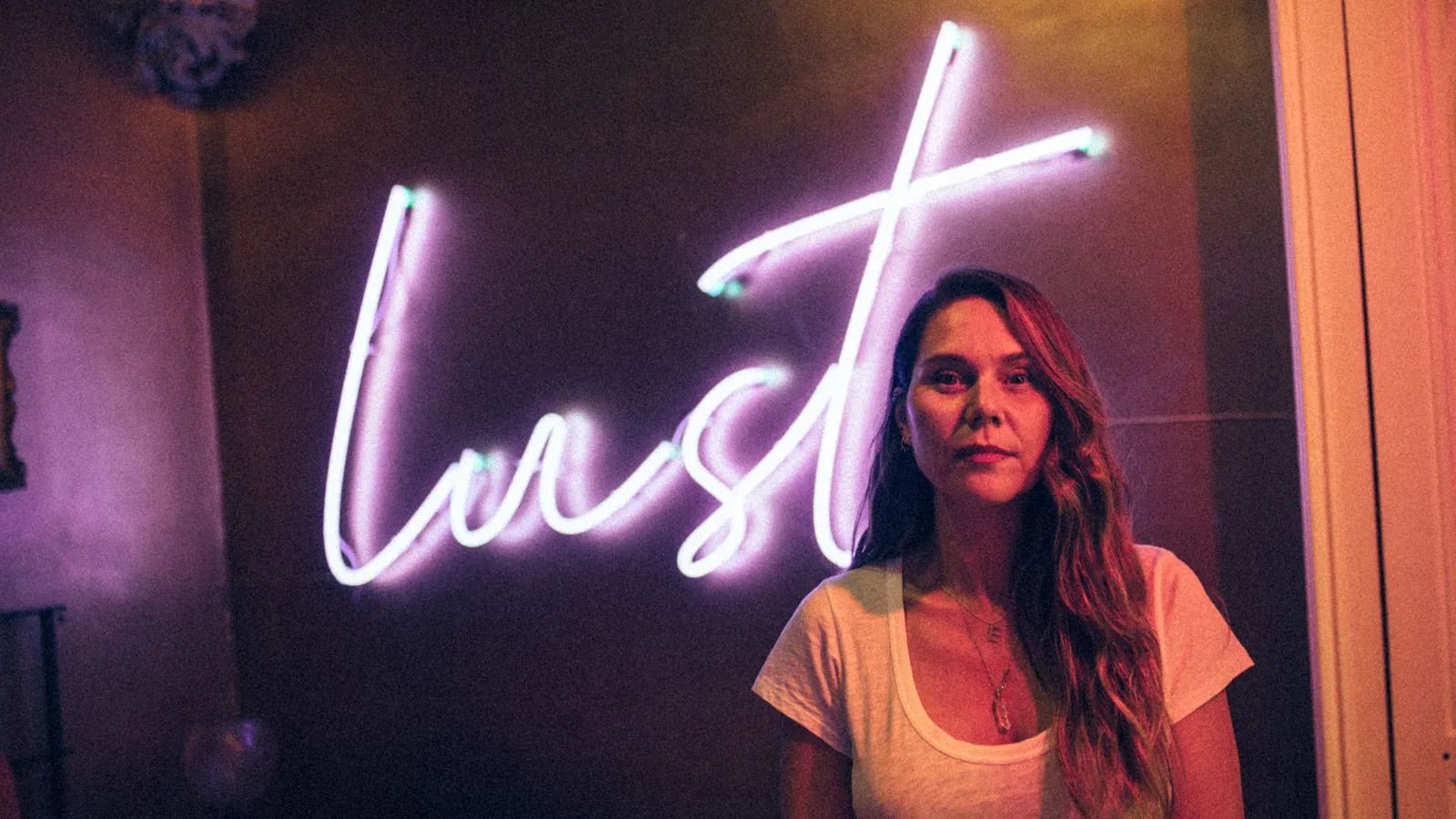 Sexologist and sociologist Carol Queen says she first encountered the concept back in the late 1980s while starting her PhD programme at the Institute for Advanced Study of Human Sexuality. She recalls an instructor there, German sexologist Erwin Haeberle, possibly helping develop the term, as he was familiar with “early 20th Century European sexologists who emphasised the importance of positive attitudes towards sexuality” when working with patients.

As therapist Aida Manduley sees it, sex positivity has gone through various lulls and resurgences, with one resurgence taking place during the sexual revolution in the 1960s and ‘70s, and another happening much more recently, in the past decade. Sex educator Goody Howard remembers first hearing the term sex positivity used in the late 1990s in conjunction with the former resurgence, likening it to “the free love movement and flower children of Woodstock”.

Around this time, groups focused explicitly on sex positivity had formed, like in the basement of a Seattle, Washington restaurant called Beyond the Edge Café, operated by Allena Gabosch. Gabosch hosted a “safe place” for people exploring kink and LGBTQ+ identities, says Larry Grella, a board member for the Center of Sex Positive Culture, the organisation born out of Gabosch’s efforts in 1999.

However, a global shift in attitudes towards sexuality can be traced back to 2002, says Prior, when the World Health Organization updated its definition of sexual health to include pleasure, safety, a lack of coercion and freedom from violence and discrimination – an approach that acknowledged the positive aspects of sex, as opposed to focusing on the risks. This new definition widened the discussion and helped influence the creation of organisations that adopted a more joyful outlook on sex, including The Center for Positive Sexuality, which launched in 2007, says Prior.

While the phrase “sex positivity” has meant something slightly different to each group or movement that’s used it, there are central commonalities.

Ideas about sex positivity have evolved in response to pervasive sex negativity – in other words, attitudes that attach shame and judgment to people’s varying experiences and feelings about sexuality. Middle school sex education, at least in places like the US, has long exemplified this ‘sex-negative’ attitude. “The information available to people [in school] about sexuality was all the bad stuff,” says Prior. “This is what you should avoid, here's all the stuff that could go wrong – this is why you should not have sex.”

Those who talk about sex positivity note that at its core, the term is about openness to a variety of sexual orientations, interests (or lack thereof), identities and expressions

“’Sex positive’ is really the opposite of ‘sex negative’,” says Queen, “[which means being] judgmental about sex and sexual variation… In my opinion, this is the ground out of which the notion of sex positivity grew.”

Collectively, however, we’re still attempting to define the term – and there have been definitions that missed the mark. “People would say, it just means you can have sex with anybody,” says Howard, of when she first started hearing the term. “And I’m like, but does it, though?” Around 2016, Howard says she took a deeper dive into the topic and came up with her own definition, to “operate in spaces with information around sex and pleasure, without shame or stigma”.

For therapist Manduley, according to a paper they recently co-authored titled Defining Sex-Positivity in Therapy, the definition of sex positivity “varies across and within fields” – and that’s a good thing.

“We see this openness as beneficial, as it leaves room for therapists and clients to establish their own definitions to address therapeutic goals,” the authors write. Crucially, different cultures have different values regarding modesty and communication, so speaking frankly about sex with some people may not actually be the most sex-positive approach, if that fails to acknowledge their comfort zone. Manduley considers sex positivity a “framework and lens” to use with clients, not a “prescription” that dictates how they must discuss and understand sexuality. 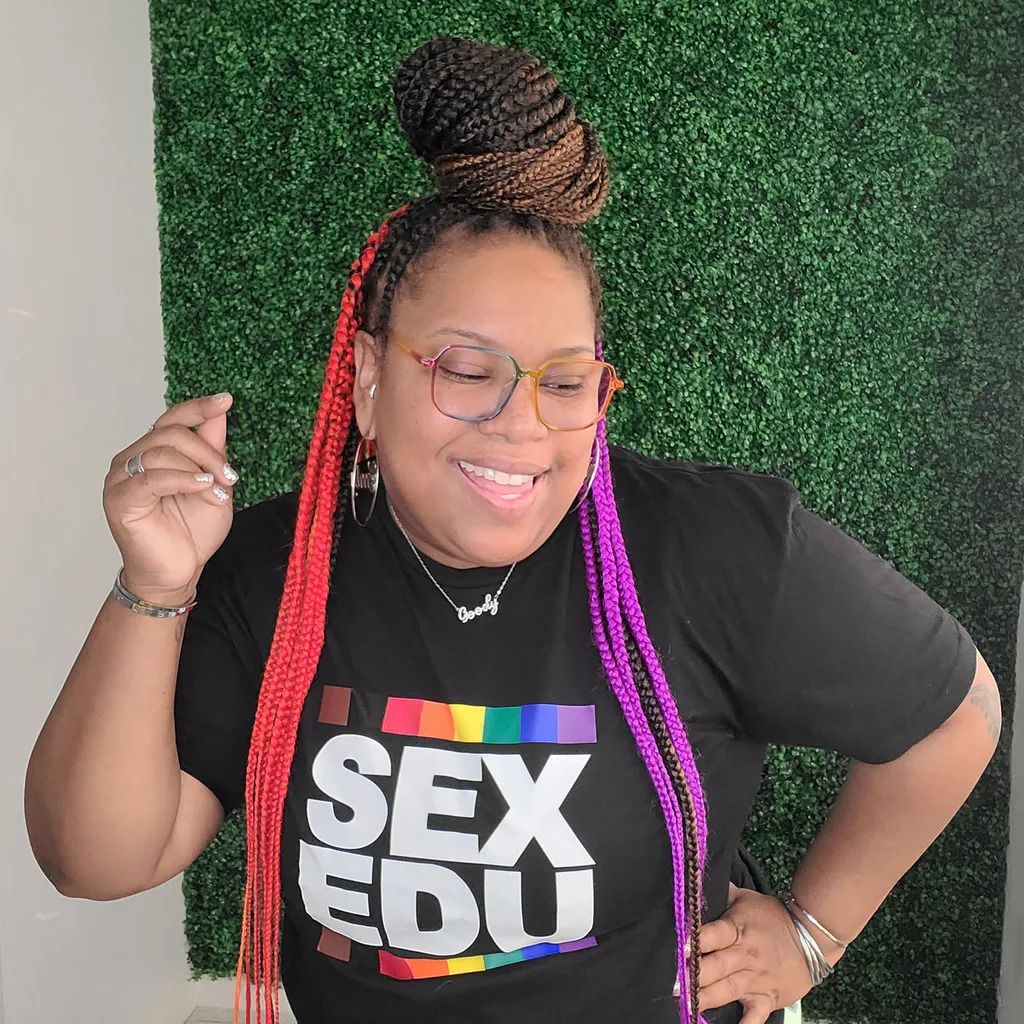 Sex educator Goody Howard defines sex positivity as "operate[ing] in spaces with information around sex and pleasure, without shame or stigma"

Masakhane, an organisation that provides “sex positive sex ed to marginalised communities”, specifically “poor Black and Brown people” in Newark, New Jersey, US, makes sure to acknowledge a “painful and ongoing history of reproductive oppression” in its teachings, says board member JV. Sex positivity, simply put, “means your body is your own”, writes JV. Others from the organisation shared varying definitions with BBC Worklife, many of which centered on empowerment for people with black and brown bodies, or representation in conversations about sex of people with different body types or disabilities. “All shapes and bodies can engage in sex,” writes one Masakhane educator intern.

For some, like writer and producer Karley Sciortino, understanding sex positivity grew out of learning about feminism after someone called her London-based sex blog, Slutever, “feminist” in the early 2000s. She got interested in the writings of Camille Paglia, a “pro-sex feminist” who didn’t discriminate against sex workers, porn and women who wore make-up. To Paglia and Sciortino, sex and looking sexy represented power “instead of submission to the male gaze”, says Sciortino. In other words, Sciortino’s idea of sex positivity was about inclusion of sex workers and women who wore their sexuality on their sleeves, categories that have historically been discriminated against in feminist circles.

Within the adult-entertainment industry (where many get their sex education), attitudes around sex positivity are changing, too. Large studios, which tend to push misogynist and racist tropes, are no longer so dominant, says adult content creator and business consultant Amberly Rothfield. Independent filmmakers have been leading this change, and they tend to share Rothfield’s views about sex positivity, emphasising “confidence and openness” to a variety of sexual experiences, and ending stigmatisation around sexual practices.

Sex positivity, simply put, “means your body is your own” – JV

In fact, some organisations are aiming to bring a sex-positive lens to sex education in schools. Sexpression:UK, which formed in 2000, teaches children and young adults ages 11 through 18 about sex and sexuality through a positive and “informative” lens, says press director Lewis Ruddock. Ensuring its lessons “cater to women, people of colour, people who identify as LGBTQ+ and people with disabilities”, Sexpression:UK focuses on fostering an open dialogue among students, Ruddock says.

Like many other people BBC Worklife spoke with for this story, Ruddock has noticed the media paying more attention to sex positivity lately. He sees this as a conduit for more open discussion, and a trend that’s given a platform to sex educators, sex workers and sex-positive influencers. Younger generations, too, are more familiar with sex-positive concepts thanks to this expanding dialogue. But others see the term’s frequent use as a sort of watering down of its meaning – a concept for brands to take advantage of without considering its many nuances.

“In its least pleasant configurations, [sex positivity] turns into another kind of normativity that excludes many people,” says Queen, like when it’s interpreted in a way that excludes people who don’t enjoy sex or identify as asexual. Howard says some people will label a movie ‘sex positive’ if its male star wears a condom during sex scenes. While that showcases a positive sexual practice, it alone can’t make a movie ‘sex positive’.

For Prior’s part, she hopes to keep seeing the term ‘sex positivity’ evolve to the point where organisations like the Center for Positive Sexuality are “no longer useful” because the idea has become so culturally pervasive as to not need explicit advocates. Everyone will just be sex positive, having grown up with its ideals. “I don’t think that’s going to happen in the next five to 10 years, though it may happen beyond my lifetime,” she says. “But there are definitely more organisations now than there were when we started that… promote sex positive ideals.”