Early years providers can’t attract qualified workers and the crisis will put prices up, increasing the burden on struggling families

Nurseries across the UK are being forced to close or reduce their services at an alarming rate because they are struggling to recruit and retain staff, the National Day Nurseries Association (NDNA) has warned.

The crisis is only set to deepen as more childcare providers go out of business, increasing demand for places and pushing prices even higher for families struggling with the rising cost of living.

Purnima Tanuku, the chief executive of the NDNA, said: “Until recently, government underfunding was the main reason nurseries were going out of business, but now we are seeing more nurseries unable to open because they can’t employ sufficient staff,” she said.

“Every closure is devastating to local communities, parents and children. They must not lose out because the government has failed to invest in our early years workforce.”

Her comments follow broad criticism from the sector at the suggestion by the government that nurseries in England could take in more toddlers without employing extra staff.

At a cabinet meeting on reducing living costs last week, Boris Johnson raised reviewing nursery ratios of staff to children – a proposal that has been branded “ludicrous” and “insulting” by early years providers.

Tanuku said the PM’s plans were likely to cause more qualified staff to quit the sector. “The suggestion the best way to help families with costs is to tinker with ratios is shortsighted. It will put more pressure on the workforce and place children at risk.”

About 95% of nurseries say the government’s funding does not cover their costs and 85% are operating at a loss or breaking even, says the NDNA. Now the recruitment crisis has reached a level that is forcing many nurseries to reduce their intake.

Sam Sims, the manager at Rydal Day Nursery in north Somerset, was forced to close the nursery’s baby room in March for the first time leaving 23 families without childcare.

She said: “We used to have a lot of applicants when we advertised but nowadays we can’t attract the staff and those with the right qualifications aren’t coming through. The funding for early years doesn’t cover staff wages so nurseries across the sector can’t afford to pay more than the minimum wage.”

Asked what she would like to see from the government, she replied: “A huge recruitment drive, acknowledgment of the importance of early years and more funding.”

Lisa Dobbs is an NDNA network chair based in Wales and runs the Bridgend College Day nursery. She said: “At our network meetings the top concern is recruitment.

“Some smaller nurseries have had to reduce their opening hours and one well respected nursery with 46 places has closed in our area due to financial and staffing pressures. Sadly a lot of really experienced practitioners are leaving the profession.”

The latest government figures show in England there was a decline of more than 300 nurseries between July 2020 and July 2021.

In Scotland, Sharon Fairley, nursery owner and CEO of the Scottish Private Nursery Association, told the Observer that its members “cannot attract professionals to work within the sector”.

In addition, people are quitting the profession for better paid jobs as a low unemployment rate means it is a job seekers’ market.

Fairley, the director of four nurseries in Edinburgh and West Lothian, said: “We have space for more children to meet the demand from working parents but we cannot guarantee the staff to meet the required ratios.”

June O’Sullivan is the chief executive of London Early Years Foundation (LEYF) – a social enterprise operating 39 nurseries in some of the capital’s most deprived areas.

She said: “If you are thinking how to retain an already shrinking workforce, easing nurseries’ staffing ratios could be the death knell for so many people. Staff already feel undervalued and the existing funding is insufficient without that extra pressure. 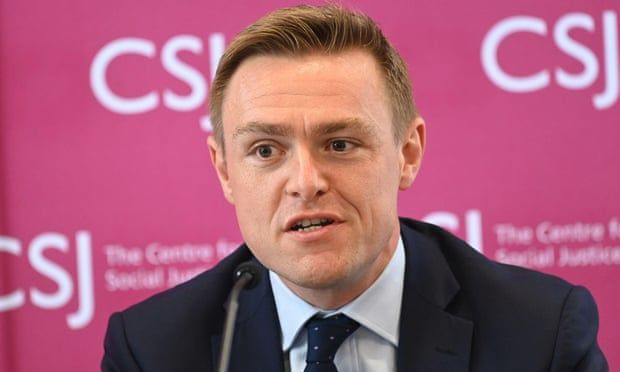 Will Quince, the children’s minister.

“The recruitment crisis is the worst it has ever been. The pool of qualified level-three staff – the bread and butter staff – has really shrunk.”

The organisation has shed a lot of staff across central London as people have been driven out by the high cost of travel and rent, she said. And previously 15% of its staff were European but many have now left the UK.

Nicole Politis, who runs Portico Day Nurseries, has been trying to recruit staff for six vacancies in St Helens and Lancashire but has only managed to interview one person in three weeks. She said: “We are getting no interest. It’s never been this hard to attract people.”

She says many nurseries are struggling amid rising energy bills and business rates. And while they have a waiting list at three of their nurseries they can’t take on more children due to lack of staff. “This could put our free funded places under threat and unfortunately it will be children from low income families that suffer,” she said.

Official data from Ofsted shows nurseries are closing at a higher rate in poor and disadvantaged neighbourhoods.

The children’s minister, Will Quince, has said he will not compromise on safety and quality in striving to deliver value for money for parents and the taxpayer.

A spokesperson said the government was increasing the hourly rates that childcare providers receive and had already announced up to £180m to provide better training and support for staff working with preschool children.

“We are aware of concerns about workforce recruitment and retention and are working with the sector to look further at how we can support providers in this area.

“Ministers are looking at all options to support parents with availability and costs of childcare. Any significant change to regulations would be subject to consultation.”