In 2007, Mina performed in the emirate for the first time and was encouraged to start building a comedy scene

Billed as the UAE's first lady of comedy, Mina Liccione (born Christina M. Liccione) is an award-winning performing artist, comedian and emcee from New York who has made Dubai her home.

In 2008, she co-founded Dubomedy Arts with her husband Ali Al Sayed. The duo also founded the Clowns Who Care Project, which brings joy, awareness, and support to centres for children with special needs, refugee camps and hospitals.

Khaleej Times caught up with her on the sidelines of the Dubai Comedy Festival.

How has the comedy scene evolved in Dubai?

I was first booked to perform in Dubai in 2007 at a Summer Arts Festival. At that time, there was no local comedy taking place here. Like myself, comedians were being flown in to perform. During that trip, I was encouraged by many to come back and start building a comedy scene and lead workshops in Dubai. So, I took the leap of faith. The cornerstone to anything sustainable is education, and I started a Comedy School to help coach folks in stand-up, improv, and sketch comedy writing in a supportive environment, followed by creating platforms for them to perform as the groundwork. It took us months to get a venue to take a chance on local comedy.

Finally, one venue took a chance on us, and Dubomedy launched the first weekly comedy night, Monday Night Funnies, featuring artists who are based in the UAE. And then the phone wouldn't stop ringing! Fast forward to today, and there's a comedy night happening every night of the week in Dubai, and many of them are organised by our workshop graduates. I think it's awesome.

In terms of levelling up, with the likes of Comedy Central, Shahid, Netflix filming original content in the region, major headliners, including the UAE on their tours and the Dubai Comedy Festival, is going strong. Dubai is on the comedy map. It's an exciting time, and I am proud to be a part of it.

How did you break into the comedy scene and what have been some of the highlights of your career?

I started doing stand-up by accident! I'm a Broadway baby (I literally started performing at the tender age of three) and had been touring with Stomp and working with Cirque when I was asked to host a large charitable event in San Francisco. There were major technical issues, so the organiser pushed me on stage and shouted, "do something funny Mina!" I ended up making fun of the situation and interacting with the audience. Now, I know that was what we call "crowd work". Afterwards, many of the guests told me I really needed to start doing stand-up comedy, and one woman even offered me a spot in her upcoming show. So, I did it and haven't stopped since.

Some of the highlights would have to be my first professional gig on MTV's The Grind. It was a - "I can really follow my dream and get paid" moment! I still have that first pay cheque stub, and watching the show with my family shouting at the TV with joy was everything for a 17-year-old!

Some of the most impactful moments of my career were while touring refugee camps in Jordan with my husband Ali every year. We led workshops, performed physical comedy, and listened to their powerful stories. It was a life-changing experience that I'll always cherish.

And getting to perform stand-up in the Kingdom of Saudi Arabia and see the women's faces light up in the audience when I walked on stage was amazing!

Most recently, I created my multimedia one-woman show Growing Up Ringside. It's the most real and raw I've ever been on stage, and it talks about being the daughter of an Italian American boxing promoter and how God's path led me to Dubai. It's the show of a lifetime ... my lifetime, but at its heart, it's a tribute to an unbeatable father/daughter relationship. His health wasn't good. So, we started working on this piece virtually, as he's in New York. The show debuted at the Dubai Comedy Festival last year, and I was able to bring the show to New York to close out the ROC NY Fringe Festival so my parents, grandparents, family, and friends could experience it live despite the Covid-19 pandemic. I'm excited to tour the show and honour both my New York past and Dubai present, helping to real negative stereotypes on both sides of the cultural coin.

Full disclosure, I became a mom of twins at 40. I referred to giving birth as "opening night!" That same year I went back to perform on Broadway as part of Stomp's 25th anniversary, filmed my first Comedy Central Special and was cast in Shahid's Stand-up Sketch Show! Crossing 40 can be a scary thing for female entertainers, but I gotta say, it's going great so far! 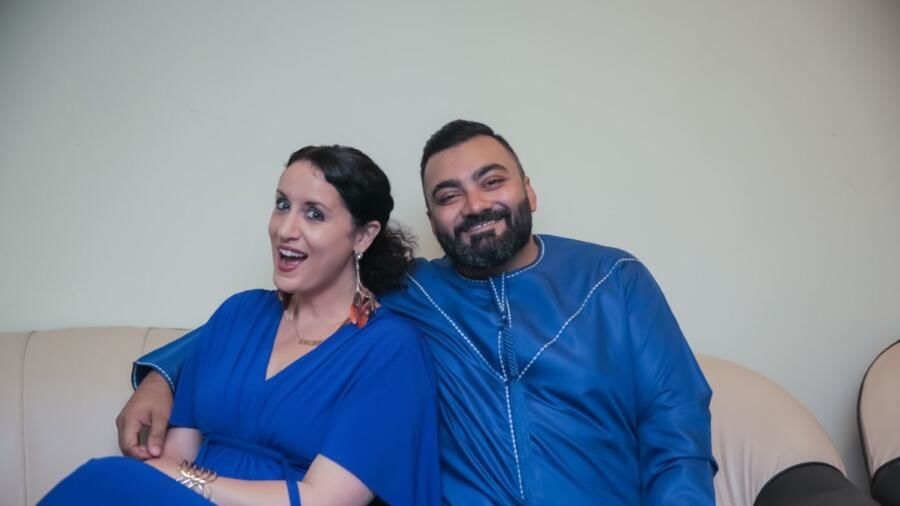 How did you meet your husband, Ali Al Sayed?

There are two versions of this story. The long version (mine) and the very short version (his.) So, I'll quote Ali and say, "We met through mutual friends." It was like an arranged comedy partnership! Everywhere I went, I met someone who said, "you need to meet Ali; you have the same passion for comedy and building a community."

What inspired you and Al Sayed to start Dubomedy, and what has been the journey like so far?

Back in 2008, a local comedy scene in the UAE didn't exist so we wanted to build one. Our mission was to bring people of diverse cultural backgrounds together for a laugh in hopes of breaking stereotypes and building a bridge between locals and expats through humour. We pioneered Dubomedy to act as a home to our Comedy School and comedy nights which quickly built up to Festivals, Clowns Who Care Project, Improv' Troupe and our beloved Funny Girls UAE. Funny Girls UAE was the first all-female stand-up troupe in the region, and it was something very, very special and important to us. We wanted to mentor women, empower their comedic voices, and offer them platforms to perform on. Every year since 2011, we've gone on a tour combining stand-up with Breast Cancer Awareness and doing shows at universities, women's only clubs, festivals, you name it! 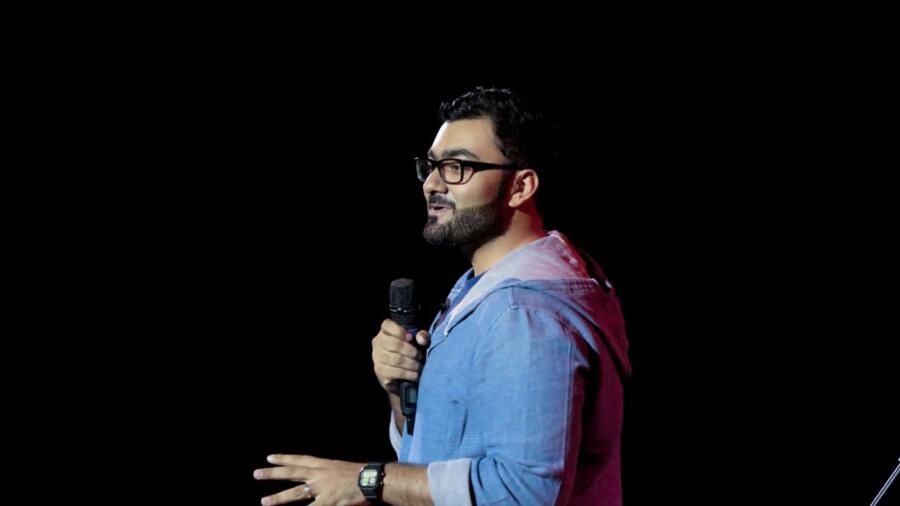 What does the future of comedy look like for Dubai?

Creating more digital content in the future (like most art forms) and the next step is creating a Comedy Industry.

Stay humble, be kind to other comedians, and keep writing.

Comic entertainers, also called jesters or court fools, have been around from the days of the Egyptian pharaohs but stand-up as a western art form has its roots in the traditions of the late 19th and early 20th centuries, from vaudeville, burlesque and English music hall. The first documented use of stand-up as a term was in 1911, describing a Miss Nellie Perrier delivering" 'stand up' comic ditties in a chic and charming manner"

Founded by Ali Al Sayed and Mina Liccione in 2008, the comedy club produces stellar festivals, events throughout the year, and uses comedy as a tool to bring people of diverse backgrounds together for one big laugh. Their shows are held at various locations across Dubai.

Located in Al Quoz, Courtyard Playhouse is Dubai's only KHA licensed Improvisation Theatre and Training Centre. Founded in 2013, the small theatre venue offers a programme of improvisation, acting workshops and performances for children and adults.

The dhow shaped 2,000-seat, multi-format, performing arts centre, in Downtown Dubai is largely known for music and arts events but the place has also hosted leading comedians including Jack Dee and Bill Bailey.

With a seating capacity of 17,000, this multi-purpose arena in City Walk is the perfect venue for big-ticket comedy shows. Russell Peters is among several global superstars who have performed here.

The popular Irish pub at the Bonnington Hotel in Jumeirah Lakes Tower's (JLT) Cluster J is another popular venue for comedy nights.