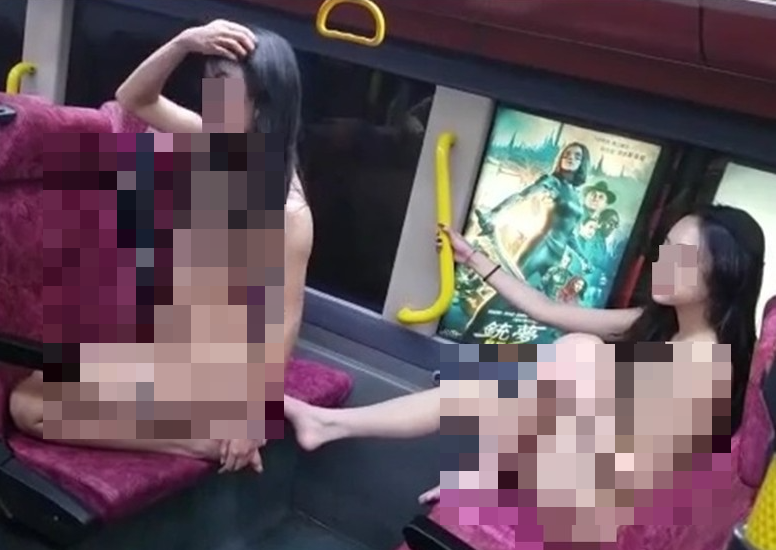 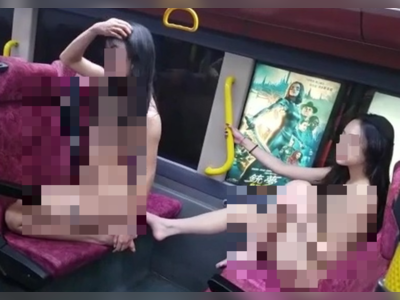 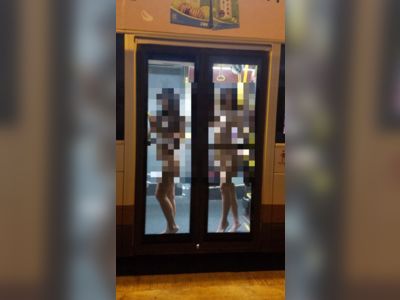 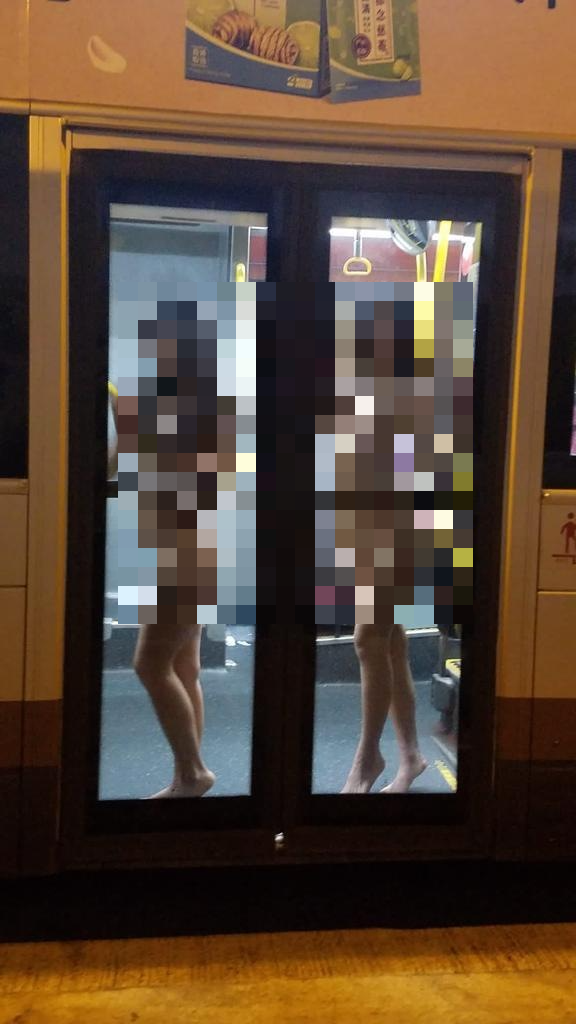 The video and pictures were shared onto online forum HK Golden on Wednesday, showing two young women posing on the lower deck of a KMB double-decker that was parked at an outdoor bus station at night.

The naked women did not appear to be shy when they posed on the seats. Another snap showed them leaning onto the bus's glass door while a photographer took pictures from outside the bus.

Netizens deduced that they took the photos two years ago based on a movie poster that was put up at the bus station. The movie screened in early 2019.

The link to the video has subsequently been deleted from online discussion forums.

A KMB unionist Lai Siu-chung said lights on buses can only be activated by tapping staff cards. He believed the duo managed to get their hands on a staff card and sneaked onto an empty bus at night.

KMB said that it was unable to confirm the incident as it was unsure of the date of the incident and which bus route was involved, adding it has no further information to provide.

Barrister Albert Luk Wai-hung said that the women's actions may have breached the Crime Ordinance, which stated that a person who indecently exposes any part of their body in public view without lawful authority or excuse will be fined HK$2,000 and imprisoned for six months.

Luk said that the women's actions may also constitute as “outraging public decency.”

“Outraging public decency is a common law offense, carrying a maximum prison sentence of 7 years. But whether the women can be charged with this offense depends on the seriousness of their actions in the bus,” he explained.

In 2018, photos of a young woman taking off her shirt on the upper deck of a KMB bus also went viral on the internet.

At the time, KMB also refused to comment and no one was held accountable.