Meng’s flight was one of the most watched in the sky, with more than 9,500 people tracking its progress at one point on the website FlightRadar24.

Meng Wanzhou’s chartered homecoming flight was the most tracked plane in the sky on Saturday, as a jubilant Chinese public watched the years-long, multilateral legal battle over the Huawei Technologies financial chief’s business dealings finally come to a close.

As of 7pm on Saturday, more than 9,500 users of FlightRadar24, a flight tracking website, were fixated on the aircraft’s journey from Vancouver to Shenzhen, the home base of the tech giant founded by Meng’s father, Ren Zhengfei.

Meng’s chartered Air China flight, CA552, was the only international arrival scheduled for Shenzhen’s Baoan airport on Saturday, according to the information board in its largely deserted arrivals hall. Due to the coronavirus pandemic, Shenzhen gets virtually no international flights.

Meng reached a deal on Friday with prosecutors in New York that effectively resolved a US fraud case that had kept her in legal limbo in Vancouver for nearly three years following an extradition request.

Canadians Michael Kovrig and Michael Spavor, who were arrested in what was seen as retaliation for Meng’s arrest around the same time, were simultaneously released and boarded a flight home at 7.30am local time along with their country’s ambassador to China. 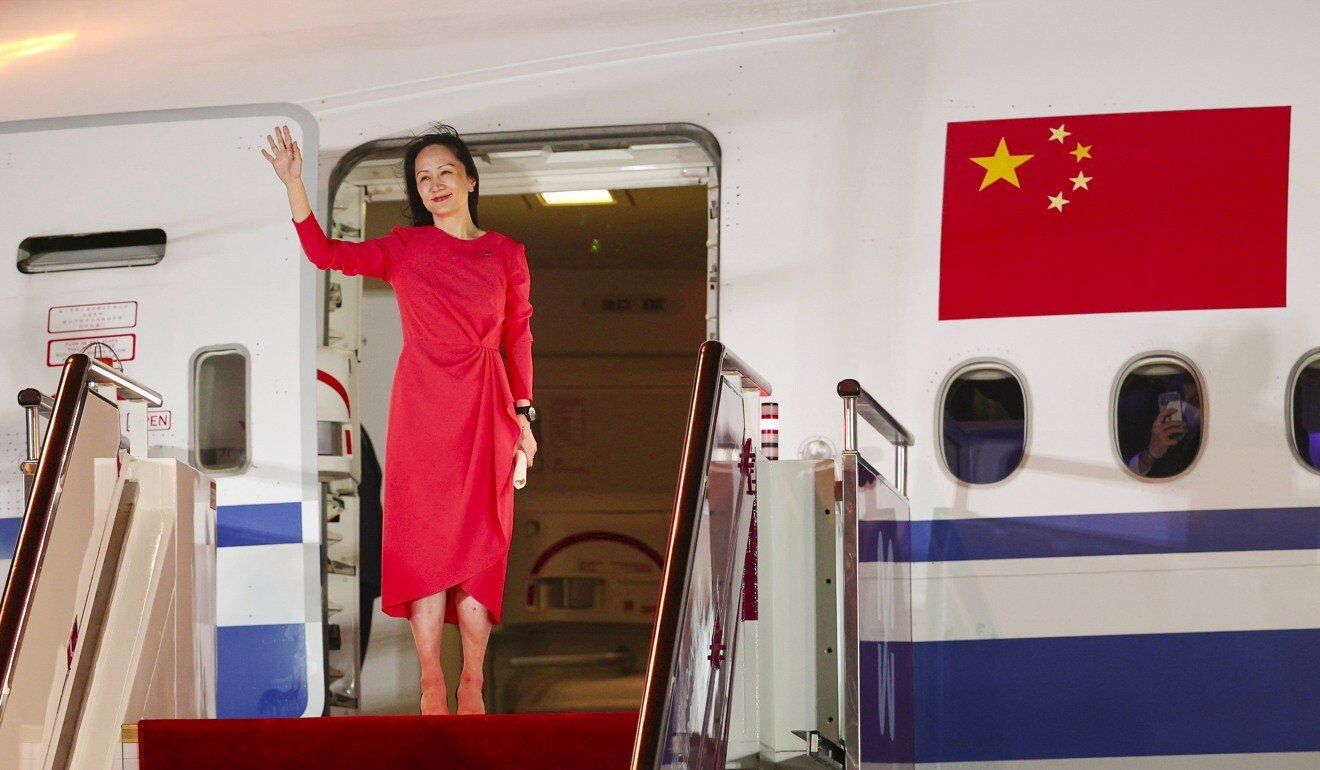 Meng Wanzhou waves to a cheering crowd as she steps out of a charter plane at Shenzhen’s airport on Saturday night.

It remained unclear what aircraft ferried the so-called two Michaels back to Canada, and public flight tracking for the pair’s plane appeared unavailable.

As Chinese internet users kept a close eye on Meng’s return, speculation circulated about her flight path, with some claiming it had been chosen to “deliberately” steer clear of US airspace over Alaska.

In a tweet, FlightRadar24 appeared to endorse that interpretation, saying: “It looks like the flight was avoiding US airspace, including Anchorage Arctic [Flight Information Region], that stretches up to the North Pole.”

It also posted an image of Meng’s circuitous route over the Arctic alongside one of a typical Vancouver-to-Hong Kong route, which passes near Anchorage.

Vancouver flights to Guangzhou, another nearby point of comparison, do not typically take the polar route that Meng took, according to a mainland Chinese aviation expert who declined to be named.

However, flights from North America to Asia often did take that route for a variety of operational reasons, they added.

Meng’s flight landed in China at about 9.50pm on Saturday evening, with the executive receiving a hero’s welcome from the assembled crowd as she stepped onto the tarmac in Shenzhen wearing a red dress and carrying a bouquet of roses.

State media have portrayed the resolution of her case as a sign of a strong country and a diplomatic coup for Beijing.