The hymen – or the vaginal corona, as some believe we should now call it – has been a centre of scrutiny and anxiety for centuries. How can we put an end to the myths around it?

"Am I virgin?" asked the stranger across the internet, matter of factly, in Sarras Sarras's inbox. Sarras wasn’t sure how to reply. It was the first time she had been sent what she describes as a "vagina selfie".

At the time, Sarras was an admin on the Love Matters Arabic Facebook page, which delivers relationships and sex education in Arabic on social media. "She said she had had a relationship and now she was getting engaged and wanted to make sure she was a virgin," Sarras explains. Then she pauses, and grimaces. "I hate this word: maftuuha – she asked if she was that, she asked if she was 'opened'."

What the stranger was really asking was if Sarras could see her hymen – and tell her if it was "intact" – because of the pressure in her community to be a virgin at marriage, and for her husband to see this, visibly, in the form of blood. This belief that the hymen provides physical "proof" of sexual history is the premise of virginity testing, a practise condemned by the World Health Organization in 2018 as a human rights violation. Such tests can take different forms; everything from physical examinations of measuring a hymen or vaginal laxity to wedding night rituals where a bloodied bedsheet is expected to appear, and even be shown to the bride and groom's families.

Despite this having no scientific basis – and despite virginity itself being a social construct with no biological reality – millions around the world continue to believe that a woman's sexual history is somehow writ into her anatomy, and that all cisgender women bleed the first time that they have sex. Neither, of course, are true – yet such beliefs can be found in languages, religions and communities across the globe.

In my book Losing It, I tried to build a kind of cartography of the hymen myth – charting the questions people like Sarras ask about it, where and by whom these beliefs are endorsed, and whether it's a dearth of scientific research that is behind its lingering power.

I found plenty of scientific research dispelling the myth. But I also discovered a world where some physicians endorse the idea, numerous legislative bodies uphold it, and where there is often a complete disregard for accurate information about the hymen in sex education across the globe. 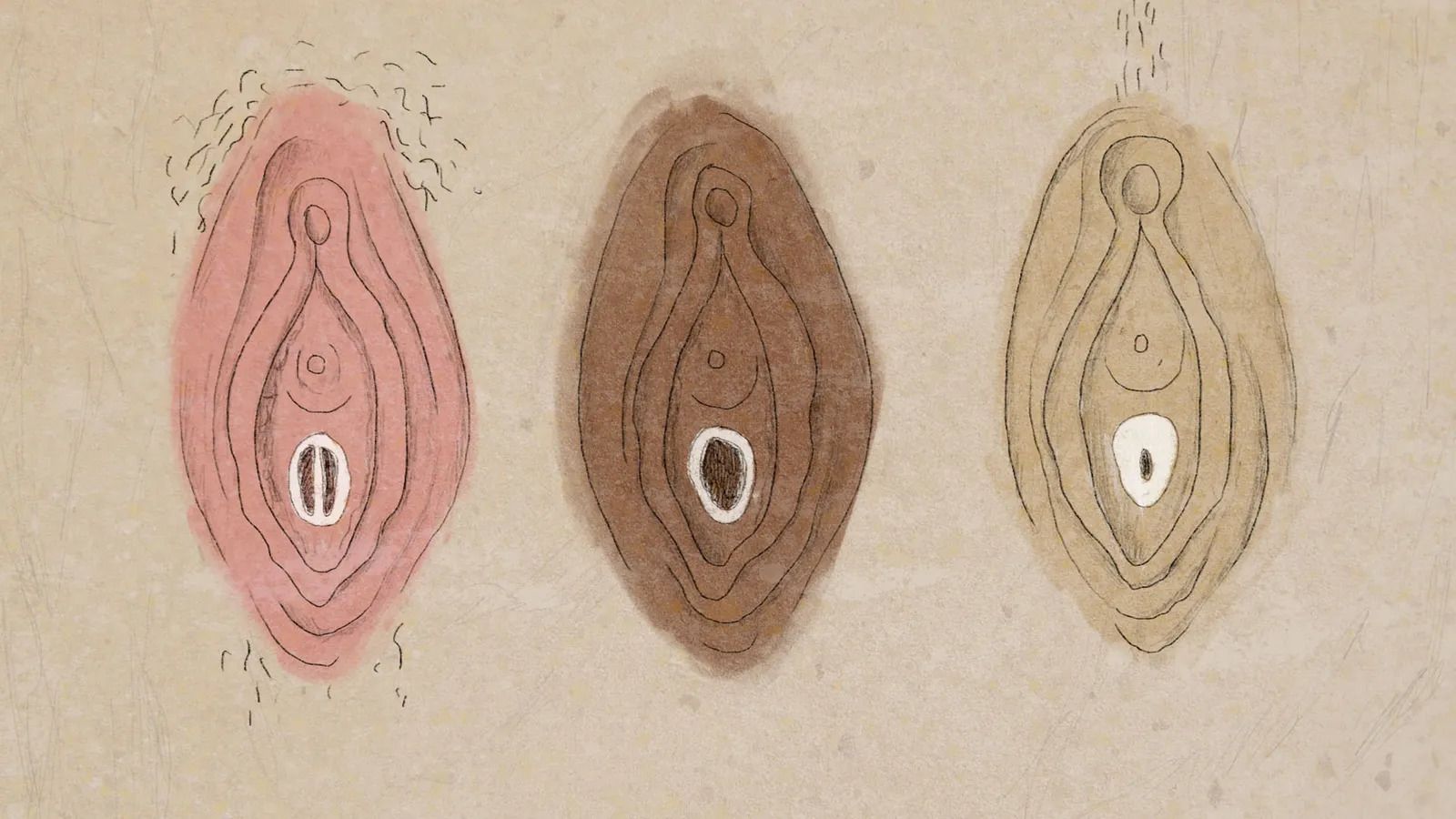 In humans, hymens can vary massively – and given their seeming purposelessness, we still don't know why they evolved

The hymen is a small, membranous tissue that may be found near the opening of the vagina. It is really quite incredible that a tiny piece of seemingly purposeless tissue has been ascribed so much factually inaccurate purpose. There is some debate among the scientific community about why the hymen exists in the first place. Is it a leftover from when our prehistoric mammalian forms slithered out of the water and onto land? Is it there to help faecal bacteria not slip into the vagina in infancy? No one really knows. The tissue seems to have more of a purpose in some other species – guinea pigs' hymens dissolve when they go into heat and then regrow when they're finished, for example. But ours perform no such fancy escapades.

For those of us with vaginas, hymens can vary massively. Few of us will have ever seen this kind of diagram growing up, which shows what they can look like.

Many people erroneously believe that the hymen seals over the vagina, not realising that that would mean a woman wouldn't be able to menstruate (a minority of people do have this condition, and can get a hymenectomy to help open the channel). Instead, most hymens have an annular or crescent-moon shape, and may take many forms of varying thinness and thickness. Few of us would have been told that it can change with age, that some of us aren't born with one, or that it might totally disappear by the time we enter sexual maturity anyway. Or that a wide variety of activity can stretch or tear it, from exercise to masturbation to, yes, penetrative sex.

But this doesn't mean there's any validity to the idea that you can ascertain sexual activity with a hymen examination. One small study of 36 pregnant teenagers published in 2004, for example, found that medical staff were only able to make "definitive findings of penetration" in two cases. Another 2004 study found that 52% of sexually active adolescent girls interviewed had "no identifiable changes to the hymenal tissue". A binary idea that either we are sexually active and have no visible hymen, or that we aren't sexually active and do have one, is simply not accurate.

Blood on the bedsheet, a type of virginity test used around the world, is also based on falsehoods. Some hymens may bleed when first stretched if the act is abrupt or if you aren't relaxed, but any blood is actually far more likely to come from lacerations to the vaginal wall due to forceful sex or a lack of lubrication. Bleeding from first-time sex may or may not happen, just like bleeding from anytime sex may or may not happen. Reasons for bleeding during sex include feeling anxious, not being fully aroused or experiencing some aggravation from things like infections. When one obstetrician surveyed 41 of her colleagues, asking them if they bled the first time they had sex or not, 63% of them said that they had not. 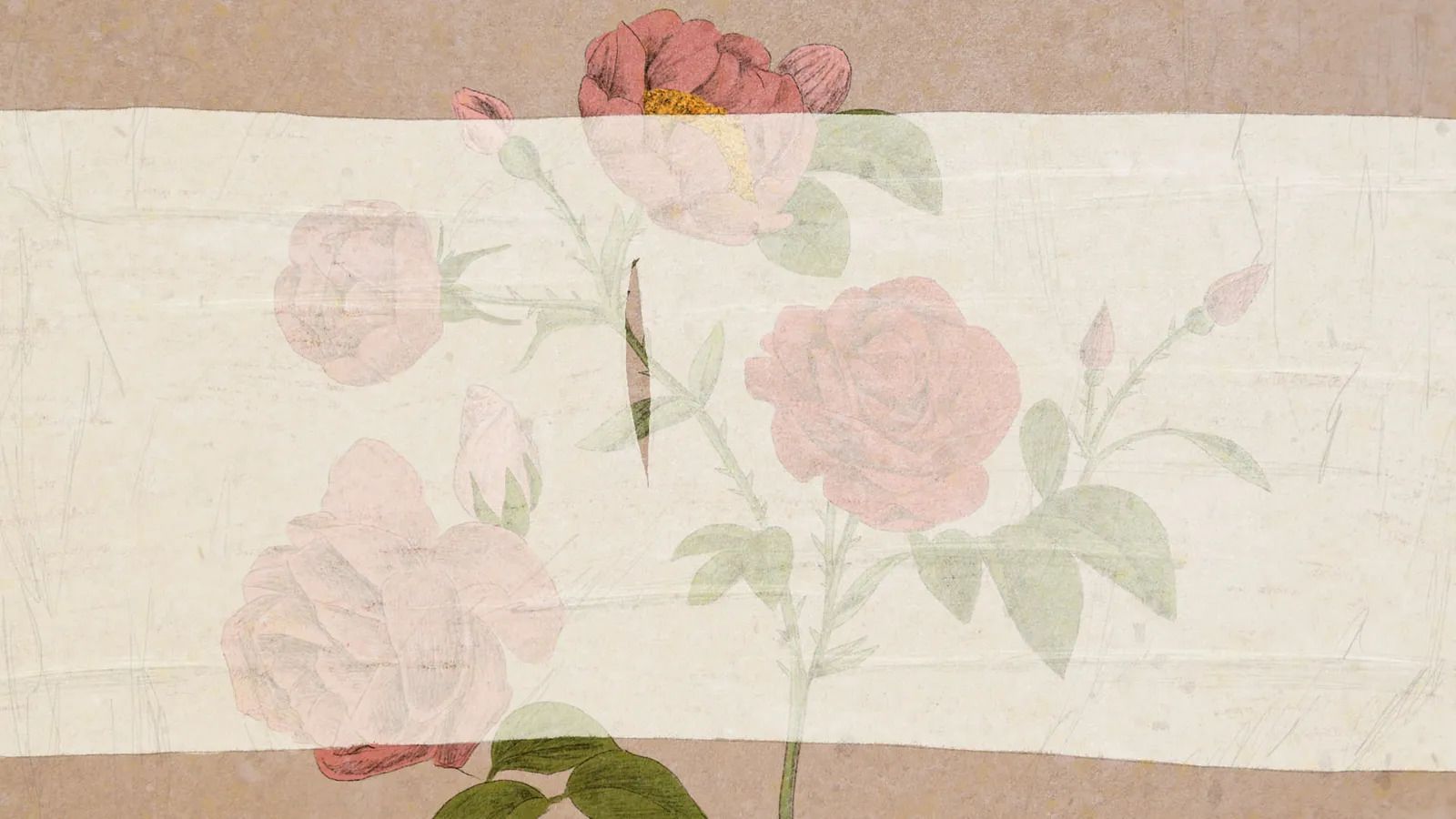 In many cultures, blood on the bedsheet is a sign of losing one's virginity – but one survey found this does not happen for six in 10 women

But in countries that continue to put a high value on virginity and police female sexuality, there is little space for this biological nuance. A 2011 study at Dicle University in Turkey found that 72.1% of female students and 74.2% of male ones believed that the hymen symbolised virginity; 30.1% of the men stated that "the blood-stained bed sheet" should be displayed to the family on the day of marriage.

This can have a profound impact on women's ability to access positive sexual health, preventing them from exploring their sexual identity and causing anxiety around sex. A social study in Giza, Egypt, found that most women interviewed experienced anxiety and fear before their wedding night, and pain and panic during and after, because of ideas around virginity and the hymen. In a Lebanese survey of university students from 2013, nearly 43% of women interviewed said they would not have premarital sex for fear of not bleeding on their wedding night. Another study from Lebanon, this one from 2017, found that of 416 women interviewed, about 40% of them reported having anal or oral sex to protect their hymen for marriage.

The hymen myth doesn't just affect women's sexual wellbeing and indeed equality – it can impede their access to justice. Pakistan has only recently banned virginity tests for rape survivors in court cases; several countries, particularly in Asia, the Middle East and northern and southern Africa, still perform them.

And many doctors worldwide offer highly profitable hymen repair as a surgery for women who have had pre-marital sex and fear the consequences if discovered. As I wrote my book – a year before politicians decided to outlaw the procedure in the UK, in January 2022 – I emailed a London surgeon about virginity tests. His assistant told me that I'd be able to get a medical report confirming I had an intact hymen after a £300 ($390) consultation, if I had one. If I didn't, a £5,400 ($7,000) hymen repair surgery awaited me – after which I would be issued with the same medical report. 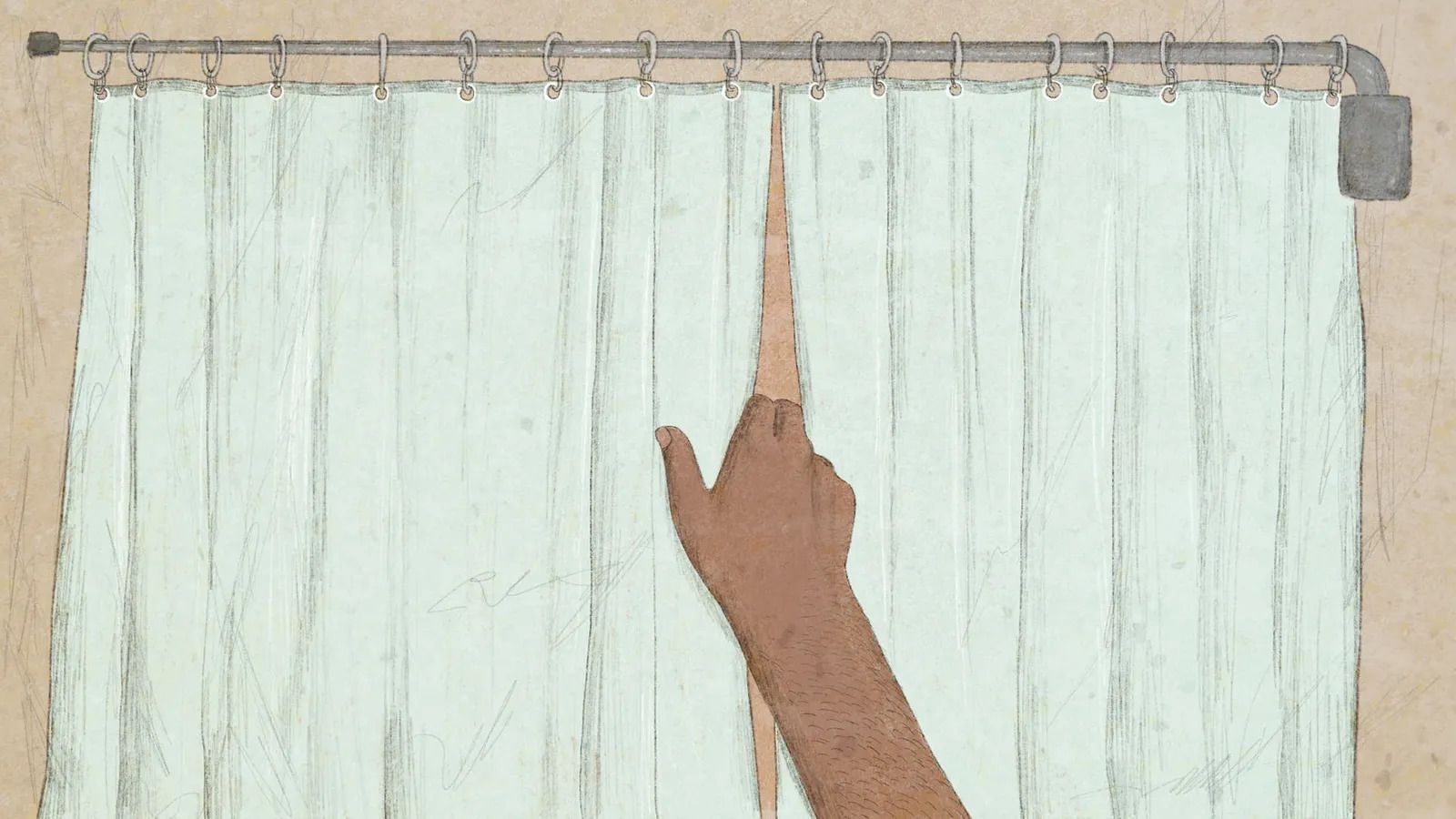 In many countries, a "virginity test" is also known as the "two-finger test" for the invasive way in which it is done

As the law that will ban hymen repair in the UK works its way through Parliament, it is clear some surgeons are holding out to the very last, still offering services on UK soil. Online, one London surgeon continues to claim hymen repair may be "beneficial for women who may have experienced vaginal damage due to sexual intercourse or strenuous physical activities". (Of course, if a hymen serves no biological purpose, what is beneficial about invasive surgery in the area?)

Falsehoods flourish on the websites of clinics around the globe

So how do you end the hymen myth? Bringing attention to some of this research would be a start, as would changing legal practises that endorse virginity tests and preventing healthcare professionals from misleading people. The issue is that many of these ideas are not only inculcated over generations; they are supported by ideas that don't necessarily need or acknowledge what science says. If you believe in the cultural idea of virginity, and support the gender inequality behind it, seismic societal change might have to take place to make you think otherwise.

Some believe that one way to end the myth once and for all is to change the hymen's name entirely. Given so many languages literally name it the "virginity membrane" – including Arabic and Czech – this seems like a good idea. 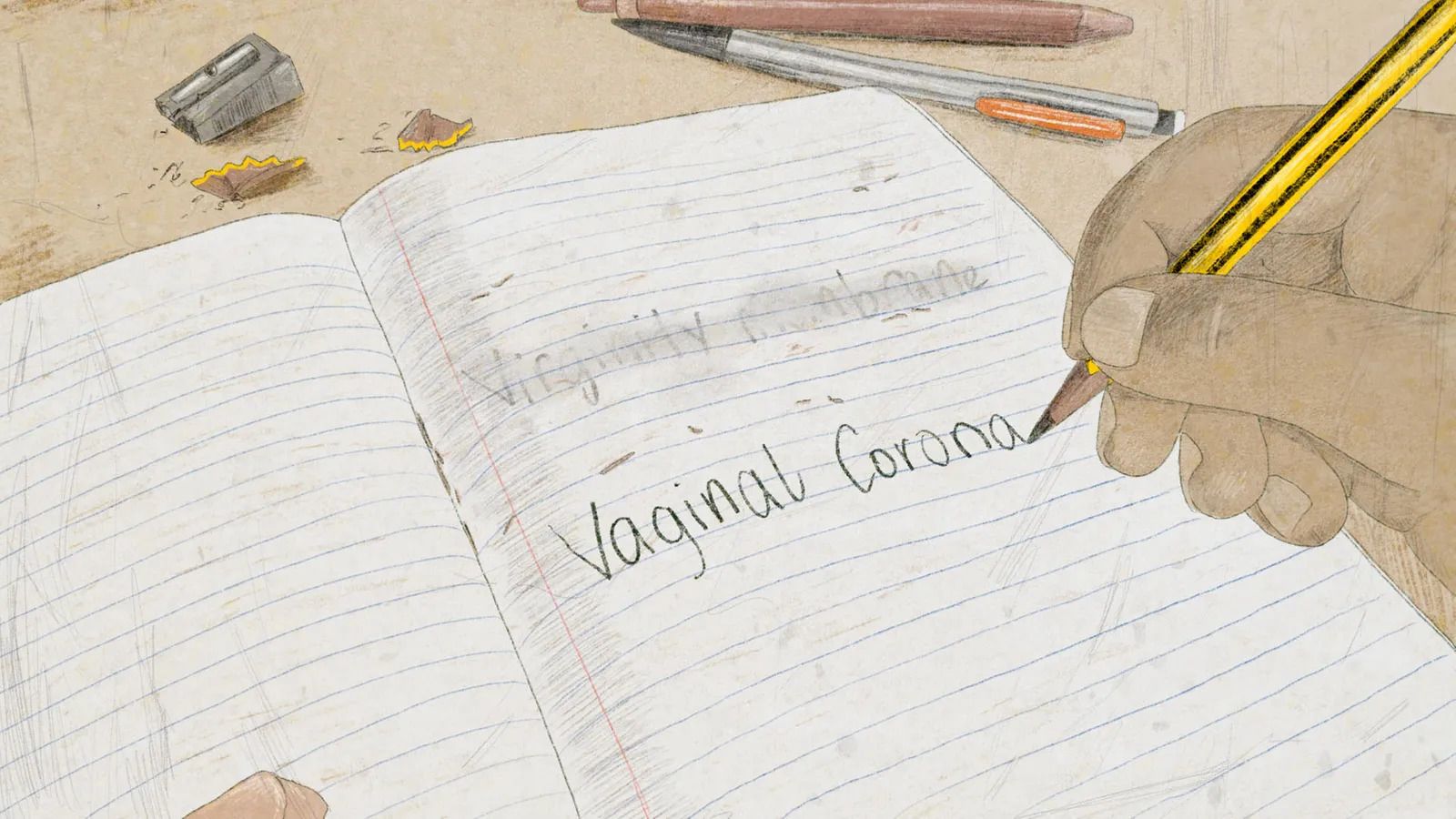 Indeed, research has found that renaming the hymen might actually work in changing perceptions. In 2009, the Swedish Association for Sexuality Education decided to transform their "virginity membrane" word, mödomshinna, into "vaginal corona", slidkrans. They started using it everywhere: pamphlets from sexual health services, newspapers, Sweden's official language planning body and in all the association's future communications.

Almost 10 years later, researcher Karin Milles learned that 86% of surveyed health professionals had used the word "vaginal corona" in their clinics and class visits. And while only 22% of young people had heard of it, fewer were showing signs of viewing the hymen in a traditionally patriarchal fashion. Many who didn't necessarily use the new word were still parroting the sex-positive phraseology from the association's pamphlets. Of the few that did know the new word, a majority described mödomshinna as "a myth". Others stated simply that "it does not exist". And many pointed out that the idea was old or something they'd believed before, in childhood or before someone told them it was a lie.

A language shift doesn't happen overnight, but it's a start. There are many sex educators in the English-speaking world who also believe that we should be adopting vaginal corona too. Our own word comes from the ancient Greek god, Hymen – who, tellingly, was the god of marriage – and myths around the membrane have indelibly tarnished our own word for it. But where the Swedes have found success is that they didn't only change the word; they explained why they changed the word, too, to young people and medical professionals.

As governments around the world seem to take an increasing interest in banning practises like virginity testing and hymen repair, they would be wise to consider that the reasons behind their bans make it into classrooms and lecture halls. That way, we might never let these dangerous myths appear ever again.