Over the past few years, Gundel has faced mixed opinions. With a huge upgrade and a return to the classics, this legendary Hungarian restaurant is back.

The history of the country’s most well-known restaurant began in the 1860s, when the opening of a zoo was accompanied by a new restaurant in City Park. The establishment was managed by János Klemens, who was replaced by Ferenc Wampetich in 1889. Wampetich is responsible for having a new building, the one which can be seen today, constructed in place of the old restaurant. Wampetich had the restaurant reconstructed with architect Bauer Ervin For the Millenium Celebrations of 1896. The Wampetich name soon reached everyone’s ears in Pest, the restaurant was even brought up in songs, with writers, politicians, artists, and their entourages visiting often. Wampetich’s son died young, while in his later years, the owner could not modernize the restaurant. And so it happened that in 1910 the already legendary establishment was taken over by Károly Gundel, who had migrated to Hungary from Bavaria 13 years prior. Gundel, of course, put the restaurant under his own name. 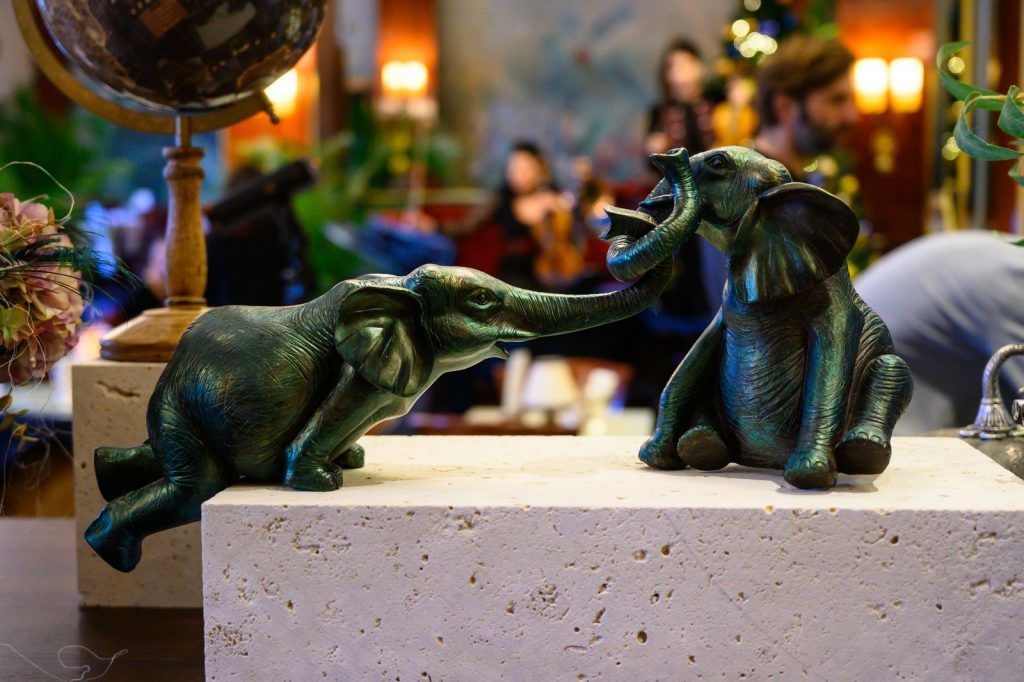 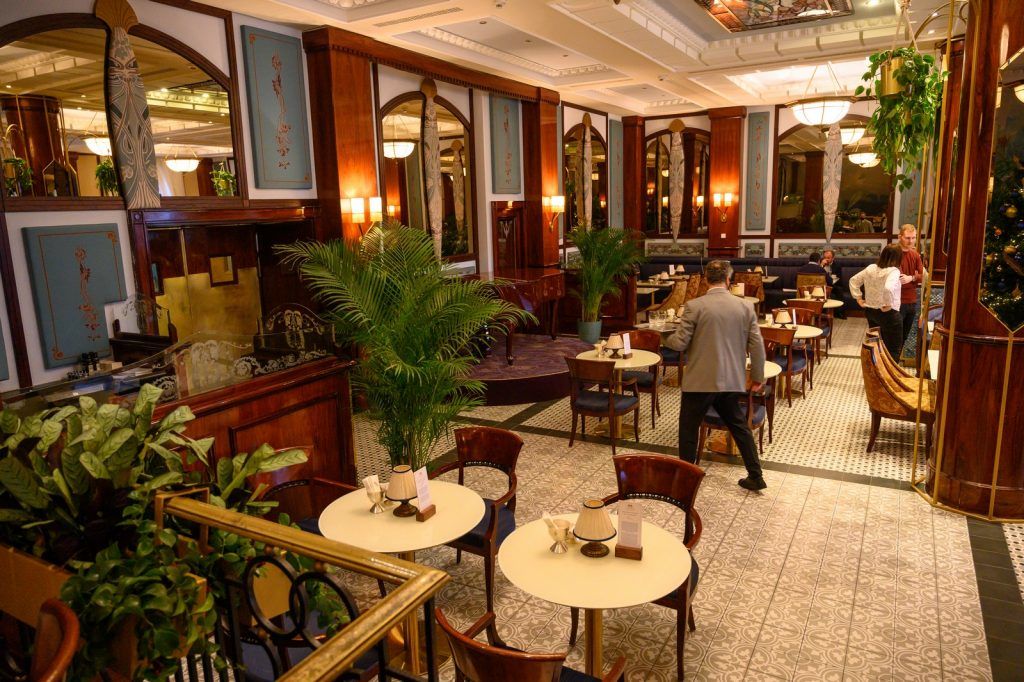 Károly Gundel’s talent in the service industry was unmatched, he treated all his guests as if they had just come over for a visit. The new restaurant soon surpassed even its predecessor, since Gundel had started localizing dishes that would make up the foundations of modern Hungarian cuisine. Gundel crapes are common knowledge, but few people known about the localization of dishes from breaded chicken all the way to chicken paprikash and Hungarian cream puffs, just about all big hits of Hungarian cuisine come from here. Gundel was the first to serve cucumber salad, a truly luxurious product back then, since cucumbers were not widespread in Hungary. This is also where Hungarian trifles, Rákóczi Cheesecake, and Palóc soup were born. In fact, Gundel even expanded the reputation of gulyás to a wider circle. 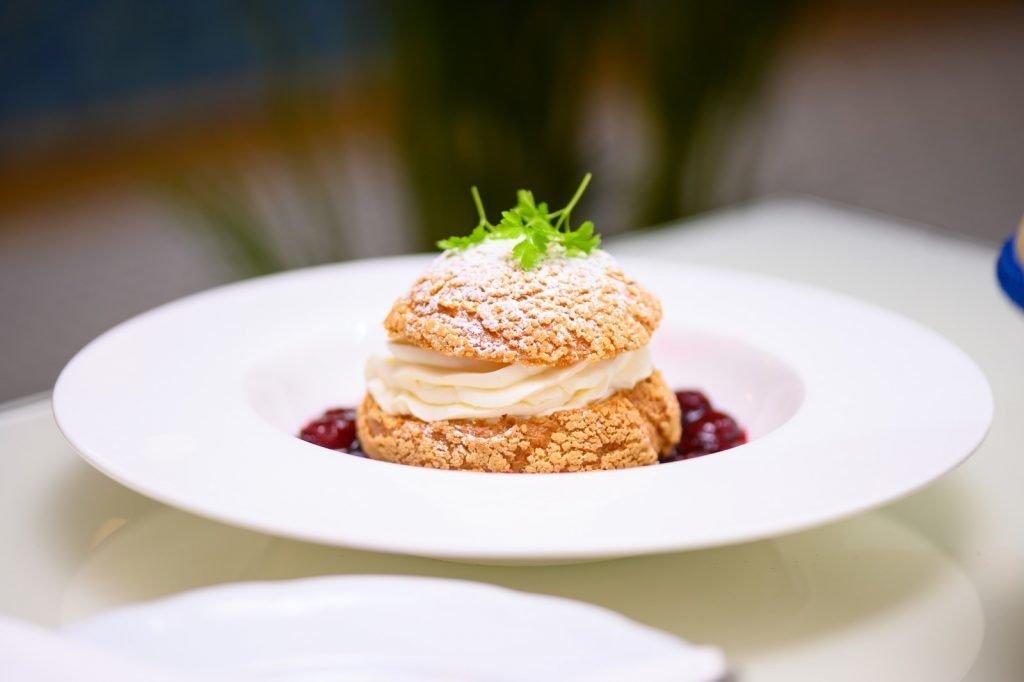 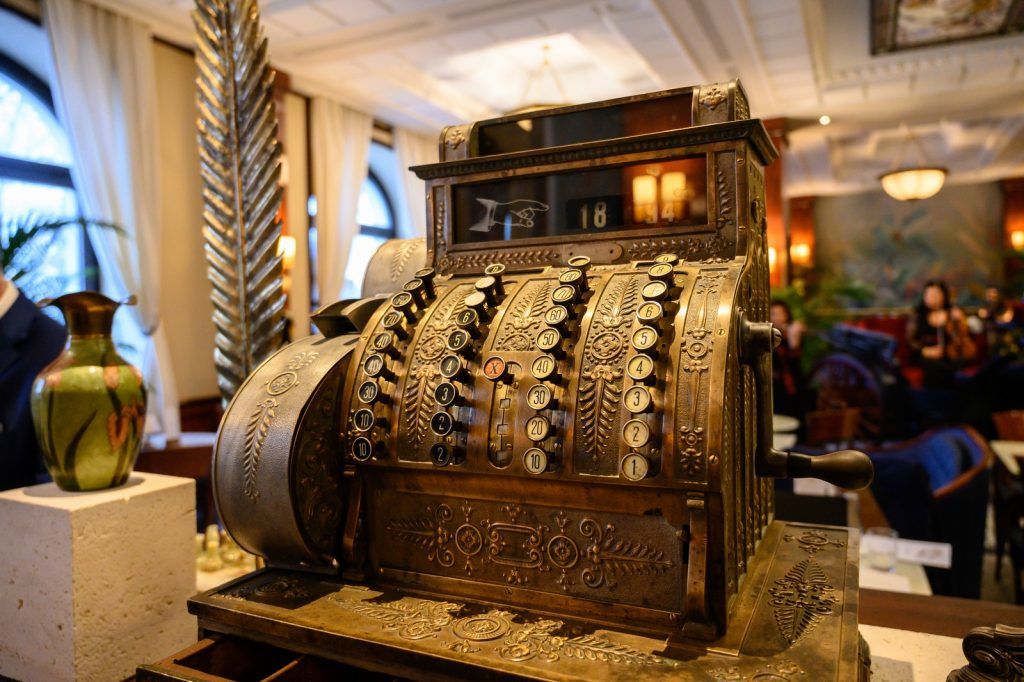 Following the successful operation of the restaurant, Gundel took over the equally legendary restaurants of the Gellért Hotel and Royal Hotel. In 1939, the name Gundel was synonymous with Hungarian hospitality. At the 1939 New York World’s Fair, he was responsible for running the restaurant of the Hungarian pavilion. He was determined to stick to ingredients from home, which was why, one year prior to the fair, he sent seeds to farmers in New York, who thus ended up growing Hungarian tomatoes, peppers, and other vegetables. In the photos of the time, people can be seen sitting on the stairs between the pavilion and the restaurant above it, waiting to get to Gundel. 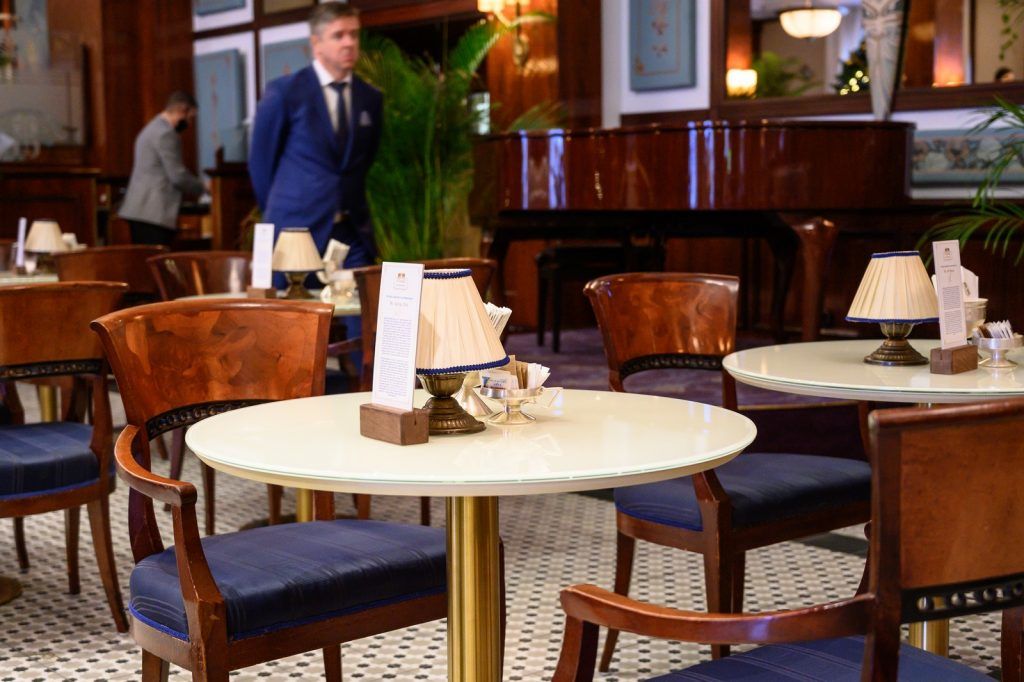 In 1949 Gundel became state-owned, and for a short period even its name was changed to May First. But the success of previous years had not passed without a trace, and even menacing communist leaders knew that Gundel needed to stay Gundel, thus the name of the restaurant was quickly given back. Luckily it could even maintain its quality for a period during the nationwide collapse of gastronomy, since Elek Réhberger remained head chef until 1957. He was known for keeping the legacy of the Gundel “family” alive in the restaurant. But goulash communism reached Gundel too, and its standards quickly plummeted due to the mandatory provision of industrial catering. Even after the regime change, the restaurant was looking for its place, with owners coming and going. Now however, it appears that that place has been found. 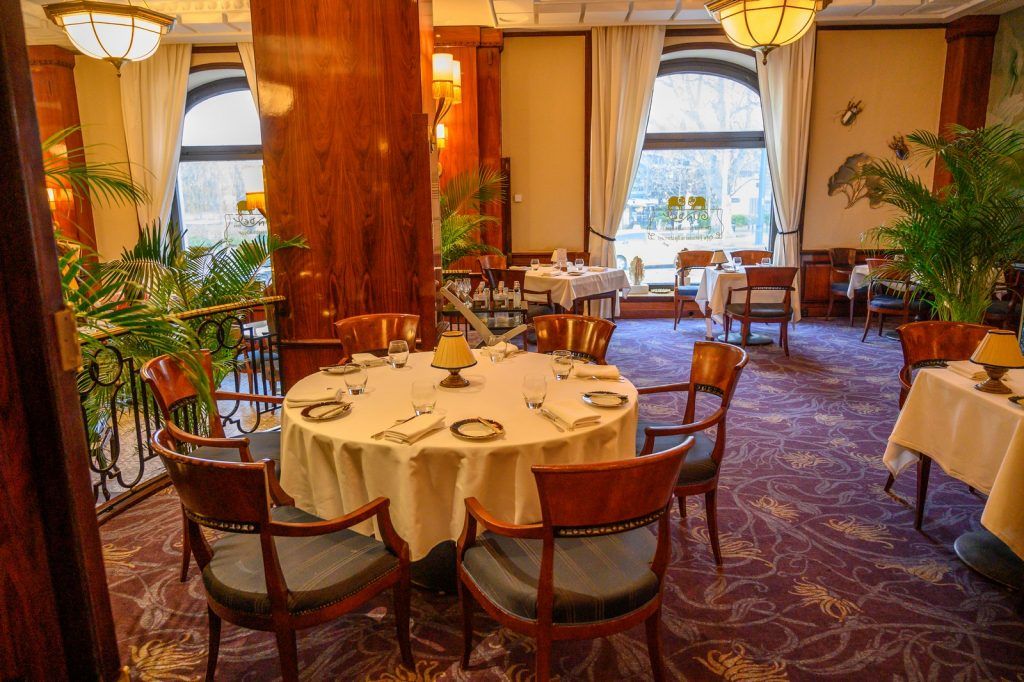 Gundel had to close last year because of Covid as well, but that closure was like the spark of a new beginning. The restaurant was taken over by Eventrend Group, appointing Viktor Moldován, trained at Gundel, as its head chef. With András Wolf as corporate chef, the two brought back the brilliance of classic Gundel. 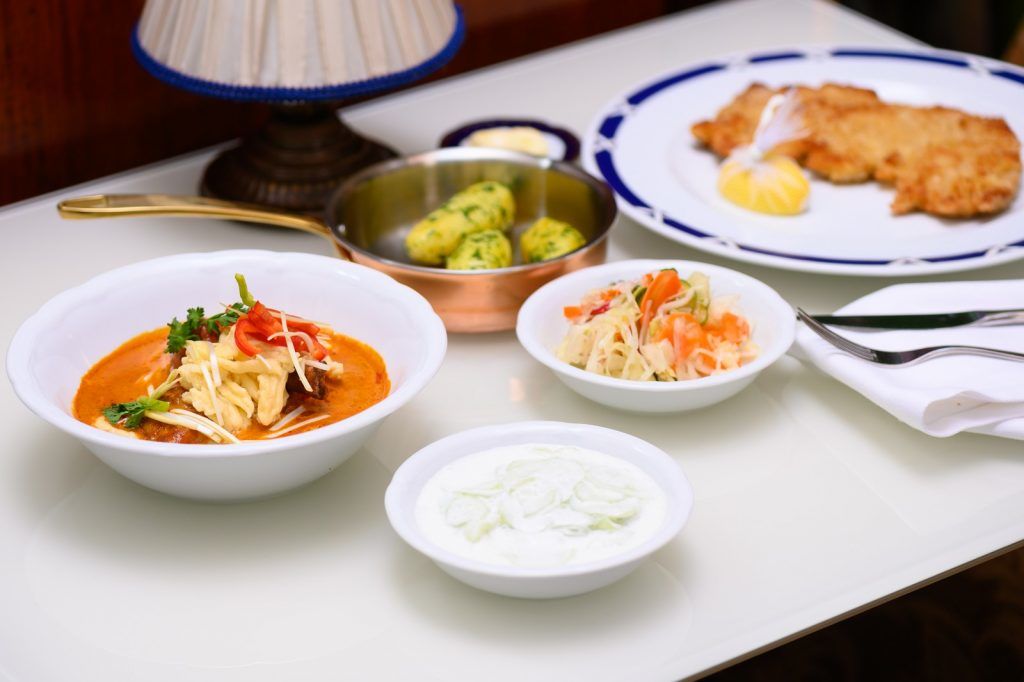 They did not want to “rethink” the already exceptional foods which started their conquests of excellence here, but they wanted to think them through. The legendary dishes were put back on the menu, without any pointless modifications. Chicken paprikash, Palóc soup, Hungarian wiener schnitzel, and all their friends are available like in any other Hungarian restaurant, but now in decent portions, beautifully presented. 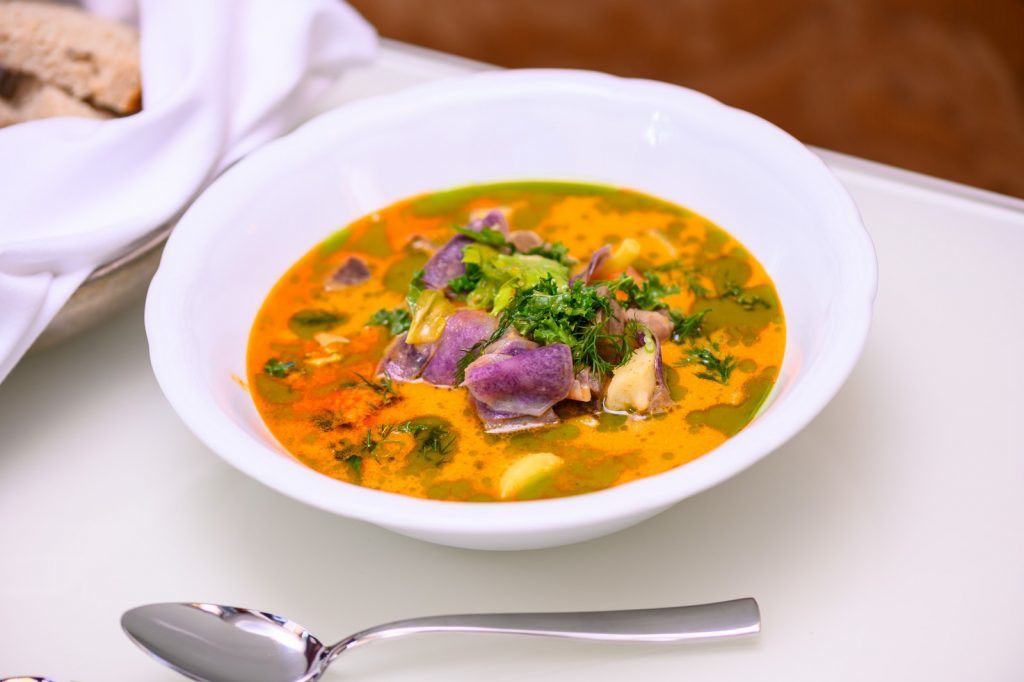 There was a need for some changes, however, since what was served one hundred years ago may not stand its ground in today’s culinary world. Gundel crapes are a great example, as the sour, poor quality chocolate sauce prepared from artificial cocoa powder was removed and replaced by a dessert of bountiful nuts, real chocolate, and exceptional ingredients, which even Károly Gundel would be proud of. 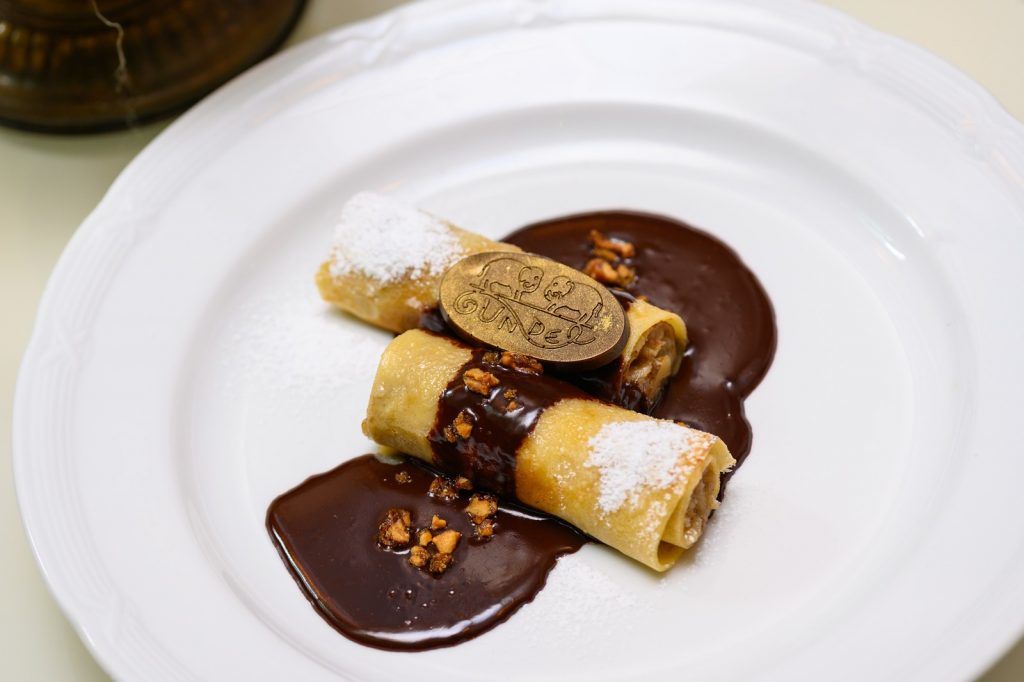 The two time periods meet in the chicken paprikash, as one chicken is cooked through according to the style of the classical school (the old school left the stewing out of the stew), while the other chicken is cooked in a few minutes to keep it savory (but not uncooked). 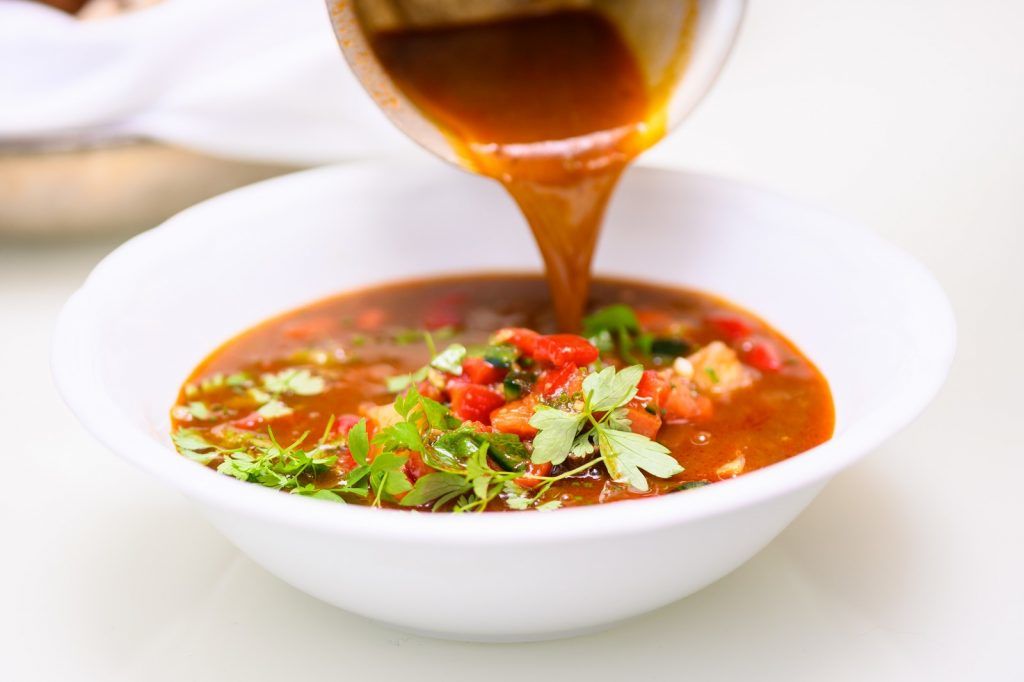 The interior bar has been completely renovated, I would not use the word modern, as it feels to be more of a mix between the mood of the time with a bit of Gatsby-like luxury, peacock blue, and golden linings. There is a fiacre in the middle of the room, where Roma musicians will often perform their legendary coffeehouse songs like they once did. But for the first time in the course of history, female Roma musicians perform as well. 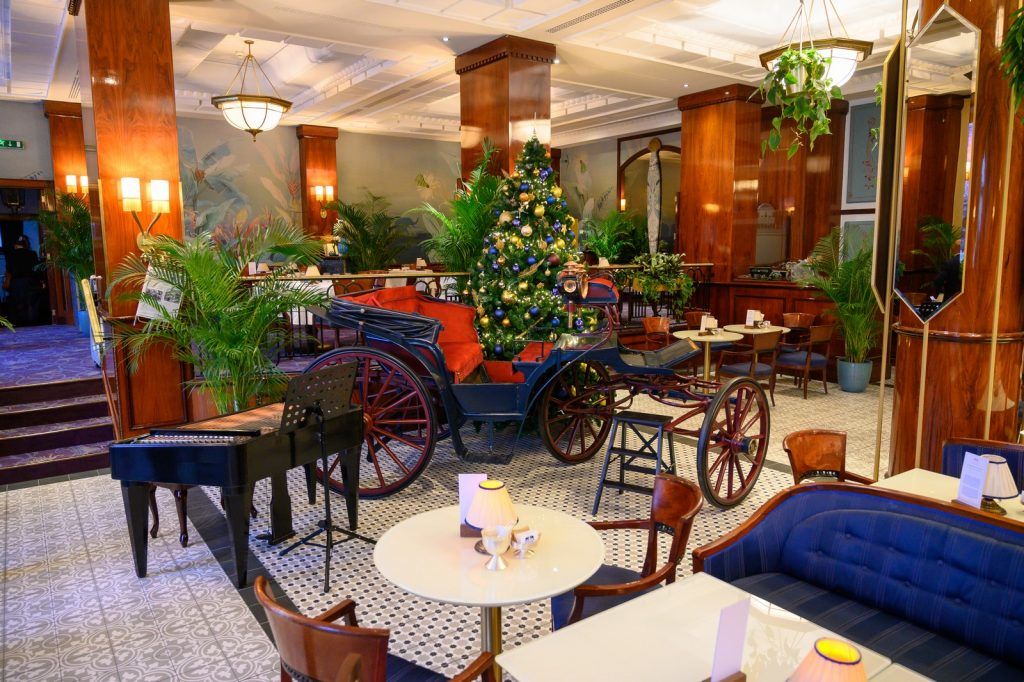 Over the past few years, the Gundel name has faced negative and positive opinions, mostly negative ones, since our generation was never able to meet its prestige of old, and since there were years when Gundel was on the path of “expensive but average.” It will take a while to return to its former glory, but I am certain that if, considering my current experiences, I need to offer a restaurant to a friend from abroad, I am going to suggest Gundel. Once again, this restaurant can shine like it once did, with its major classical dishes and adherence to Károly Gundel’s legendary approach: “we are not cheap, but with us, everyone can find a dish that suits their taste.”