Meet the ’90s heartthrob haircut, a nostalgia-stoking style that’s primed to be everywhere this spring.

Each year, spring invites meditations on renewal. And since hair is an agent of self-expression (one that’s ever growing and changing), a fresh chop can be particularly inspiring as the season turns. In this spirit, a recent upload on Instagram by hairstylist Mara Roszak stopped me in my scrolling tracks.

“The 90s heartthrob haircut,” read the caption of Roszak’s snap, which showed 25-year-old L.A.-based artist Mariah Krey with her cool blonde lengths sheared into a choppy, layered bob featuring close-cropped layers at the nape of the neck and then longer, cheekbone-sweeping ones at the front. “I’m drawn to the way the hair falls—it feels lived in,” says Krey. “I was going for that ease.” 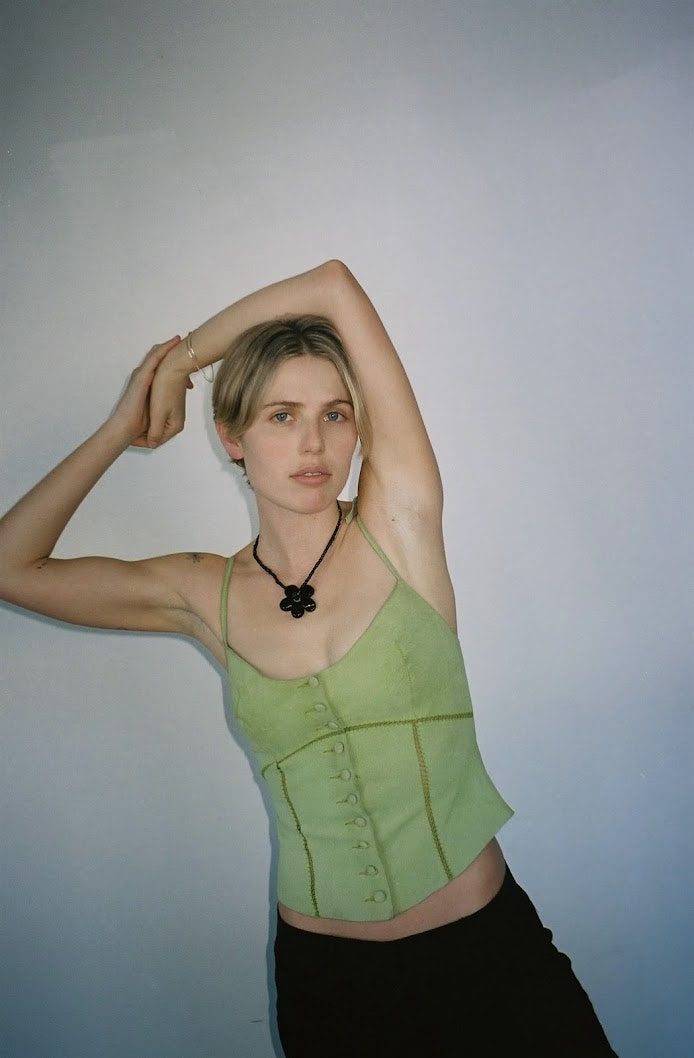 Per the nostalgia-stoking name coined by Roszak, the references Krey brought to her appointment were Leonardo DiCaprio in Romeo + Juliet, Cameron Diaz in There’s Something About Mary, and Gwyneth Paltrow in Sliding Doors. “It brought me back to my adolescence in all the right ways,” says Roszak of the process, which found her assessing what version of the cut would work best on Krey’s natural texture. “In the ’90s, many of the boys had this cut—my first crush definitely did!” For Krey, her individualized crop transcends constructs. “I feel free with this cut,” she says, “free of expectations, free of perceptions, and free of conventional beauty standards. I can confidently be me without much thought or effort.”

As someone with 3B curls now feeling the urge to lop off a couple of inches myself, I wondered how a cut like this would suit more textured hair. I got my answer upon seeing Zazie Beetz’s latest look, a cheekbone-carving crop of ringlets. “Zazie has gorgeous hair on her own, but the fun of hair is that you can play with it, and we wanted to see her differently than we’ve ever seen her before,” explains her hairstylist Lacy Redway, who at the request of stylist Jessica Willis for a shoot, crafted a curly bob wig. “We wanted to keep the neckline really clean and have the sharp line of the bob mirror her jawline and accentuate the beautiful shape of her face.” Beetz went on to sport the look on the red carpet, styled fittingly ’90s with a crop top, body chains, and a choker necklace. “For textured girls, it’s nice to play with the shape before actually committing,” Redway notes. According to the pro, that could entail test-driving with a wig à la Beetz or pinning the underlayers of your hair to simulate a bob. If you like what you see, work with a hairstylist to execute your vision. 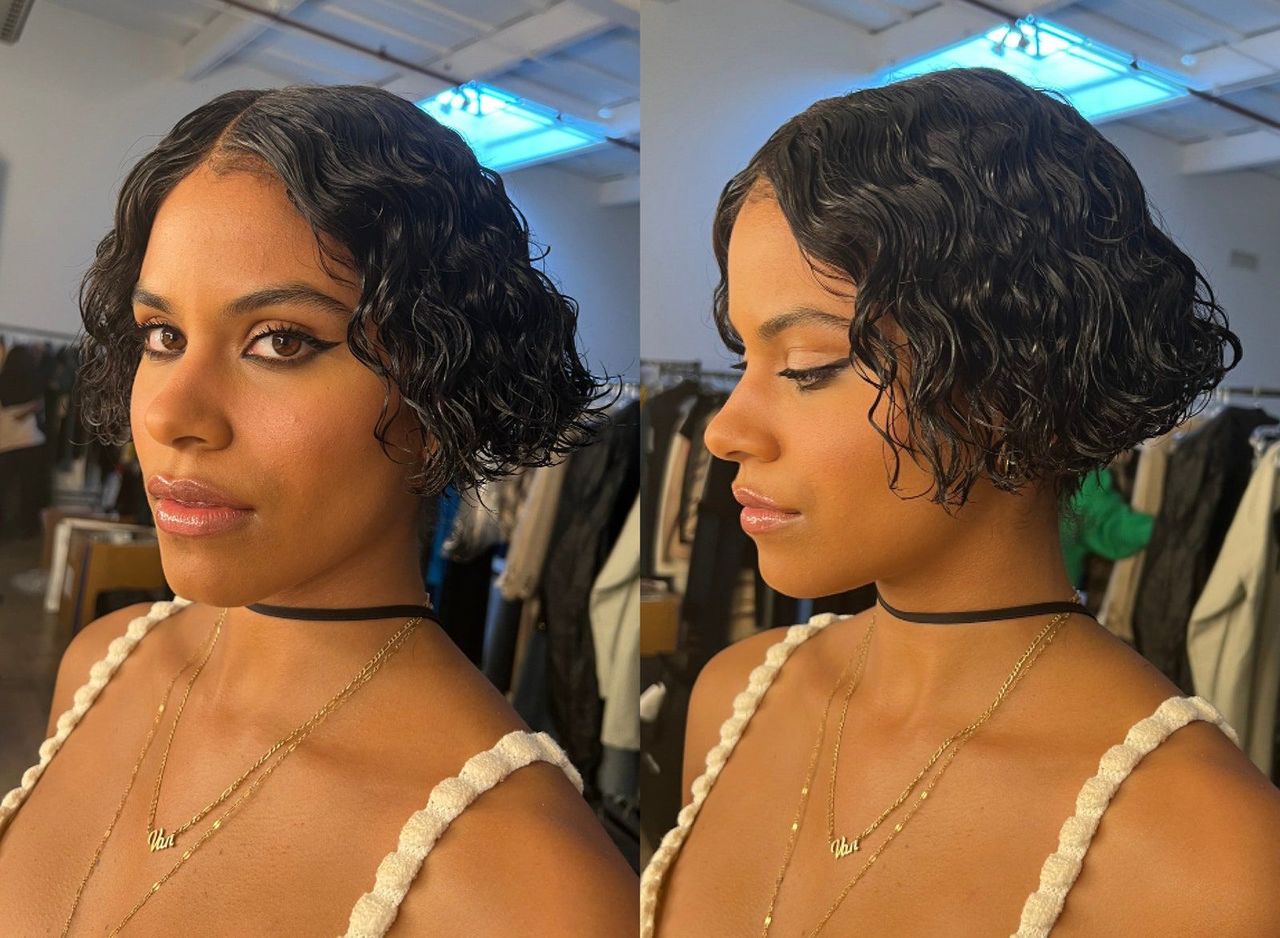 As demonstrated by the work of both pros, a ’90s-style bob is versatile. To make it natural and air-dried, Roszak uses her lightweight Rōz Santa Lucia styling oil to add shine and definition. To achieve a more wet-look approach, as demonstrated on Beetz, Redway preps hair with Tresemme 5-in-1 texture spray and adds the glossy effect with Dove’s Hair Therapy Brilliant Gloss and Repair. If ever there was a time to go for the chop, it’s this spring. “When the weather changes, [people crave] fresh beginnings,” insists Roszak. And Redway agrees: “You’re shedding the winter layers off of you,” she says. “It’s nice to get the hair off your shoulders and start new.” If all goes according to plan in cut and styling, get ready for your new look to be met with enthusiasm. “This has been my only haircut where I’ve been stopped and gassed up by a stranger on the street,” says Krey. “I can’t help but to blush when it happens!” 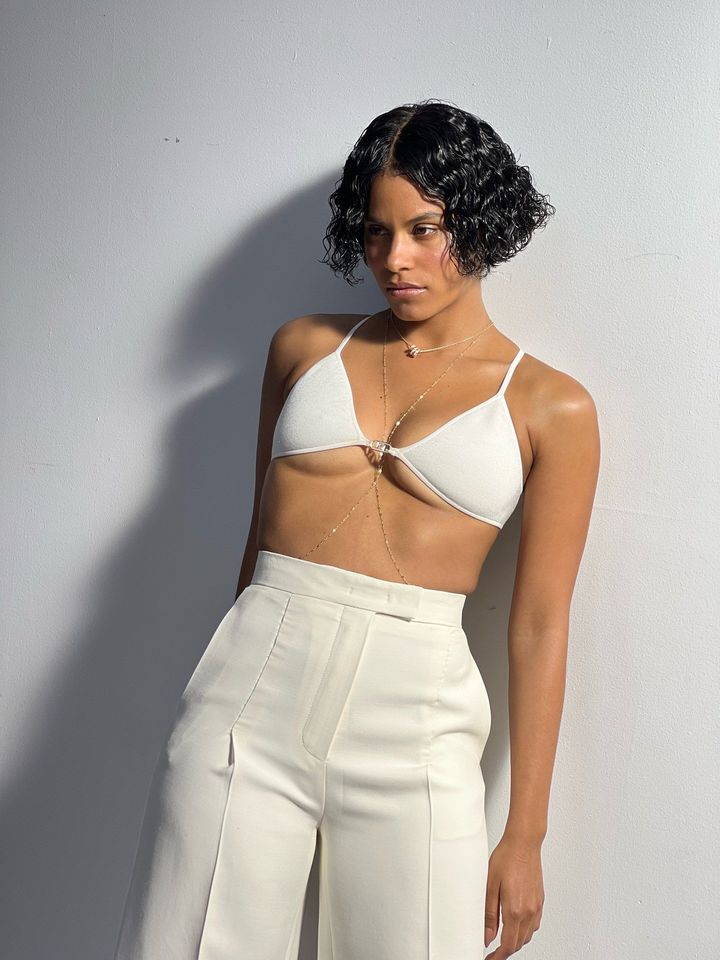 What you might find is that an androgynous ’90s bob will not only be transformative above the neck but below it too. For Krey, her relaxed, unfussy chop has also become inextricably linked to the evolution of her personal style. “It’s given me the permission to play with duality, exploring both my feminine and masculine side,” she says. Precut, she leaned into baggy, more shapeless silhouettes, but after she’s been drawn to her own sense of femininity. “It’s taken me a moment to figure out what that looks like since I can no longer rely on my hair to signal it for me,” she says. “But now I am finding myself gravitating toward tighter silhouettes, sheer fabrics, and more delicate lacy things. Even when I just throw on jeans and a white tank, it feels different.” Redway also appreciates the juxtaposition that this type of cut presents. “I love seeing genderfluidity cross over into the hair space and people being more free about how they wanna express themselves,” she says.

While nostalgia is a major factor at play in the current ’90s redux, Krey has found the easy authenticity of this cut to be its biggest allure. “There is such an obsession with ’90s looks, partly because there was such an effortless, laissez-faire vibe to them,” says Krey. “People weren’t really trying to be cool—it was just them.”