Before the late 1970s, trainers were usually only worn by people doing sport.

That all changed when football fans from Liverpool started travelling to Europe to follow their teams.

When they came home, they brought back trainers and branded clothing that weren't yet on sale in the UK.

A new exhibition at Liverpool's Walker Art Gallery charts the impact those football 'casuals' had on the fashions of today. 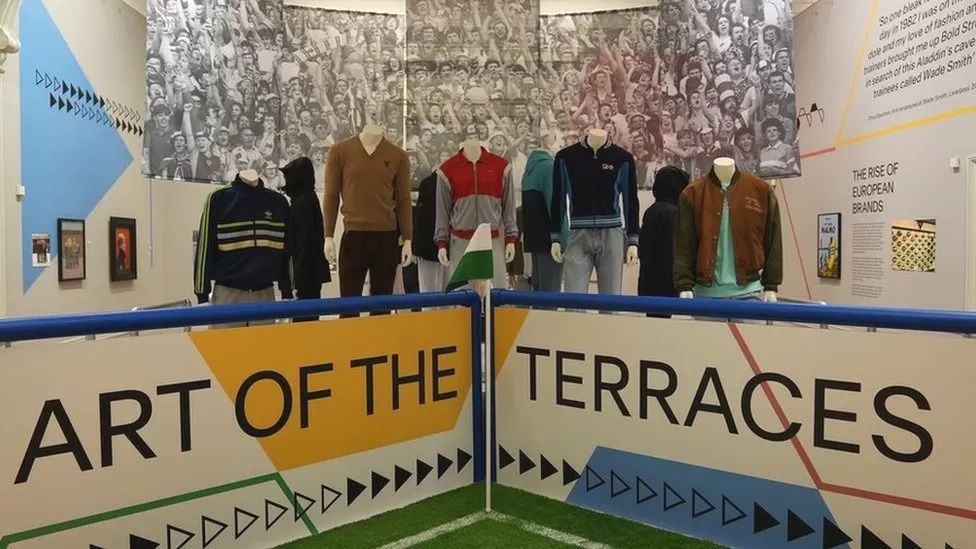 The exhibition includes some of the original casuals' clothing

The casuals were fans who dumped the styles of previous generations of football supporters (who mostly sported their team colours, flared trousers and denim or parka jackets) in favour of designer brands.

Casuals were often associated with football violence. Now their legacy is seen in the fashions of today.

Whether it was the trainers they sought out (Adidas was the most highly prized) or brands like Fila, Sergio Tacchini, Lacoste, Slazenger, Stone Island and Fred Perry, the trends these football fans wore on the football terraces and beyond are now mainstream. 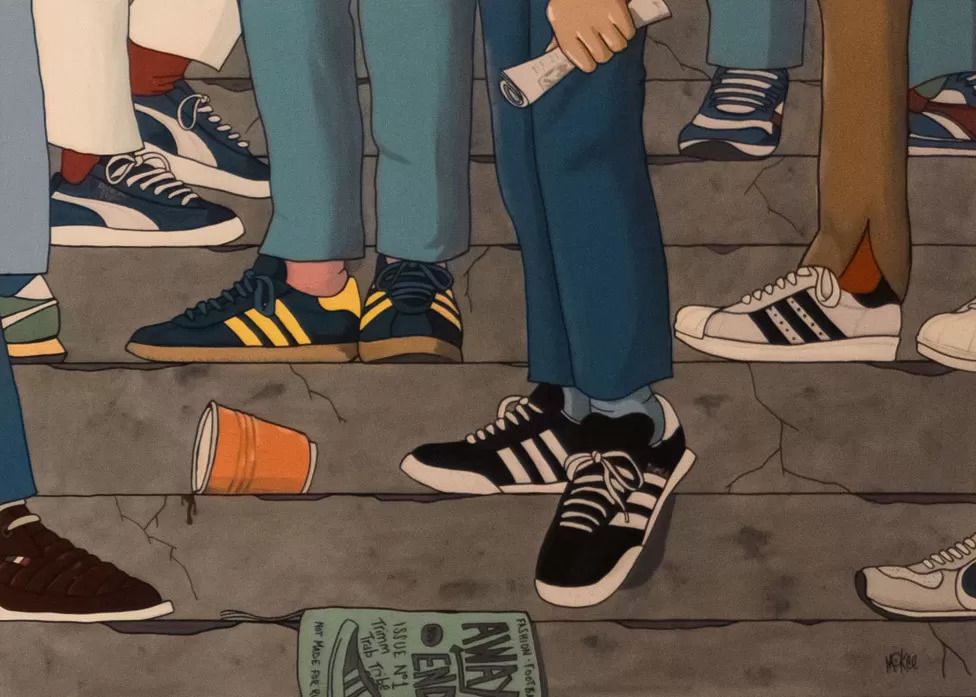 Stand by Pete McKee is in the exhibition. To be asked "Where d'ya get your trainees from?" was an accolade

I took former Everton player Derek Mountfield round the Art of the Terraces exhibition. It sparked memories for the ex-centre back, who won the league and the Uefa Cup Winners' Cup in 1985 with the club.

"Fans would go to Europe and bring back clothes," he told me as we looked at mannequins dressed in the iconic brands. "It was part of the culture of Merseyside."

As for trainers, the casuals "made it fashion", said Mountfield - although he couldn't take part in the obsession with Adidas. He was sponsored by Nike and had to wear that brand instead. 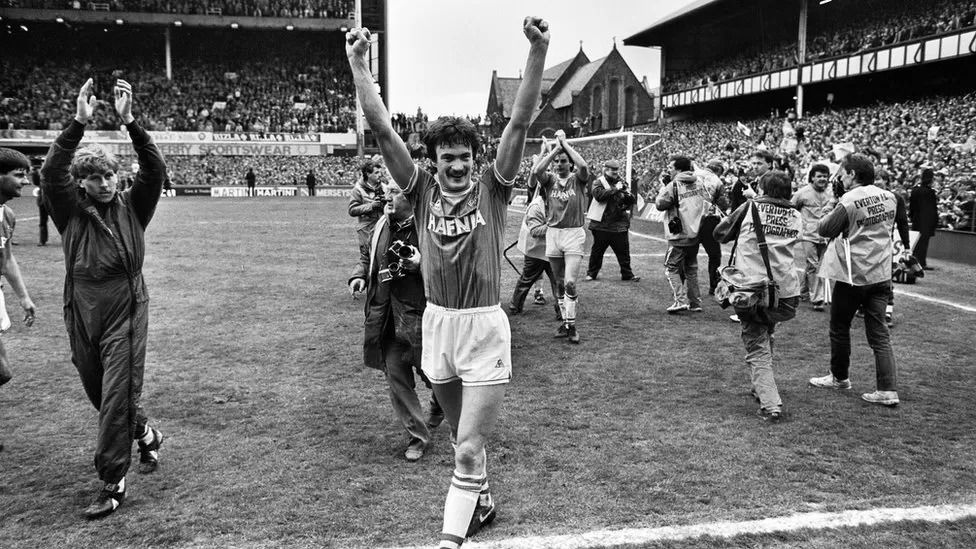 This youth movement didn't have a name at first. It was centred around three things: following a football team, wearing branded clothing at the match and, for some, getting into fights with rival fans.

It was a mainly male pursuit, but Jacqui McAssey, who set up the Girlfans project in 2013, said the legacy of the casuals also endures for women.

These days, some of the women she photographs for her football fanzine "see the match as a place to dress up", she said. "You'll see your Adidas, Nike, Chanel, Gucci." 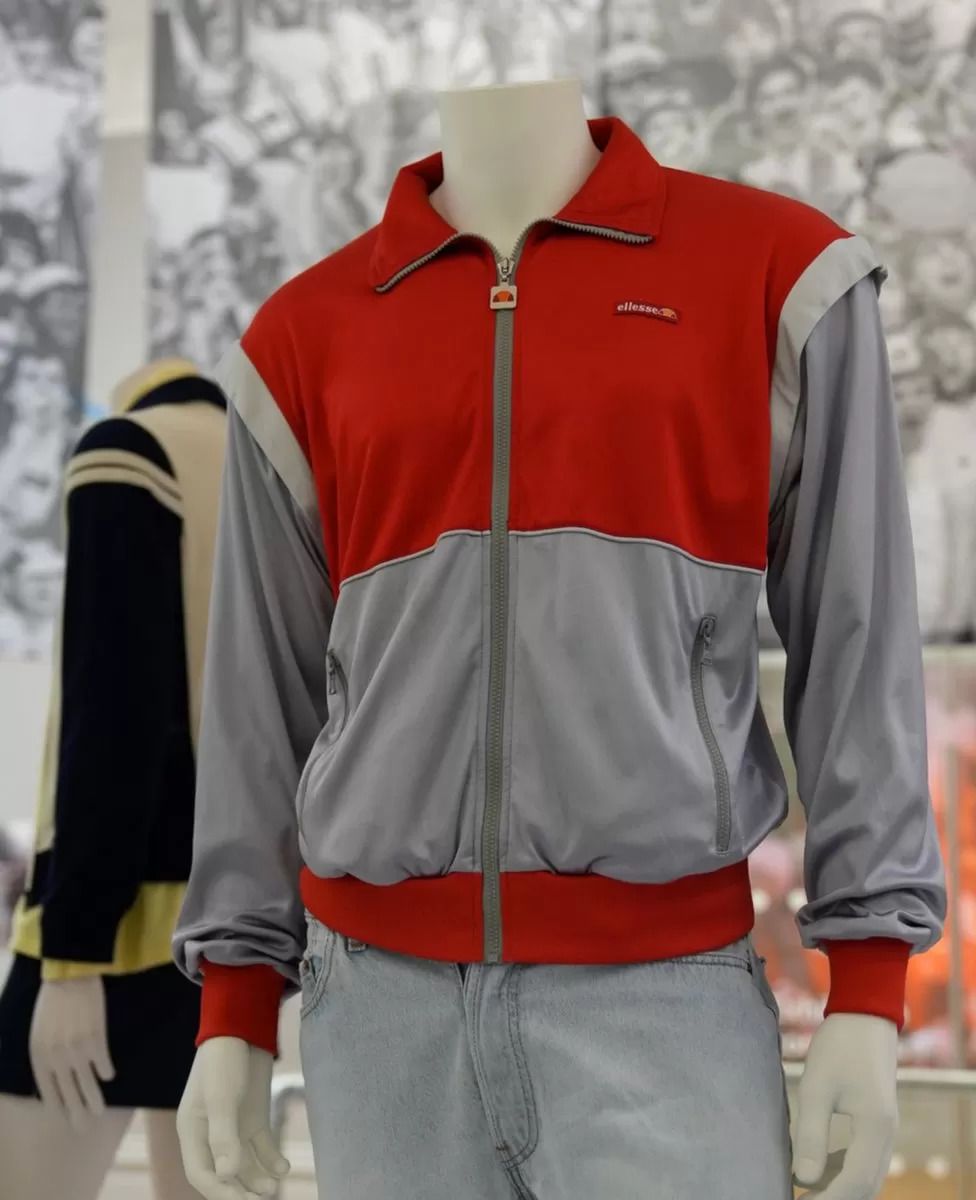 Casuals could be seen wearing many Italian, French and German brands

In Liverpool back then, the fans involved in this movement called themselves scallies. In Manchester they were Perry Boys, after the Fred Perry shirts they wore.

When the movement reached London, its members described themselves as dressers. By the early 1980s, the term casuals was being used.

Liverpool supporter Dave Hewitson, a casual and the author of The Liverpool Boys Are In Town, is one of the co-creators of the Art of the Terraces exhibition.

He remembers how, in 1982, he and his friends went to watch Aston Villa play Bayern Munich just so they could get some trainers. 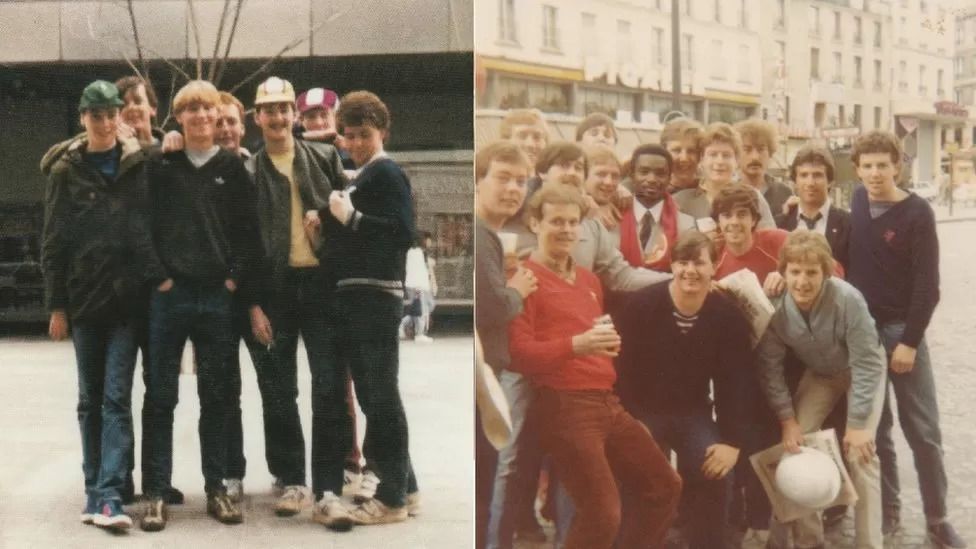 "We'd get training shoes we'd never seen before, we brought them home and it started to spread. From Liverpool, Manchester, Leeds, it developed into the subculture we know today."

He added: "That's how high the subculture has gone, from a few scally lads going to Europe and pinching a few training shoes, to this exhibition." 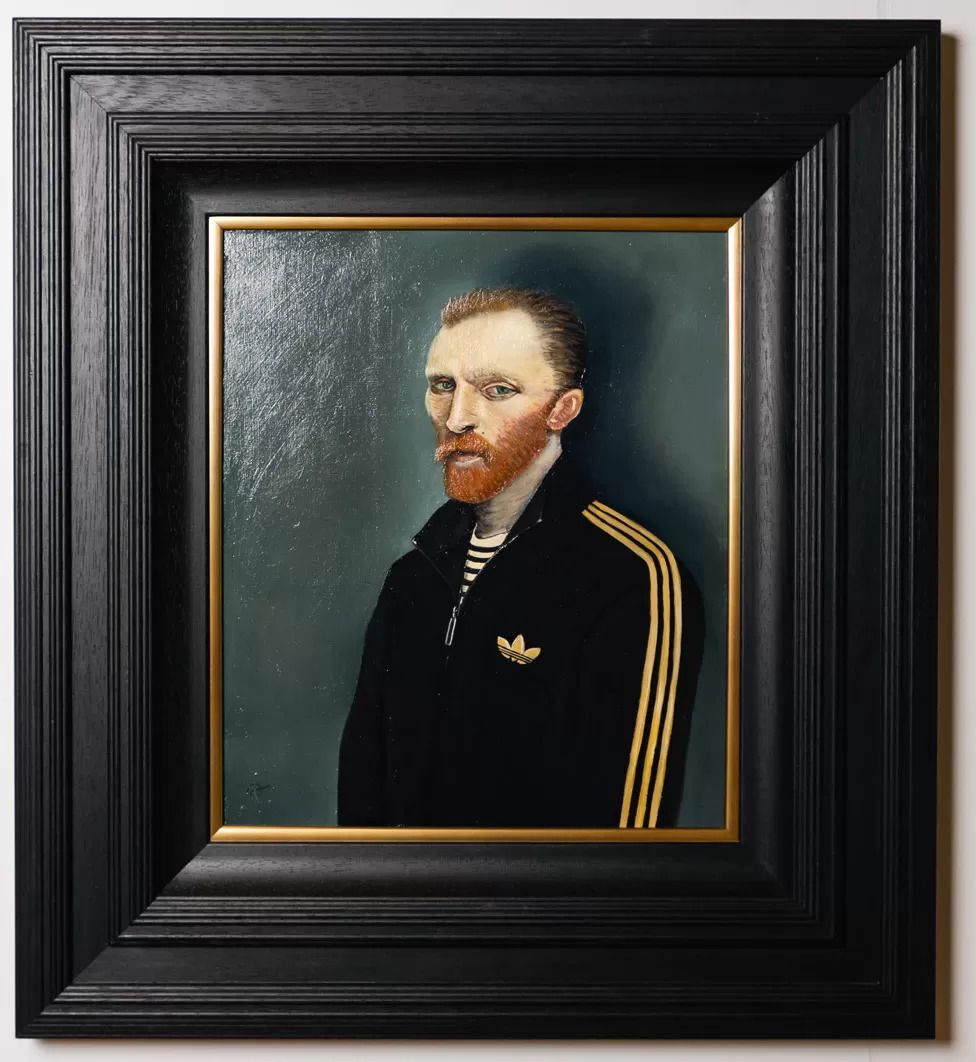 Art of the Terraces includes much of this memorabilia, as well as artworks that reflect the matchday culture.

In the galleries are works by Turner Prize winners Mark Leckey and Mark Wallinger, clothing including 14 pairs of trainers, and vintage outfits from the time. 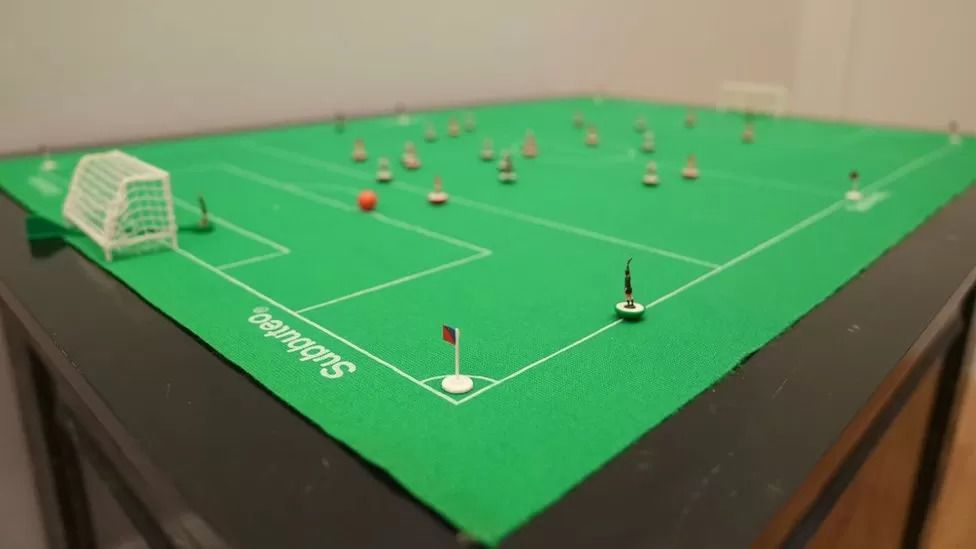 Mark Wallinger's They Think It's All Over... It Is Now is on display

A tweed jacket worn by Peter Hooton of the Farm, whose song All Together Now has been used by numerous football clubs, is also displayed.

Hooton, who also set up the zeitgeisty The End magazine in Liverpool, which meshed football and the wider culture of the time, said in the 80s, traditional gentleman's outfitters in the city started to understand they could capitalise on the demand from fans who were seeking out clothing other people didn't have.

"The staff couldn't believe it. 'Who are these kids coming in to get this stuff?' They didn't understand what was going on," he said. 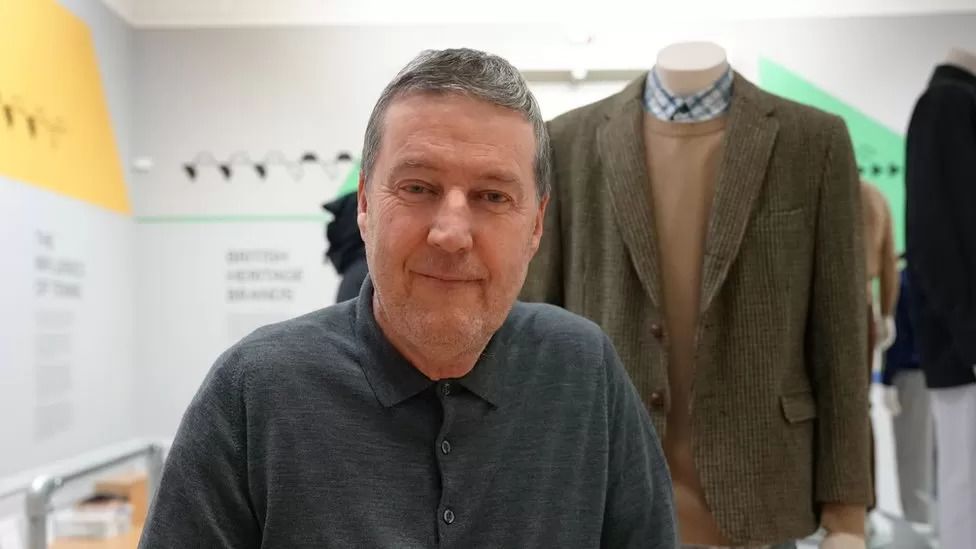 For Peter Hooton, tweed became a part of his band The Farm's image

The exhibition defines an era whose legacy is seen in the clothes we all wear today.

Visitors are being asked to pay what they think it's worth.

It's hoped that it will attract people who don't usually visit art galleries, and who will see a subculture being reflected properly for the first time.