Four young women have attempted suicide in a small village of Kara-Balta, just 50km (31 miles) from Kyrgyzstan’s capital Bishkek. An ambulance came on time to save them.

In a suicide note, one of the young women wrote that she decided to take such a desperate step on January 19 because of the threats she had been receiving from men that accused her of prostitution. Those who shamed the women are known.

A self-proclaimed “Committee of the Youth” – a group of young men, gathered in Kara-Balta earlier that day demanding the closure of the local saunas, where the women worked as waitresses. In their view, saunas are a place of sin, where young women sell their bodies.

“We demand the closure of three or four saunas in the city of Kara-Balta. They are engaged in prostitution. For the sake of the future of girls and our sisters, we demand that these sinful deeds be stopped. If you do not take action, then we will!” the men said in a message to the president they published online.

Women-shaming is nothing new in the conservative majority-Muslim Kyrgyzstan. The belief that women’s fate is to stay home and bear children is common, and many claim it to be part of the national tradition. The practice of bride kidnapping, the infamous “ala kachuu“, is still carried out.

Kyrgyzstan ranked 82nd in 2019 on the United Nations’ Gender Inequality Index, but over the past several years, women have become more vocal and begun to fight for their rights.

In some cases, the fight meant organising women’s marches and activism. In more conservative circles, it has meant getting a job or refusal to get married.

As the conflict between the conservative and liberal forces in society deepens, shaming has become one of the tools to suppress liberation of women. 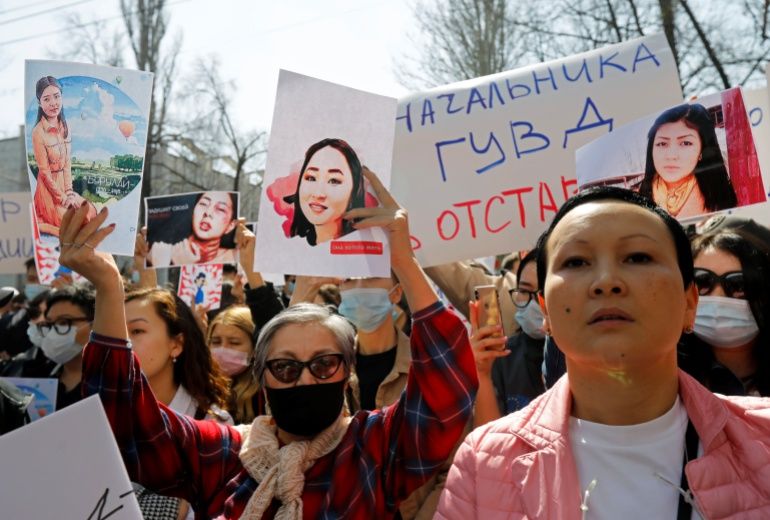 Nazira Aitbekova, a well-known Kyrgyz actress, TV presenter and a mother, fell victim to an online hate campaign after she posted a revealing picture of herself on Instagram in December. She woke up the next day to thousands of shaming comments.

She then decided to publish another, even more revealing photo.

“For us, Kyrgyz, shame ends with clothes. You can do anything if you have your clothes on,” she wrote under the photo.

Many followers began to support Aitbekova, reposting her picture to shed light on the problem of online shaming and harassment. But for the 36-year-old this was not the first experience with online hate.

“In 2017, after I got divorced, I received a wave of shaming comments. People blamed me for what happened because as a woman, I was unable to save the family and close my eyes to my husband’s infidelity,” Aitbekova told Al Jazeera.

“I was in terrible stress and felt very bad about my appearance. He got married one month after our divorce but people directed all the bad emotions against me.

“I then did a photo shoot. I saw myself at the photo and thought: ‘I’m beautiful, young, I still have a future!’ Only with such thoughts I published that photo on social networks,” she said.

“It got even worse, because people began to write that I am dressing up even though I don’t have a husband, they called me a dirt. I went through this only thanks to sessions with a psychologist.” 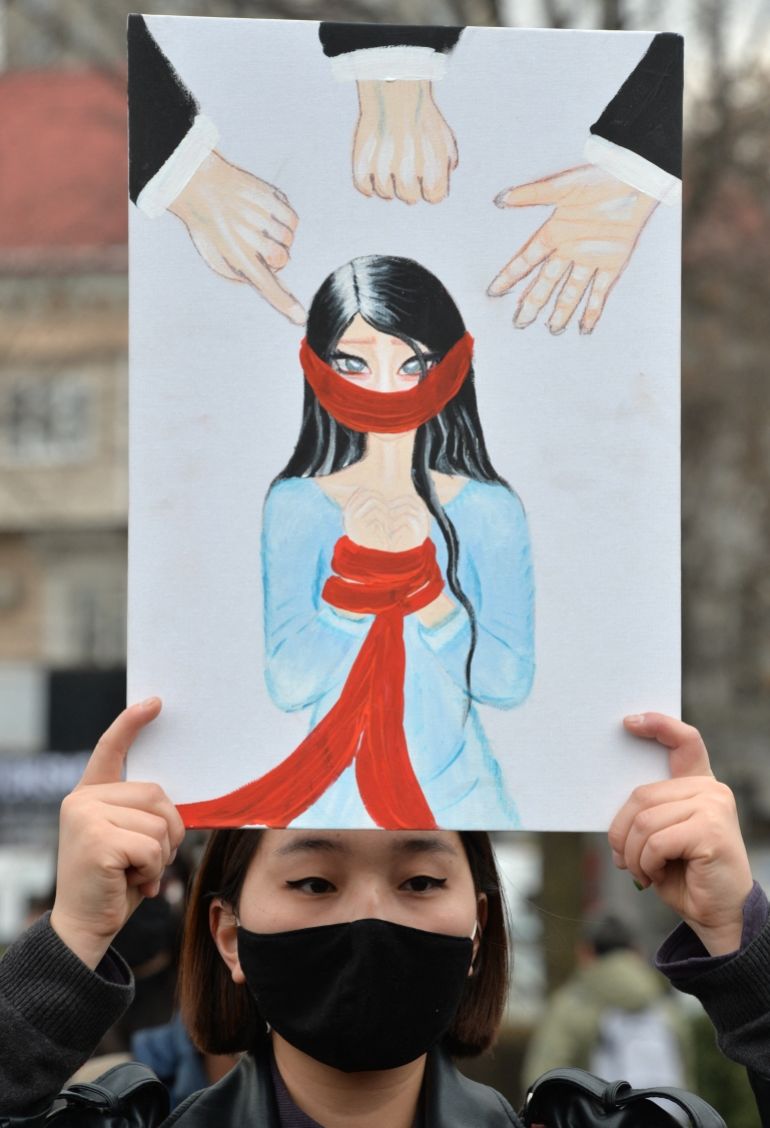 While Kyrgyzstan has adopted various international laws to tackle violence against women, law enforcement agencies still fail to protect women from harassment both online and offline. Victims of violence continue to be blamed for what happens to them.

“Stereotypes and discriminatory social, cultural and religious norms, as well as traditions, affect the position of women in the family and society and control the freedom of women, including their sexuality,” Elvira Tilek, a human rights lawyer, told Al Jazeera.

“Until now, most of the society believes that a woman’s place is at home and married. And survivors of gender-based violence are afraid to file a report for the fear of being blamed.

“There is a criminal liability for the threat of using violence that is dangerous to life and health (Article 139 of the Criminal Code of the Kyrgyz Republic). But criminal liability occurs only if there are sufficient grounds to fear the implementation of the threat,” she said.

“Of course, you can collect evidence, record all the threats even if they were received on social networks and contact the police. But there are very few successful cases and it is hard to prove that such threats can lead to a crime.”

But some Kyrgyz women, especially in the capital, are determined to fight for their rights.

“I receive threats all the time and I never know if they turn into reality,” Aitbekova says. “But the photoshoot that I have published recently has definitely been an important victory over my fears.”