As the autumn term gets under way, parents will have their fingers crossed their little darlings will not have to return for another bout of home-schooling any time soon.

But the wish for a more normal school year is unlikely for most to include that forlorn gathering in the school hall or gym known as parents' evening.

Virtual versions were, in many people's books, one of the runaway successes of remote learning.

Gone was the mad dash to arrive on time, the confusion over where the maths teacher was sitting and the queues to speak to that particular teacher who never keeps to time.

Parents could nurse a glass of wine just off camera - and more importantly, those separated by divorce or work could both attend without awkwardness. 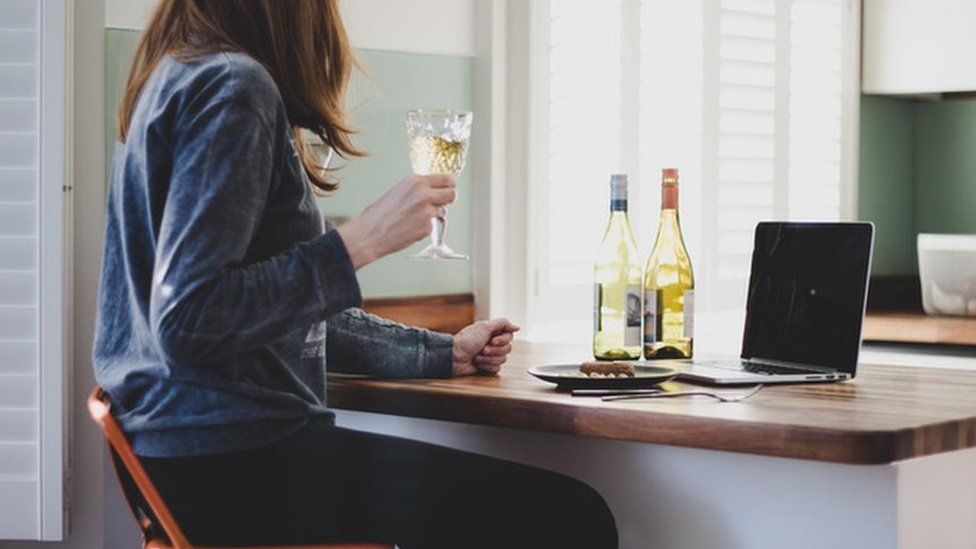 And it works for educators too.

During lockdown in May, the then Education Recovery Commissioner, Sir Kevan Collins, said that particular aspect of school life would never "be the same again".

"Zoom for parents' evenings is much better than trying to find a car-parking space on a wet Tuesday and waiting your turn," he said.

"Colleagues have outlined benefits for parents/carers who can dial into meetings with teaching staff from wherever they are - when previously they might not have been able to attend a meeting due to work or other commitments - has allowed better engagement and attendance rates."

Lots of systems offer online parents' evenings and alongside established videoconferencing services such as Zoom there are plenty of bespoke platforms such as Iris, Epraise and Groupcall.

One of the most popular, SchoolCloud, started life, appropriately enough, in a school. 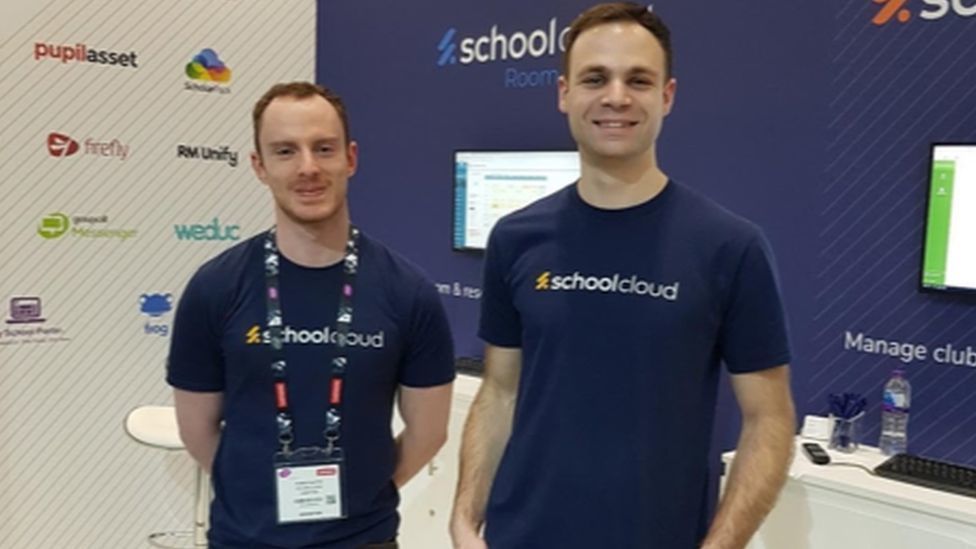 But it was not originally designed for meetings.

In 2006, 15-year-olds Robbie Beattie and Marcus Fields were sitting in an information-and-communications-technology (ICT) lesson, wondering if they could improve the way their school booked rooms for both teachers and pupils.

"Everything was done on a bit of paper - and classrooms were often double-booked," Mr Fields says.

"It was frustrating for us."

So they decided to build an online alternative - and it proved a hit.

The pair ran it for the school, Mearns Castle High School, in Glasgow, which after they left for university, kept the system running.

And one of those came up with the idea of using the system to book teachers' time as well as rooms.

"What had happened before with parents' evenings was that children had a letter that was sent home, which often got lost at the bottom of a school bag," Mr Fields says.

"If they found it, then parents filled in the appointments they wanted and sent it back - and then the school had to work out how to make it all work.

"It was pretty inefficient.

"This was designed to put the power of parents' evenings back into the hands of parents."

By 2019, some 4,000 schools were signed up - and the pair were starting to win awards for their creation.

Then, in March 2020, schools across Europe started closing.

"It was a late Sunday evening and we asked ourselves what we could do to help," Mr Fields says.

Making parents' evenings virtual seemed like an obvious thing to do.

But first, they wanted to solve another perennial problem with such events - the fact they often overran. 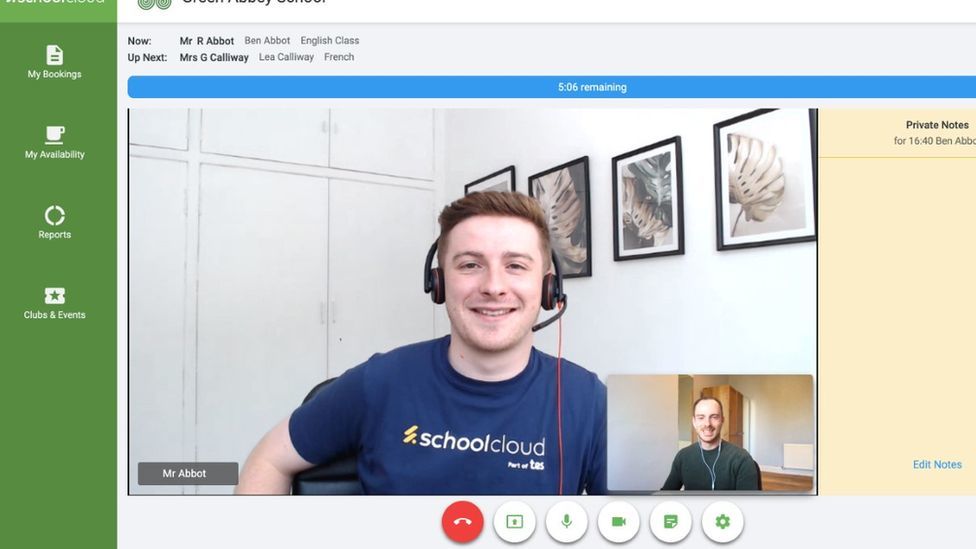 The solution was a countdown clock and shut-off for each appointment, at a specific time set by the school, usually after five or 10 minutes - although, my personal best is 25 minutes.

Mr Smith, a fan as a parent as well as a professional, tells me he once managed eight appointments in 48 minutes.

But he says there are some serious issues for schools to consider.

"Some considerations for schools are that teachers should provide enough time in a call to outline progress made by pupils, next steps for learning, an opportunity for parents/carers to ask questions.," he says.

"Plus, training staff on how to use the platform and modelling an effective session is vital, if the experience is going to be consistent across the school."

And sometimes, meeting in person is still important.

"There are occasions when in-person meetings may be better," Mr Smith says, "for example, when discussing sensitive issues or the needs of pupils with special educational needs and disability, where having physical sight of their adapted-learning space is crucial."

SchoolCloud has grown exponentially, by word of mouth and via social media.

The 500,000 minutes clocked up on the virtual platform at the beginning of March 2021 grew to 15 million by the end of July.

But the system really took off only after schools went back in September last year, when Covid restrictions meant parents were still largely barred from premises.

Now, there are about 7,500 schools on board and a survey run by the company suggests:

60% intend to use a combination of online and real-world meetings.
a third have no plans to go back to traditional parents' evenings

All of which is good news for those parents who still need an off-camera wine to help them through the process.