The dunes, which cover over 1,000 acres (4 sq km) of the island off the coast of Africa, have been preserved as a nature reserve since 1987 and are regarded as one of Spain's finest natural assets.

Tourists, mainly from the UK, US and Germany, should avoid having sex with strangers on Gran Canaria's famous sand dunes behind the bushes because of the detrimental effect on the landscape, new research by the Beach and Dune Systems (BEADS) Laboratory of Flinders University and the Group of Physical Geography and Environment of the Institute of Oceanography and Global Change (IOCAG-ULPGC) revealed.

According to the research, so many individuals visit the Canary Islands to engage in unlawful open-air sex on the dunes that uncommon species and bushes are being wiped out. The researchers have found nearly 300 favorite spots, especially among gay tourists, on the enormous expanse of sand on the island's south side. 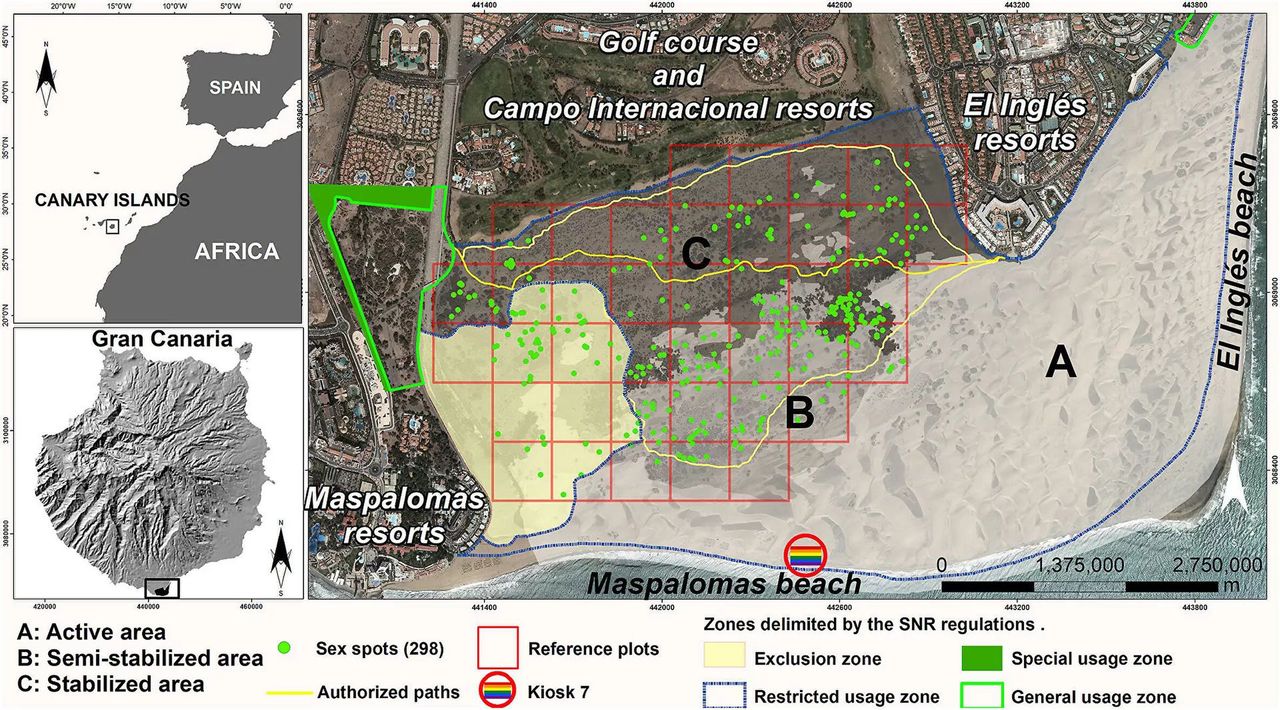 Researchers have been doing a thorough investigation regarding the impact of so-called "cruising," which entails anonymous sexual encounters in public areas, and in this case, on the dunes, and came to the conclusion that intercourse had a direct impact on the dunes as well as eight native plant species, three of which are endemic.

The findings were published in a study titled "The Five S's: Sand, Sun, Sea, and Sex with Strangers." The researchers add out that dunes and coastal beaches are examples of open public settings where these sexual acts are extensively practiced, to the point where they've been labeled as the 'Four S' by the paper (sand, sun, sea and sex).

All of the sites where sexual encounters occurred were found and recorded by the specialists. Further, they gathered data on the size and internal distribution of these areas, as well as the type of sexual activity, their location, the vegetation coverage and type, and the environmental repercussions or lack of management efforts.

According to the study, the overall space occupied by the 298 sexual meeting sites is 5,763.85 m2. These sex locations are linked to the protected area's distance from authorized trails, the existence of dense forest, and vegetation-stabilized dunes (nebkhas). The larger the location, the higher the number of individuals who use it, as well as the likelihood that it is a low-lying location with little vegetation and a lot of trash. 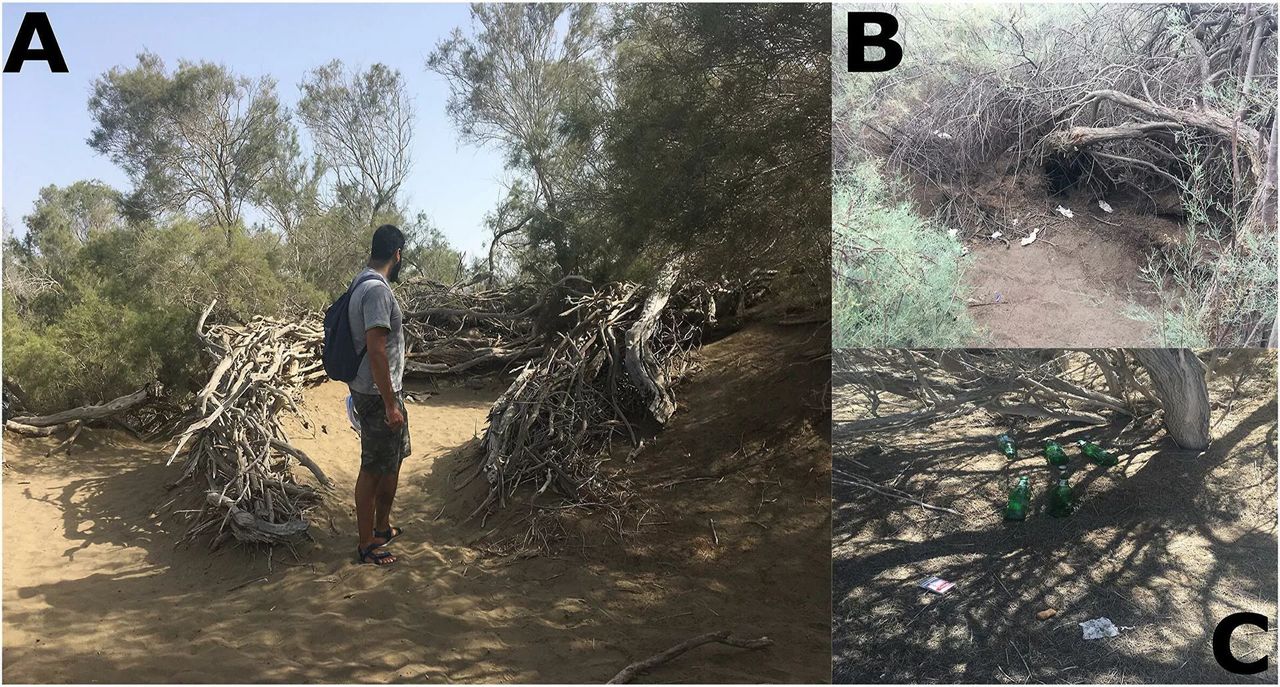 Fig. 6. Cut vegetation and waste associated with the cruising activity in the sex spots. A. Sex spot example built using native (protected) vegetation cut down to build a ‘nest’ B. Toilet spot next to a sex spot and waste. C. Waste inside a sex spot.

The researchers noted, however, that Maspalomas is not the only coastal dune area in the world that records this type of activity, since similar sites can be found in Australia, France, and Portugal, among other places.

According to the paper, on a practical level, between September 2018 and July 2019, the people who engage in public sex in the Reserve area eradicated 159 of these points and removed, uprooted, and killed 1,244.49 m3 of dry vegetation.

Interestingly, the authors stated that they had no intention of offending the LGBTQ community, and that Gran Canaria has been hospitable to homosexual tourists from all over the world for years, especially for those from the UK, the US, and Germany, who are rather frequent guests on the island.

The stated aim of the research is to provide a better understanding of how "cruising" on the dunes may be managed and the environment safeguarded at a time when environmental concerns are so pressing.