Saxon Mullins says she once had romantic dreams of what her 'first time' would be like.

In none was she paralysed by fear in a Sydney alleyway, aged 18, with a man she had met only minutes earlier.

Ms Mullins has always maintained this incident - in 2013 - was rape.

It spurred her to push for legal reform in Australia, after a long court battle ended with a judge finding the man involved did not realise she hadn't consented to sex.

Last week - five years after she walked out of a court feeling defeated and powerless - her state introduced a law that would have jailed the man had it existed at the time.

"It is a little bit of justice for a lot of people," Ms Mullins, now 27, tells the BBC.

"It's recognition: 'What happened to you was bad, and we're changing because of it.'"

Under the new "affirmative consent" laws in New South Wales (NSW), a person must say or do something to communicate their consent for sex.

Previously defendants could argue they reasonably believed they had consent - even if the alleged victim did nothing to convey it.

Essentially, consent now relies on a person saying yes to sex, rather than the absence of them saying no.

In court, Ms Mullins had felt like the onus was on her to prove she'd said no or asked the man to stop.

She told a jury the man had become "frustrated" and "aggressive" after she informed him she wanted to go back inside a nightclub to her friend.

She said she froze - a common response to sexual assault.

"I was just scared I guess. I didn't know what to do so I just did what he said," Ms Mullins told a trial. 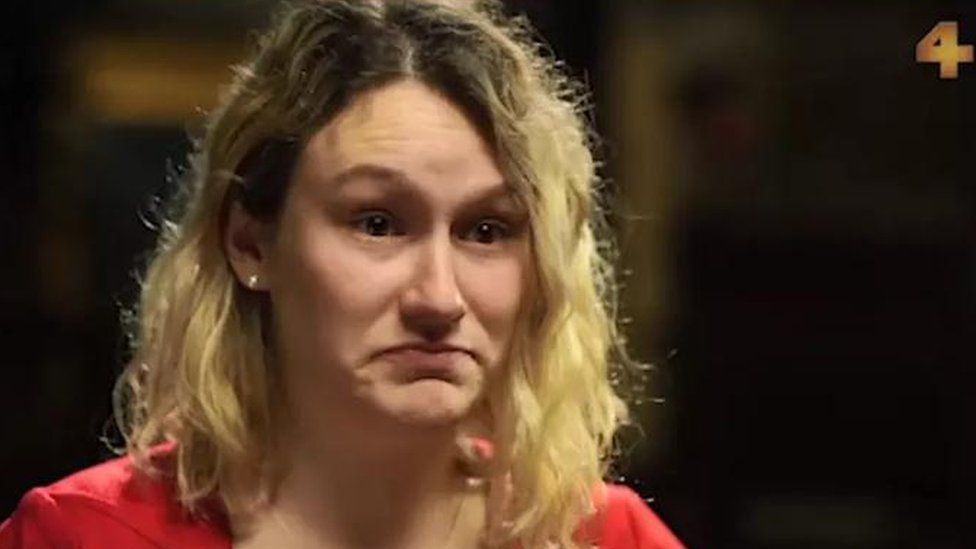 He was convicted by a jury and sentenced to five years in jail. For her, it was a "horrible" combination of surprise, relief, and guilt. She felt like she'd ruined his life.

But he successfully appealed against the verdict, forcing a second trial - this time before a judge alone.

Hearing the second verdict - not guilty - was even worse for Ms Mullins.

She was seated a mere three chairs away from the man, silently crying as he exhaled in relief and hugged his mother.

"It felt really personal. It wasn't 'Oh, we didn't meet this threshold'. It felt like it was me that wasn't believed," she says.

The prosecutors would later make headway with an appeal, but the courts ultimately found another re-trial would be too oppressive on the accused - it would be his third, he had already served 10 months in prison, and five years had passed since the night in question.

With no sense of justice from the criminal process, Ms Mullins felt she had to speak out.

"I could've washed my hands of it, but someone else then has to get their hands dirty," she says.

"And mine were already filthy, so I thought I may as well keep going."

In 2018 she waived her right to anonymity and told her story to the Australian Broadcasting Corporation's Four Corners programme.

It sent shockwaves across Australia.

Reforms could be 'revolutionary'

NSW - Australia's most populous state - pushed through its affirmative consent bill in November.

Since then, the Australian Capital Territory has passed its own law and Victoria has promised to do the same. Tasmania changed its legislation almost 20 years ago.

But Australia was already "ahead of the curve" when it comes to rape laws, says Amnesty International spokeswoman Nikita White.

Internationally, a lot of jurisdictions - including France, Japan and some US states like New York - still define rape as sex with violence or the threat of violence.

Few other places are legislating affirmative consent laws, according to Ms White.

"It really is revolutionary what's happening in NSW," she says.

"There'll be a domino effect, at least around Australia, but other countries would definitely be looking towards us as well."

Some argue the reforms set a dangerous precedent.

The new laws clarify that consent can be withdrawn at any time, and that consenting to one sexual activity is not consent for another.

The state's bar association says the changes will criminalise a range of "unproblematic intimate activity, particularly within established respectful relationships".

Other commentators have claimed the law could be abused by disgruntled ex-partners seeking revenge, or that it could have impacts on an already strained criminal justice system.

Prominent lawyer Margaret Cunneen has argued the laws will delay what she calls "the real cases with merit".

"[It will] be very unfair on genuine victims and anyone wrongly accused will have to wait longer to have his or her name to be cleared," says the barrister, who is currently defending a high-profile former rugby league and NFL player, Jarryd Hayne, ahead of his rape trial.

Ms Mullins describes many critics of the laws as barristers who are "upset they now have to work a little bit harder".

Many of their arguments are "absurd", she says. "In reality this law has been in place in Tasmania for many years… because it works."

Consensual sexual activity does not end up before the courts because it is consensual, Ms Mullins says.

She adds it is "unbelievably offensive" to suggest some victims are less deserving of court time than others, and points out that false claims make up only a tiny fraction of sexual assault reports.

Statistics show one in six women and one in 25 men have experienced sexual assault. But according to Australian authorities, most do not report it to police. Of those who do, about 10% of cases lead to a conviction. 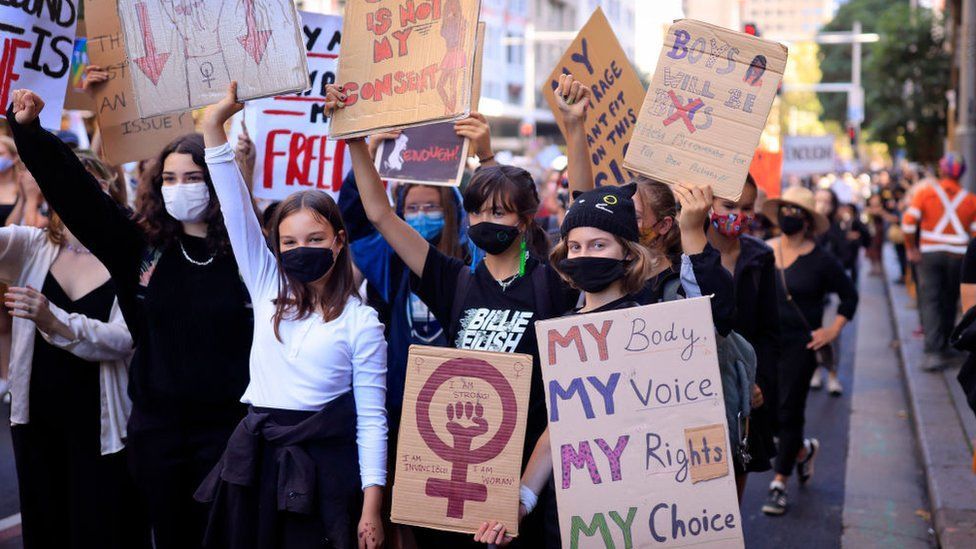 "If the people making those claims had gone through the criminal justice system as a survivor, they would never think anybody would do that unless they absolutely had to," she says.

The law will be reviewed after three years, as is standard, according to NSW attorney general Mark Speakman.

A senior barrister himself, Mr Speakman has rubbished criticism of the laws, calling the reforms "common sense" and "simple".

"They're not about some kind of woke lawyer view of the world, they are about fundamental decency," he said.

Law reform only the beginning

After her long fight for change alongside survivors and experts, Ms Mullins says watching the laws come into effect last week was hugely emotional for her.

"I can't change anything that happened to me. But if [this] stops any of that from happening to somebody else, then, of course, it's all been worth it. I feel proud," she says. 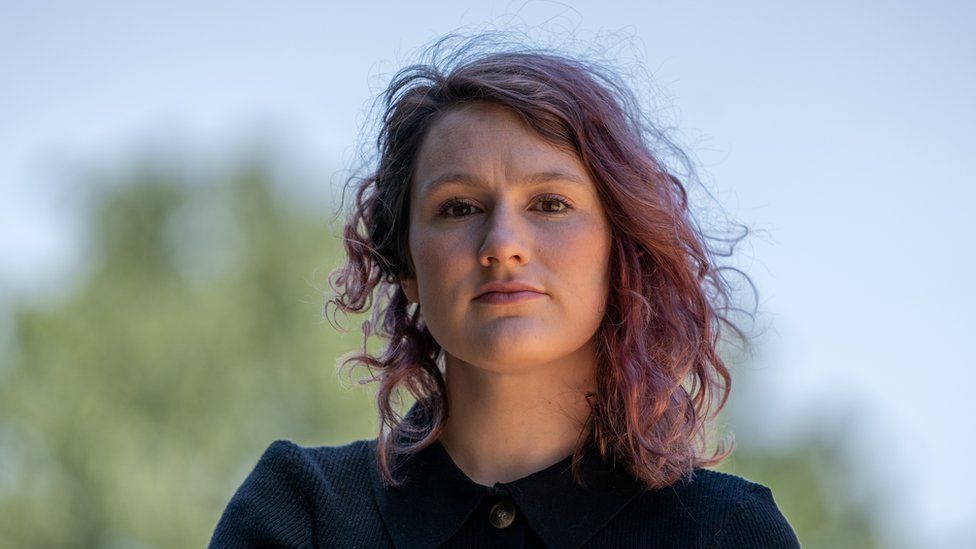 But her advocacy has come at a high personal cost - a rollercoaster of progress, disappointments, praise and often vile abuse.

And throughout it all Ms Mullins has continued retelling - and often reliving - her story.

"Sometimes I do think maybe I'll wash my hands of this. Maybe that is enough," she says. "But I don't think I could do that."

She says there's still much work to do - advocating for affirmative consent laws nationwide, reforming how victims are treated in the justice system, and reducing the shocking prevalence of sexual assault in Australia.

"Survivors finding justice is great… but they were still assaulted," she says.

"And that's what we're trying to stop."

Last year Australian women called for wide-ranging change. A year on, how much has happened?