Reports of romance fraud have soared during the pandemic but a senior detective tells Sky News they are "the tip of the iceberg" as many victims are too embarrassed to come forward.

Online daters have been warned about the dangers of fake celebrity profiles after a woman was duped out of thousands of pounds by a romance fraudster posing as Hollywood star Nicolas Cage.

The woman believed she was exchanging messages with the Oscar-winning actor on Facebook and lost about £10,000 in the scam, the charity Victim Support revealed.

Reports of romance fraud have soared during the pandemic but a senior detective told Sky News they were "the tip of the iceberg" as many victims are too embarrassed to come forward. 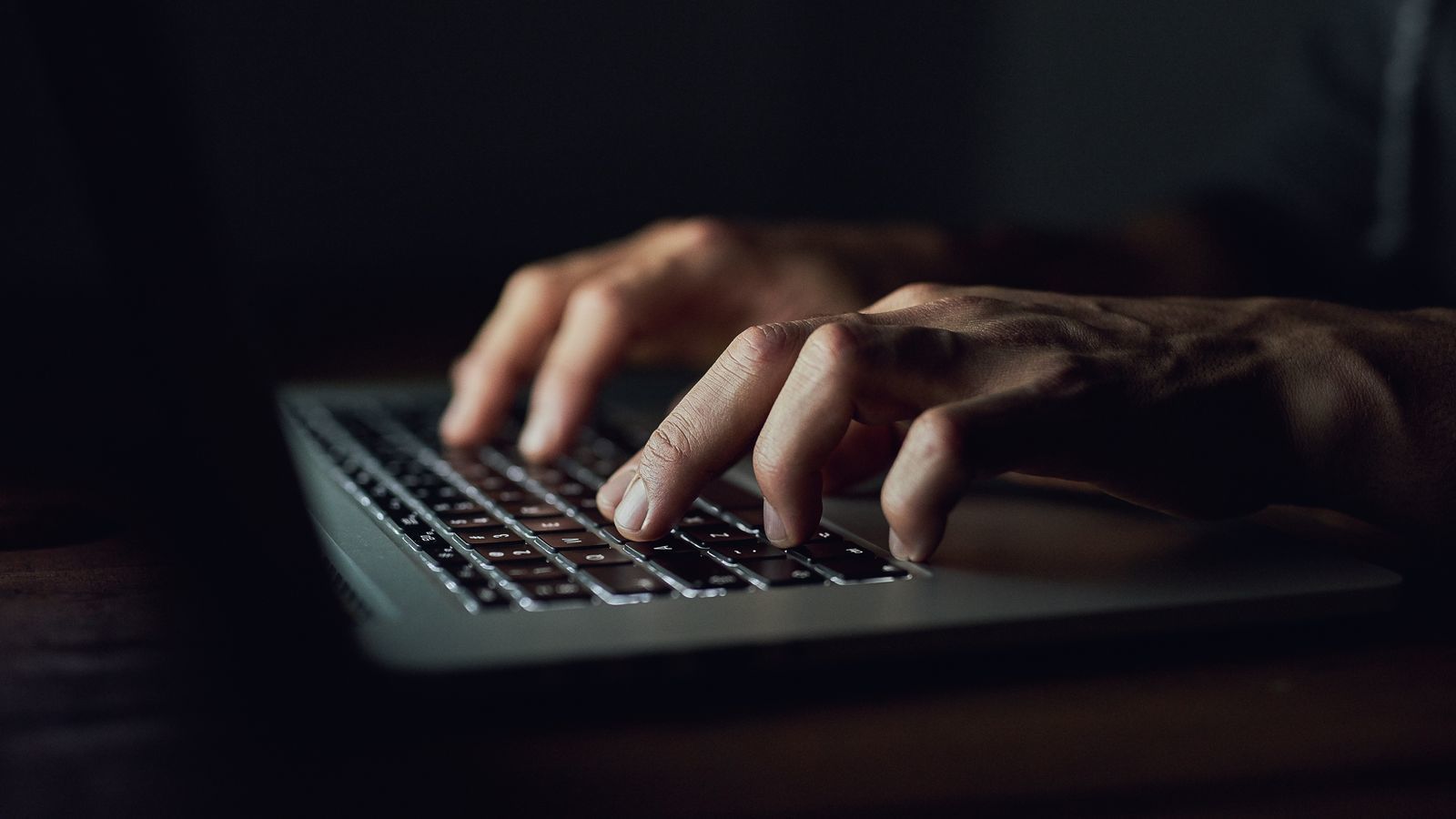 Almost 9,000 cases were reported in England, Wales and Northern Ireland last year - an increase of more than a quarter (27%) on the year before, police figures show.

Some of those targeted have lost hundreds of thousands of pounds to people they thought they were in relationships with, according to Victim Support.

Lisa Mills, senior fraud manager at the charity, said the woman conned by the fake Nicolas Cage profile was vulnerable and she "could ill-afford to lose" the money.

The fraudster behind the account - who is not thought to have been found by police - claimed Cage needed the funds for "tax reasons" and he planned to visit the UK, while urging the victim to keep their relationship "on the low down", Ms Mills added.

There is no suggestion of any wrongdoing by Cage whose representatives did not respond when approached by Sky News.

Ms Mills said romance fraud cases involving fake celebrity profiles were "challenging" because victims often have an "overwhelming desire" to believe they are communicating with the actual stars.

Another victim was duped by someone pretending to be Prison Break actor Wentworth Miller online and still refuses to accept that it isn't him, she added. 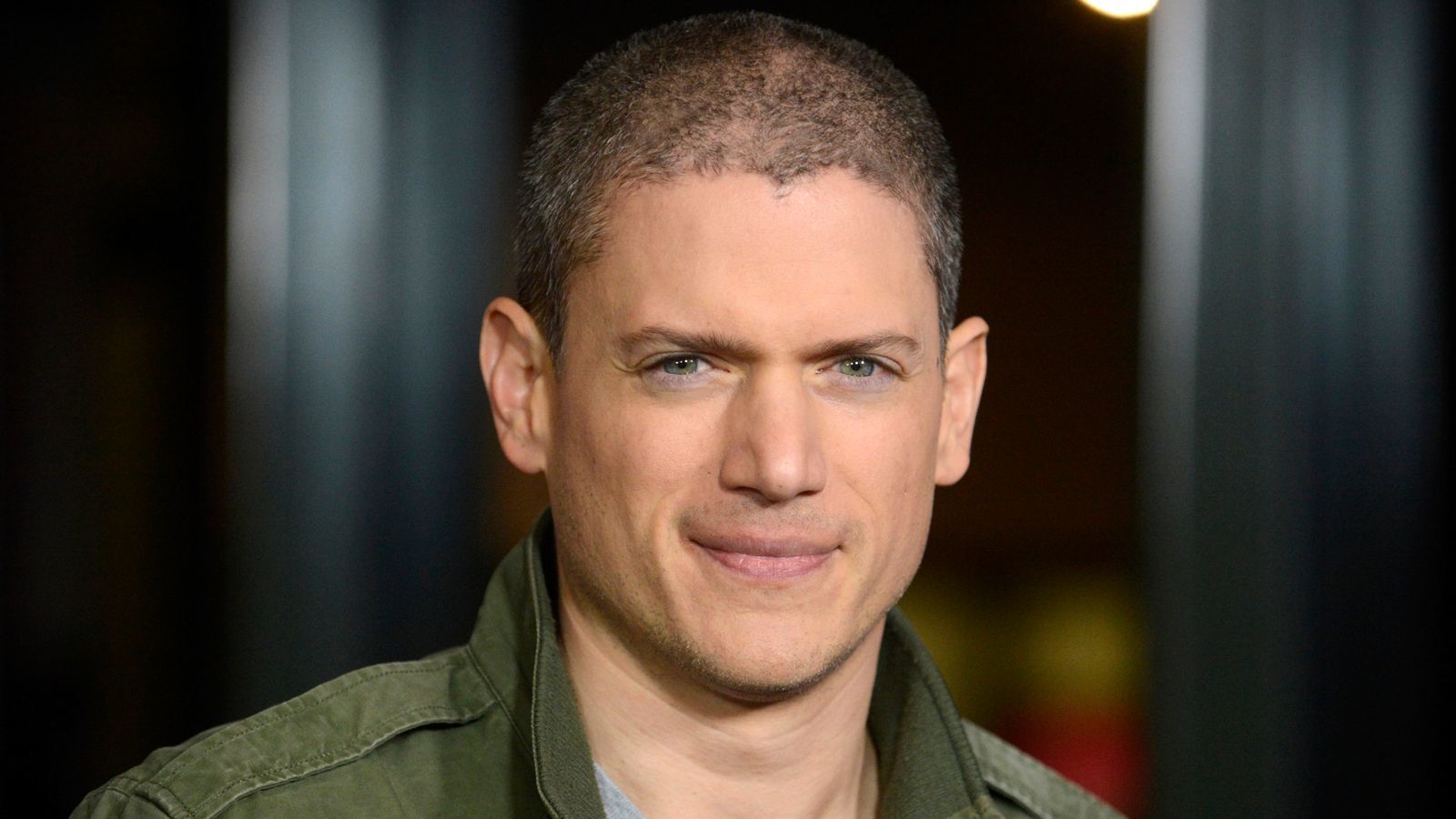 Ms Mills told Sky News: "I think it's hard to convey to wider society - people just scoff and think 'I wouldn't be taken in by that'.

"It's real, it's happening and we have to support people who have gone through it.

Romance fraud victims have 're-mortgaged homes and taken out loans'

Ms Mills said some romance fraudsters posing as celebrities have sought out victims who follow the social media channels of famous figures.

She said: "Now the dating websites and apps are doing their upmost to protect their users, fraudsters have to look for alternative means.

"They can go through Facebook or Instagram, sending out random requests in the hope that people pick up and they can start drawing victims into their web.

"Victims may not have a support network around them. They may have no one in their family to challenge them to say: 'What are you doing?'" 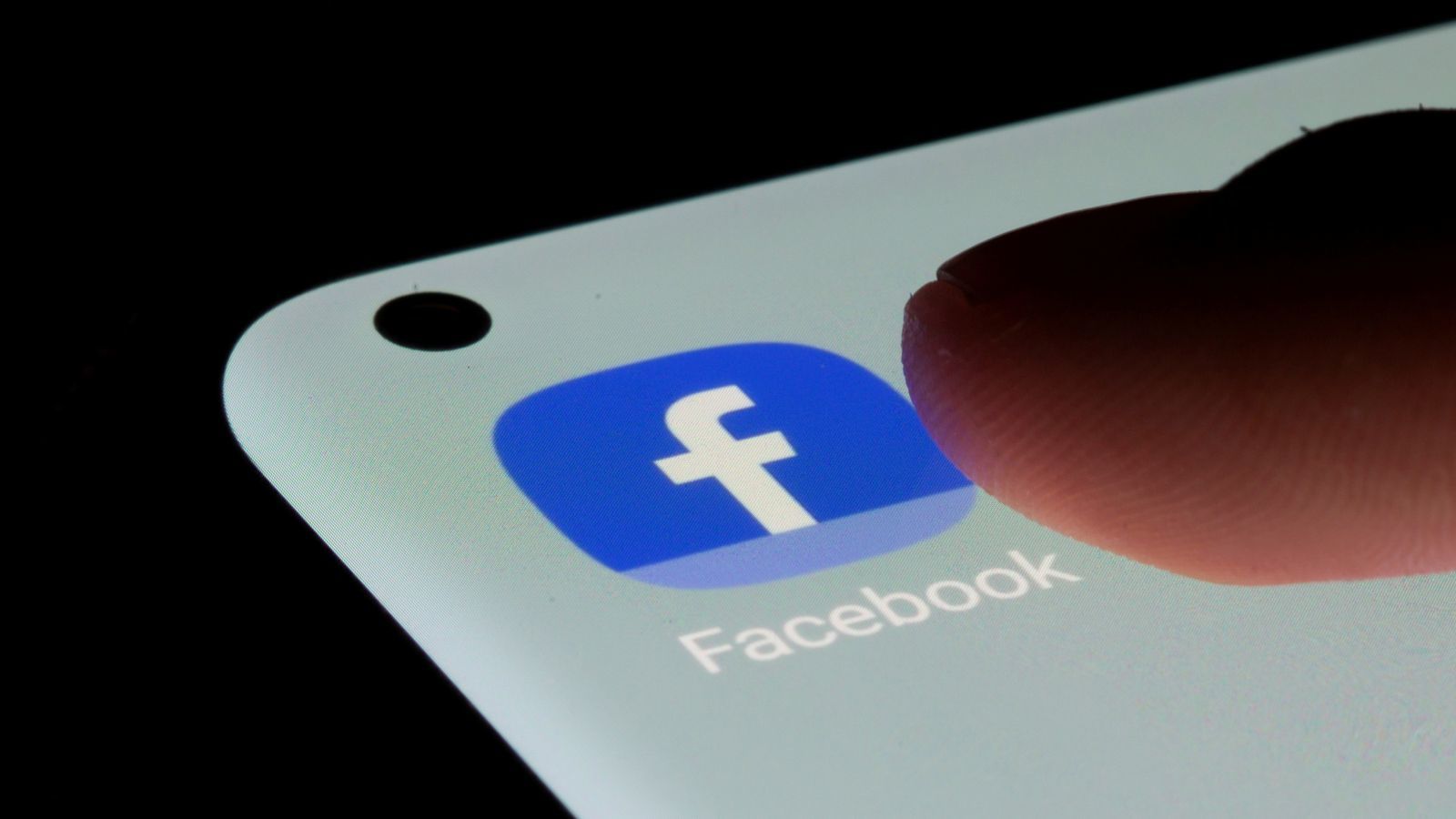 Ms Mills said about 80% of romance fraud victims she has supported have been aged over 60 - including one victim who was over 90 years old.

She said: "In the more extreme cases I've seen people have re-mortgaged their homes, they've taken out loans. I've dealt with cases involving hundreds of thousands of pounds.

"The sad thing is people are left bereft and thinking 'who can I trust going forward?'

"It does shake people to their very core.

"It's a disgusting crime."

He told Sky News: "I think a lot of people see reports of romance fraud and think the victims are silly or stupid - 'how could people fall for these scams?'

"I liken it to grooming. Offenders will groom victims and it can happen over quite a long period of time.

"Criminals can be sat at a computer communicating with 50, 60, 70 people or more - and they are trying to target other people as well.

"We've got organised crime groups doing this on an industrial scale." 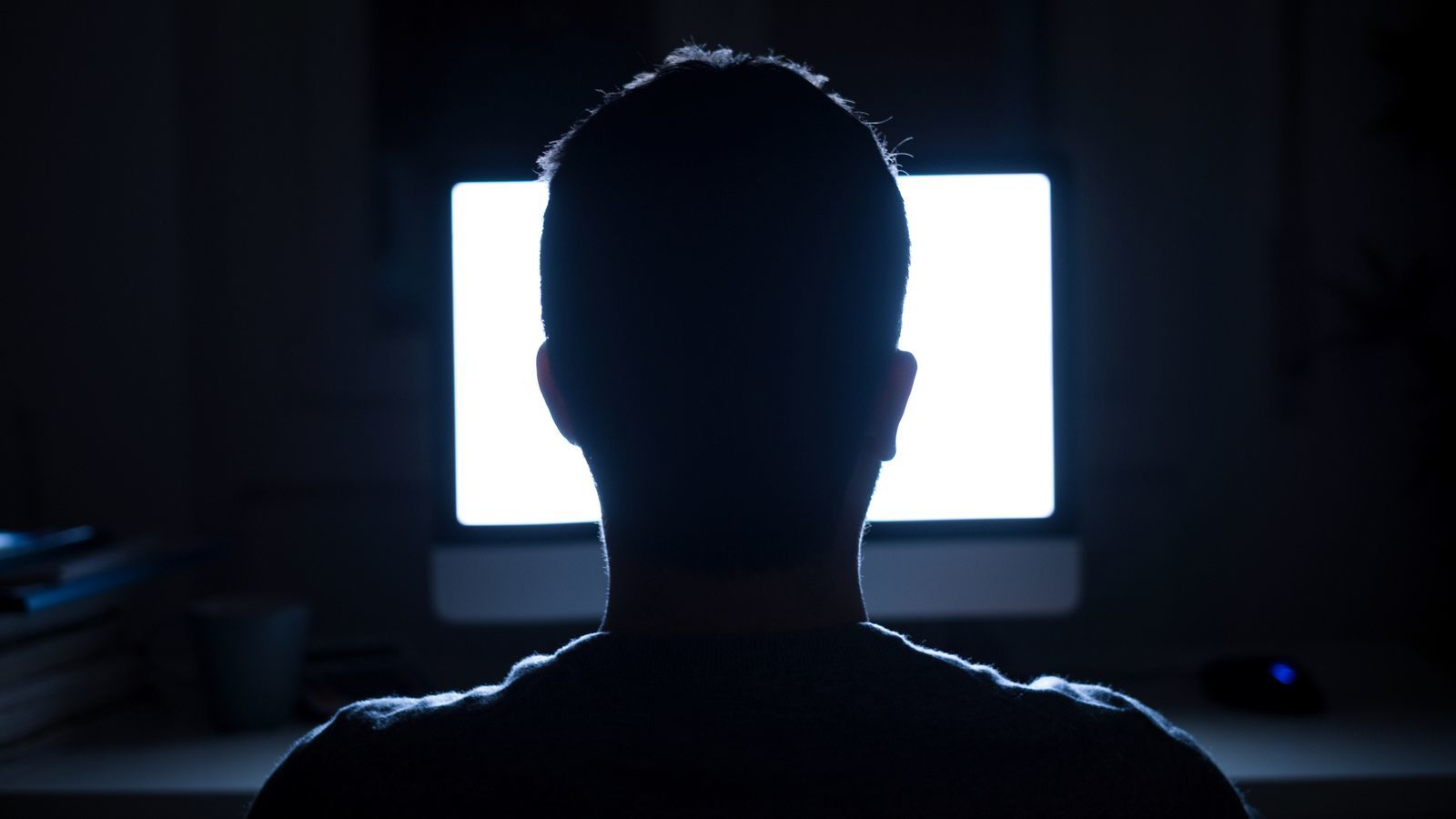 The scammers - who typically use false pictures on their online profiles - will often claim to work away in jobs such as the military and medical professions, Mr Parkinson said.

One of the tactics used involved fraudsters trawling through personal information on social media profiles "to work out triggers in victims", he added.

The senior detective said: "If you disclose 'my mother died of cancer,' later on that might be the hook (for the criminals).

"That might be the hook for them to say: 'I've just been diagnosed', and they'll know that will resonate with you because you've lost someone with cancer yourself."

Mr Parkinson said the fraudsters had "zero morals" and some victims had been used as "money mules" after unwittingly having stolen funds transferred into their accounts.

Half of victims were women, just over a third (39%) were men and 11% of victims did not report their gender.

Mr Parkinson said: "We've had almost 9,000 reported cases - the likelihood that is the tip of the iceberg.

"Some people are chronically embarrassed when they become victims so they won't talk about it."

Who's been convicted of romance fraud?

A romance fraudster was jailed last week for more than two years after he targeted vulnerable older victims - including a woman with terminal cancer.

Osagie Aigbonohan, originally from Lagos, Nigeria, posed as Tony Eden on dating websites, using a picture of a grey-haired, middle-aged white man to dupe his targets. 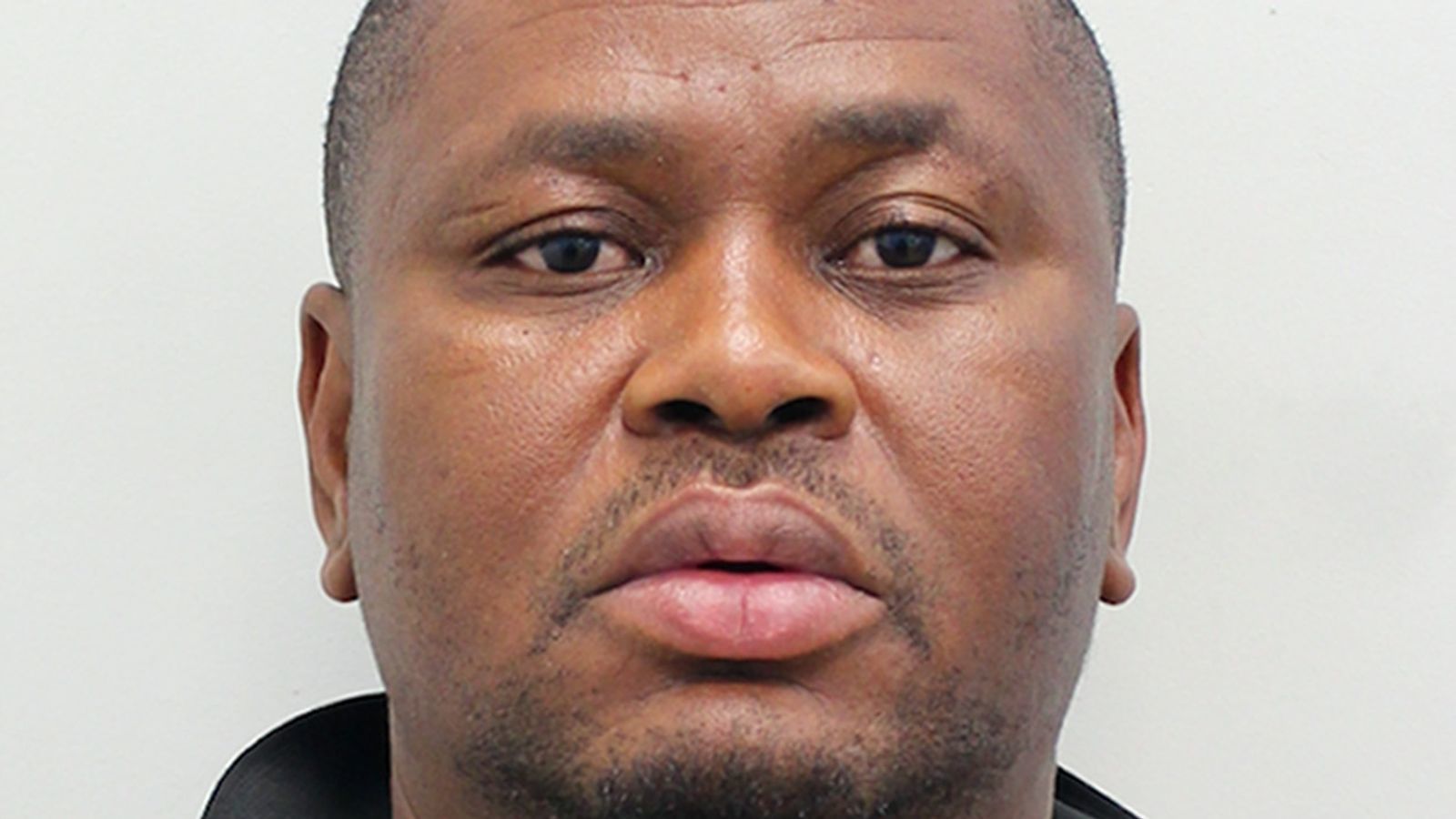 He contacted more than 670 people on sites including Tinder, Bumble, Christian Connection and Plenty of Fish, scamming nine of them between June 2019 and July last year.

One of his victims told him she had been diagnosed with cancer but he continued to ask for money and even sent messages after she died, London's Southwark Crown Court heard.

Another serious case involved serial fraudster Richard Robinson who conned two women out of more than £210,000. 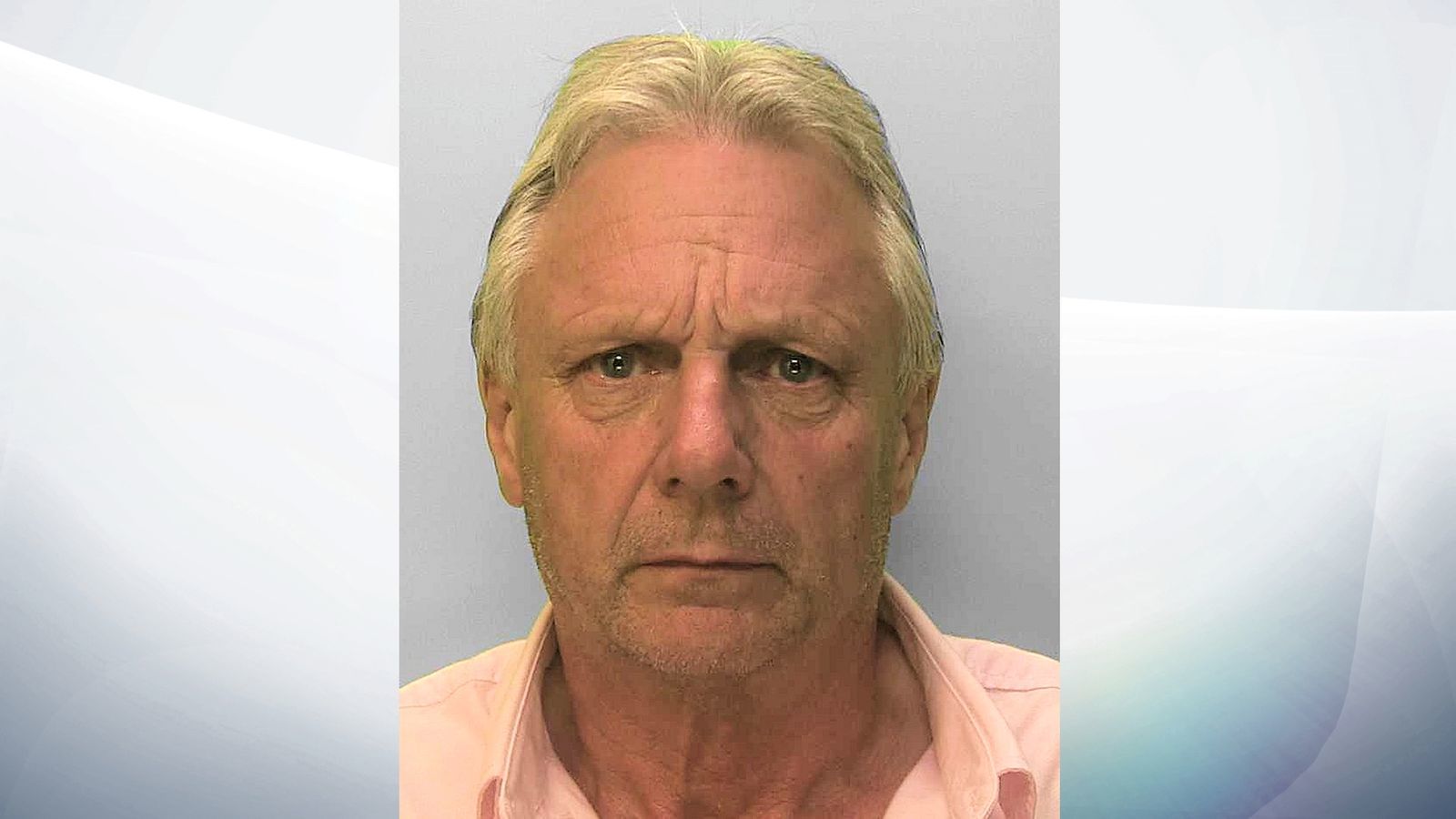 Richard Robinson was jailed for 10 years in 2020. Pic: Sussex Police

The motor dealer, from Camerton in Somerset, was jailed for 10 years in 2020 after he groomed vulnerable women into giving him money and convinced them to put their houses on the market.

He met one of the victims on the dating website Plenty Of Fish, a court heard.

Samantha Cooper aims to identity romance fraudsters before people fall victim to them through her private investigation company Rogue Daters.

She told Sky News that having used dating sites herself in the past she was aware that some people "quite blatantly lie". 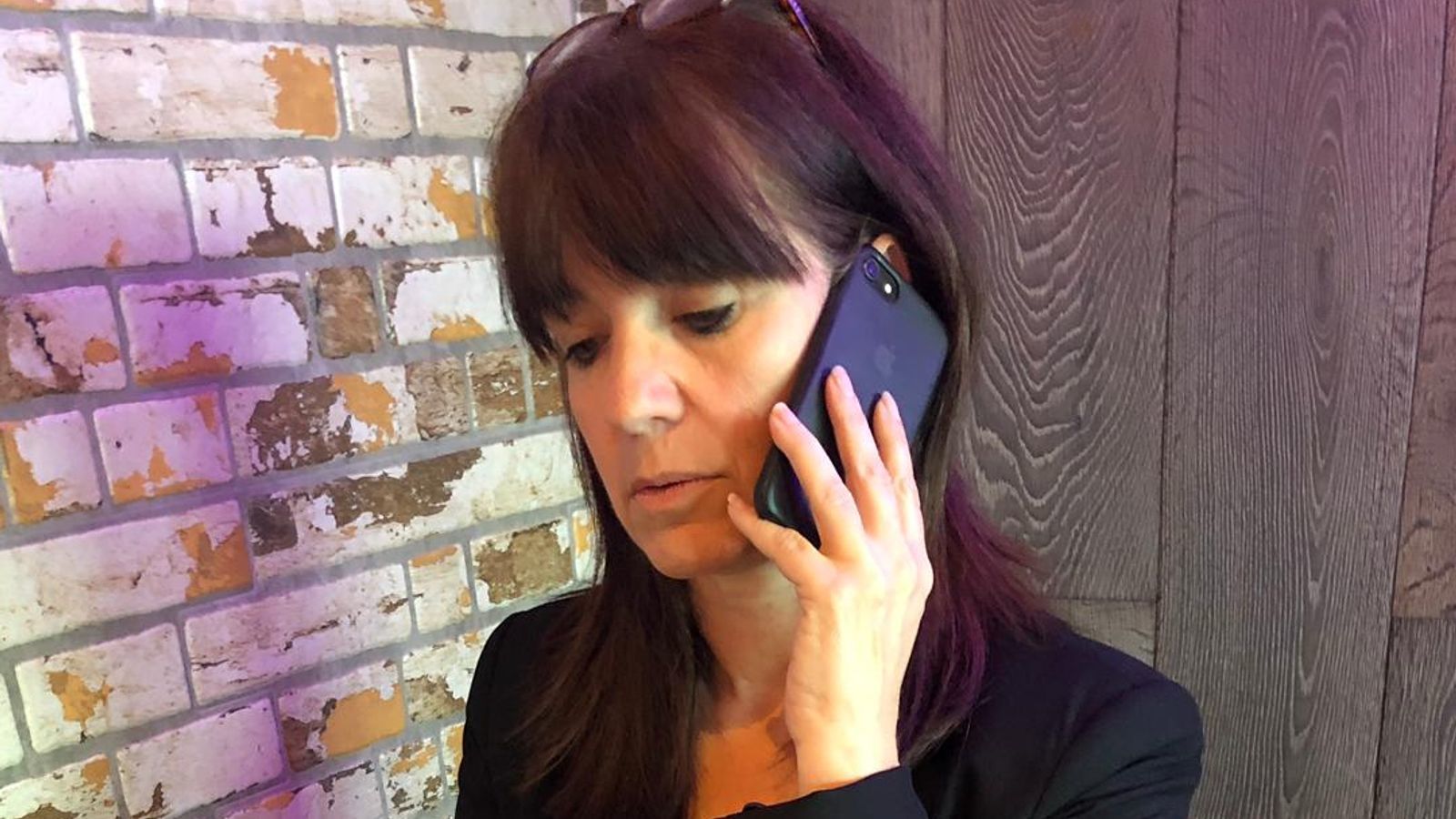 "I had a client who had been ripped off £3,000 through a romance fraud and that's where I thought there's a gap in the market," she said.

"I think the public's perception is it's normally women who get scammed but it's people scamming both men and women.

"The truth is, if you've got money, a scammer will take it whatever age you are."

Ms Cooper said the effect of romance frauds can be "truly devastating" and she knows victims who have been left feeling suicidal.

She added: "People will say: 'Oh they are so stupid, it wouldn't happen to me.' I don't think they really understand how sophisticated these scammers are and the lengths people will go to scam someone.

"It's a lucrative business to them.

"I've seen people fall out with family members because one is telling them it's a scammer and they don't believe it."

Facebook's parent company Meta said fraudulent activity is not allowed on the platform and it had dedicated "significant resources" to tackle the issue.

A Meta spokeswoman told Sky News: "Most celebrities are verified on Facebook with a blue tick by their name.

"We'd recommend being wary of giving personal details or sending money to unverified celebrity accounts or people you don't know and trust."