Shama Hanif is a 26-year-old Muslim woman who works as a school counsellor in Peterborough. She was diagnosed with anorexia in her mid teens. Here, in her own words, Ms Hanif tells of her struggle with the illness and how she has cast off the shame she once felt about her condition.

It all started when I was 14 as an attempt to just try to control everything that was going on as it all felt so out of control. I just felt really invisible, like no-one cared.

Things just kept going wrong and I felt really alone, like I was mediocre at everything - not particularly clever, not popular, not one of the pretty girls. I just felt like no-one would care if I wasn't there and I just wanted to feel like I was in control of something.

As soon as the food restriction started, I felt that control.

Even now when I look back and it was completely out of control and I wasn't in control at all, at the time it felt like I was in control of something. 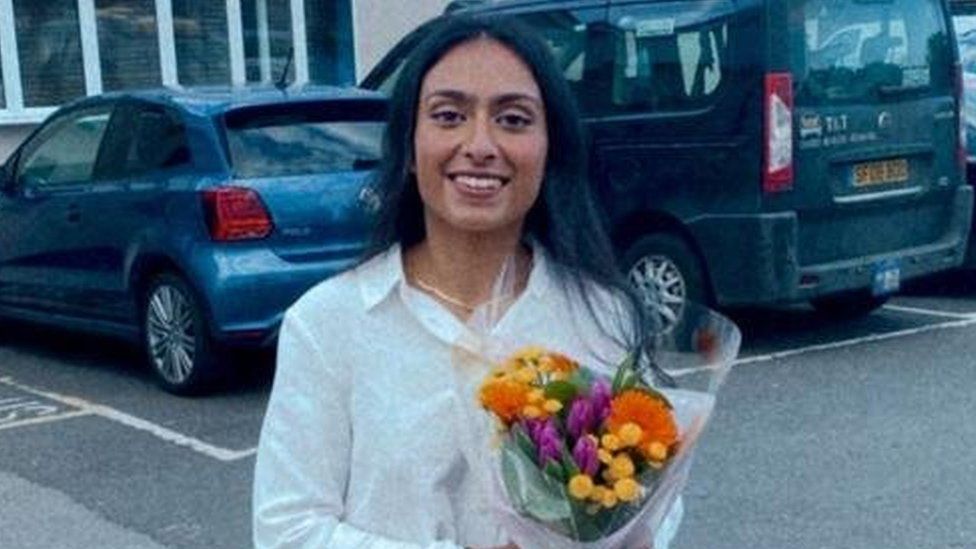 When my anorexia first started, my parents thought I was just trying to be healthy. They didn't encourage it but they didn't think it was a problem.

When I was referred to the children and adolescent mental health service (Camhs) and [my parents] were told, "Your daughter has been diagnosed with anorexia nervosa, and this is what it means," my dad said: "I thought that only happens to models."

He just couldn't understand how to help, he didn't know what to do.

Neither did my mum, who is from Pakistan and, I'm sure there are people struggling with anorexia, but it doesn't get spoken about. She is from a family which has to work really hard to put food on the table and [has] grown up with food as a blessing, like if you can get a meal then you're really lucky.

For her it doesn't make sense for someone to say no to food when they are lucky enough to be able to afford it.

My parents didn't speak about it [Ms Hanif's anorexia] so when anybody would ever ask "where is Shama? Is she OK?" they would say "no she's really unwell" but wouldn't say "she's got anorexia".

'It's almost seen as a weakness' 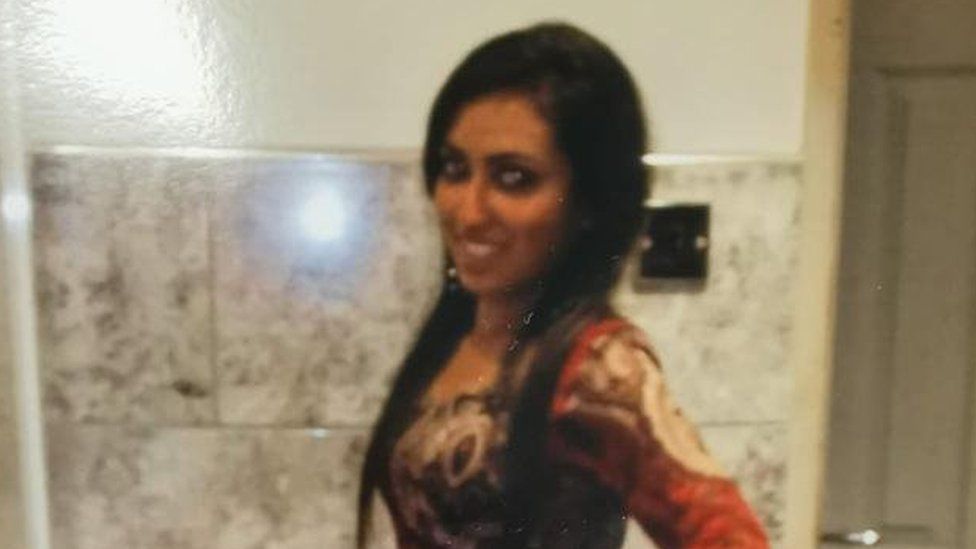 Shama was supported by a Peterborough-based eating disorder charity

Mental health in general is something that is really taboo in the Pakistani community. If you're struggling, you don't talk about it. You keep it within the family. It's almost seen as a weakness.

If you tell someone you're struggling it's a weakness, you deal with it, you don't tell other people, you just get on with it.

So I think 10 years ago that definitely was the case that when people asked, my parents probably felt like they were going to get lots of judgement if they were honest because people wouldn't understand.

On my treatment, I was lucky enough to have amazing nurses and the Camhs team were great, even though at the time they didn't feel great. I hated them.

They were making me do things I didn't want to do and making me feel out of control again but now when I look back at it they did save my life.

'There's nothing to be ashamed of' 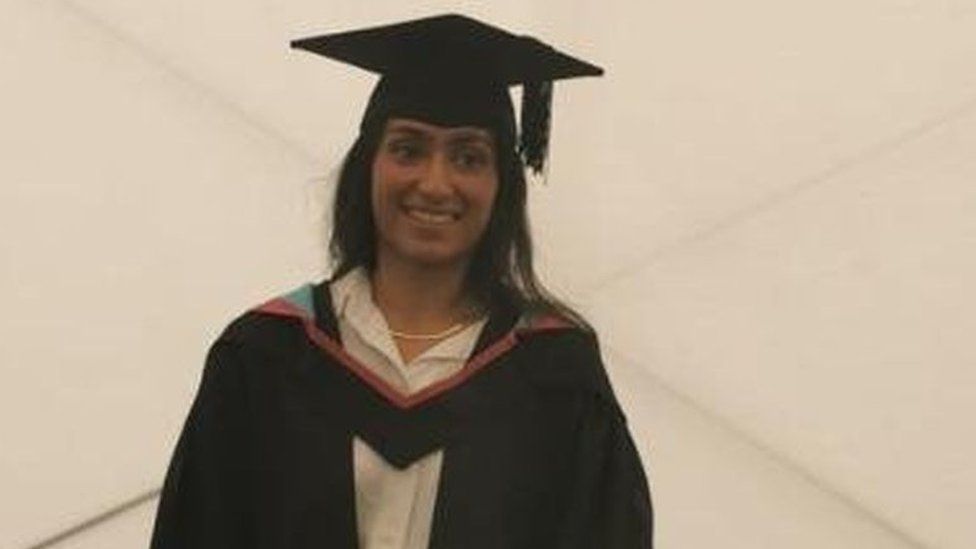 Twenty years down the line I don't want to look back and think all I did was worry about food. I'm hoping that if anyone's reading this they can see I'm on the other side of it now and it is possible, and also to not feel ashamed by it.

I think for a long time I felt really ashamed to admit this.

There are lots of people in my life who will not know any of this until they've seen this and I think it's because I've been ashamed all this time and I don't want people to feel that way, because there's nothing to be ashamed of. 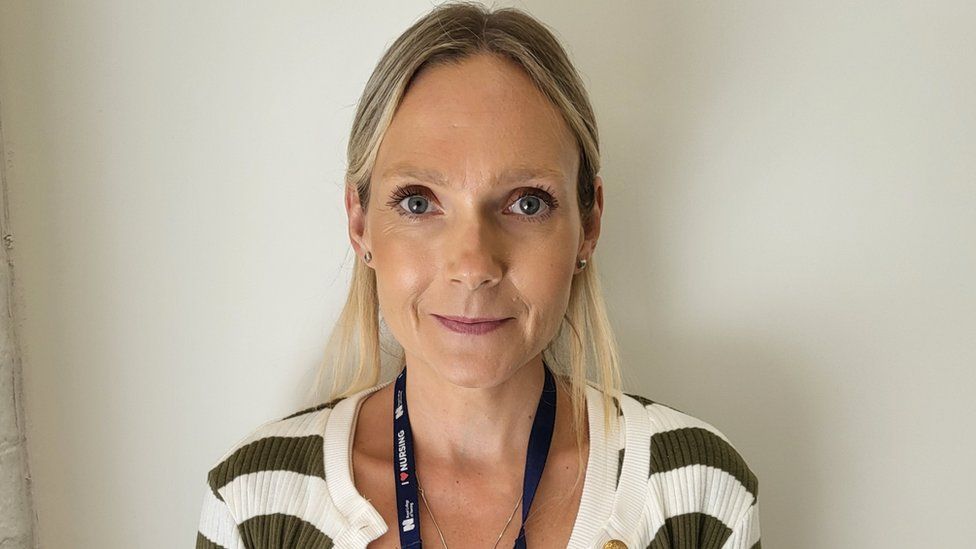 She said the charity had seen an increase in referrals from ethnic minority groups.

"For example in the Muslim community," Ms Scott said, "we are finding more people are coming forward now, not necessarily for themselves but another family member is often referring on their behalf, with the service user's consent.

"I think hopefully it's recognised more now. It doesn't matter who you are, where you're from, what your background is, eating disorders can affect anybody."

In England, hospital admissions for people with eating disorders have risen by 84% over the past five years.

And Covid-19 has had an impact too, Ms Scott said. Her charity has seen a 400% rise in referrals since the pandemic.

She said: "In the last few years when we have seen the tsunami of referrals I think now as a government it's being taken more seriously and more is being put into research, and that's something we really need to continue with."