Exclusive: Sports Minister Stuart Andrew says he is ‘not going to shy away from who I am’

In an exclusive interview with The Standard, the UK’s first openly gay sports minister said he was determined to make the gesture even though world football’s governing body Fifa has warned players they could be booked for making political protests. 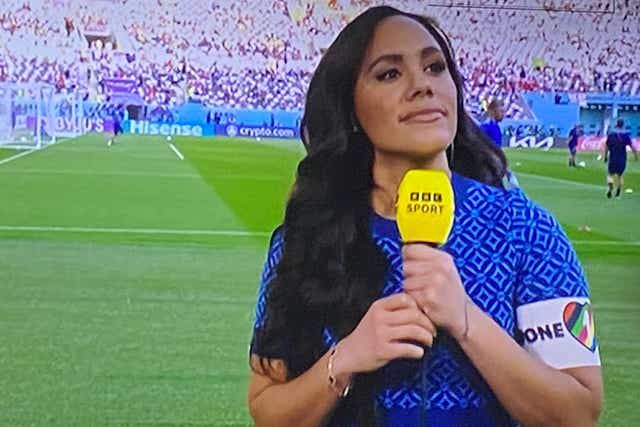 Alex Scott wears the OneLove armband during the England v Iran match
“I absolutely will be doing so,” he said. “I’m not going to shy away from who I am. Our message very much is that no one should have to hide who they are.”

Qatar’s controversial World Cup has been at the centre of storm over LGBTQ rights because it forbids same-sex relations under Islamic Sharia law.

With some teams - including England and Wales - preparing to wear the armband in a defiant show of solidarity with the LGBTQ community, Fifa warned players they could face sporting sanctions if they went ahead.

Football associations subsequently backed down although Germany’s players expressed their frustration at the decision before their opening game against Japan by covering their mouths while they posed for a team photo. 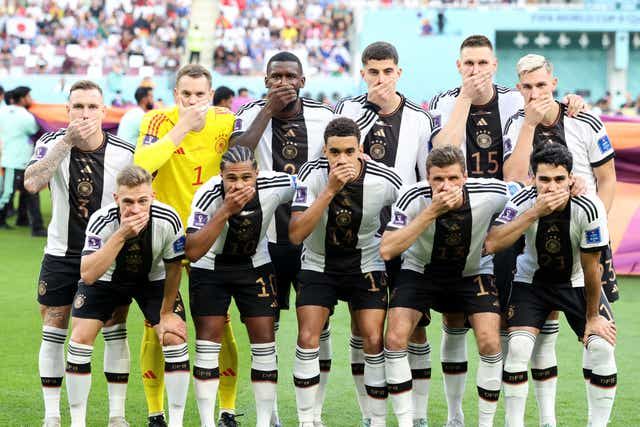 Mr Andrew, who is also an equalities minister, said that as a gay man he is in a “unique position” to send a message of solidarity to those LGBTQ fans who didn’t feel safe or comfortable to travel to Qatar for the event. 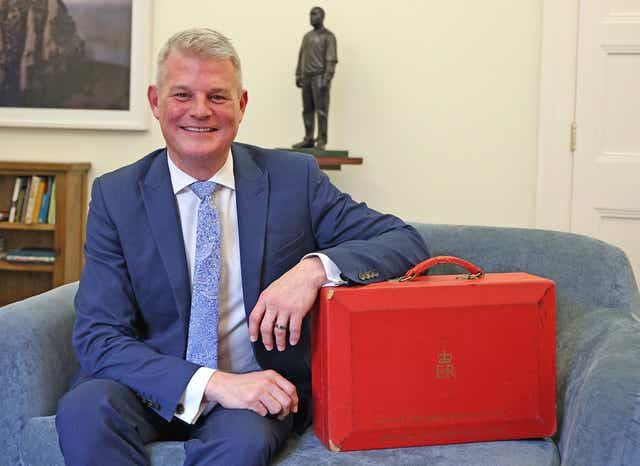 And he slammed Fifa for putting players in an “impossible position” by barring them from showing their support too.

“It is pretty appalling that at the eleventh hour they were put in a position where they were told there would be sanctions against them. That’s put them in an impossible position.”

Although some have criticised the FAs of England and Wales for backing down, he added: “This is an incredibly important tournament for international football...of course they want to progress as far as they can. For them to be silenced is deeply unfair.”

Fifa defended its decision to threaten to issue yellow cards to players wearing the armband, arguing that its rules don’t allow “political, religious or personal messages or slogans”. It instead offered team captains the chance to wear an armband that says “No Discrimination”.

But Mr Andrew accused the governing body of hypocrisy. “Two weeks ago they wrote to everybody to say just concentrate on the football and don’t do the politics,” he said.

“Then they say you can’t wear the armband, but you can wear ours. Well I’m sorry, that is just not an acceptable position. It’s not sustainable. And I think there are serious questions for FIFA to answer.”

He also took aim at Fifa President Gianni Infantino over his extraordinary rant against western nations for lecturing Qatar over its laws and culture.

“I don’t understand how in one breath you can say, I am gay today. I’m a migrant worker today. I’m Qatar today and whatever. And then the next day tell our teams they can’t wear their armband. Which is it?”

The Tory MP for the Leeds constituency of Pudsey was appointed sports minster by Liz Truss in September but was kept on in the post by Rishi Sunak when he took over last month.

The Welsh-born minister said he considered boycotting the World Cup because of its laws on same sex relationships, but decided to go because he wanted to ensure the hosts were sticking to their commitment to make everyone welcome.

“This has been a decision I’ve thought long and hard about because it is a very deeply personal decision,” he said.

“I have done a lot of work before this tournament started. I met with the Qatari ambassador and had a very frank conversation about what does ‘everyone is welcome’ actually mean.

“I have a responsibility to go there and see for myself that is actually what has been delivered on the ground. And if it isn’t in any way then to challenge that.”

With Fifa’s decision to award Qatar 12 years ago still tainted by allegations of corruption - claims Qatar has always denied - and the country’s human rights record and treatment of migrant workers, Mr Andrew said it was important the lessons of this event are learned.

“I really hope that Fifa will have a long hard look at the criteria that are needed for host nations to host such tournaments because clearly, I would have thought their ambition would be for everybody to want to enjoy the games and make them the most successful ever.”