A woman who left her baby son to die in his cot posed for pictures outside court before she was jailed for child cruelty.

Stacey Davis, 31, left Ethan in his cot while she went to a local park and ran errands.

For two hours the one-year-old had nobody caring for him when the temperature hit 27°C with windows closed and no fan.

When she returned two hours later she failed to check on Ethan for another 30 minutes, texting a friend instead, before discovering his lifeless body in his cot.

He was pronounced dead shortly after arriving in hospital on June 27, 2018.

It was later discovered that he had a five-inch skull fracture but the cause of death remained unascertained after a post-mortem.

She said that he had fallen and banged his head but admitted she didn’t take him to hospital despite swelling, bruising and obvious stress. 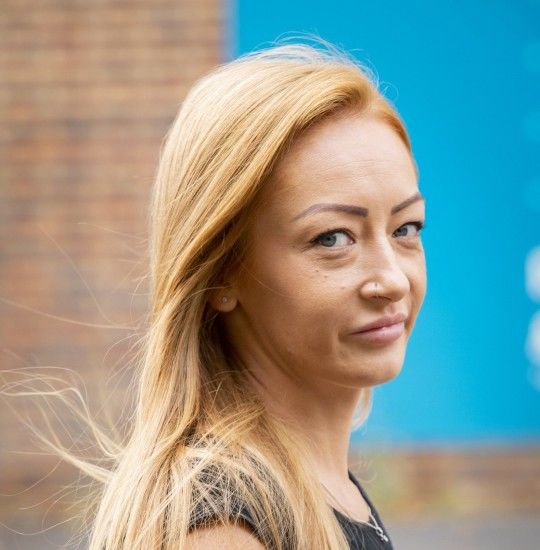 Stacey Davis appeared very relaxed as she headed to court
Her defence lawyer, Mark Ashley, said she was suffering from post-natal depression after he was born prematurely via C-section and needed colon surgery, resulting in a two-month hospital stay.

He said she had struggled to bond with Ethan and did not visit him in hospital much because she couldn’t get lifts from her family.

Cannabis was found in his hair, which Davis said was because she smoked weed around him regularly.

Mr Ashley said: ‘She was coping with it in the wrong way – she was smoking cannabis’.

Judge Parkes KC cut him off saying: ‘It was incredibly stupid. Go outside and do it.’

Describing Davis’ behaviour as ‘thoroughly selfish’ and jailing her for two years Judge Parkes KC said: ‘There is no evidence you or his father caused Ethan’s death, no suggestion you did so. 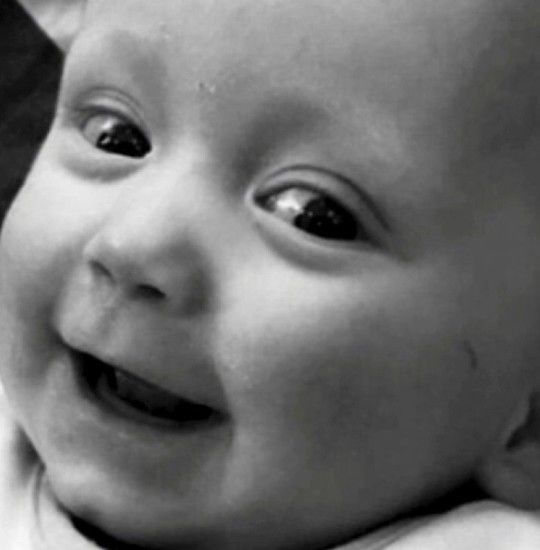 Baby Ethan Davis,1, died in his crib after being left alone in a hot room with a fractured skull for over two hours while his mum went out shopping 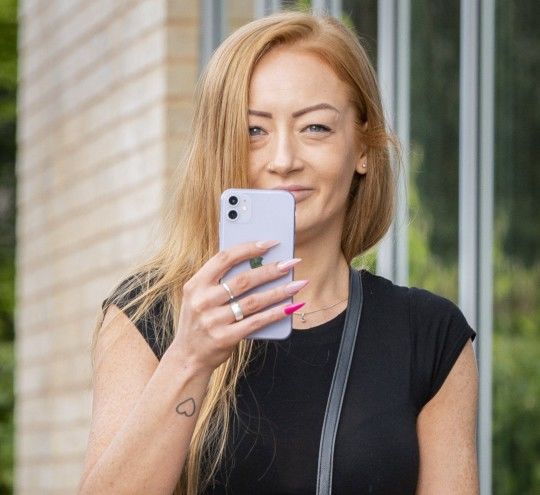 ‘The sad fact is that you fell very seriously short of the duty owed to Ethan as his mother.

‘He suffered a 15cm skull fracture one-to-three weeks before his death, likely to be from blunt impact of significant force.

‘You failed to seek medical attention for the injury to his head. Any normal parent would put the child’s health before anything.

‘It is clear you abandoned him on two occasions, including the day of this death.

‘This is aggravated by the fact it happened twice. You left Ethan alone in his cot in a room with a closed window.

‘What is particularly appalling about this episode is that you spent half an hour on the phone, sending and receiving messages [when you arrived home], until you went to check on Ethan.

‘You had not seen him, checked on him, for nearly three hours.’

Davis has started a drug rehabilitation course but smoked it this week due to her ‘stress levels being particularly high.’