Roberta Metsola has been elected as the youngest ever president of the European Parliament and the first woman in the role for 20 years.

Ms Metsola, 43, has a record of being anti-abortion, but has billed herself as pro-LGBT rights.

The Maltese national takes over the role from David Sassoli, 65, who died last week after a serious illness.

She is one of three women in the top EU jobs, along with the heads of the European Commission and Central Bank.

But taking questions from journalists on Tuesday, she was asked more than once about her views on women's reproductive rights.

She's been criticised for her voting record on the issue and, in 2015, joined other Maltese MEPs in saying they were "categorically against abortion".

A predominantly Catholic country, Malta is the only EU member state to have a complete ban on abortion.

However, Ms Metsola has insisted she will represent the European Parliament's view on sexual and reproductive health, rather than her own.

The parliament has, she said, "repeatedly called for these rights to be better protected".

"My position is that of the European Parliament."

A member of the centre-right European People's Party, she is a lawyer by training. She's long been part of the Brussels bubble although addressing MEPs she urged the EU to "burst through it".

Her previous jobs have included acting as legal adviser to British politician Baroness Ashton, who was then the EU's top diplomat. 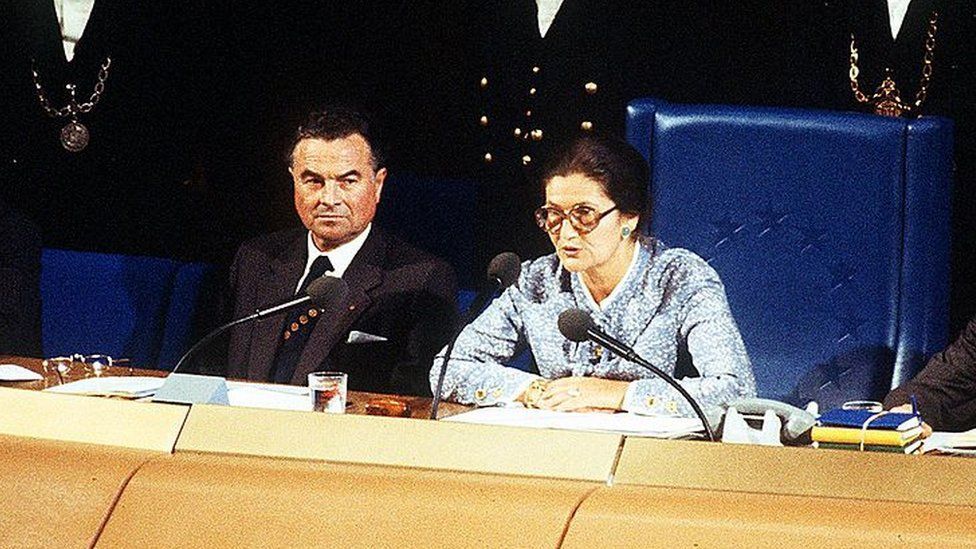 But it is her Maltese roots that were of more interest immediately after her election by MEPs.

Malta has a population of just over 500,000 people and is the EU's smallest member state.

"We've never had so many Maltese in the room!" she exclaimed with pleasure as she noted the number of her fellow countrymen and women in the Strasbourg press pack.

The warmth was reciprocated: "Congratulations," said one journalist. "As Maltese we're very proud that you were elected for such a prestigious position."

Malta has historic ties with the UK, securing independence in 1964.

EU-UK relations have come under strain since Brexit although UK Foreign Secretary Liz Truss is known to be trying for a "reset".

An EU diplomat said that while Ms Metsola would be "inclined to understand the British", she would not be offering any new approach on post-Brexit ties: "She's a Europhile. Her top priority will be the EU."

It would be hard to be elected to the position of European Parliament president if she was anything else.