Bill Gates and Melinda Gates walked their oldest daughter Jennifer Gates down the aisle ahead of her nuptials to fellow equestrian Nayel Nassar.

Jennifer was also photographed posing with bridesmaids in her wedding gown on Saturday at her sprawling 124-acre horse farm in upstate New York. The Microsoft co-founder is said to have purchased the $15.82 million estate for Jennifer in 2018 shortly after she graduated from Stanford University.

The luxurious, star-studded event took weeks of planning. Photos that surfaced earlier this week showed the expansive property being transformed into an opulent wedding venue, complete with a stage, elaborate pavilions, floor-to-ceiling windows, hardwood floors and a stage.

In addition to 25-year-old Jennifer's parents – Bill, 65, and Melinda Gates, 57, – attendees included brother Rory, 22, and sister Phoebe, 19. The nuptials came just months after Bill and Melinda announced they were splitting after 27 years of marriage. Their divorce was finalized in early August. 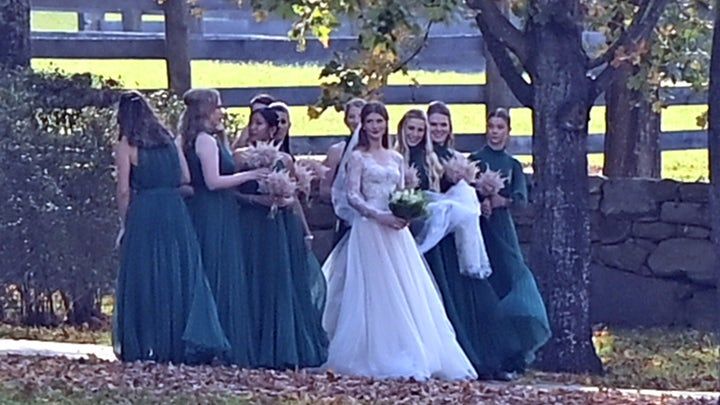 Jennifer Gates is photographed posing for photos with bridesmaids before getting married in North Salem.

Also in attendance was Bill Gates' stepmother, Mimi Gardner Gates, a 79-year-old respected art historian. On Thursday, Bill and Mimi were spotted arriving in New York for the weekend’s celebrations, with Mimi making headlines for wearing a striking jester-like cap. Gardner Gates accompanied Bill on a helicopter to New York City after landing in Newark in her stepson’s private jet and beamed under a black beanie with a flower-shaped topper.

Gardner Gates, a Stanford graduate who earned her Ph.D. in art history at Yale, married Bill Gates Sr. — an attorney and philanthropist who died last September at age 94 — in 1996.

According to reports, the wedding was likely to cost the Gates family "at least" $2 million.

Jennifer and Nayel, 30, met on the prestigious show-jumping circuit and got engaged in January 2020. At the time, Jennifer shared the news on Instagram, with a photo of the two of them on a ski vacation. "Nayel Nassar, you are one of a kind," she wrote. 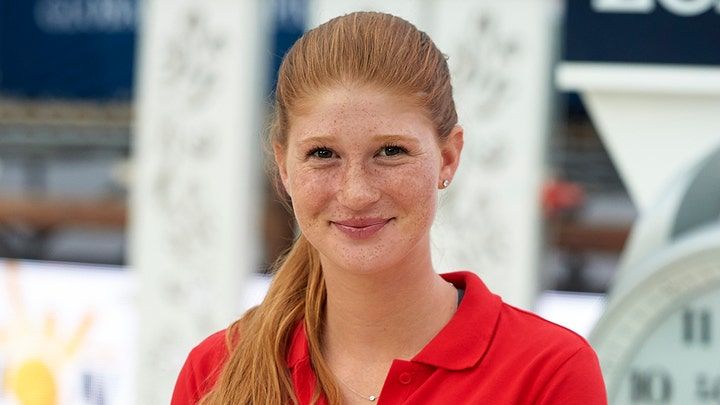 "Absolutely swept me off my feet this past weekend, surprising me in the most meaningful location over one of our many shared passions. I can’t wait to spend the rest of our lives learning, growing, laughing and loving together. Yes a million times over," Jennifer gushed.

Nayel was just as delighted at the thought of spending forever with the Microsoft founder's daughter. In his own post announcing their engagement, he wrote, "SHE SAID YES!! I'm feeling like the luckiest (and happiest) man in the world right about now. Jenn, you are everything I could have possibly imagined..and so much more. I can't wait to keep growing together through this journey called life, and I simply can't imagine mine without you anymore. Love you more than you can possibly imagine, and thank you for making every single day feel like a dream to me. Here's to forever!"

The North Salem, N.Y. farm proved to be a fitting location for the pair of horseback riders. Nayel represented Egypt this past summer in the Tokyo Olympics. He also rides out of Evergate Stables, which has two locations purchased through a Gates family trust. Jennifer, a medical student, is also an accomplished equestrian who was part of the Longines Global Champions Tour and the Global Champions League. She's competed in shows all over the U.S. and in Europe. 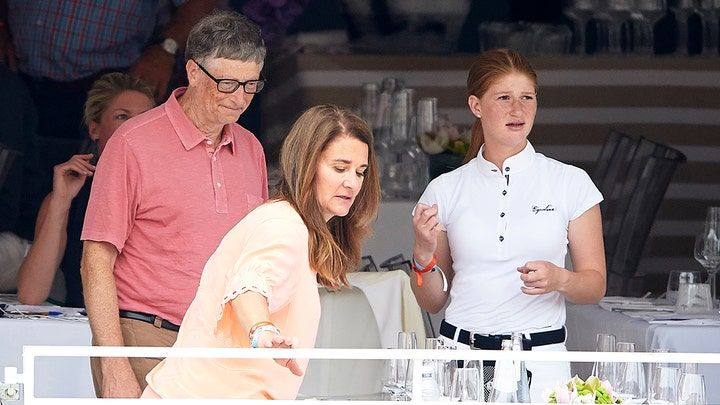 On Friday, Bill and Melinda were photographed reuniting for the first time publicly since their divorce. Bill and Jennifer were also snapped sharing a loving embrace on the property with the fall foliage and greenery of the estate providing a picturesque background for the occasion. 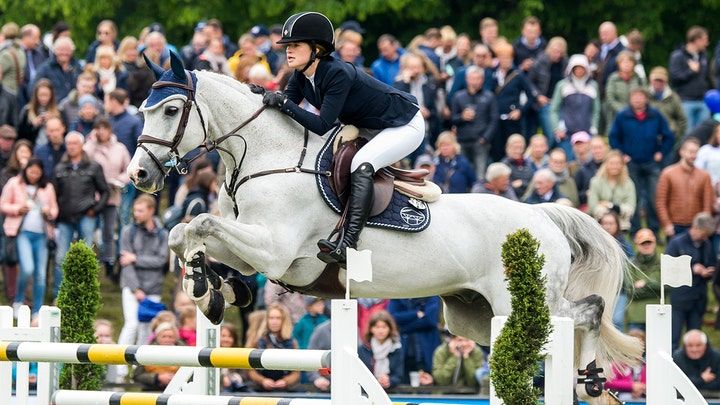 In more snapshots, Bill and Jennifer were seen enjoying one another's company and engaged in a private conversation while on a sun deck while sipping drinks.

The North Salem farm features multiple barns, paddocks and training rings. The neighborhood is also home to some other household names, such as former "Late Show" host David Letterman. Georgina Bloomberg, also an equestrian, owns a horse farm nearby. Her father, former presidential candidate Michael Bloomberg, reportedly snagged the property for her.