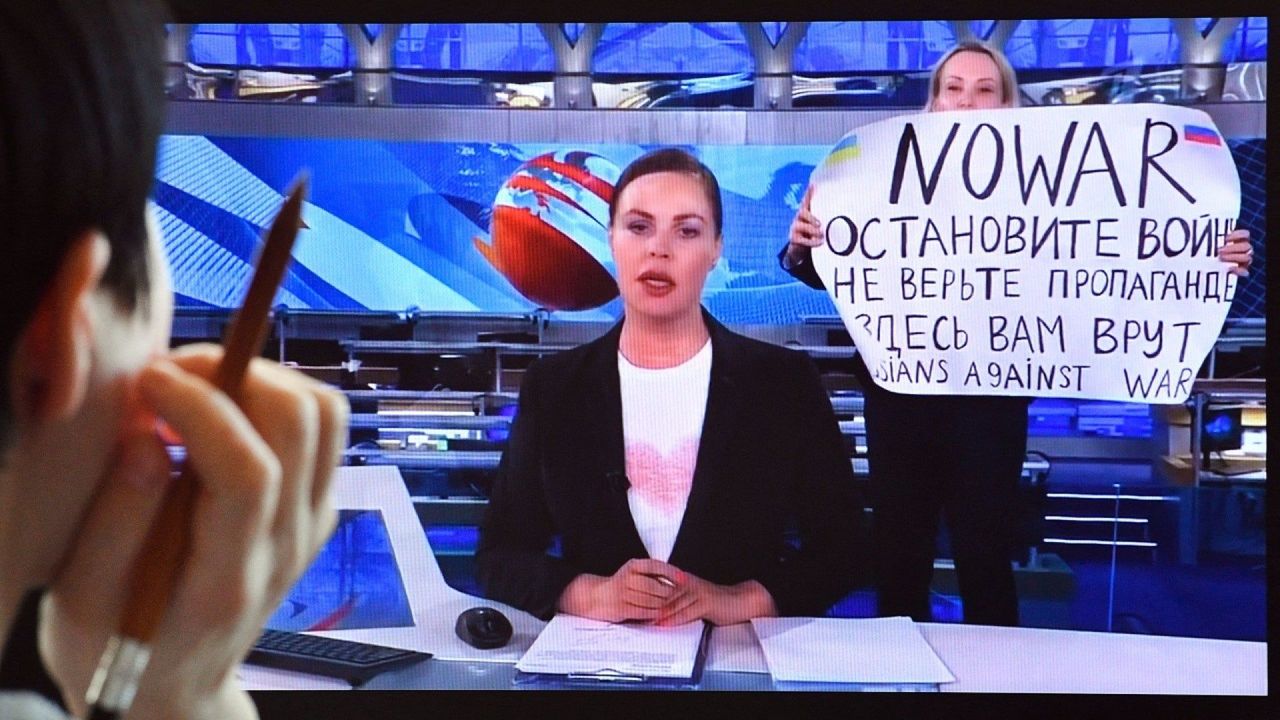 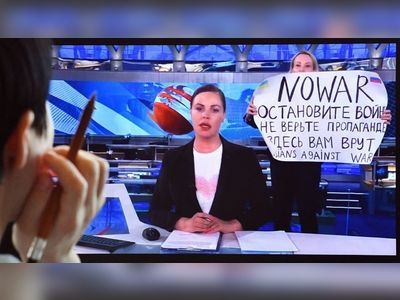 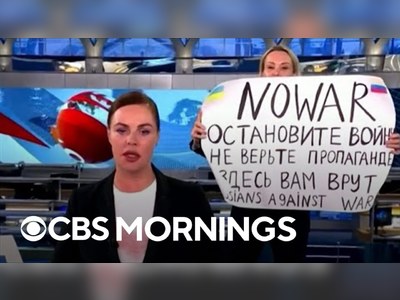 She will work for the company which owns Die Welt newspaper, reporting from Ukraine and Russia, it announced.

The 43-year-old was detained and fined by a Russian court, and made international headlines.

She will now work as a freelance correspondent for Die Welt, writing for its flagship German newspaper and appearing as a contributor on a TV news channel it owns.

Die Welt "stands for what is being defended so vehemently by the courageous people on the ground in Ukraine right now: for freedom," Ms Ovsyannikova said.

Ulf Porschardt, who is editor-in-chief of Welt Group, said that Ms Ovsyannikova's on-air protest "defended the most important journalistic ethics - despite the threat of state repression".

"I am excited to be working with her," he added.

After the March protest, Ms Ovsyannikova said she was prevented from sleeping for two days and questioned for 14 hours, before being issued with a 30,000 rouble (£214, $280) fine in relation to an anti-war video message she had posted online.

In the video, she called on the Russian people to protest against the war, saying only they have the power to "stop all this madness".

After the protest, the journalist left her job as an editor at the Russian state-controlled Channel One, and announced that she would not be accepting an offer of asylum in France, because she wanted to stay in Russia even though she feared for her safety.

Ms Ovsyannikova could still face further prosecution under Russian law, risking years in prison under a new penal code which criminalises spreading "fake news" about the Russian invasion of Ukraine.

Russia recently made it illegal to call the war an "invasion," with Russian state-controlled news organisations instead told to describe it as a "special military operation."