An abusive boyfriend who was spared jail after assaulting his partner went on to murder her in a fit of rage two weeks later.

Robert Massey, 43, strangled Jacqueline Forest to death at her flat in Haydock, Merseyside, on August 30, after suspecting her of being unfaithful with two men including his best friend, Graham Roberts.

He then stabbed her lifeless womb, wrongly believing she had become pregnant by Mr Roberts, before tracking down both men and trying to stab them to death.

On August 15, Massey had been convicted of assaulting Jacqueline, 49, at her home, and was handed an 18-month community order and banned from returning to the property.

He had turned up at her doorstep two days earlier armed with an iron bar demanding to be let in.

Footage recorded through a neighbour’s keyhole and played in court showed him repeatedly taking running kicks at the door over the course of several minutes while Jacqueline could be heard screaming in fear.

She eventually relented and let Massey in, after which he poured vodka on her and threatened to set it alight, Liverpool Magistrates’ Court was told.

The couple, who met in 2020 shortly after Massey’s release from a four-year jail term for drug offences, met up again in a park over the subsequent weekend and spent much of the next few days together in her home despite the court order. 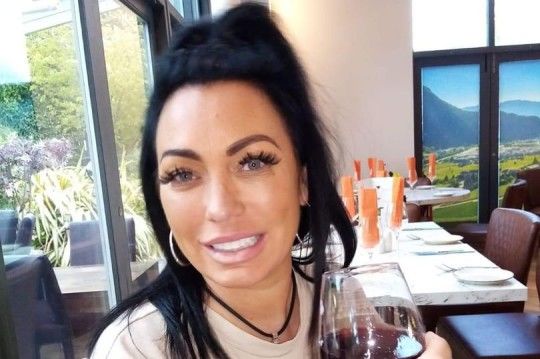 Jacqueline Forest was supposed to be protected by a court order imposed on Massey after he assautled her
On the day of Jacqueline’s murder, the pair had been back at her flat drinking when she decided to take a shower.

Alone in the bedroom, Massey began looking through her phone and found messages suggesting she had been intimate with Mr Roberts and another man named Anthony Murphy.

The court was told Jacqueline had had a ‘one-night stand’ with Mr Roberts during a period when she had split up with Massey.

Massey later confessed he ‘saw red’, grabbing her neck after she got out of the shower and ‘straddling her’ on the bed.

He then repeatedly punched her in the head and face before squeezing her neck with both hands until she ‘went floppy’. 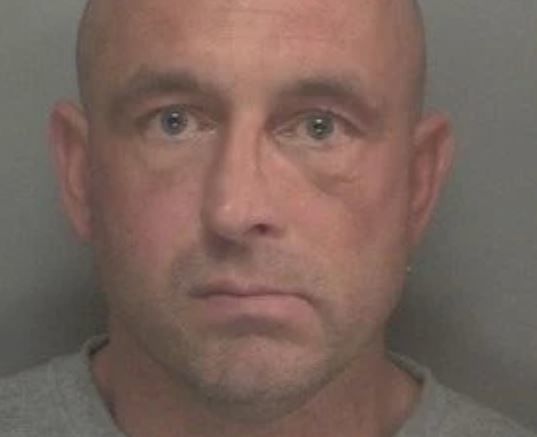 Prosecutors said the 43-year-old went on to dress Jacqueline’s dead body with her towel, watch, Moschino shoes, a handbag and sunglasses before placing a jewellery box on top of her.

Explaining his actions to detectives, he said he had ‘ruined her beautiful face and decided to put some nice things on her because she always used to look pretty’.

After finding a pregnancy test nearby, he picked up a kitchen knife and stabbed her in the womb before using a pen to write ‘my best mate’ next the wound, ‘slag’ on one of her thighs and ‘baby’ on the other.

He then bought £400 cocaine and began to ‘plan his revenge’ on Mr Murphy and Mr Roberts while snorting the drug and drinking more alcohol.

Massey spent the night in pubs and bars in St Helens and Liverpool while using Jacqueline’s phone to update her Facebook profile and lure Mr Murphy to her flat.

Mr Murphy arrived the following morning and was ambushed at knifepoint by Massey, who showed him Jacqueline’s body and told him ‘look what you’ve f***ing caused’. 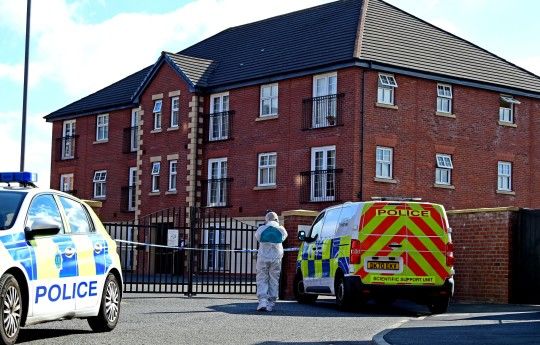 Massey, who had planned to cut Mr Murphy’s ears off and ‘throw him out of the window’, stabbed his victim three times in the neck and twice in the back before he escaped to a neighbouring flat and was rushed to hospital.

Massey continued drinking while wandering around Merseyside throughout the following day before taking a taxi to Mr Roberts’ workplace as he began a night shift and chasing him out of the building with a pair of scissors.

He caught up with his friend and struck him with the scissors in the street, where a witness heard him say: ‘I don’t care, I’m doing 20 years anyway – I’ve killed two people already.’

Mr Roberts fell to the floor but managed to disarm Massey and jumped into a passing car to escape, having suffered stab wounds to his arm, chest and head.

After being arrested on suspicion of murder and attempted murder while walking down a nearby street, Massey told officers: ‘I hope it was two murders.’

Massey admitted murder, two counts of attempted murder and possession of a bladed article in a public place and was jailed for life with a minimum term of 28 years.

Judge Brian Cummings said: ‘This was undoubtedly a brutal murder. It was apparent that the victim, I regret to say, must have endured significant mental and physical suffering before she died.

‘I accept that there was no premeditation, but I do not consider that to be a particularly significant factor given that the trigger for your murderous attack appears to have been information you gained when scrolling through the victim’s mobile phone. That behaviour is an indication of controlling behaviour on your part.

‘I accept there is an element of remorse, but your explanations and admissions – full and candid though they were – appear to me to have been accompanied at all times by an air of justification, as if you were in a position that there was nothing else you could have done. What you did, you did by choice.’