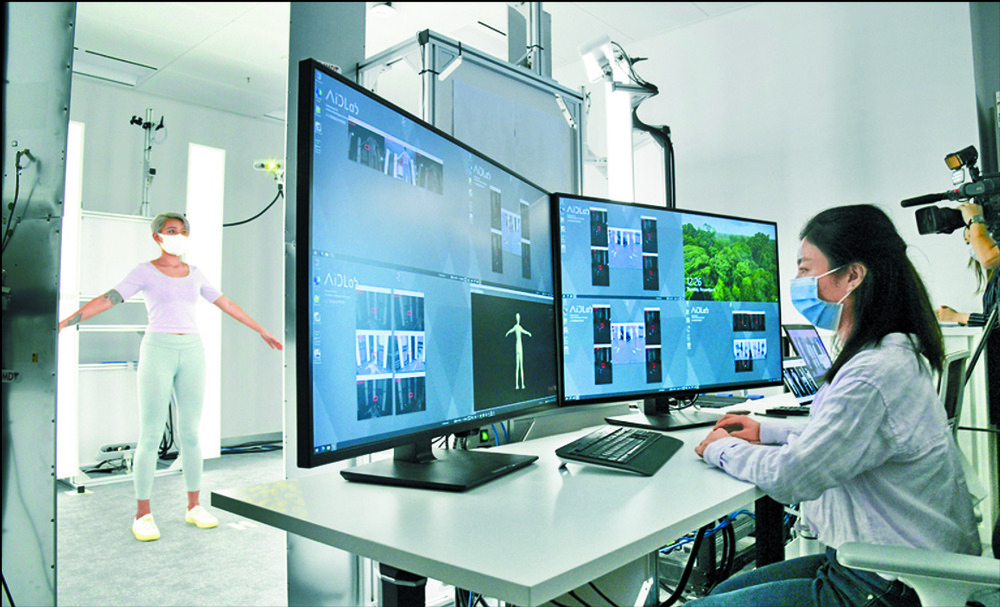 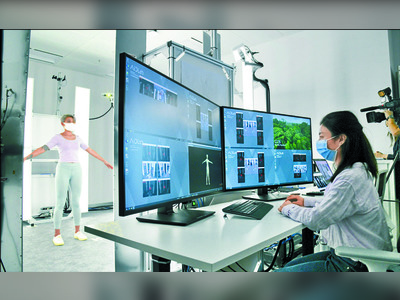 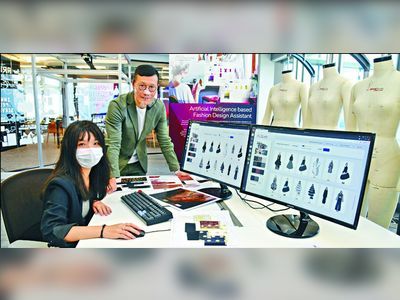 The artificial intelligence-based interactive design assistant is one of the new technologies showcased at the Laboratory for Artificial Intelligence in Design (AiDLab) in Science Park yesterday, which was jointly established by Polytechnic University and the Royal College of Art in the United Kingdom.

Designers can insert their drafted design sketch from a mood board into the system, and various AI techniques in the system allows designers to adjust the colors, fabric prints and styles.

These include a digital color palette which can accurately distinguish over 2,300 colors.

"The current mainstream AI tools may produce designs which are unsuitable and of low quality, as they rely on the input of real images and not the designer's draft, so they produce new images without the designer's new inspiration," said Calvin Wong Wai-keung, center director of AiDLab and one of the developers of the design assistant.

Wong said the new assistant is still developing and will take four years to complete, but it has already been used by a number of local and international designers who give their feedback to help improve the technology.

Wong added that the designs generated by the design assistant will be displayed at a fashion show in November next year to promote the technology to fashion brands.

AiDLab also showcased another facility yesterday, the "4D Body Scanning Lab," which is the first of its kind in Hong Kong.

It possesses a marker-less scanning system with 30 machine vision cameras capable of capturing a series of poses, actions and gestures at 360 degrees up to 120 frames per second.

"The scanned motion data of the human body can be used to predict the pressure or temperature distribution of different body shapes. This can help designers customize clothing designs to make them more fitting and comfortable," Wong said.

AiDLab is currently working on 22 projects in three areas, including ergonomic and inclusive design, innovation in product and service design as well as intelligent fashion design and quality control.

Wong said that AiDLab will establish the Artificial Intelligence in Design Consortium in the future to bring together like-minded businesses, designers and engineers.