Naasón Joaquín García, the leader of the La Luz del Mundo megachurch, has been sentenced in a Los Angeles court to 16 years and eight months in prison.

His plea deal means his sentence is considerably shorter than the life imprisonment he could have faced had he been found guilty in a trial.

To his followers, Naasón Joaquín García is known as "the Apostle".

His church shared a statement [in Spanish] on Twitter in which it expresses its continued "support for the Apostle of Jesus Christ" and praised his "integrity, his conduct and his work".

The statement alleges that that evidence García had been fabricated and that he accepted the plea deal "as the best way to protect the church and his family".

Warning: You may find some of the details of this story distressing

A fundamentalist Christian organisation, La Luz del Mundo (meaning The Light of the World in Spanish) was founded in Mexico in 1926 by García's grandfather, Eusebio Joaquín González.

The church's influence has spread in recent years and is strong in parts of California that have large Hispanic populations, which García often visited.

He was arrested at Los Angeles airport in 2019 along with two of his female followers as they arrived by private jet. 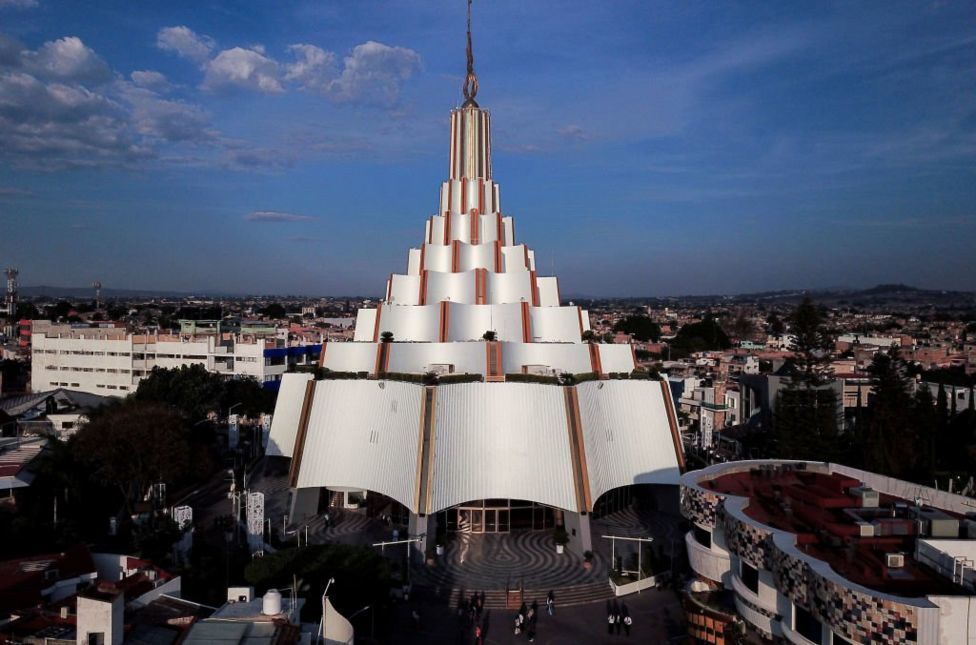 La Luz del Mundo has its headquarters in Guadalajara, in Mexico

The church says it has baptised more than five million people worldwide, but independently verified numbers of its followers are hard to come by.

García had been facing 19 charges, but on Friday - three days before his trial was due to start - he pleaded guilty to two counts of forcible oral copulation involving minors and one count of a lewd act upon a child who was 15 years old.

The unexpected plea deal means that his trial has been dropped and the church leader will not face other charges including raping and trafficking girls from his congregation, which he has denied.

Some of those who have accused García of abusing them said the plea deal set a "dangerous" precedent.

Sochil Martin, a former member of the church who has filed a federal civil lawsuit against La Luz del Mundo, alleging it promotes an institutionalised culture of abuse, told journalists at a news conference she was disappointed there was "no day in court".

"There was no trial. The people didn't get to hear what this man represents in society and that's what we need to understand," she said on Tuesday.

"He deserves the maximum penalty possible," said Ms Martin, who accuses García of abusing her over the course of 17 years.

"As the leader of La Luz del Mundo, Naasón Joaquín García used his power to take advantage of children. He relied on those around him to groom congregants for the purposes of sexual assault. Today's conviction can never undo the harm, but it will help protect future generations," a statement by Mr Bonta said.

The two followers who were arrested with him in 2019 have also pleaded guilty.

Susana Medina Oaxaca, 27, on Friday admitted assault likely to cause great bodily injury. She had been García's assistant before their arrest.

Alondra Ocampo had already pleaded guilty in 2020 to four counts involving the sexual abuse of minors. She had been expected to testify against García.