Hundreds of people gathered outside Downing Street to protest against the exclusion of transgender people from a ban on conversion therapy.

The protesters shouted "keep trans in the ban" and "LGB with the T".

The government first said it would ban the therapy for everyone then it made a u-turn. It has since said it would look into a full ban, following criticism. 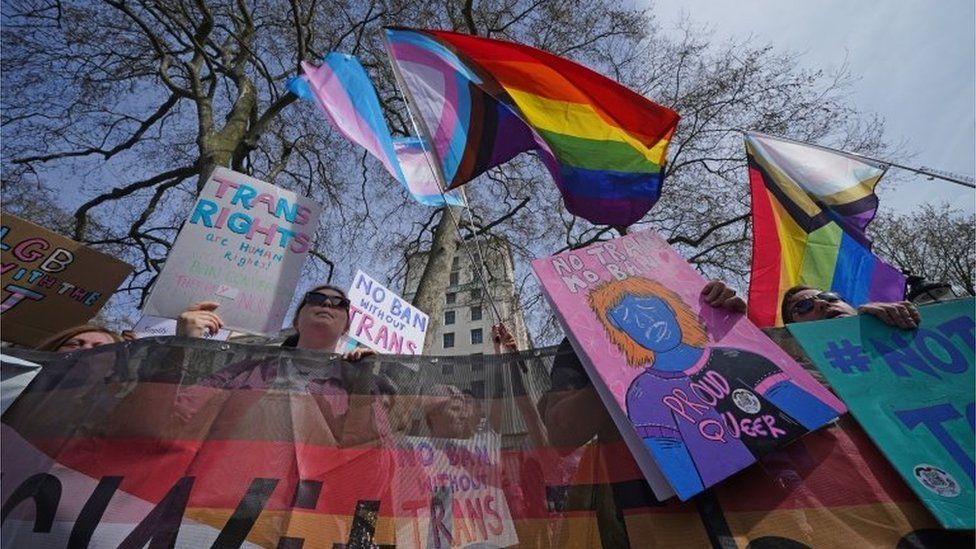 Many protesters outside Downing Street earlier waved the pink, white and blue transgender pride flag while others held signs saying "Pride is a protest" and "Queerness doesn't need a cure".

LGBT campaigner Peter Tatchell told the crowd "the only ban worth having is one that includes everyone".

Standing outside Downing Street, Mr Tatchell said: "We were promised a total ban.

"Prime Minister Boris Johnson has given us a half-baked ban, which we will never, ever accept.

"The only ban worth having is a ban for everyone, including trans people."

Mr Tatchell said the protest gathering had sent a signal to the prime minister and to the people of the UK.

"It sends a signal that trans people and their allies will never give up the fight, until LGB is with the T", he said.