Cold water swimming is helping one woman cope with symptoms of the menopause amid a shortage of hormone replacement therapy (HRT) products.

Campaigners claim women in the UK are having to turn to the black market to access the drug due to shortages.

Fair Treatment for the Women of Wales has called for action, with the Welsh government saying it is developing a "menopause care pathway".

After starting to ration her supply of HRT, Rhian, from Cowbridge, Vale of Glamorgan, said: "I've become more irrational, more snappy, not being able to sleep - waking up at three o'clock in the morning.

"Just cutting the dose back to half has made that change - I'd hate to think what I'd be like without having any at all to turn to."

Describing HRT as "life changing", she added: "I know that sounds ridiculous but to have constant brain fog where you can't function - I changed my job, I couldn't cope with the hours I was working and not being able to focus.

"I went to work at home for a few years on a much smaller scale and set up my own little business.

"Now I've gone back to work doing what I used to do and what I used to love - it is really life changing if you can get the dose right and the availability more than anything else."

After struggling to find it at local chemists, she googled HRT out of curiosity and found people selling it on eBay for £60 a bottle.

"There are people who are desperate enough to pay that, but the fear is you don't know if it's the real thing," Rhian said. 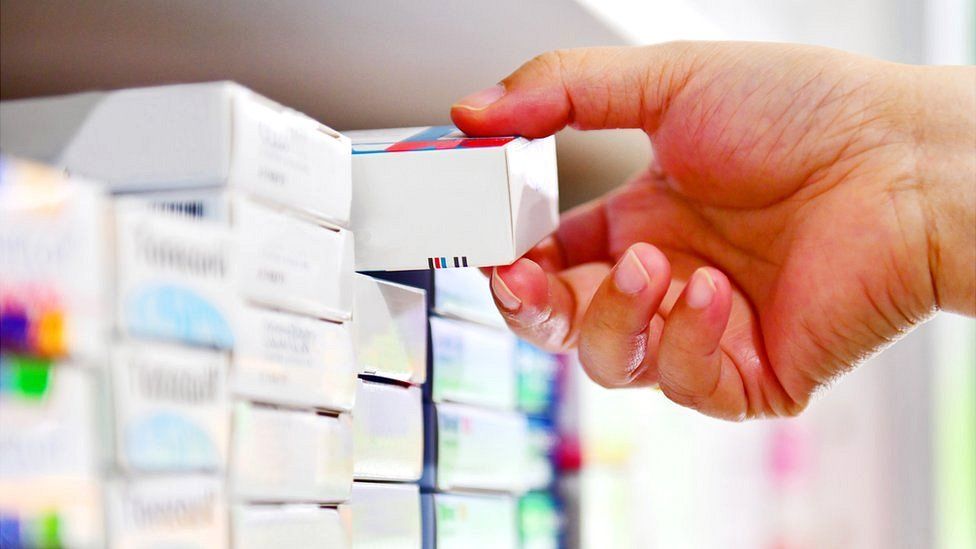 Veronica Gilmartin, 54, described being "crippled" by symptoms of the menopause.

She said not feeling like herself was one of the hardest things to tell her friends during the menopause, but HRT had changed her life.

"I'm a really energetic, social bouncy person, and it completely crippled me socially, I felt incredibly down, I felt very unsure of myself, very unconfident, and something that I've never suffered with, anxiety," said Veronica, from Cardiff.

"To have that feeling of being so unsure of yourself and so unlike yourself, never mind the other physical symptoms that you get, that was probably the worst for me as a person."

Veronica, who was able to get a prescription for HRT during the pandemic, said she feels sorry for women who have suffered the symptoms and been unable to access HRT. 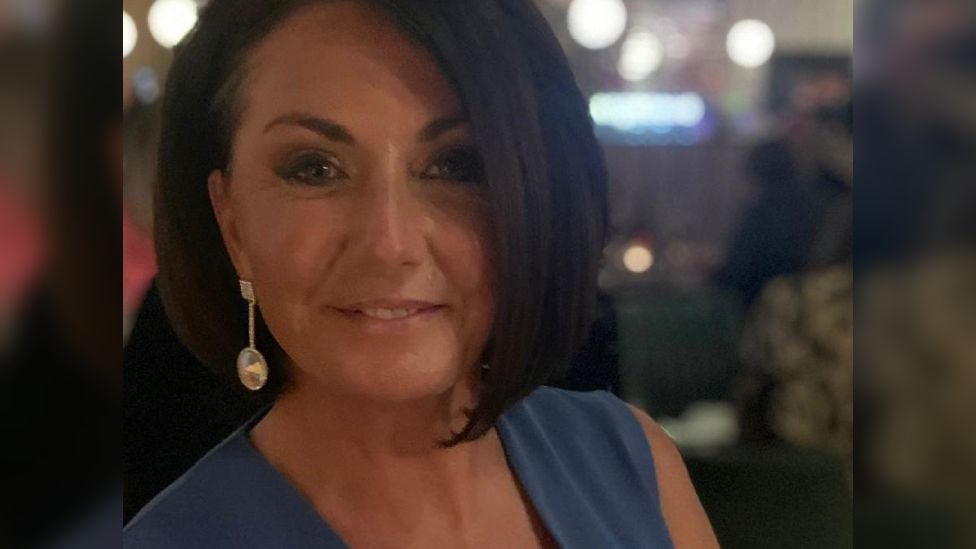 Veronica said she was "lucky" to be able to get prescribed HRT, but other women are not as fortunate

"Now everybody is now having access to this medication of course the price is going up... but I just wonder what these poor women did who didn't even know it was an option for them," Veronica told BBC Radio Wales.

She said, if needed, she would have used the black market to acquire HRT, but said she was fortunate to have a menopause clinic at her local GP surgery.

Issues are not confined to women of a certain age, as clinical psychologist Julie Alderson said: "I'm worried for myself, my friends and also younger people who may need it for getting through puberty."

The 54-year-old from Monmouth works with children, and said HRT helps younger girls and women through a number of problems - such as ovarian insufficiency, where their periods do not start.

Other issues include menopause starting early when a woman's ovaries stop producing oestrogen. 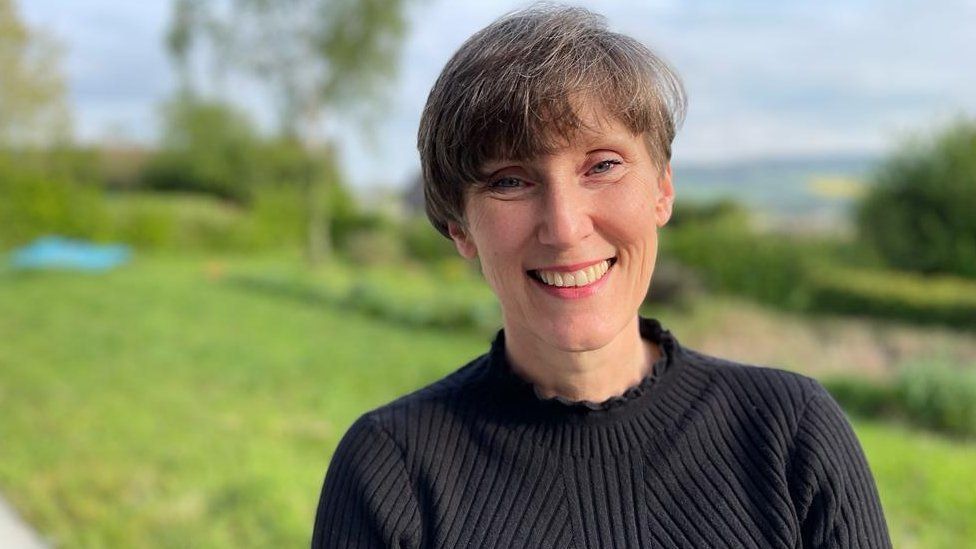 Geeta Kumar, a consultant gynaecologist and menopause specialist at Wrexham Maelor Hospital, said the shortage seems to be largely due to manufacturing and supply issues, made worse by the pandemic.

"More women are coming forward to seek advice on their symptoms and that's down to all the education and awareness," Dr Kumar added.

"For me it's disappointing to see that women are once again faced with such barriers to accessing basic healthcare."

The Women's Equality Network Wales has called for menopause specialists to be available in every GP surgery, as women are not being treated fairly.

Supplies of some hormone replacement therapy (HRT) products have been impacted on by increased demand in the UK, leaving some women driving miles in search of their prescription.

"We have examples of women going to different pharmacies, asking friends have they got any, there's even some evidence of women trawling the internet and black market which obviously we don't want," said Julie Richards, trustee of FTWW. 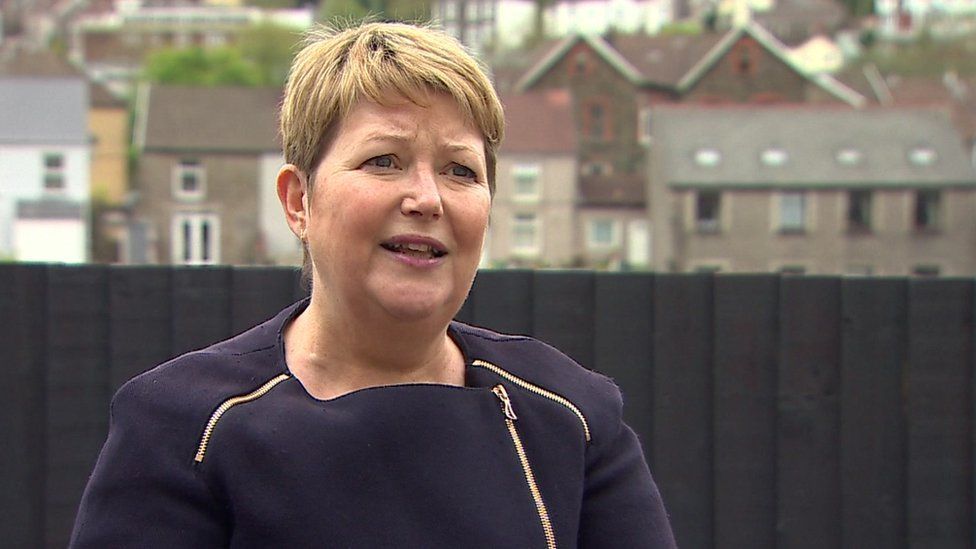 Julie Richards campaigns for fair treatment for women in Wales

"This is an example of how specific women's health issues are treated, they're not equitable, they're not seen as important."

The British Menopause Society reports that deliveries by a manufacturer of one oestrogen gel have nearly doubled so far this year, yet still have not been able to match the "continuing extraordinary demand".

"The Welsh government has long committed to being a 'feminist government'. We call on them to be our advocates now, and to do all it can to ensure that HRT is readily accessible to all of those who need it and in the form which best suits the individual," Ms Richards said.

Community pharmacists in Wales have backed calls for a change in the law to allow them to make small changes to a GP's prescription, meaning where shortages exist women do not need to return to their GP and an alternative can be given instead.

Products such as Oestrogel replace the oestrogen which starts to decline in perimenopause - a transitional phase before the menopause.

The gel is rubbed on the arms, shoulders or inner thighs to reduce the risk of osteoporosis, or relieve symptoms like hot flushes.

A Welsh government spokesperson said: "We are concerned some women are experiencing difficulty in obtaining HRT. In Wales, the number of prescriptions for HRT has increased by more than 40% in the last five years, regrettably manufacturers have not kept pace with increasing demand.

"The UK government has responsibility for maintaining supply of medicines to the UK and the Secretary of State has committed to improve supplies of HRT.

"Women's experience of menopause may be different and we want the same high standards of care to apply to everyone. We are developing a menopause care pathway for use by all health boards."

HRT: 'I've heard of women taking their own lives'