Australia decriminalised homosexuality 40 years ago and has allowed gay marriage since 2017, but in many former British colonies sex between men remains illegal

“I knew something was different from the time I was very young,” said Ian Row from his home in Melbourne, Australia.

“There was that consciousness and awareness that I felt differently to boys than I did to girls. I knew I was different.”

Originally from Singapore, 54-year-old Row is a gay man who has been living in Australia – a country where the LGBTIQ community recently acknowledged the 40th anniversary of the decriminalisation of homosexuality – for nearly 20 years.

But back in Singapore, LGBTIQ people remain subject to Section 377A of the nation’s Penal Code, a 1938 law that criminalises sex between men as an “act of gross indecency” punishable with as much as two years in prison.

In 2007, Singaporean Prime Minister Lee Hsien Loong said that his government would not “proactively enforce” 377A, but during Row’s time in the city-state, the situation was very different.

“You didn’t talk about [being gay],” he said. “You didn’t want to ‘out’ yourself because you would make yourself vulnerable and open to abuse, or worse – trouble with the police.”

“That fear is something you absorb, and it becomes part of your identity and affects the way you live your life.”

In 1997, an LGBTIQ community group Ian helped found was threatened with being publicly outed.

It became the catalyst for Row to move permanently to Australia, where he had previously been studying. It was there that he felt more comfortable living as a gay man.

“A lot of us were freaked out and a lot of us withdrew from the public front,” he said. “I felt I was going to crumble living in Singapore.”

377A was inherited from the British who ruled Singapore as a colony until 1963. Other former colonies, now members of a loose grouping of nations known as the Commonwealth, have also held onto legislation that criminalises sex between men.

And while the Singaporean government has said it will not enforce 377A, Clement Tan, a spokesperson for Singapore-based LGBTIQ rights group Pink Dot, says it needs to go further and repeal the law because of the climate that it creates. 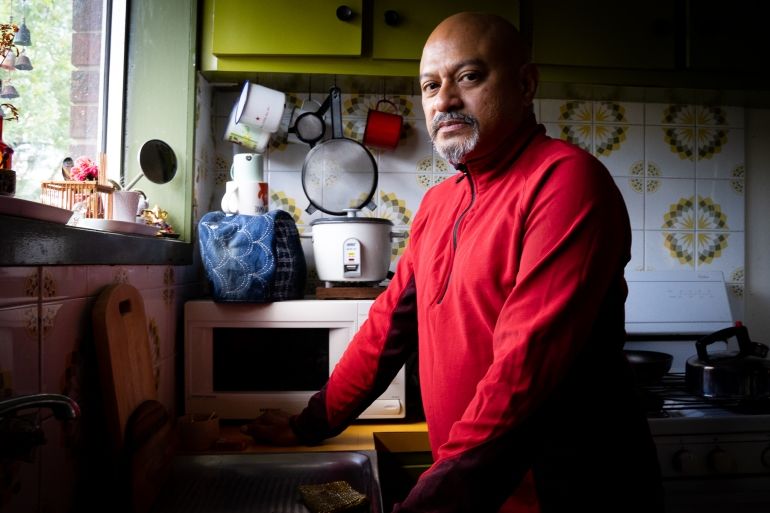 “377A’s effects go beyond the threat of prosecution. Many important policies that impact the LGBTQ+ community on a day-to-day basis hinge off its continued presence,” he said.

“From media censorship to the absence of objective sex education, the trickle-down effects of 377A entrench discriminatory views premised on fear and ignorance.”

Tan says that 377A has been embraced by the more conservative and religious elements of Singapore society, often under the rhetoric of “Asian” or “family values”.

This attitude was reflected in the prime minister’s speech back in 2007.

“Singapore is basically a conservative society,” Lee said. “The family is the basic building block of this society. And by family in Singapore, we mean one man, one woman marrying, having children and bringing up children within that framework of a stable family unit.”

Tan said that public support of such values has meant that “conservative groups in Singapore are emboldened by the lack of action taken by the government.”

“Increasingly, they’ve begun to take on the task of ‘enforcing’ the discriminatory spirit of 377A privately and horizontally through their own moral policing of society.”

Only last month, Samsung pulled an online advertisement in Singapore depicting a Muslim mother hugging her drag queen son after an uproar online from more conservative members of society.

“Repealing 377A will no doubt pave the way to a more inclusive society that respects individual dignity, choice, and expression,” Tan told Al Jazeera.

In 2020, 377A was further upheld by the Supreme Court in response to a legal challenge arguing that the legislation was unconstitutional.

The case is now before the Appeals Court, with the outcome still to be decided.

In other parts of Asia, countries including Malaysia and Indonesia maintain a hardline, while there has been a shift elsewhere.

Still, colonial era laws criminalising same-sex relations continue to exist in 71 countries, according to the Human Dignity Trust — and nearly half of them are members of the Commonwealth.

In 11 jurisdictions, the death penalty can be imposed or remains a possibility for homosexuality. 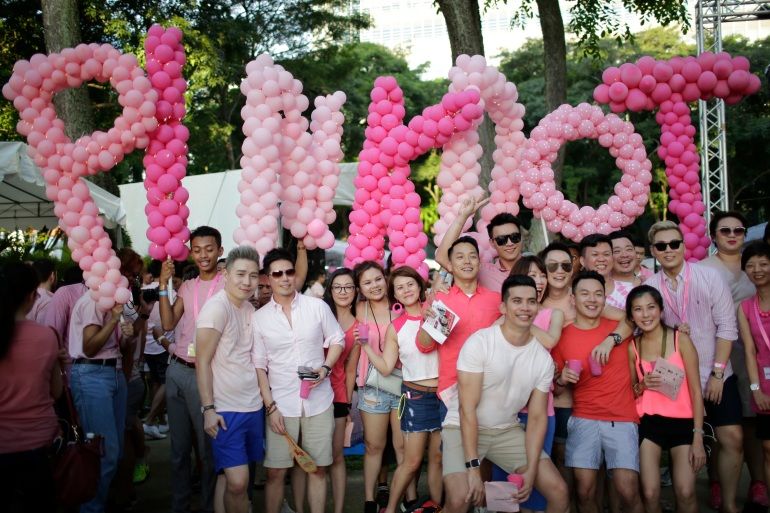 Singapore has the annual ‘Pink Dot’ celebration to raise awareness about gay rights issues in Singapore. Foreign companies are banned from sponsoring the event and non-Singaporeans are not allowed to take part

Victoria Vasey from Human Dignity Trust told Al Jazeera that the continuation of such laws means that LGBTIQ communities continue to be stigmatised and subject to discriminatory behaviour.

“In some jurisdictions, LGBT people are arrested and imprisoned on the basis of these laws,” she said.

While 377A specifically criminalises the sexual act between men – and not simply the person’s sexual preference – “the perception of many people is that it is illegal to be gay,” Vasey told Al Jazeera.

“And that’s incredibly damaging and a huge burden to live with whether or not the laws are enforced.”

Back in Australia, the repeal of such legislation has not only led to greater acceptance of the LGBTQI community, including same-sex marriage, but has also increased support for people who may feel isolated due to their sexuality.

The annual Pride Parade and Midsumma Festival, which has just concluded, are expressions of the diversity of gender and sexuality and an opportunity for the LGBTQI community to find support.

Karen Bryant, CEO of the Midsumma Festival, told Al Jazeera that “the whole purpose of coming together – the importance of gathering – is one way of helping to address those feelings of isolation.”

She said that while the 40th anniversary of the repeal of legislation criminalising homosexuality was “an important milestone” it was “a step along the journey.”

“There is still a lot of ongoing legal and social debates, which threaten basic human rights and the health and wellbeing of our diverse communities,” she said.

“The outcome of the vote itself there was this huge euphoria and feeling of relief, and almost disbelief, because it was such a long time coming,” Bryant said.

She told Al Jazeera that the amendment of such legislation meant a greater awareness and acceptance of the LGBTIQ community, but there remained work to be done, especially in the workplace and community organisations.

“People will always be their best selves when they can truly be themselves and feel safe in doing so,” she said.

Row says that he is “happier” as a gay man living in Australia where the amendment of laws such as 377A has paved the way for greater acceptance.

“I do feel that I can live a more authentic and fuller life as me here [in Australia],” he said. 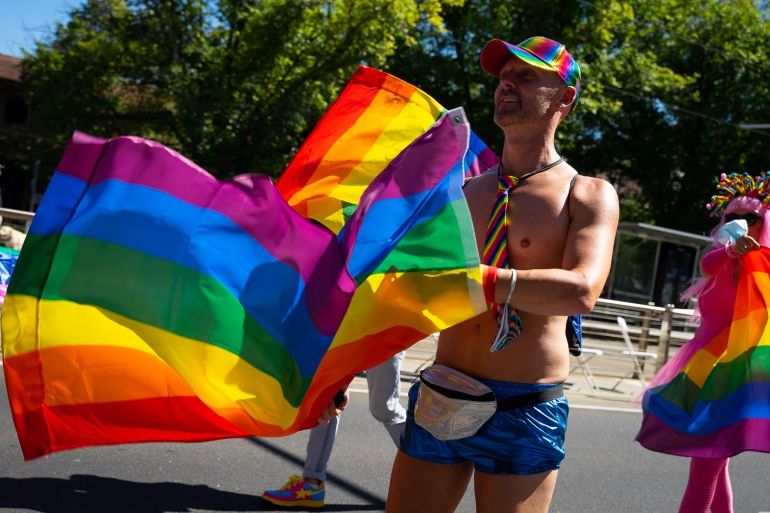 And while former British Prime Minister Theresa May has said that she “deeply regrets” Britain’s legacy of anti-gay laws, Row believes the United Kingdom should take more responsibility for some of the more unsavoury colonial laws it left behind.

“377A is still causing grief to millions of people around the world,” Row said. “The least [the British Government] could do is advocate for a repeal of these laws among the Commonwealth nations.”