A ‘century-old glass ceiling’ has been shattered as the Royal Navy appointed its first ever female admiral.

After serving the Queen for almost 25 years, Jude Terry has become the most senior woman in the naval force, past or present.

Women have worked in the Royal Navy since the First World War and have been going to sea since 1990, but there are only four female commodores – the rank below admiral – and 20 female captains.

Rear Admiral Terry, 48, said the fact she is a woman is irrelevant to her post and rank, stating ‘someone has to be first’.

She added: ‘The world has changed in terms of what people want from life and careers, whatever their gender, and the Navy needs to work to modernise our organisation to support this change. A diverse and inclusive workforce is a better place for all but is also proven to deliver better outcomes.’

RAdm Terry said the ‘numbers, breadth of talent and experience of women’ in the navy means many more will reach the rank, and go even higher.

She will be in charge of the Royal Fleet Auxiliary, which operate the Navy’s crucial support ships, and be responsible for more than 40,000 regular and reservist sailors and Royal Marines. 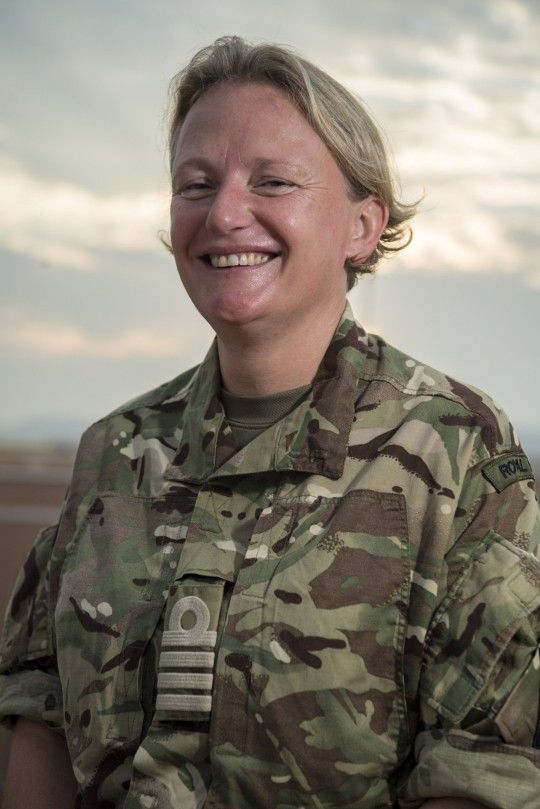 First Sea Lord Admiral Sir Ben Key praised her as ‘a great example of all the amazing women serving today, and a role model for all who serve and those who follow’.

RAdm Terry joined the navy as a 24-year old graduate when no female officer had ever commanded a warship.

Initially planning to stay for eight years, it quickly turned into 25 because ‘if you enjoy your job, you keep on doing it’.

She said: ‘I have been really lucky to have worked with some amazing people throughout my career and been supported by my family and friends and no two days are ever the same which is what I love about my job.’ 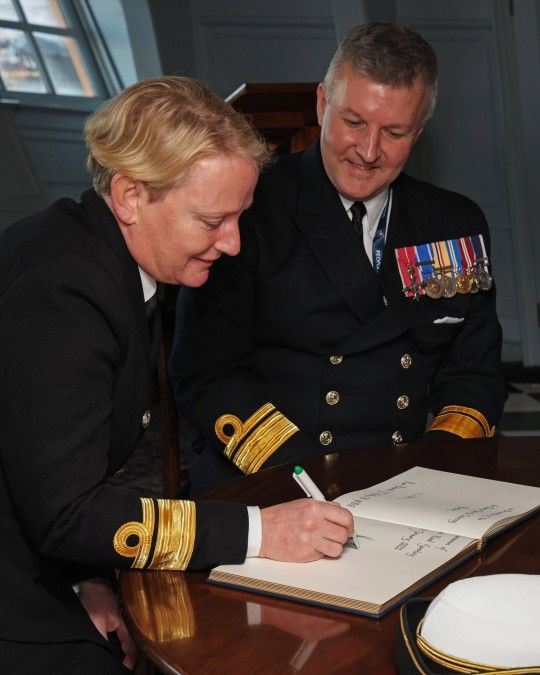 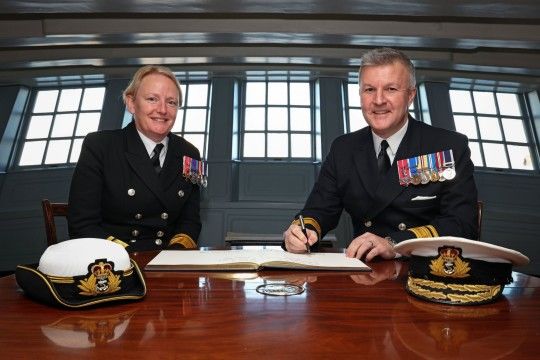 While RAdm Terry’s personal story has made history, there is still a long way to go for women in the military.

A report by the Women in the Armed Forces sub-committee made over 50 recommendations to the Ministry of Defence last year on how to tackle sexual assault and rape.

It found six out of 10 women who had experienced abuse did not complain for fear of the impact it would have on their career, or because they thought nothing would be done.

In December, sub-committee chair Sarah Atherton MP said it is ‘clear’ the military is a male-dominated institution.

She added: ‘I have nothing but admiration for the female service personnel and veterans who contributed towards this inquiry. The credit is yours.

‘For too long, women in the Armed Forces have suffered, often in silence.

‘I know that we are united in our goal that the next generation of female serving personnel will not have to endure bullying, harassment and, in the worst cases, sexual assault and rape.’

Defence Secretary Ben Wallace said that while almost 90% of women who engaged with the report said they would recommend a career in the Armed Forces, ‘it’s clear further change is needed’.