Prosecutors have alleged that British socialite Ghislaine Maxwell and convicted paedophile Jeffrey Epstein were "partners in crime", and that she groomed vulnerable young girls for him to sexually abuse.

Ms Maxwell appeared in court in New York on the first day of her trial on sex trafficking charges, which she denies.

Her defence said she was being used as a scapegoat for Epstein's crimes.

Ms Maxwell has been in a US jail since her arrest last year, awaiting the high-profile six-week trial.

The 59-year-old, who also has American and French citizenship, has pleaded not guilty to all the charges against her.

Lawyers for Ms Maxwell, as well as family members, have repeatedly complained about her conditions in jail and her legal team has made several unsuccessful applications for bail.

Epstein died in a New York prison cell on 10 August 2019 as he awaited his trial on sex trafficking charges. His death was ruled to be a suicide.

The trial of Ms Maxwell, the daughter of late media mogul Robert Maxwell, began at around 08:30 local time (13:30 GMT) on Monday.

A jury of 12 was selected, followed by opening statements.

For the prosecution, Assistant District Attorney Lara Pomerantz said Ms Maxwell "preyed on vulnerable young girls, manipulated them, and served them up to be sexually abused", accusing her and Epstein of being "partners in crime".

The defence however said she is only on trial because prosecutors cannot bring Epstein to justice, and said Ms Maxwell was not like powerful men who abuse women.

A view from the courtroom

Wearing a pale jumper and glasses, Ghislaine Maxwell sat alongside two of her attorneys listening and periodically taking notes during Monday's proceedings. The prosecutor Laura Pomerantz painted a picture of her as being key to Jeffrey Epstein's alleged "pyramid scheme of abuse" of young girls by normalising sexual behaviour under a veneer of respectability.

Speaking from behind a glass screen mounted on a podium inside the courtroom, Pomerantz specifically spoke about one accuser who she said was befriended by Maxwell and Epstein on the pretext of bright future opportunities.

Maxwell's team in turn argued that she was being punished for Epstein's crimes and that this case was about "memory, manipulation and money."

In the coming days, four alleged victims are expected to testify. The prosecution also plans to get some of Jeffrey Epstein's staff to testify, along with presenting evidence from flight logs of his private plane and Fedex records of gifts sent to the alleged victims.

It's not yet clear if Ghislaine Maxwell will take the stand to testify. 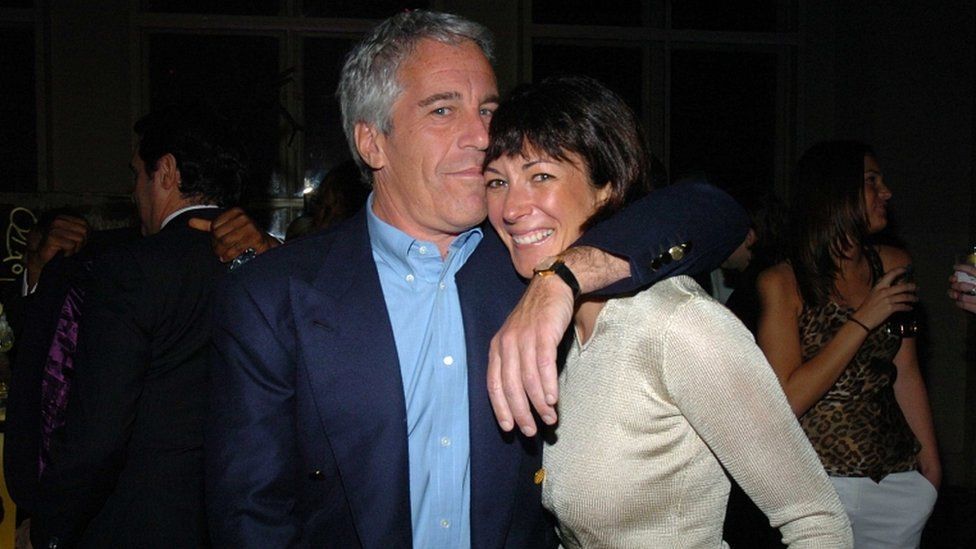 Jeffrey Epstein and Ghislaine Maxwell in New York in 2005

No cameras are allowed in the courtroom.

According to a letter by Ms Maxwell's lawyer, the defence will say her accusers might have faulty memories.

The letter says that leading experts in psychiatry and memory will be brought in to testify in her defence.

What are the charges?

US prosecutors allege she "played a critical role in the grooming and abuse" of minors.

Four charges relate to the years 1994-97 when she was, according to an indictment, among Epstein's closest associates and also in an "intimate relationship" with him.

Sarah Ransome, one of Epstein's alleged victims, has told the BBC's Panorama programme that Ms Maxwell worked closely with him.

Financier Jeffrey Epstein is arrested in New Jersey after returning from France on a private jet. Federal charges accuse Epstein of trafficking a “vast network” of underage girls for sex.

He kills himself in a New York jail 36 days after his arrest. 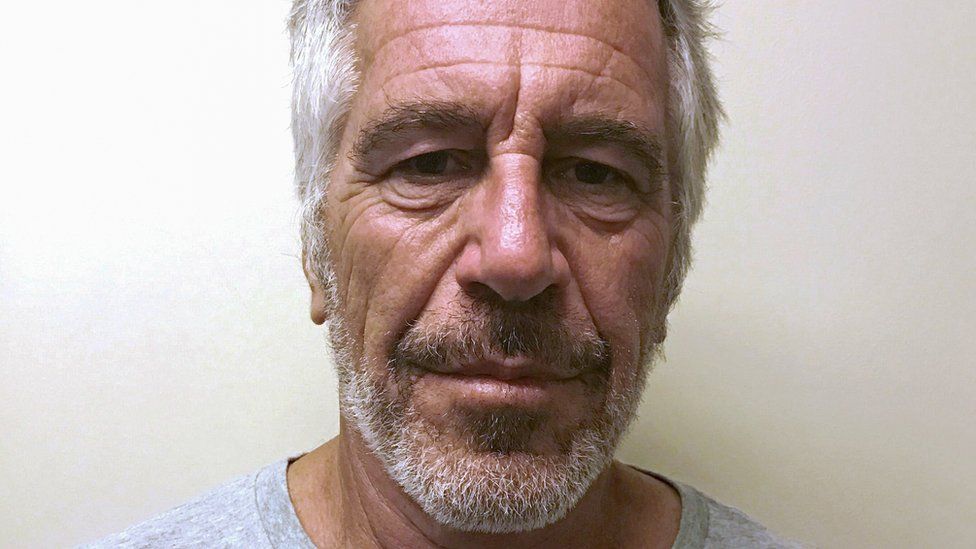 Charges accuse her of befriending girls as young as 14 and enticing them into having sexual relations with Epstein. One alleged victim told the BBC that she “controlled the girls - she was like Madam”.

Prosecutors claim the abuse occurred in locations around the world, including Ms Maxwell’s London home.

She pleads not guilty. A judge denies her bail, calling her a flight risk. 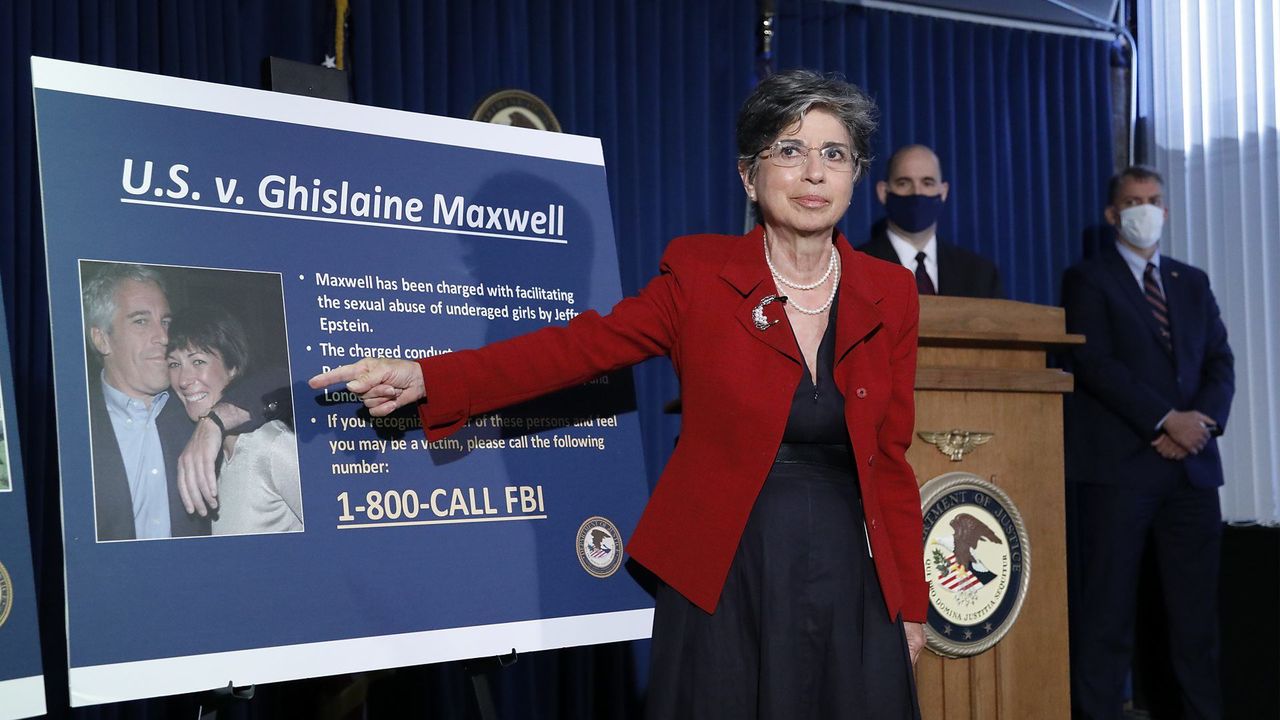 A second set of charges

Prosecutors say a fourth victim has been identified. The victim was allegedly abused in 2001 when she was 14 years old. Ms Maxwell denies these charges.

Ms Maxwell appears in court for the first time, pleading not guilty to multiple charges of sex abuse, sex-trafficking and perjury.

Her defence lawyers argue that the conditions in her Brooklyn jail are inhumane and argue that she is “being treated horribly”. She is denied bail. 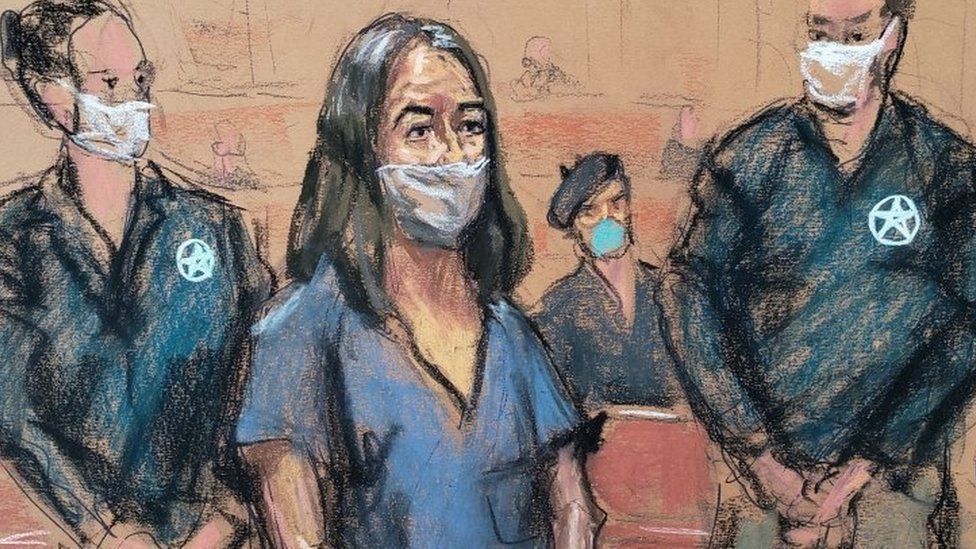 Ms Maxwell trial begins in New York, where she has been in jail since her arrest.

Earlier in November, a jury candidate pool of over 600 New Yorkers was whittled down to 12 jury members.

Who is Ghislaine Maxwell?

Born outside Paris on Christmas Day, 1961, Ms Maxwell grew up in a country mansion, went to Oxford University and speaks several languages. 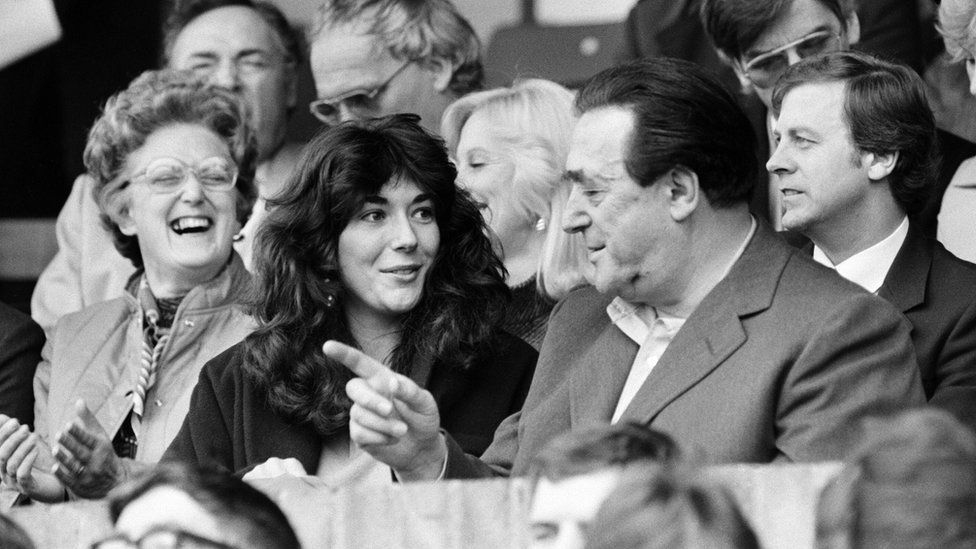 She is Robert Maxwell's ninth and youngest child.

She is said to have had a very close relationship with her late father, and he named his luxury yacht - the Lady Ghislaine - after her.

Soon after her father's death in 1991, Ms Maxwell left the UK to settle in America, where she worked in real estate, and not long after met Jeffrey Epstein.

She sold her Manhattan townhouse in 2016, and kept a low profile until she was arrested last July at her secluded mansion in the state of New Hampshire.

'I used to be Orthodox and had eight kids. Now I own a sex toy store'

Female leadership is good for the world. Just look at Barbados