Sharpen your kohl liner, because word on the street is that over-the-top eye makeup is having a moment. And no, we don’t mean the sparkly wings and neon lids of Euphoria, we’re talking dark, black, smudged smokey eyes that look like they just made it through a very rough night. Over the past week, intense black eye makeup has shown up in the holy trinity of popular culture—on celebrities, in fashion, and in film—meaning it’s time to get heavy handed and prepare to waste a lot of your black eye shadow.

The recent charcoal eye renaissance began on Sunday, when Julia Fox stepped out with Kanye West for the Kenzo menswear show in Paris. Fox wore a Schiaparelli jacket and Daniel Roseberry’s own Carhartt jeans, but the real focus of the look was the actresses’ eyes, which featured a swipe of black shadow across her lid, reaching up toward her temple. The look immediately caused a stir, with memes popping up on Twitter in record time, but Fox wasn’t scared away by the ridicule. The next day, she stepped out again, in a new Schiaparelli look, but with the same dark makeup. This time, the shadow lifted up toward her eyebrows, but in such an imbalanced way, it looked like West flew his eight-year-old daughter, North, in for his girlfriend’s glam. In reality, the look was executed by a makeup artist working with Pat McGrath studios, with some touchups by Kanye, of course. 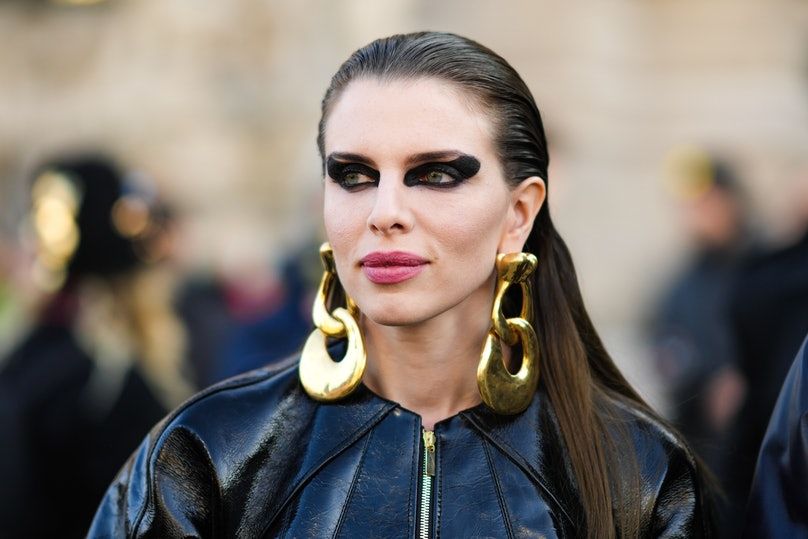 On Tuesday, just as the Fox jokes were getting stale, the Chanel couture show was warming up. Following an opening featuring Grace Kelly’s granddaughter on horseback, a parade of tweed, structured jackets, and tulle tiers came down the runway. Offsetting the femininity of Virginie Viard’s show, however, was the makeup of the models. Thick double liner wrapped around entire eyes, drooping on some in an almost depressing aesthetic. Others looked like they took a tissue to one of their lids, smudging the black to form a dark circle on one side. According to The New York Times, the technique was “meant as a nod to the constructivist set by the contemporary artist Xavier Veilhan.” 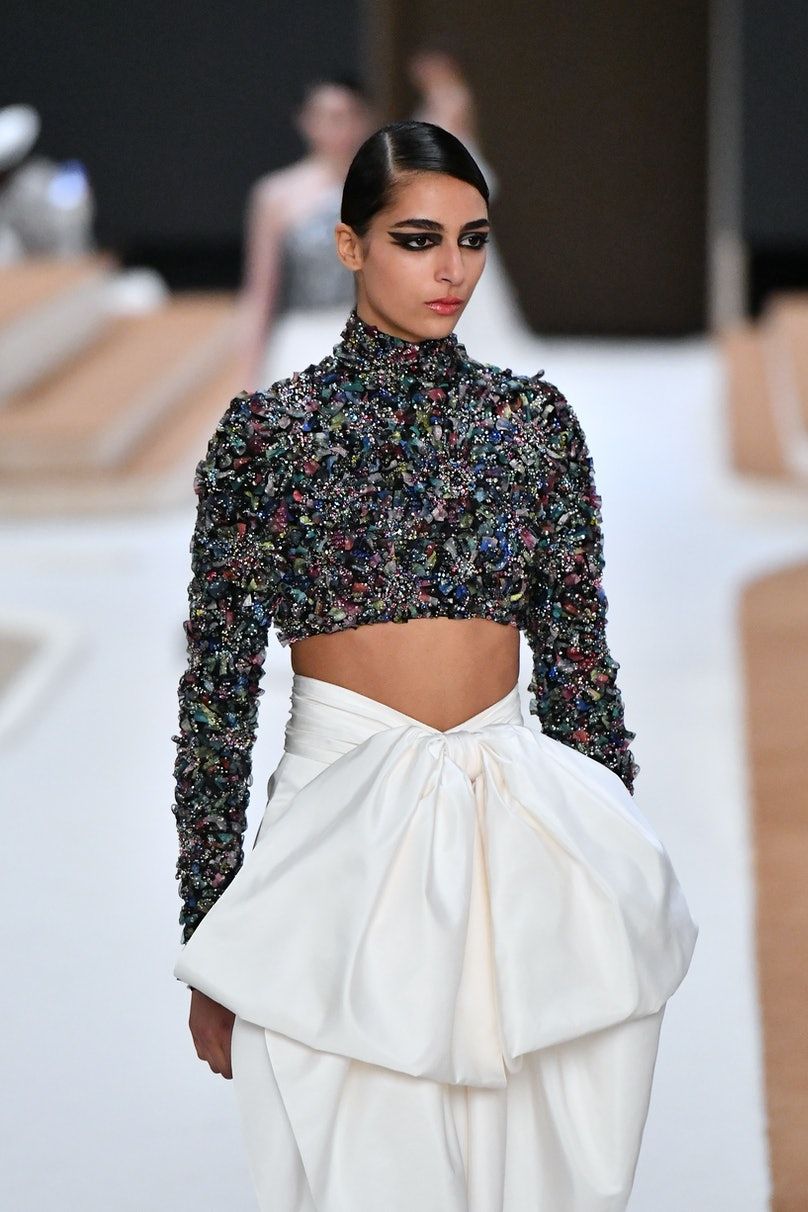 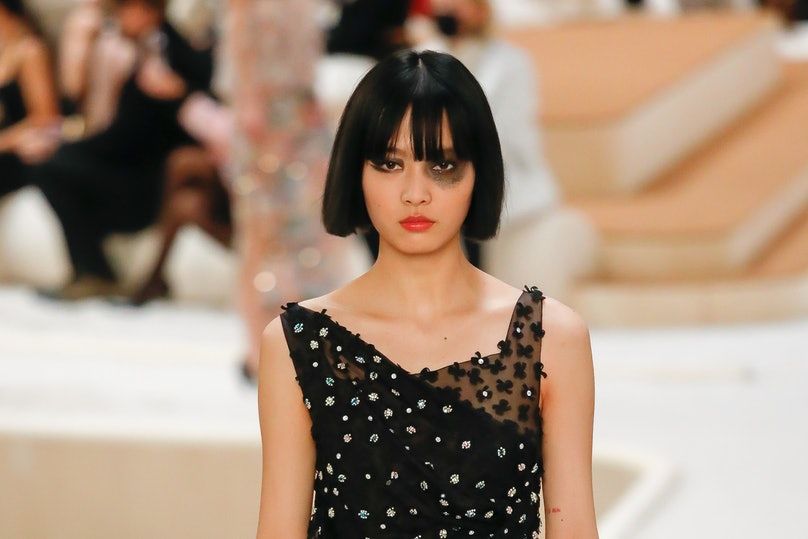 But these dark, brooding eyes aren’t only for couture week, they’re actually perfect for everyone’s favorite dark, brooding hero. Just as the world of fashion finished up calculating how many makeup wipes they would need to invest in if this black eye trend catches on, Batman’s director, Matt Reeves, spoke out about Robert Pattinson’s heavy, smudged liner in the movie’s trailer.

“You can’t wear a cowl and not wear that,” Reeves told Esquire UK, referring to the the vigilante’s honestly kind of chic neckline. “I just loved the idea of taking off [the mask] and under that there’s the sweating and the dripping and the whole theatricality of becoming this character.”

And thus, Batman looks like he just stepped off the Chanel runway, or was sitting in the makeup chair while Julia Fox was getting in glam when he beckoned a makeup artist and said, “I’ll have what she’s having.” Though, considering the Batman trailer came out long before Fox’s run in with eye liner, or Chanel’s 2022 couture show, it’s possible both parties were inspired by the dark night. 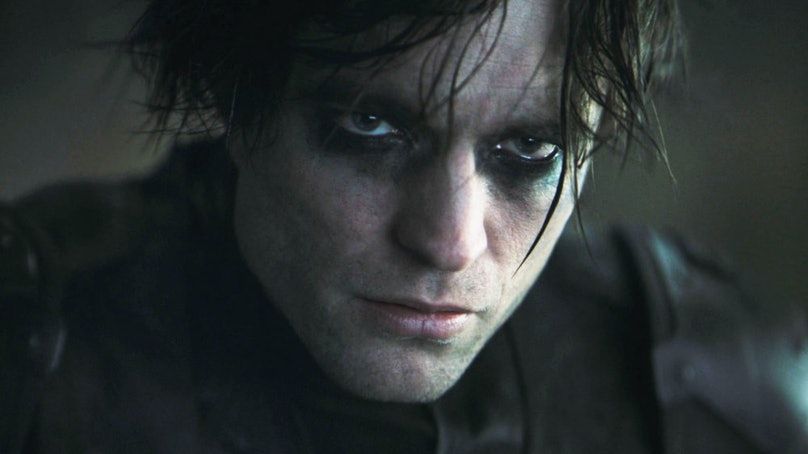