After much delay, Japan’s parliament looks set to approve the medication this year, but women will still require spousal consent to obtain a prescription. This caveat, along with the cost – around US$780 per dose – has highlighted the country’s patriarchal views on reproductive rights, and the need for greater reform.

More than three decades after the abortion pill first became available, legislation to approve the drug is winding its way through Japan’s parliament. The move follows an application last year by British pharmaceutical company Linepharma International to market medication for terminating pregnancies in the country.

An important question needs to be raised here: to what extent can Japan’s new legislation – which is likely to be approved by the end of the year – be described as a laudable step towards improving women's’ rights in the country?

For some, the law may be cause for celebration, but for many advocates of women’s rights and health, it is cause for concern – mainly because it comes with a catch that reflects the deeply embedded patriarchal norms of Japanese society.

As per the legislation, women in Japan will be required to obtain their partner’s consent before being prescribed the medication – which is a combination of two drugs, mifepristone and misoprostol – to abort a pregnancy. Such a policy could have tragic consequences. 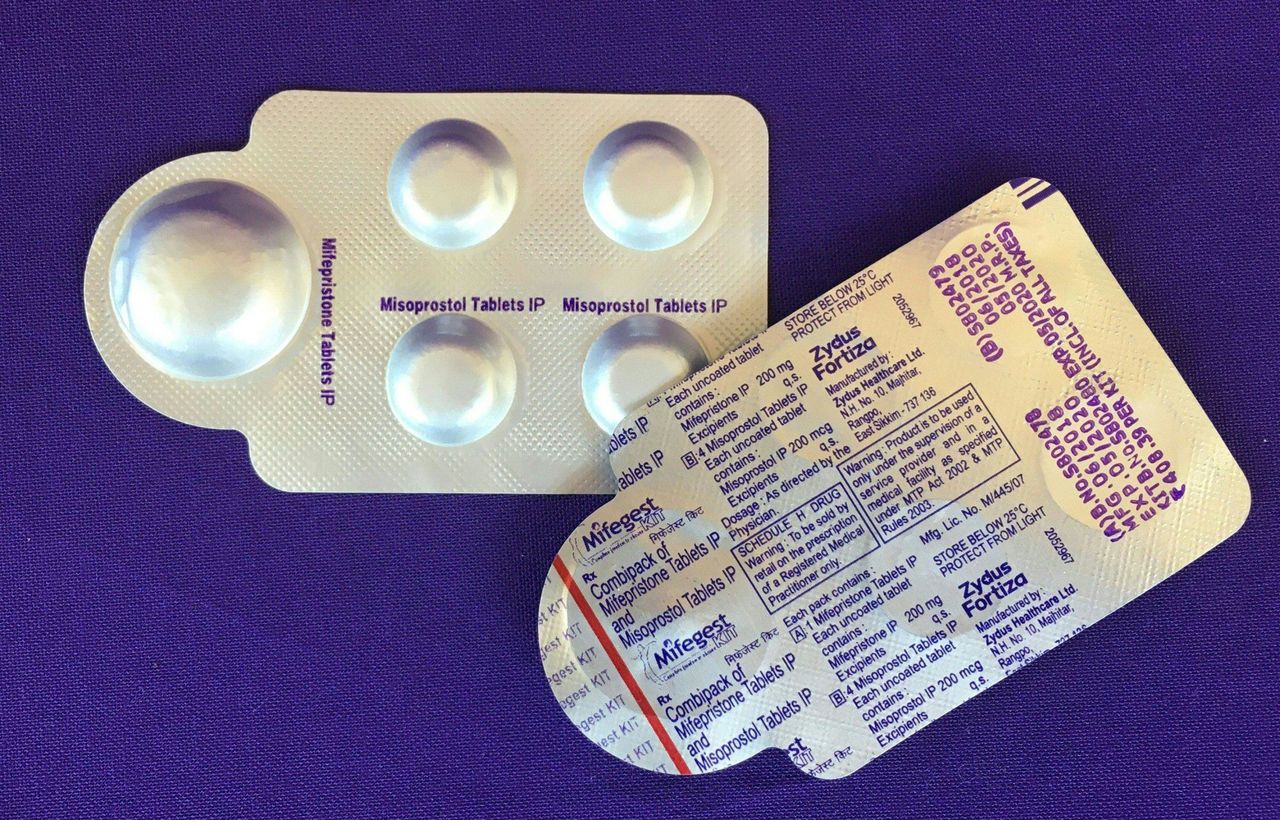 The medication commonly known as the abortion pill is made up of two tablets, mifepristone (left) and misoprostol, which are taken together.

Under Japan’s 1948 Maternal Protection Law, spousal consent is already required for surgical abortions, with very few exceptions, such as in the case of rape. As a result, many women – especially those who have been pressurised by their partners or have been unable to contact them – have had to go through with unwanted pregnancies.

To follow the same pattern of requiring women to gain written consent for medication abortions would somewhat defeat the purpose of legalising abortion pills, which are intended to make early-stage abortions easier, more accessible and less painful.

Besides, the new law, just like its decades-old predecessor, will merely reduce women’s bodies to the property of men, depriving them of their independent choice, rights and freedoms.

This is the case despite the repeated calls of the World Health Organization and the UN Committee on the Elimination of Discrimination against Women to remove the need for permission. Japan is now one of just 11 countries or territories that require third-party consent for abortions.

Another problem is the cost of the new drugs. Reports suggest the pills are unlikely to be covered by Japan’s national health insurance and will be prohibitively expensive for many women: the cost of a single dose may be as high as 100,000 yen (US$780).

That’s around the same as the cost of a surgical abortion, which according to estimates by local advocacy group Safe Abortion Japan Project, ranges between 90,000 and 150,000 yen in the first 11 weeks.

Such high costs for surgical abortions have already made it difficult for some women to access treatment, with economic struggles compounded by a lack of financial support from the government. 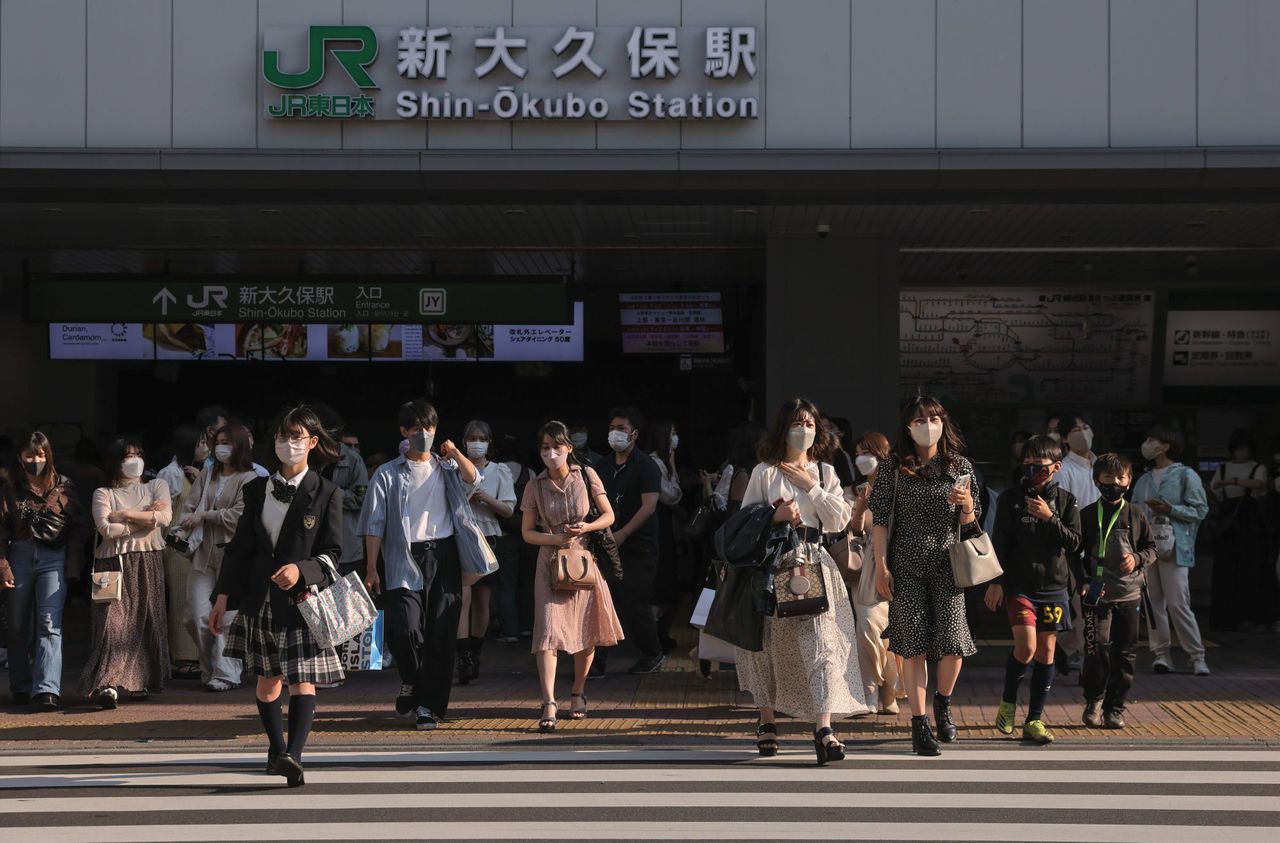 Pedestrians cross the street in front of Shin-Okubo station in Tokyo on May 18.

Hence, the decision to keep prices equally high for medication abortions – when they might instead be publicly funded – is unlikely to make it any easier for women from all socioeconomic backgrounds to exercise their sexual and reproductive rights.

It is also important to note that, despite the imminent challenges, Japanese women continue to seek abortions, with nearly 145,000 surgical abortions carried out in 2020. Against this demand, the delays in approving the abortion pill, which has long been available in more than 70 countries, only further highlights the failure of medical and government authorities to prioritise women’s health.

After all, while oral contraceptive pills were only approved in Japan in 1999 after a nine-year process, it took the country just six months to approve Viagra, the erectile dysfunction medication produced by Pfizer Inc.

Given the high cost, the need for spousal consent, and the general lack of attention given to women’s well-being, the legislation for medication abortion has already garnered much criticism, with campaigners calling on health authorities to revise their approach and make abortion pills more accessible.

Instead of continuing to trail behind many of its peers on women’s reproductive care, Japan should perhaps listen to the needs of its own citizens. Like men, women have a right to make their own choices, especially when that choice is as personal and momentous as whether to carry and bear a child.

After taking years to approve the manufacturing and marketing of the abortion pill, the Japanese government should now focus on making these drugs widely accessible to women across Japan, irrespective of marital or financial status.

Let’s also not forget that, for many women, reproductive care can be life-saving. Japan’s lawmakers should consider this before the abortion pill legislation sees the light of the day.