Six people survived the incident, near the South Island town of Kaikoura.

Five people have died after a boat capsized off the coast of New Zealand after it was thought to be overturned by a whale.

Six people survived the incident, near the South Island town of Kaikoura, on Saturday.

Their condition is stable, with five assessed at a local health centre and the sixth transferred to a hospital in Christchurch as a precaution, Kaikoura police sergeant Matt Boyce said.

"Our thoughts are with everyone involved, including the victims and their families, their local communities, and emergency services personnel," he said.

The town's mayor Craig Mackle told reporters waters were calm at the time, and the assumption was that a whale surfaced from beneath the boat.

Sperm and humpback whales often travel through the area, he added.

He said in the past he had thought about the possibility of a boat and whale colliding given the number of whales that frequent the region.

"It always plays on your mind that it could happen," Mr Mackle said.

Police divers recovered the bodies of the dead, with three helicopters involved in the rescue of survivors. 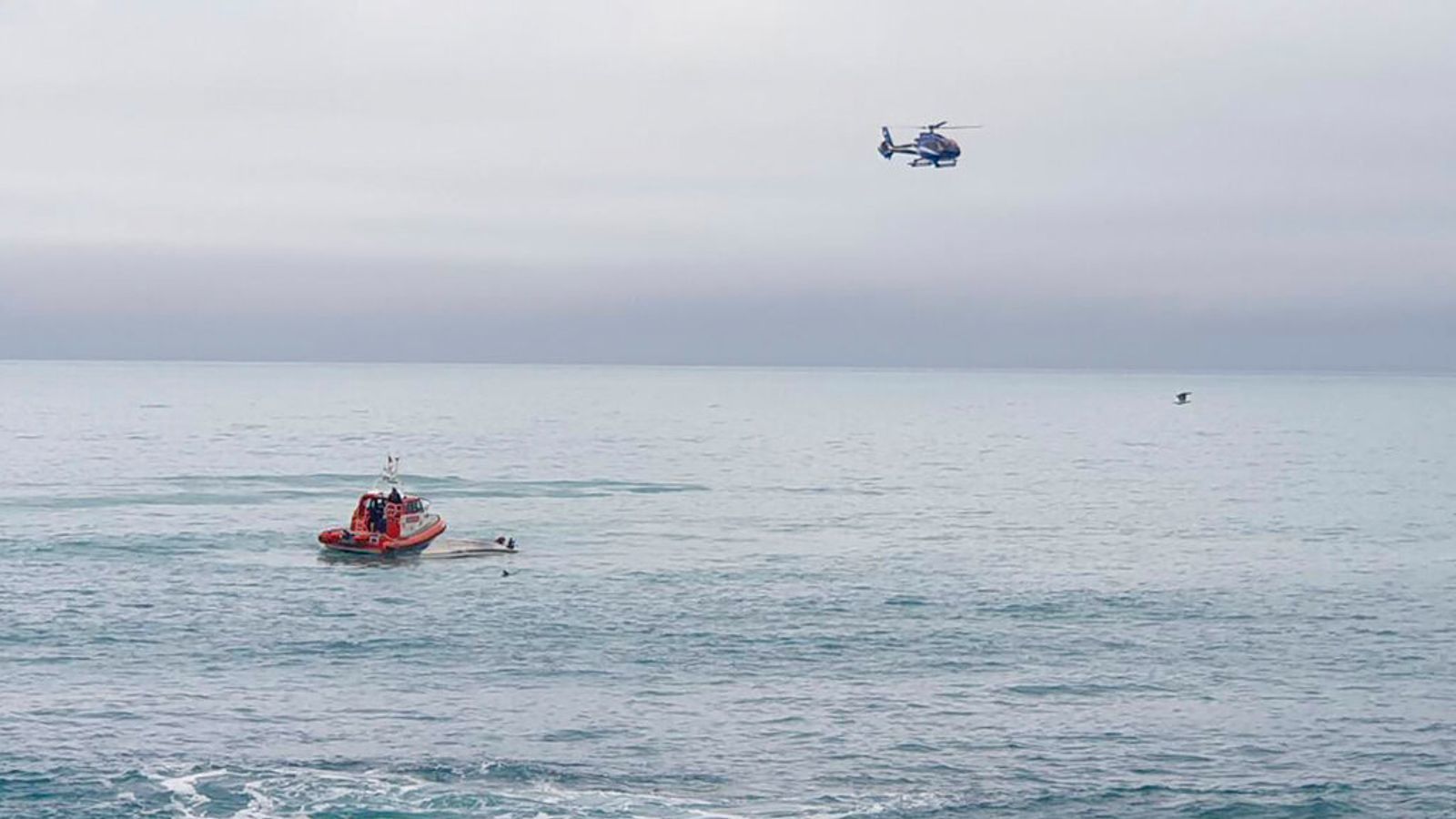 Kaikoura is a popular whale-watching destination, as the sea floor drops quickly off the coast, with deep waters attracting whales.

Many businesses offer boat or helicopter trips to watch whales.

Mr Mackle said the boat appeared to be a charter vessel full of bird watchers.