Finland’s prime minister, Sanna Marin, has said she has taken a drug test after videos were leaked showing her dancing and drinking during a private party at which some reports have suggested drugs may have been consumed.

Marin, 36, told reporters she was tested on Friday and the results would be available in a week’s time. She said she had never taken drugs, “not even in my teenage years”, and had taken the test “for my own legal protection and to clear up any doubts”.

Other guests in the video, reportedly filmed on Saturday 6 August, two days after the prime minister cancelled a planned holiday and declared herself on duty for the weekend, included well-known TV and radio hosts, influencers and a singer.

Finnish media have reported claims, amplified on social media by far-right and anti-government accounts, that a voice on the clip can be heard shouting “the flour gang”, supposedly a reference to narcotics, but there is no certainty the term was used. 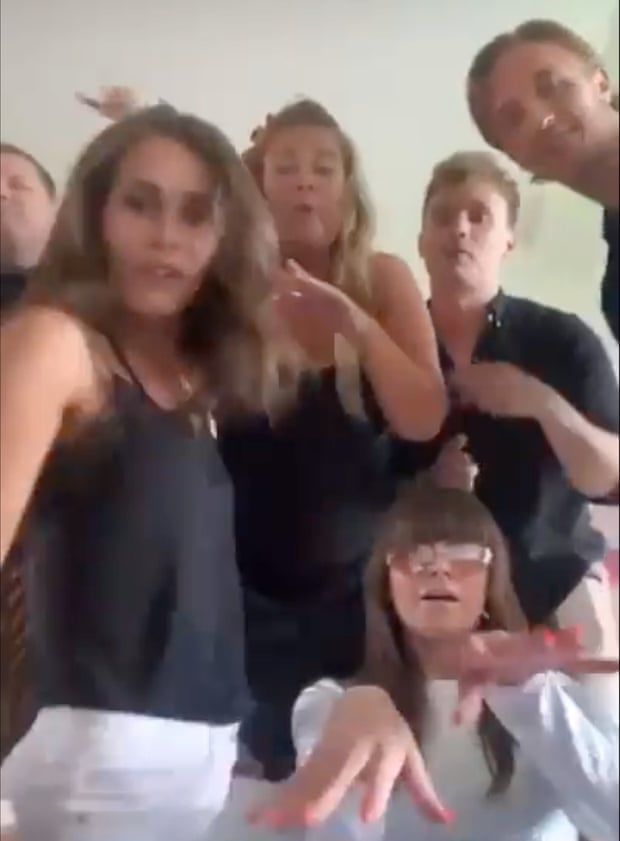 Finland’s prime minister, Sanna Marin (l), with friends. She says she is unaware of any drug use at party on 6 August and says she herself has never taken drugs.

Marin said that to the best of her knowledge no drugs had been consumed at the party. “As far as I know, I have never been in such a situation,” she said. “On the night shown in the video footage, I didn’t see anyone using drugs.”

Asked whether she had been in a fit state to take important decisions at a time of heightened security, Marin said her “ability to function was really good”. If the need had arisen, “I could have left to take care of work tasks in the evening”, she said.

She described her alcohol consumption as “moderate” and said she had drunk only mild alcoholic drinks at the party. “I walked normally from the restaurant to the car and went home, and woke up feeling normal the next morning,” she said.

The authoritative daily Helsingin Sanomat said in an editorial on Friday that prime ministers were entitled to relax, there was no evidence Marin had broken the law, and that experts it had consulted concluded there was no risk to national security.

The Finnish people would be able to say what they thought of Marin’s policies and her style, it said. “The institution of prime minister changes over time, and there is no one right way for government to act,” it said. “Elections are next spring.”

Marin insisted she spent most of her time working, and videos such as this gave a “distorted” view of how she spent her time. “My entire term as prime minister has been a time of crisis and things have been reasonably well taken care of,” she said.

The videos were “private, not intended for public viewing”, she said, adding that she was sure other material existed. “I feel like footage is shot all the time, everywhere, and it doesn’t feel good,” she said. “Even normal things are made to look bad.”

Asked if she could have done anything differently, she said she hoped that in 2022 it was possible for people in her position to enjoy their free time and dance with friends. “I trust people understand free time and work time can be separated,” she said.

But with hindsight, she added, “what could have been done was to take care that such things would not be leaked to the public. Yes, I want to trust people. Yes, I trust my friends. I trust and know that my friends have not leaked these clips.”