The Football Association of Wales said venues in Qatar had been contacted and instructed to follow the agreed rules and regulations, including the Ahmad bin Ali Stadium in Al Rayman where The Dragons will face Iran for their second Group B match today.

FIFA has confirmed fans will be allowed to wear rainbow bucket hats and take rainbow flags into the stadium for Wales' match against Iran - after they were confiscated ahead of the side's 1-1 draw with the USA earlier this week.

The Football Association of Wales said venues in Qatar had been contacted and instructed to follow the agreed rules and regulations, including the Ahmad bin Ali Stadium in Al Rayman where The Dragons will face Iran for their second Group B match at 10am (UK time).

In a statement it added: "The FAW urges FIFA to adhere to their message that everybody will be welcome in Qatar during the World Cup and continue to highlight any further human rights issues.

"We remain with the belief that football is for everyone". 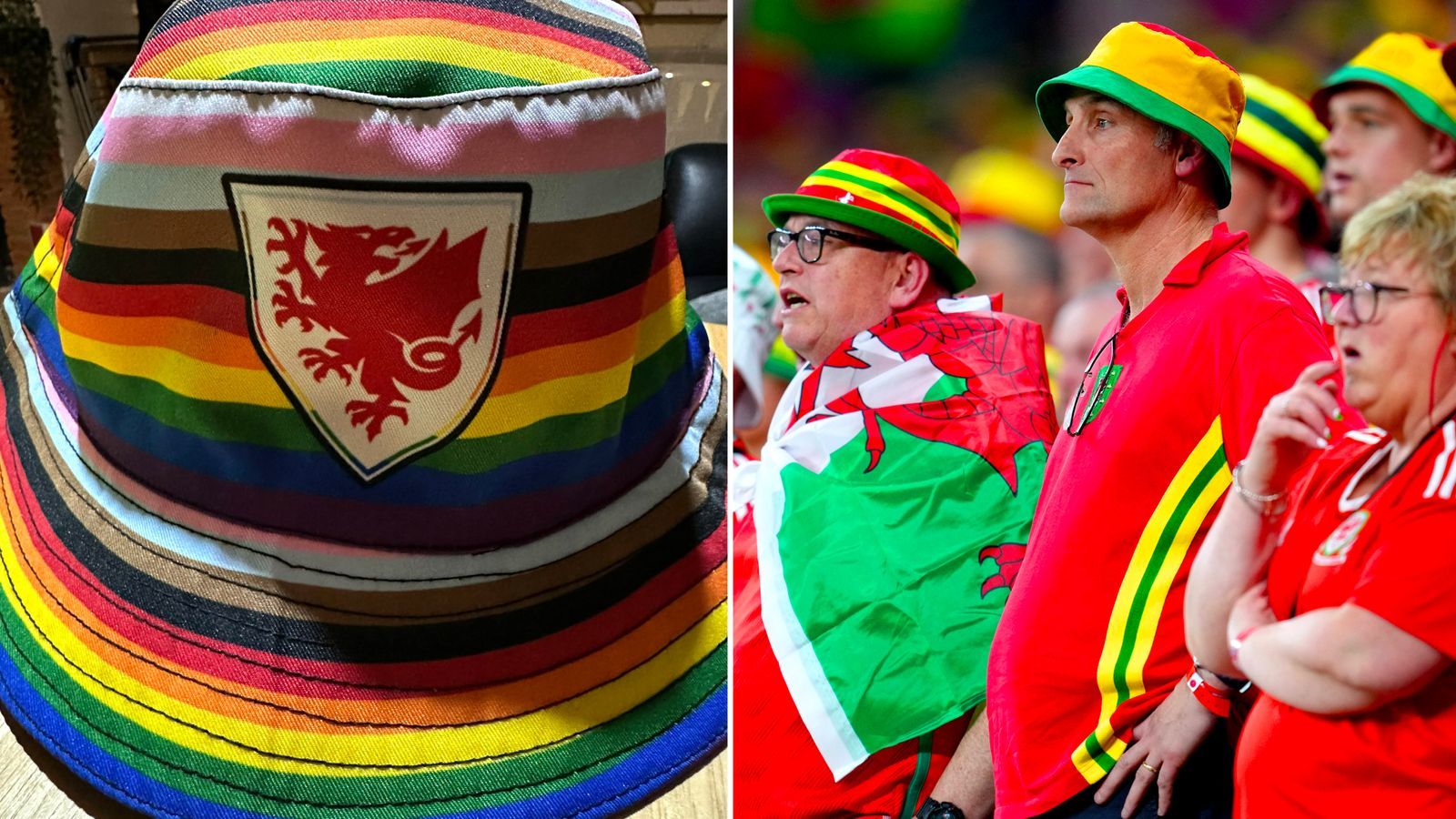 The agreement, specifically between FIFA and the FAW only - comes after the first week of the tournament has been marred by the governing body's handling of LGBTQ+ symbols.

FIFA has threatened to book team captains who wear a pro-inclusivity OneLove armband.

All eyes will be on the players of Wales and England to see if they follow Germany's lead and make a stand pre-match.

Germany's players covered their mouths during a team photo ahead of their 2-1 defeat against Japan to show "FIFA is silencing us" by shutting down attempts to wear rainbow-coloured OneLove armbands.

England boss Gareth Southgate has not ruled out his team making a gesture ahead of their game with the US to highlight human rights concerns, but said they will not be pressured into doing so.

That match kicks-off at 7pm at the Al Bayt stadium in Al Khor.

Seven European nations competing at the World Cup - including Germany, England and Wales - planned to wear OneLove anti-discrimination armbands during the tournament, but were dissuaded from doing so following the threat of sporting sanctions from FIFA.

Southgate said: "I think we've got to be comfortable that we know what we stand for.

"That's not to say we won't do anything moving forward if the timing's right, but I think we are rushing to be seen to be doing something, we could make an error that doesn't land well."

Rainbow bucket hats and flags should never have been confiscated from football fans in the first place, FAW chief executive Neil Mooney said.

Speaking to Sky Sports News, he said the FAW were "appalled" to hear rainbow bucket hats were being taken from supporters and staff in Qatar.

He said the FAW wrote to FIFA and pointed out that they were "promised an open and inclusive World Cup".

"Thankfully they've come back just in the last couple of hours, in writing to say that our fans can wear rainbow related clothing tomorrow, including bucket hats," he said.

"We're glad the fans can do that. It should never have been the case that they were confiscated in the first place.

"We have it in writing from FIFA that they're okay to wear whatever they wish."