Eva Kaili, a Greek former TV news anchor, was suspended from her duties on Saturday after being caught up in an investigation into influence peddling at the EU assembly allegedly involving officials from Qatar.

A Greek MEP had her powers as a vice-president of the European Parliament suspended on Saturday over a corruption probe implicating World Cup hosts Qatar that has ensnared four others and sparked calls for “root and branch reform” in the EU institution.

European Parliament president Roberta Metsola “has decided to suspend with immediate effect all powers, duties and tasks that were delegated to Eva Kaili in her capacity as Vice-President of the European Parliament,” a spokesperson said.

Earlier on Saturday, Metsola said on Twitter that the parliament “stands firmly against corruption”, adding they would do everything they could to “assist the course of justice”.

Socialist MEP Kaili was arrested on Friday hours after four others were detained for questioning.

The arrests followed raids in Brussels which prosecutors said turned up 600,000 euros (US$630,000) in cash. Police also seized computers and mobile phones.

A legal source close to the case confirmed to Agence France-Presse Belgian press reports that the country was Qatar.

News of the arrests sparked outrage and calls for action to tackle corruption inside the European Parliament.

“Over many decades, the Parliament has allowed a culture of impunity to develop, with a combination of lax financial rules and controls and a complete lack of independent [or indeed any] ethics oversight,” Transparency International’s director Michiel van Hulten said. 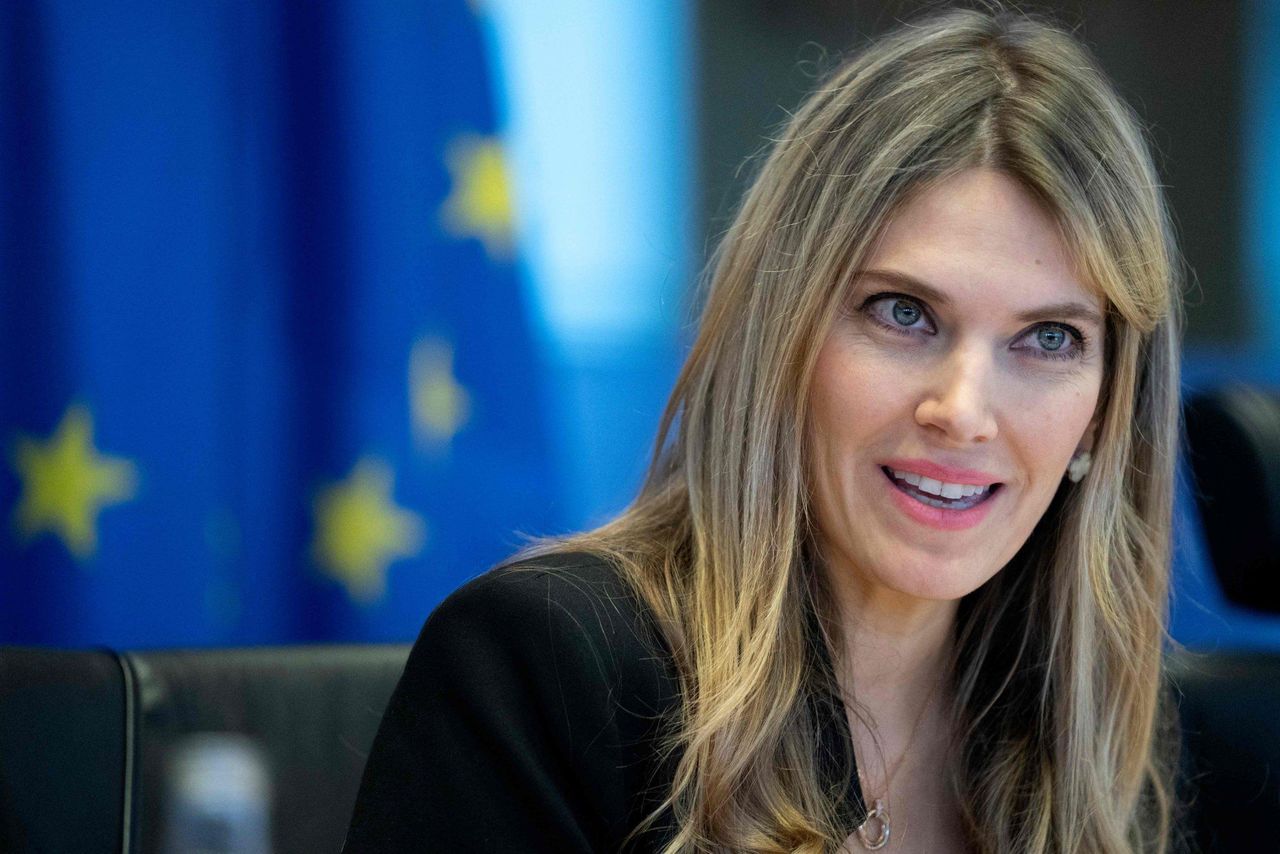 Belgian police arrested Greek socialist MEP Eva Kaili and four other suspects in connection with an investigation into corruption implicating World Cup hosts Qatar.
The European Parliament’s Greens group called for a full investigation into allegations of bribery by Qatar.

“We will not accept business as usual …,” the group said. “We must strengthen our rules so this cannot happen again.”

The European Parliament had “become a law unto itself”, said Van Hulten. “It is time for root and branch reform.”

Alberto Alemanno, a law professor based in Belgium, said the “scandal opens multiple Pandora’s boxes all at once”, including “flawed EU ethics system for MEPs” and the “scale of foreign influence over EU”.

Only a vote of MEPs can strip Kaili of her mandate as a vice-president, but Metsola’s decision effectively strips her position of any powers for the time being.

At least three of the others arrested were either Italian citizens or originally came from Italy, a source close to the case told Agence France-Presse.

Kaili, 44, is the partner of one of the four others detained: Francesco Giorgi, a parliamentary assistant with the European Parliament’s Socialists and Democrats group, said the source.

Former Italian MEP Pier-Antonio Panzeri, who served as a socialist in the parliament between 2004 and 2019, was also reportedly arrested.

In Rome, a government source confirmed to Agence France-Presse reports that Panzeri’s wife and daughter had been detained.

Kaili is a former television presenter and one of the European Parliament’s 14 vice presidents. In November, just before the World Cup, she met Qatar’s Labour Minister Ali bin Samikh Al Marri.

In a video statement posted on Twitter by the Qatar News Agency, she said: “I believe the World Cup for Arabs has been a great tool for … political transformation and reforms”.

In a subsequent speech at the European Parliament she said Qatar was a “front-runner in labour rights”.

In Athens Friday, the president of the Greek socialists (PASOK) Nikos Androulakis announced on Twitter that Kaili had been expelled from the party.

On Saturday, the Socialists and Democrats group in the European Parliament announced they had suspended her membership.

A Qatari government official told Agence France-Presse: “We are not aware of any details of an investigation. Any claims of misconduct by the State of Qatar are gravely misinformed.”

The country “operates in full compliance with international laws and regulations”, he added.

The secretary general of the International Trade Union Confederation, Italian Luca Visentini, was also among those reportedly arrested. The ITUC said it was “aware” of the media reports.

World Cup host Qatar has striven to improve its image in the face of criticism over its record on worker protections and human rights.