A nine-year-old girl has had to be resuscitated by her mother more than 100 times due to a rare life-limiting form of epilepsy.

Sam Slocombe from Devon is campaigning to raise awareness of her daughter Paige's condition, known as Dravet Syndrome.

She and her husband Mike said they hoped it would help to improve diagnosis and care for others.

The syndrome can cause multiple seizures both night and day.

It occurs in around one in every 15,000 live births and is one of the most treatment-resistant forms of epilepsy.

It means the family have to take vital medical equipment wherever they go. 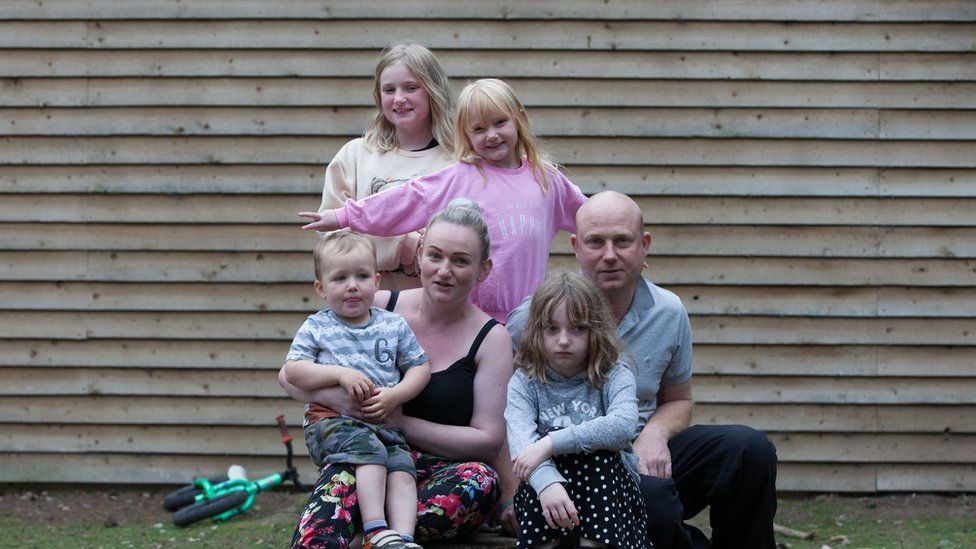 Paige Slocombe with her family from Okehampton, Devon

Sam Slocombe said: "Paige stops breathing with her seizures, and wherever she goes, her medical bag goes with her. It contains very potent drugs... resuscitation equipment...

"These things play a vital role in keeping Paige alive. I have probably resuscitated her myself over 100 times," she said.

Paige, who lives in Okehampton, has had a device surgically implanted which stops around 250 seizures every day.

There is a much higher risk of Sudden Unexpected Death in Epilepsy (SUDEP) compared with other epilepsies.

Sam Slocombe said: "We never know how long we've got with Paige so we just treat every day like it's our last."

Dravet Syndrome UK said by raising awareness it hoped more people can receive an earlier diagnosis and get timely access to the help they need.

"But wider awareness is needed to bring attention to these advances if they are to bring real-life benefit to as many patients and their families as possible," she said.