Addressing her listeners, Meghan says she has ‘zero interest’ in reclaiming the B-word

Meghan, the Duchess of Sussex has discussed the words “b***” and “difficult” in her latest podcast episode - as she alluded to having herself been hurt by name-calling.

Before she decided to quit the monarchy as a senior working royal, the tabloid press claimed Meghan had been ascribed the derogatory nickname “Duchess difficult”.

Speaking on the latest episode of Archetypes, her podcast “about the labels and tropes that try to hold women back”, the Duchess discusses how the word “difficult...gets thrown around so casually now”, adding that it “is really just a codeword for the B word”.

Meanwhile, she describes the word “b****” as another way of labelling a woman “dificult”.

“I remember when I was a kid and people would say ‘sticks and stones may break your bones but names will never hurt you’,” she adds, in the new episode released on Tuesday.

“Well, that was just a flat-out lie. Of course names hurt.” 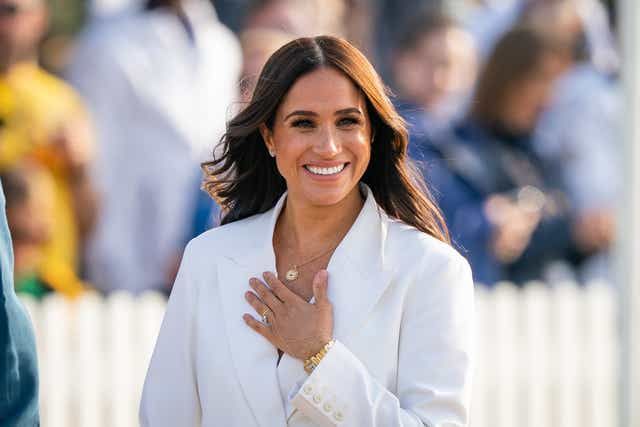 The episode sees her speak to several guests including zoologist and author Lucy Cooke, and writer Robin Thede.

Thede suggests the so-called “B word” is used by men “to describe a woman who goes after what she wants, who has an opinion that is different from a man’s, who turns you down at the club”.

She goes on to say she has chosen to reclaim the word by using it as a term of endearment when addressing female friends.

Addressing her listeners, Meghan says: “I have zero interest in reclaiming this term, but these women I respect, whose work I love are entirely comfortable with that.

“For some women, its all about embracing and reclaiming the B word - taking the power out of it.”

She suggested that “when the B word is shouted with one intent”, women should attempt to “let it go and to remind yourself of all the other words with a B that better describe you - beautiful, blessed, brilliant, beguiling, blissful, bedazzling”. “Take your pick,” she added. “Be that person.”