Hubert and June Malicote met at the Church of God in Hamilton, Ohio, in 1941, and tied the knot two years later.

The husband and wife died 20 hours apart on November 30 and December 1, respectively, at Hospice of Hamilton.

‘Hubert preceded June in death by only hours, marking the end of their 81-year love story,’ his obituary reads. 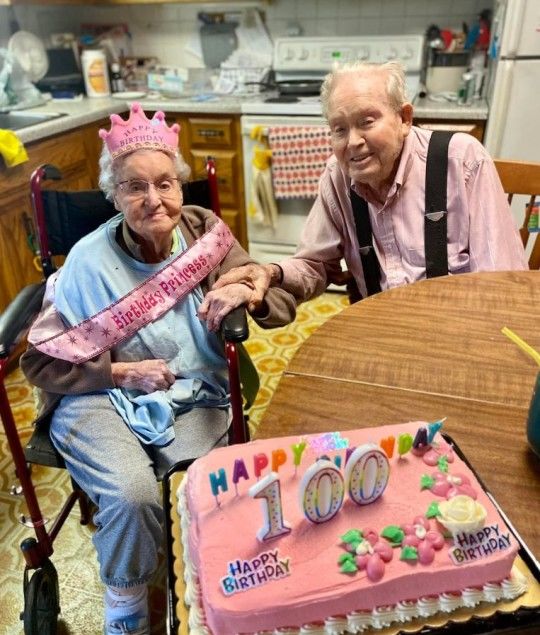 June (left) and Hubert (right) Malicote both turned 100 years old in July
The Malicotes celebrated Thanksgiving the day before the holiday by hosting a pizza party for their entire family. Their son, Sam Malicote, 76, told the Dayton Daily News that ‘everything was fine’.

But that night, June became ill and her daughter, Jo Malicote, 70, took her to hospice care. Hubert visited his wife on the Friday after Thanksgiving and ‘broke down’, according to Sam.

Hubert was admitted to hospice as well, in the same room as June, and both became unconscious. Their hands were put together. 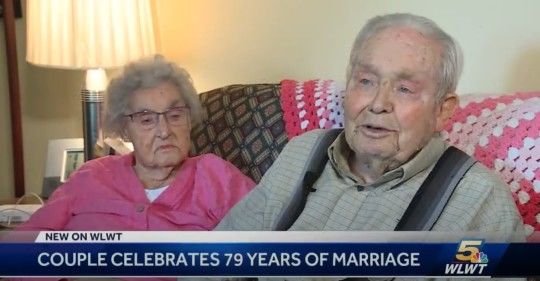 June (left) and Hubert (right) Malicote were married for 79 years

Neither one of them regained consciousness. Hubert died at 9.15pm and June followed at 5.40pm.

‘They went out together,’ the couple’s son said.

Hubert enlisted in the US Navy in 1942 and served during World War II at Pearl Harbor. In his second leave from service, not knowing if and when he would make it home, he wed June. Hubert returned home after the war and worked for Diebold Inc as a shop supervisor until he retired in 1990.

‘In his retirement, nothing brought him more joy than his family and his workshop,’ Hubert’s obituary states.

June worked for years at Pillsbury and the Woolco Department Store.

‘She took great pride in the accomplishments of her children and supported each of them in their passions,’ her obituary reads.

The couple had celebrated their 79th wedding anniversary earlier this year. June turned 100 on July 13 and her husband did so 10 days later.

The couple are survived by three children – Jo, Sam and Theresa McBride, 68 – seven grandchildren and 11 great-grandchildren. 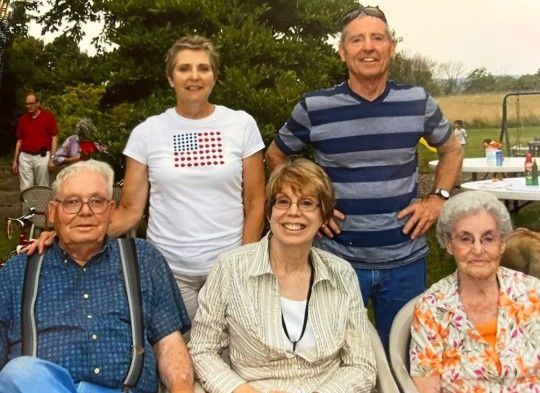 Hubert and June with their children Jo, Sam and Theresa 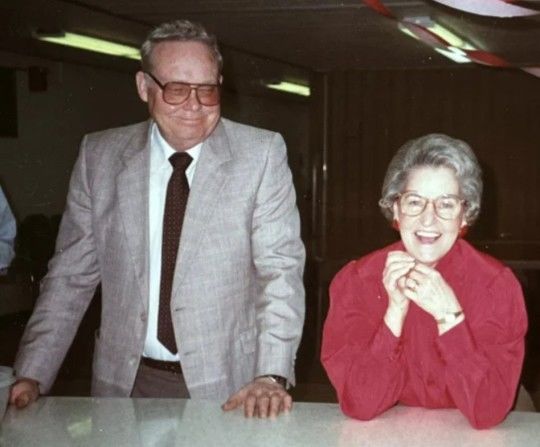 ‘Who can expect to live a life like that? They lived a long, happy life together and they were devoted to God and the family.’

Their visitation is on Thursday at Eaton Road Church of God.