A judge suspended the 39-year-old pop star's father, Jamie Spears, as conservator of her estate on Wednesday in a highly anticipated hearing.

A judge on Wednesday removed Britney Spears' father from her conservatorship, releasing the pop star from the power he had over her life for more than 13 years.

During a highly anticipated hearing that came as Spears and her attorney continue to criticize her dad's handling of her affairs, Los Angeles County Superior Court Judge Brenda Penny granted the 39-year-old singer's request to immediately suspend Jamie Spears as conservator of her estate, a role he has filled since the conservatorship's creation in early 2008. Penny appointed John Zabel, a certified public accountant nominated by Spears herself, to oversee her finances on a temporary basis.

The step marks a pivotal moment in Spears' quest to break free of the court-mandated arrangement that gave her father and a cast of lawyers the reins to her personal affairs, business deals, and fortune.

“Britney Spears deserves to wake up tomorrow without her father as her conservator,” her attorney, Mathew Rosengart, argued in court on Wednesday.

At a hearing set for Nov. 12, the judge will consider whether to terminate the conservatorship altogether, based on a separate petition filed by Jamie Spears. Facing ongoing pressure from his daughter's counsel, who accused him of trying to extort her, he has asked the court to order an end to the arrangement.

Court papers show that the singer had planned to file a petition to terminate the conservatorship herself but only after her father was removed, a series of events that would require him to turn over his full conservatorship files to the temporary conservator.

"I believe in those files we will find evidence of his corruption — and worse," Rosengart said during the hearing on Wednesday.

As he left the courthouse, Rosengart told reporters that Britney Spears would sue her father if it was determined any of her money had been misappropriated. And the attorney appeared to suggest that Jamie Spears could face criminal charges.

"And the ramifications are going to be more severe than just civil litigation against Mr. Spears based upon my present understanding of what happened here," Rosengart said. 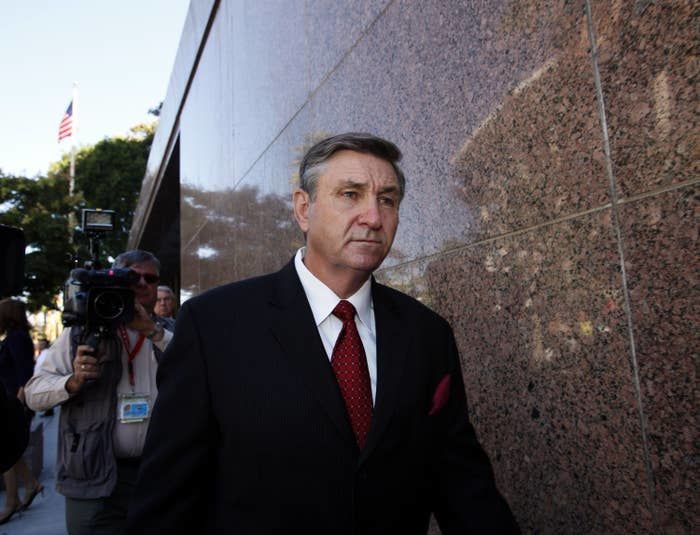 Public interest in the Spears case was reignited in February when the New York Times released the documentary Framing Britney Spears, which questioned the control that her father, Jamie Spears, continued to hold over her financial and physical well-being. A follow-up documentary, Controlling Britney Spears, was released on Friday, in which a former employee of the pop star’s security team alleged that all communication on her phone was monitored and that an audio recorder was even placed in her bedroom. In California, it’s illegal to record people’s private conversations without their knowledge or consent. But because Spears was under the conservatorship, her father, as conservator, could have consented for her, Christa Ramey, an attorney who previously handled a case about conservator liability, told BuzzFeed News.

In a statement last week, Rosengart said they considered Jamie Spears' removal to be "a prerequisite to the immediate restoration" of her "dignity and fundamental rights."

In July, the pop star formally asked the court to immediately suspend her father as conservator. In court papers, Rosengart described Jamie Spears' role in the conservatorship as "toxic" and untenable as he argued that removing him was in his daughter's best interest.

The move was supported by Jodi Montgomery, who has been serving as conservator of the singer's personal life for the last two years, as well as her medical team and her mother, Lynne Spears, according to court documents.

The pop star previously requested in 2020 that her father be suspended from his role as conservator, but that bid was denied despite Sam Ingham, then her court-appointed attorney, telling the court that she was afraid of her father.

At Wednesday's hearing, Jamie Spears' attorney Vivian Thoreen said she “vehemently” objected to her client being suspended, arguing that it was unnecessary to remove him if the conservatorship was going to be terminated anyway.

As she has said in recent court filings, Thoreen argued that the priority should be the petition to terminate, as it is not contested by any of the parties involved. She questioned Rosengart's strategy not to file such a request himself, calling the attempt to suspend her client and replace him with another conservator "actually very confusing."

"If the end is in sight, let's make that the goal," she said.

Thoreen and Rosengart spent much of the afternoon criticizing each other's strategies and accusing each other of trying to delay the resolution of the case. At times, the muffled chants of #FreeBritney supporters demonstrating outside the building could be heard in the courtroom. 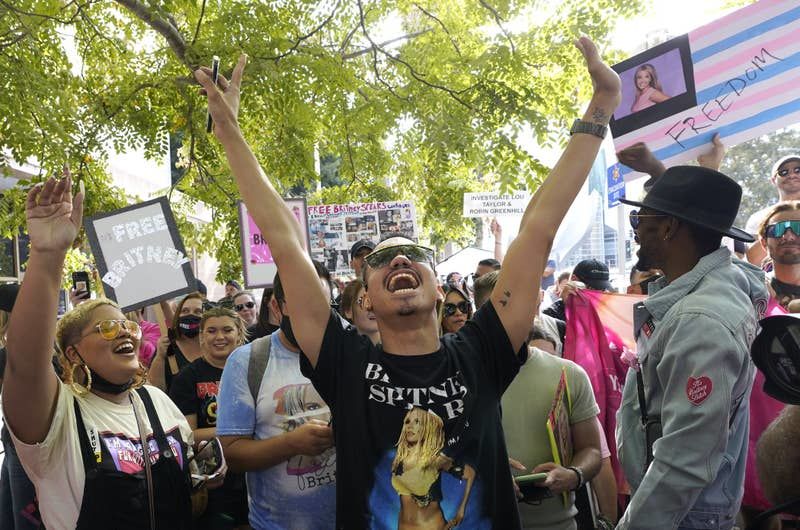 When Rosengart brought up the new allegations of surveillance raised in the Times documentary, Thoreen shot them down, saying, "That's not evidence, and he knows that." But regardless of the truth to those claims, which Rosengart described as "unfathomable," he said Jamie Spears should be suspended immediately or the pop star would be "extraordinarily distraught."

"Your honor, this has been going on for too long," Rosengart said.

The judge's ruling was no doubt due in large part to Spears' public statements in an emotional and explosive hearing on June 23, when she told the court that her conservatorship was abusive and had prevented her from living a full life. During her comments then and again in July, she railed against her father and the power the legal arrangement has given him to "ruin [her] life."

Thoreen also questioned the claims Britney Spears made during that previous hearing, saying that "nobody knows the veracity" of her allegations. She again argued that Jamie Spears has served "faithfully" and "loyally."

Rosengart responded later that it didn't matter if Thoreen or Jamie Spears believed his daughter's claims of abuse. What was important was that she herself believed them, he said

Fans once again rallied outside the courthouse on Wednesday, yelling for the conservatorship to end and waving pink flags and signs. #FreeBritney activist Megan Radford told BuzzFeed News the amount of progress in Spears' case in recent months felt indescribable.

"But the job isn’t done, and we’ll be here until the job is done,” she said.