A British woman who reported being gang-raped in Cyprus has had her conviction for allegedly lying about the attack overturned.

The woman, then 19, told Cypriot police she had been raped by 12 Israeli men and boys in Ayia Napa in July 2019.

The Derbyshire teenager retracted the allegation after being held without a lawyer, and was then tried and convicted of causing public mischief.

Her conviction was overturned at the Supreme Court in Cyprus.

The woman's case had outraged women's rights campaigners, who gathered outside court ahead of the decision being handed down on Monday.

The appeal succeeded on the grounds that the original conviction for public mischief was unsafe. 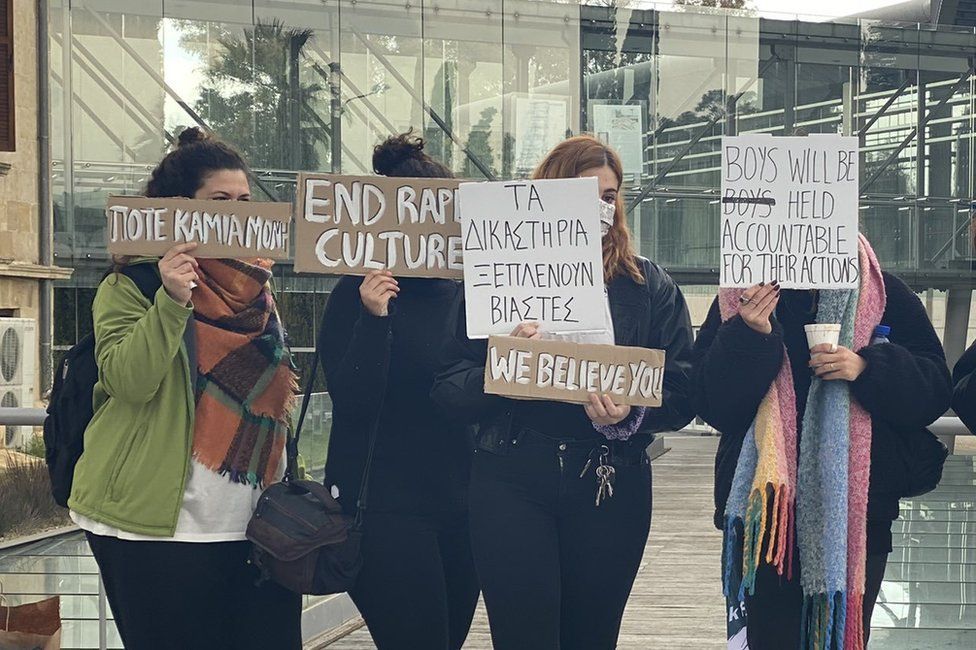 The woman, who is now 21, did not have to serve her original four-month sentence in prison as it had been suspended by the judge.

However, barrister Michael Polak, from Justice Abroad, said she had wanted to get the conviction overturned in order to clear her name.

The woman's family now want the original rape allegations she made to be investigated, in order for her to get "true justice".

Mr Polak, who co-ordinated the appeal against the conviction, said the teenager and her female lawyers had been shouted at and "treated with contempt" during the trial.

"We have always maintained that our client was not given a fair trial and today the Supreme Court of Cyprus has agreed with us," he said.

"Important fair trial provisions, which are in place to prevent miscarriages of justice, were totally disregarded in this case.

"A young and vulnerable woman was not only mistreated when she reported the rape to the police, but then she was just put through a trial process that was manifestly unfair, as the Supreme Court has recognised."

Mr Polak said the trial judge had shouted "this is not a rape case" at least seven times when her female lawyers tried to put forward evidence that supported the woman's case that she had been raped. 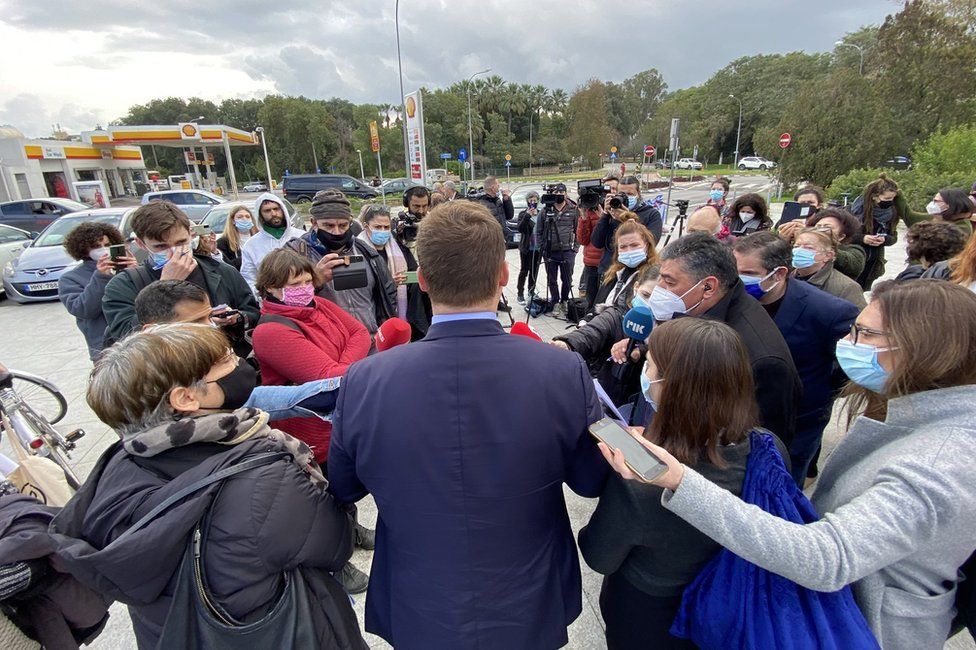 There were thumbs up, smiles and embraces on the wooden benches in courtroom one as the verdict was read out. On the steps outside, her lawyer told me he was "surprised" by the result.

Within the space of a few days the British student had gone from being treated as a victim to the accused.

During the trial I watched the vulnerable teenager subjected to intense cross-examination, and the judge's refusal to hear any reference to evidence of an alleged rape. Her legal team successfully argued she did not get a fair hearing.

The woman's mother, who spent days supporting her in court, said she hopes her daughter's suffering would at least bring positive changes in the way that victims of crime were treated.

The success of this appeal amounts to an indictment of the Cypriot authorities' handling of the original case.

Activists said it was a bittersweet victory. Her family agreed, adding that for true justice to be done, the rape allegation would now also have to be properly investigated.

Supporters described it as a victory for justice, but a travesty the case ever came this far.

In a statement, the woman's family said they were relieved the authorities in Cyprus had "recognised the flaws in their legal process".

"Whilst this decision doesn't excuse the way she was treated by the police or the judge or those in authority, it does bring with it the hope that my daughter's suffering will at least bring positive changes in the way that victims of crime are treated," they said.

"Of course, if justice is to be done, an authority would need to pick up on the evidence that was gathered in Cyprus and do with it what should have happened at the outset."

Cypriot lawyer Nicoletta Charalambidou, who is part of the legal team, said: "This is a very important day for women's rights and in particular for victims of rape or other forms of sexual violence in Cyprus.

"The acquittal by the Supreme Court... points to the failure of the authorities to effectively investigate the rape claims she reported. This is what we will now pursue." 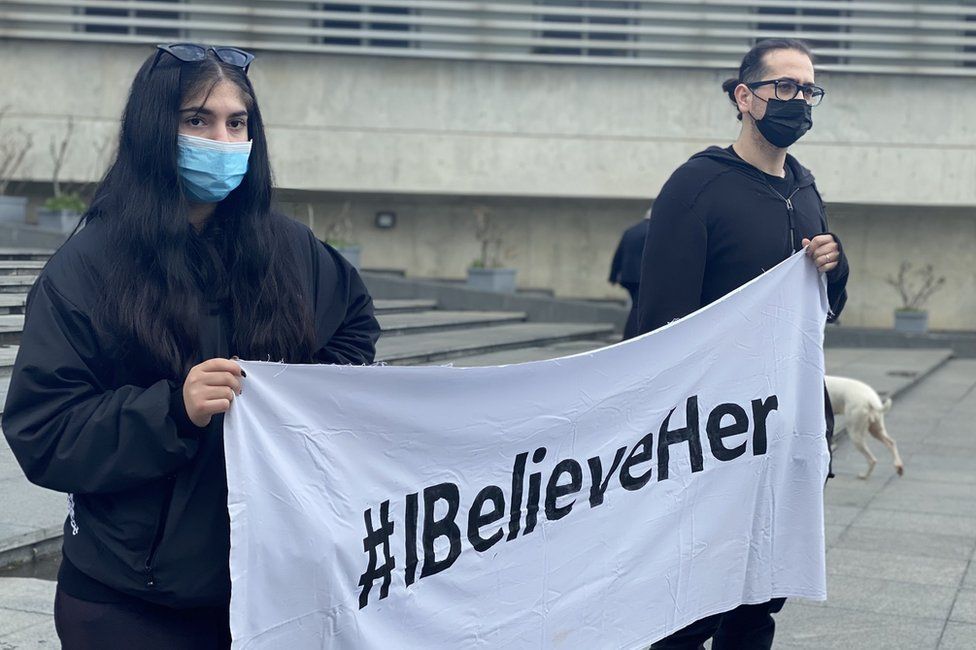 The decision has been described as a "watershed moment"

The Israeli men and boys arrested over the incident, aged between 15 and 20 at the time, denied any wrongdoing, were freed and returned home.

The woman was sentenced in January 2020 and flew home to the UK immediately afterwards.

An appeal hearing was then held at the Cypriot Supreme Court on 16 September 2021.

Speaking after the decision was handed down four-and-a-half months later, Mr Polak said: "This is a watershed moment, not just for our client who has always maintained her innocence even when doing so caused her the hardship of not being able to return home during the lengthy trial proceedings, but also for others around the world in similar positions."