Adele has announced a Las Vegas residency with weekend performances due to begin in the new year.

The singer will perform on Friday and Saturday nights in the Colosseum theatre at Caesars Palace Hotel from 21 January until 16 April 2022.

The British star will take one weekend off in mid-February.

Fans will have to register for pre-sale access before 3 December to be in with a chance of securing tickets for Weekends With Adele.

Tickets will then be available to purchase from 7 December.

Adele is also taking to the stage as part of the BST Hyde Park festival in London on 1 and 2 July.

Who else has done a Vegas residency? 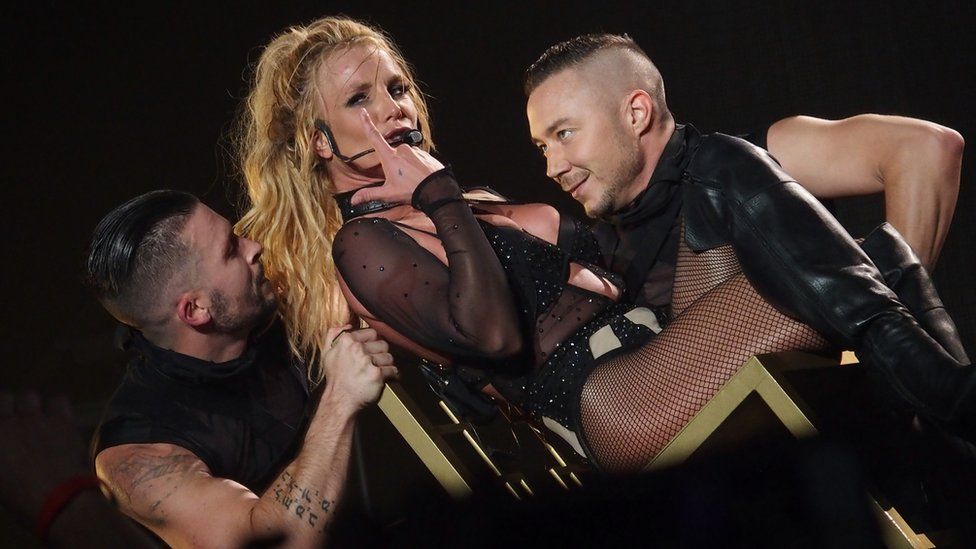 The famous Colosseum theatre has 4,300 seats and has hosted the likes of Celine Dion, Sir Elton John, Madonna, Mariah Carey and Rod Stewart.

Dion and Sir Elton have both completed two residencies there, with Dion performing over 1,000 times at the venue.

Usher is the current "resident" at The Colosseum and will wrap up his stint at the beginning of January.

Highly lucrative residencies - particularly the long-running ones - can bring in millions of dollars for musicians with merchandise sales also adding to the pot.

Britney Spears had a four-year long Vegas residency - from 2013 to 2017 - but at a different venue, the Axis at Planet Hollywood.

The singer, who was recently released from her conservatorship, said she only went out twice during that time.

Lady Gaga's Enigma show ran from December 2018 until May 2020 at The Park MGM. She returned for a string of jazz shows last month.