The prospect of the United States overturning decades of abortion rights, which materialized this week in a leaked draft opinion by Supreme Court Justice Samuel Alito, triggered shock waves in many countries in Latin America, where many feminist organizations have often looked at the US as a model of greater reproductive rights and freedoms.

However, that model has flipped on its head in recent years. Just as several US states have put in place further barriers to abortion access through various restrictions, some countries in Latin America have moved in the other direction, with a growing number of countries liberalizing such laws.

Laura Gil, a gynecologist and abortion rights activist in Bogota, Colombia has experienced this turnaround firsthand. "I remember we would meet with health professionals in the US, and for years they would always look at us with admiration for our struggle to expand reproductive rights. Now it's the opposite," she told CNN.

The doctor was in Florida when news of the leak broke on Monday. Her US colleagues were disparaged, she said. "They come from an environment where abortion is legal, while for us, abortion used to be banned and now it's not," she said.

Gil was at the forefront of a yearslong popular campaign to legalize abortion in Colombia, a movement that achieved its goal in February when the Constitutional Court ruled in favor of legalizing abortion up until 24 weeks of a pregnancy.

Colombia's decision followed similar recent measures in Mexico and Argentina, where abortion rights advocates demonstrating collectively as the "green wave" -- the color of choice for the movement -- celebrated their victories.

Argentina's Senate voted to legalize abortion up to 14 weeks in December 2020, making the country the largest nation in Latin America at the time to legalize the practice.

In September, Mexico's Supreme Court unanimously ruled that penalizing abortion is unconstitutional, a decision expected to set precedent for the legal status of abortion nationwide, although individual states have moved at different paces on its implementation.

And just last month, after years of court battles, Ecuador took a first step to liberalize its laws by legalizing abortion for pregnancies that occurred as a result of rape up to 12 weeks. 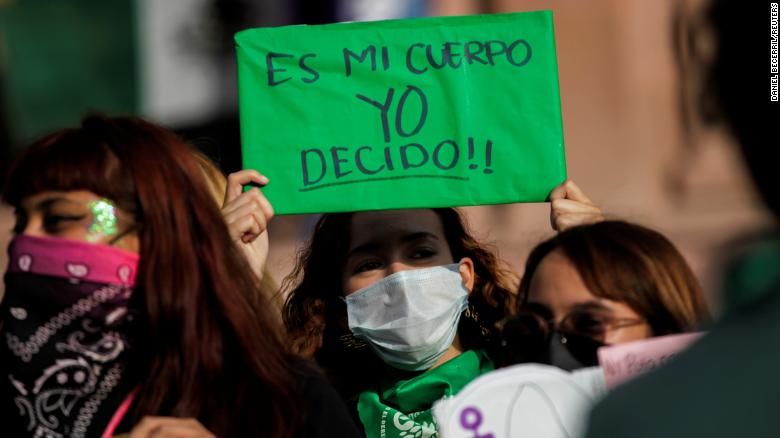 A woman holds up a banner that reads "My body, I decide" in Saltillo, Mexico, after the country's Supreme Court ruled that penalizing abortion is unconsitutional in September.

Now that it appears the tables could be turning, some Latin American activists say they can offer valuable lessons to their US counterparts to defend the right to abortion.

Giselle Carino, an Argentinian political scientist who took part in the campaign for legal abortion in her country, now serves as the New York-based CEO of Fos Feminista, a feminist alliance of more than 170 organizations around the world.

"I look at Argentina with a lot of pride, of course, because that was a truly democratic effort," Carino told CNN.

"It took 20 years for us, and we had many defeats. When we succeeded, it was because mobilization was huge: People would talk abortion at the dinner tables, in bars, cafes -- and at the same time we managed to put women in positions of power. We elected feminist representatives who would try to expand our struggle," she said.

"Those were the two lessons: To make abortion a mainstream topic and to advance through political victories, bit by bit," she added. 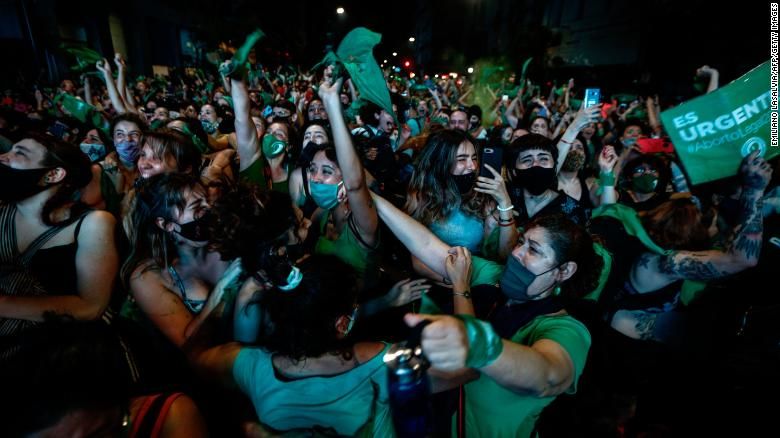 Abortion rights activists celebrate in Buenos Aires after Argentina's Senate approved a bill to legalize abortion up to 14 weeks in December 2020.

Carino points to Donald Trump's presidential win in 2016 as a turning point for abortion rights. "This is his legacy because, who put those judges to the Supreme Court? It's a legacy of authoritarianism and attacks on basic human rights. When you elect a leader like Trump, the damage is far more profound than four years in power," she said.

But Carino views the striking down of Roe v. Wade as far from a defeat. Instead, she sees it as a call for progressive activists to renew their struggle for full reproductive rights and as an opportunity to elect politicians who support those goals in the upcoming US midterm elections.

"The US know how to put people in the street, look at Black Lives Matter. Now it's the time to elect feminist leaders," she said.

Despite the marked gains for the pro-abortion movement in some Latin American countries, activists still worry about the fragile state of abortion rights in several nations across their region.

Society has long been hostile to women seeking abortion in Latin America, where the Catholic church remains a major influence, although the influence of Protestant churches are increasingly impacting policies in countries such as Brazil.

In many Latin American countries, women face prosecution and lengthy jail sentences for the procedure -- and in some countries, for even for miscarrying.

In El Salvador, for example, Sara Rogel spent almost 10 years in prison after being convicted of murder after she lost her pregnancy in what she said was a fall at home when she was 22 years old. 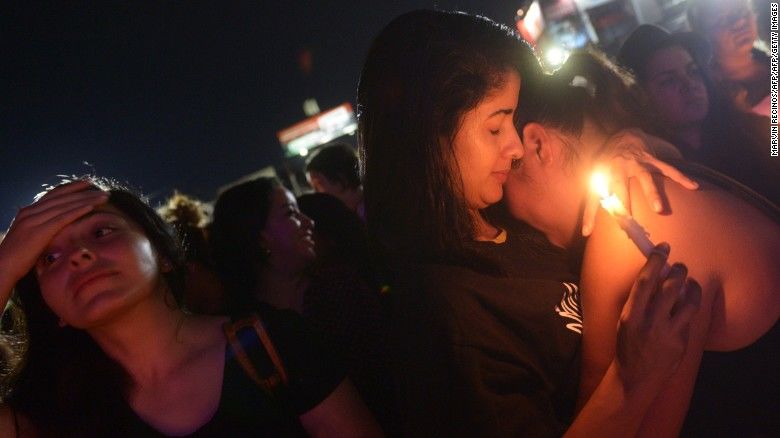 Activists in El Salvador demonstate against gender-based violence and in favor of abortion rights in San Salvador in 2016.

Abortion rights activists fear that that could be the state of some US states in a few years' time.

"A great victory of the feminist struggle in Latin America is to show that abortion is a social justice issue," says Luisa Kislinger, a Venezuelan abortion rights activist who now lives in the US.

Venezuela only allows abortion when the life of the pregnant person is at risk, with thousands of clandestine abortions performed in the country each year by people who can't afford to travel abroad for the procedure, Kislinger told CNN.

While data on illegal abortions is hard to collect, organizations such as Faldas-R, a Caracas based NGO that provides counseling to people looking to terminate their pregnancies, say that more than 70% of the people seeking their assistance live in poverty.

"In Venezuela, abortion is effectively off limits for poor women, and that often means Black women, indigenous, disabled... all these are minorities," Kislinger said.

"It's exactly what might happen in the US, because communities like African Americans, Latinos, or migrants often do not have the resources to receive an abortion (there too)," she said.

Data from the Guttmacher Institute, a research organization that supports abortion rights, supports this concern.

Abortion is "increasingly concentrated among low-income women," according to the group, which says that "women who are low-income and lack insurance coverage for abortion often struggle to come up with the money to pay for the procedure."

"As a result, they often experience delays obtaining an abortion or are forced to carry their unintended pregnancy to term."

This fall, Latin American abortion rights activists will have all eyes on Brazil, where presidential front runner and former president Luiz Inácio Lula da Silva recently said everyone should be allowed to access an abortion.

Da Silva and incumbent Brazilian President Jair Bolsonaro -- who is a staunch opponent of legalizing abortion -- are likely to go head-to-head in October's elections. Brazil's own Ministry of Health acknowledges that the country is among the top 25% of countries with the most restrictive abortion laws.

By the time Brazil chooses its path, in the US, a federal right to abortion could well be a thing of the past.