A week has passed since the decision which altered this country forever, and small-town America is organising.

In Owensboro, Kentucky, home to 60,000 people, a group of around 200 marched down the main street, past a donut shop and bourbon bar.

They were mostly women and they were furious about the constitutional right to choose abortion being stripped away.

Together they chanted in collective outrage, "keep your rosaries off my ovaries", and "my body, my choice", but among them were those who were motivated by intensely personal pain.

Hadley Duvall was 12 years old when she was impregnated by her abusive stepfather, who is now serving 20 years in prison.

"The abuse happened for a long time," she said.

"I'm lucky that it was only one pregnancy and I had the choice, and I feel like everybody in that situation needs to have the choice."

Hadley, now 20, said she was distressed when the Supreme Court overturned the landmark 1973 ruling, known as Roe v Wade which had given women nationwide the right to choose an abortion.

"My heart broke for the little girl that I used to be, and for the other little girls that are still out there, because it happens and it's not just a fantasy.

"It's not just something that only happens in the movies. It's real."

She said women should be given the right to choose what happens to their bodies in all circumstances, not just in especially traumatic situations.

"We might not make a change this year," she said, "but I know I'm never going to hold my tongue ever again, no matter what, even when there has been a change, I'm still going to speak up for people." 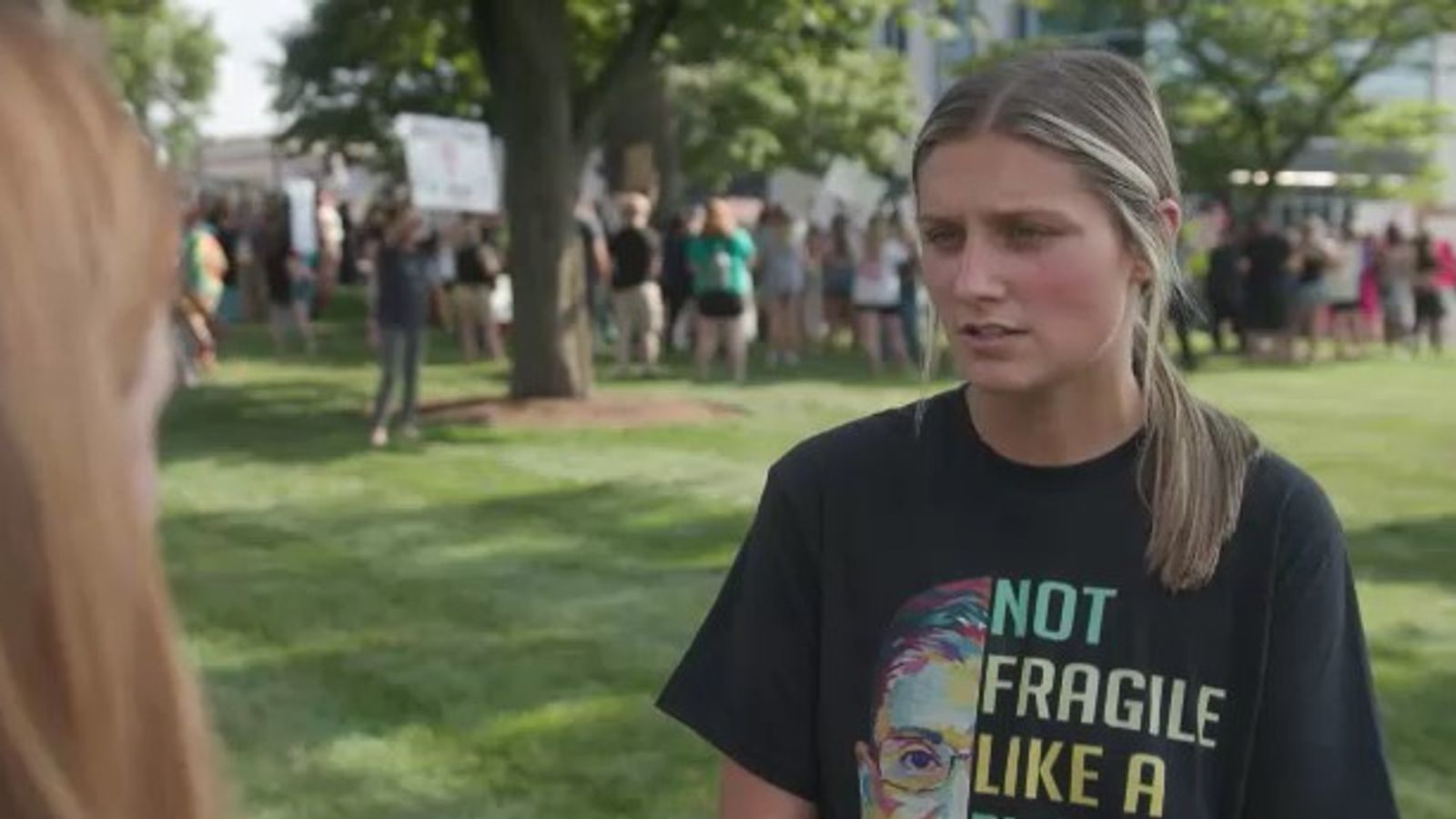 In this vast country, a legal patchwork of abortion haves and have nots is taking shape.

In Kentucky, the right to choose was stripped away last Friday and has now been temporarily restored after a judge issued a legal restraining order.

But, in a state where the majority of adults believe abortion should be illegal in all or most cases, it's unlikely to last long.

Marjorie FitzGerald, who has worked at EMW - one of two abortion clinics in Louisville - for six years, said the changes were especially tragic for poor women who cannot travel to other states where an abortion is an option.

"The closest state for our patients would be Illinois and for many of these patients, they can't take time off from work, they have childcare and transportation expenses and a waiting period sometimes.

"It means a lack of a procedure or sometimes an attempt to take matters into their own hands."

But for some, the reversal of Roe has given rise to opportunity.

On the same stretch of pavement just by the EMW clinic is a similar-looking building called BSideU.

But this is not an abortion clinic, it is a so-called pregnancy resource centre, one of 2,500 such facilities across America.

Many of them provide free ultrasounds and claim to offer information on alternatives to abortion. But experts accuse them of giving false or misleading information to coerce women into continuing their pregnancies.

Some of the women who are treated at BSideU are referred to a white clapboard house on the outskirts of Louisville, occupied by Lifehouse Maternity Home.

There are rocking chairs on the porch and a children's playground to the rear and they have had a 50% uptick in enquiries in the past week.

It is run by evangelical Christians and funded by donations from churches and individuals. 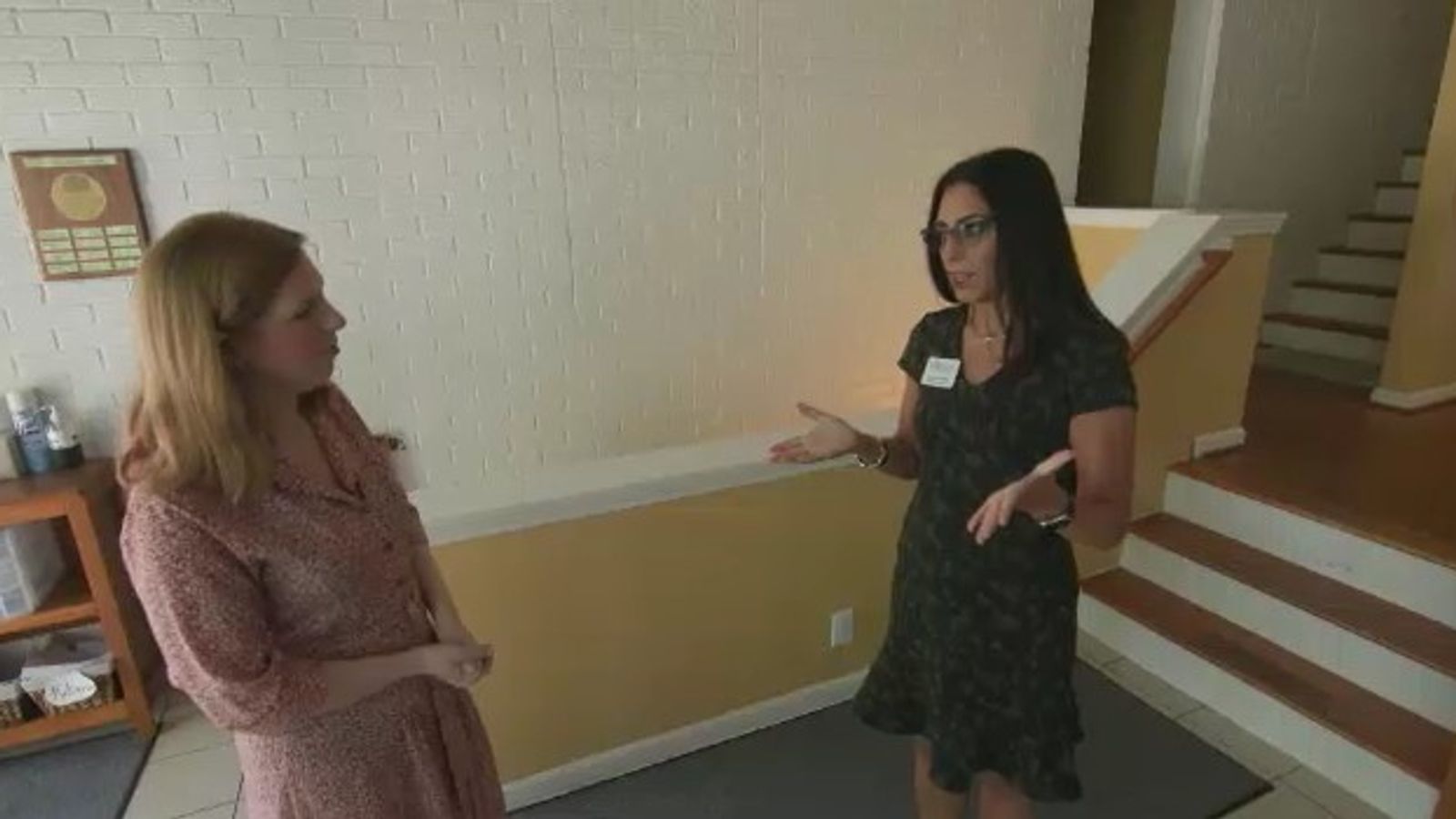 Its executive director Dolli Neikerk gives a tour of the inside, including a Bible study room and a vast wardrobe of baby clothes. Dolli celebrated when she heard the news that Roe v Wade had been overturned.

"We need to support her and help her navigate becoming a parent or making a decision for adoption."

I asked if she is concerned that encouraging a 13-year-old to continue with a pregnancy after rape will compound the trauma.

"I can tell you from the experiences that we've had here, in both situations those babies were placed for adoption (with) loving families," she said.

"And so I think that gives that young mom an opportunity to make a decision that is her best and she has already been traumatised. So we shouldn't add to that trauma."

For Dolli and the women at the march In Owensboro, there is unlikely to be any great coming together on an issue which provokes such strength of feeling on both sides.

Abortion in America is completely polarising and as such there will be no equilibrium here, only ugly and deepening division.