This temporary accommodation for traveling professors tilts toward the water like the bow of a boat.

Visiting professors at the Austral University of Chile in the province of Valdivia have more to look forward to than inspiring academic discussion-they also get the opportunity to stay in a purpose-built, architect-designed cabin overlooking the Calle-Calle River. The cabin is perched amidst educational and residential buildings, with a glass face that projects toward the water, giving occupants the impression that the cabin is afloat. 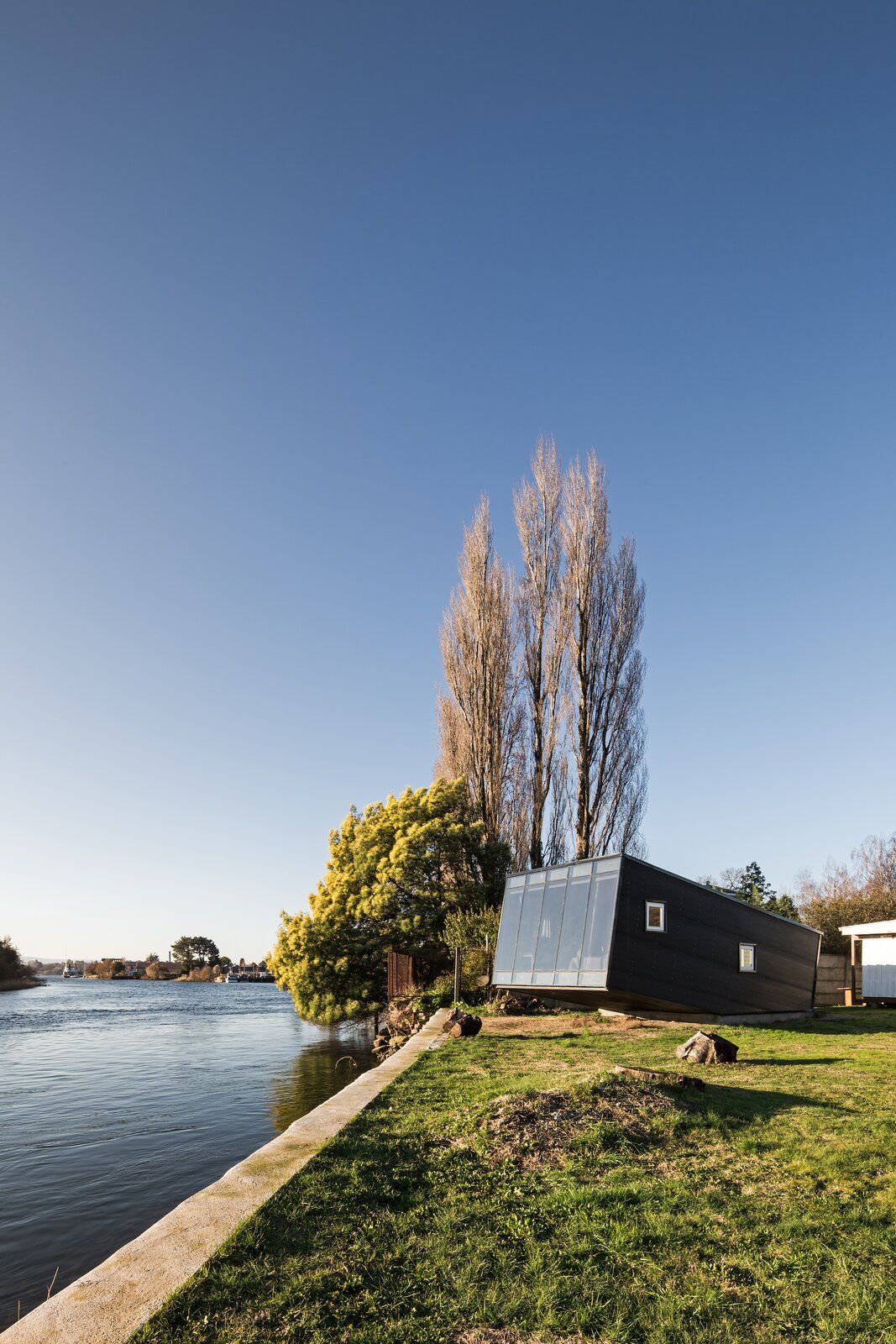 "At the moment of positioning the volume, the question was asked: What way of relating to the river do we want?" says architect Gabriel Felipe Westermeier Castillo. "A traditional one-or one that selects where and how this visual pleasure is obtained. Obviously, we selected the latter one." 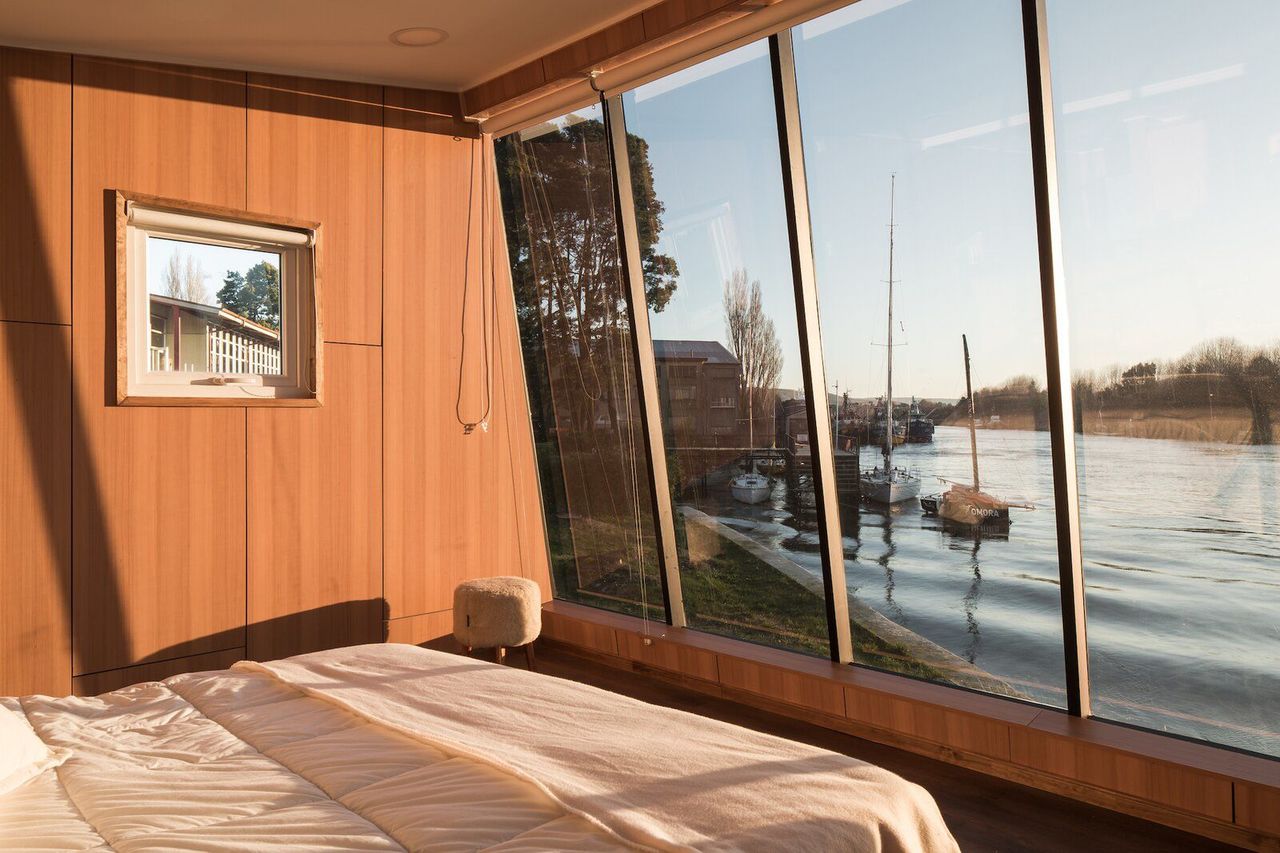 The compact volume is split into two different levels. The entrance leads past a bathroom to a combined kitchen, dining, and living area, which is divided from the sleeping and study area in the front of the cabin by two large steps.

The steps also act as seating for the dining room table and conceal storage for nautical equipment that can be used for recreation in the river. "The cabin fulfills the basic functions of sporadically inhabiting, eating, sleeping, working, resting, and recreating," says Westermeier Castillo. 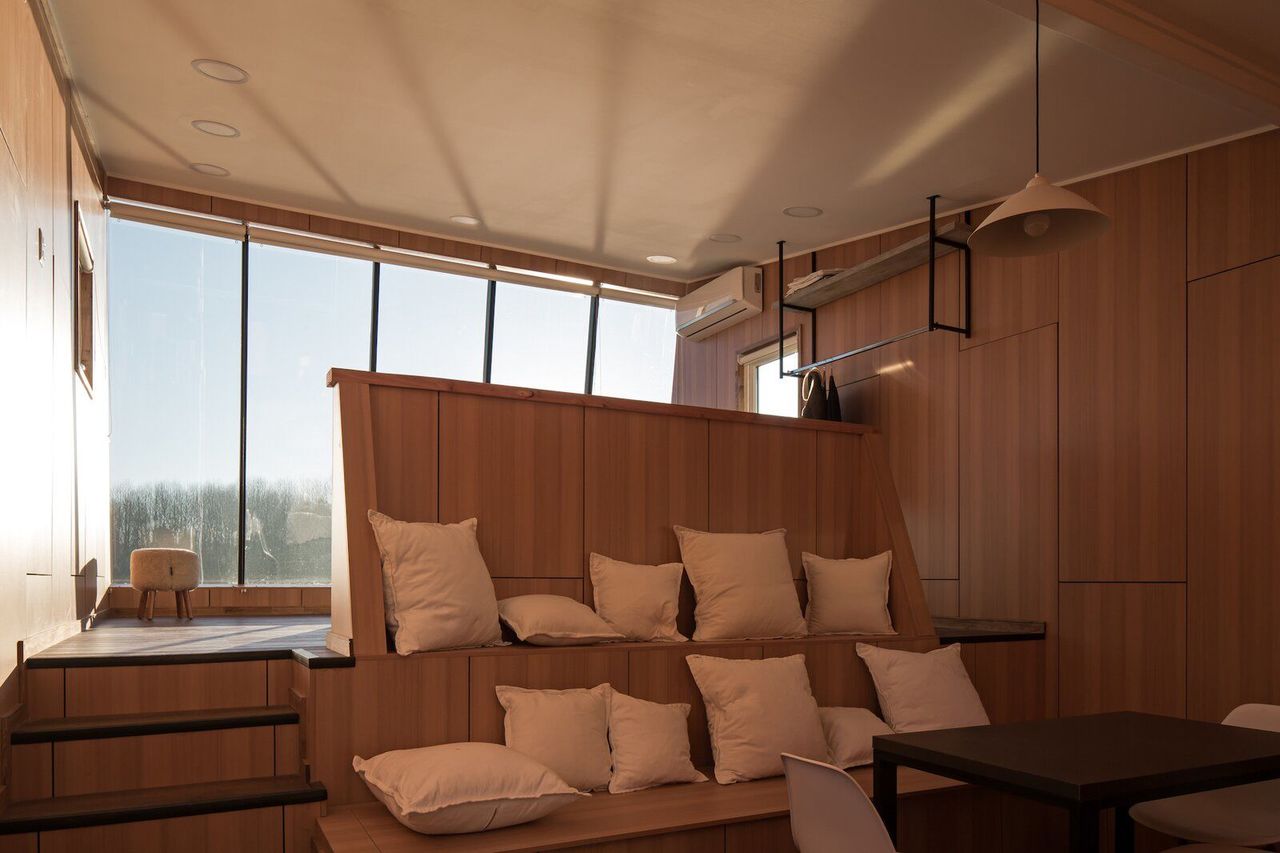 The cabin is primarily constructed from prefabricated metal plates that stand up to the rainy climate typical of areas in southern Chile. Inside, plywood cladding creates a cozy atmosphere and a feeling of refuge. This sense is heightened by the relationship between the interior and the river-the large glass wall allows occupants to feel as if they are floating on the water. 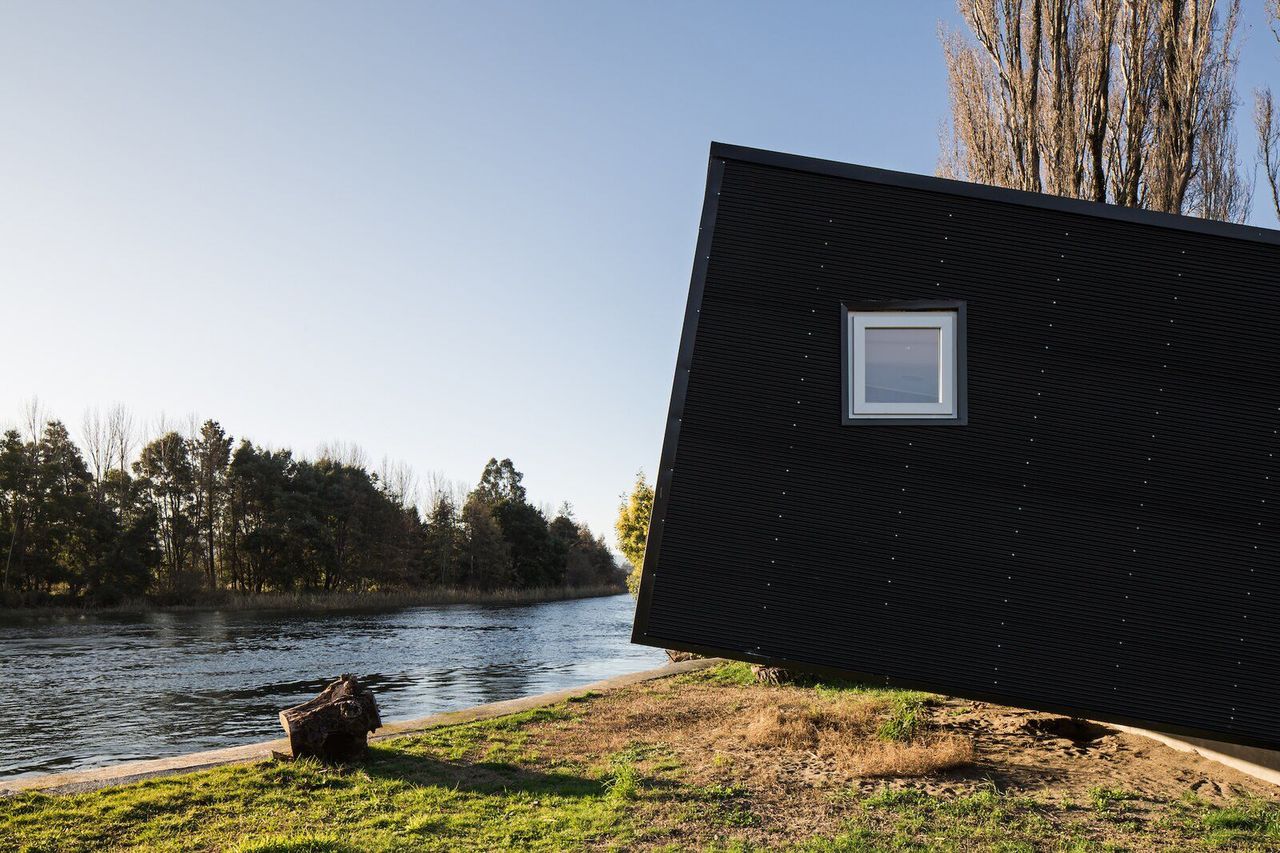 "There is a state of absolute contemplation through the bedroom and study," says Westermeier Castillo. "It’s a space that leads to calm, and it’s my favorite part of the cabin." 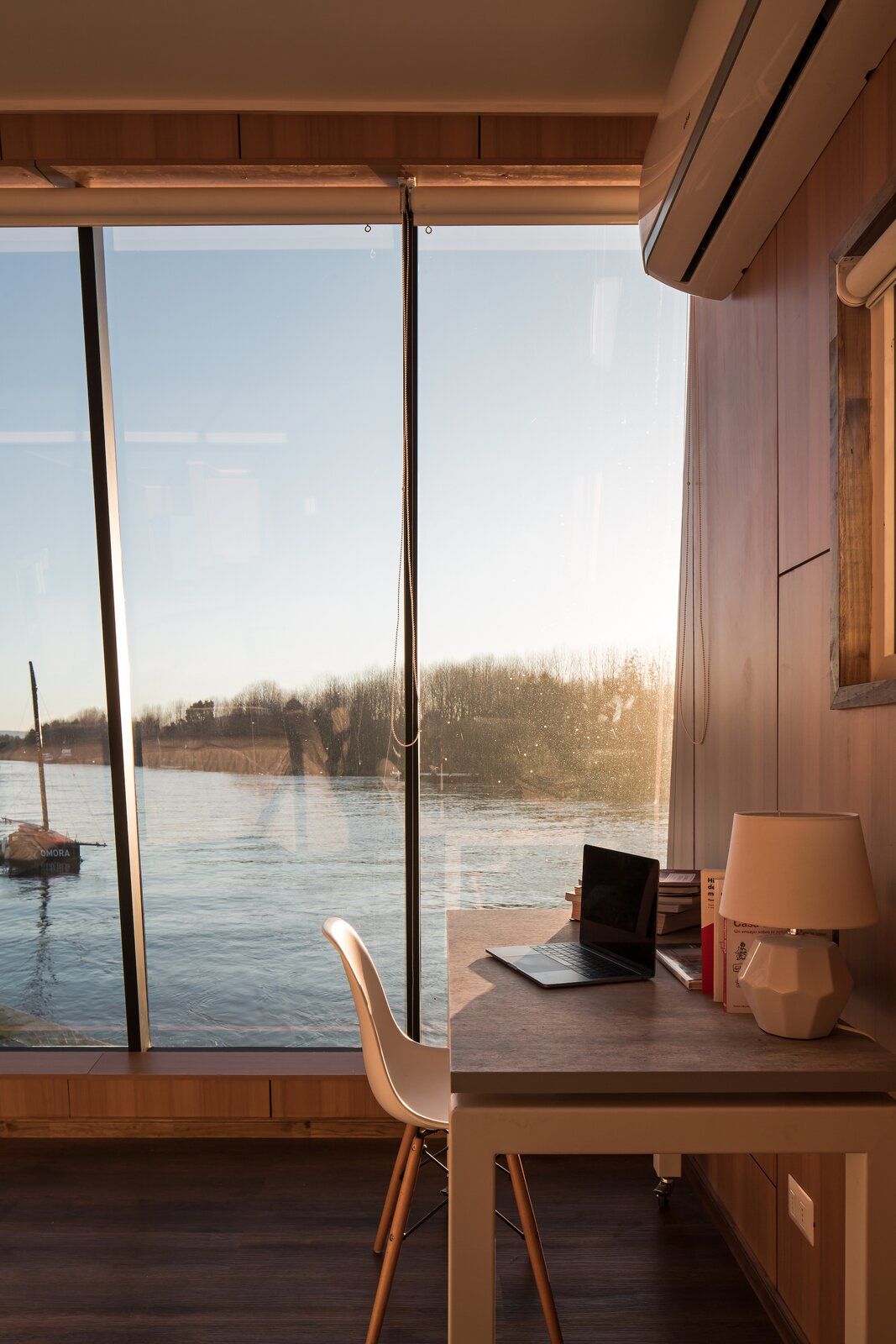 One of the firm’s biggest challenges was siting of the volume so that it didn’t obstruct views from the existing buildings. The cabin also needed to be extremely structurally stable, as the region is prone to earthquakes. 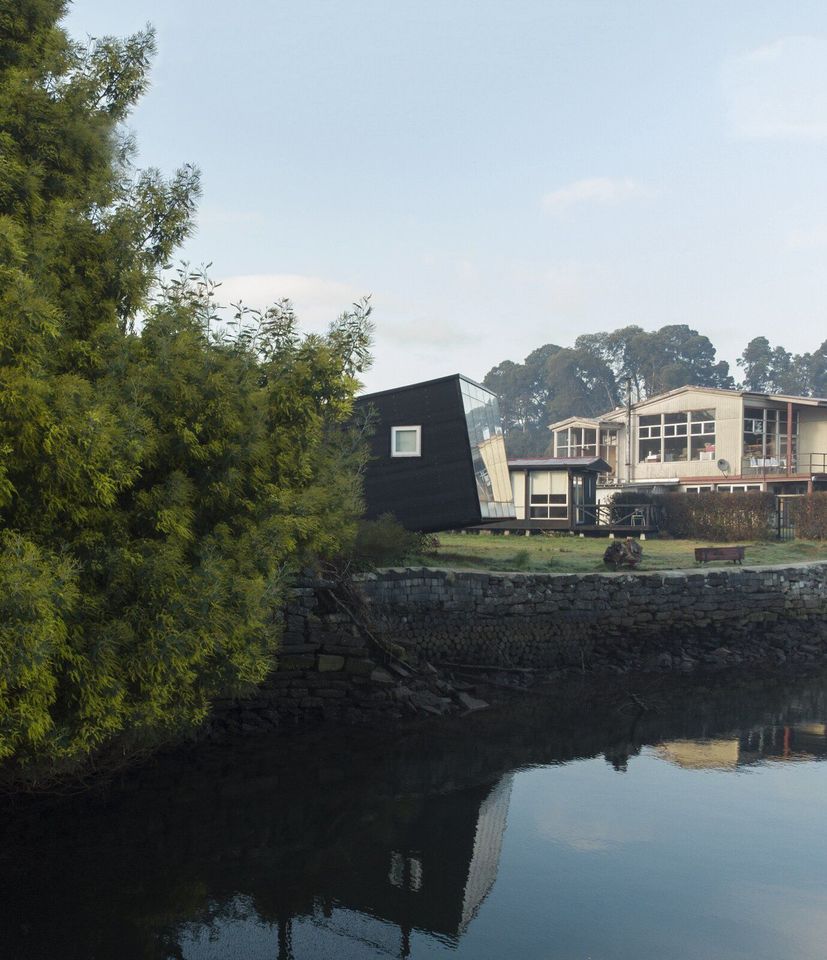 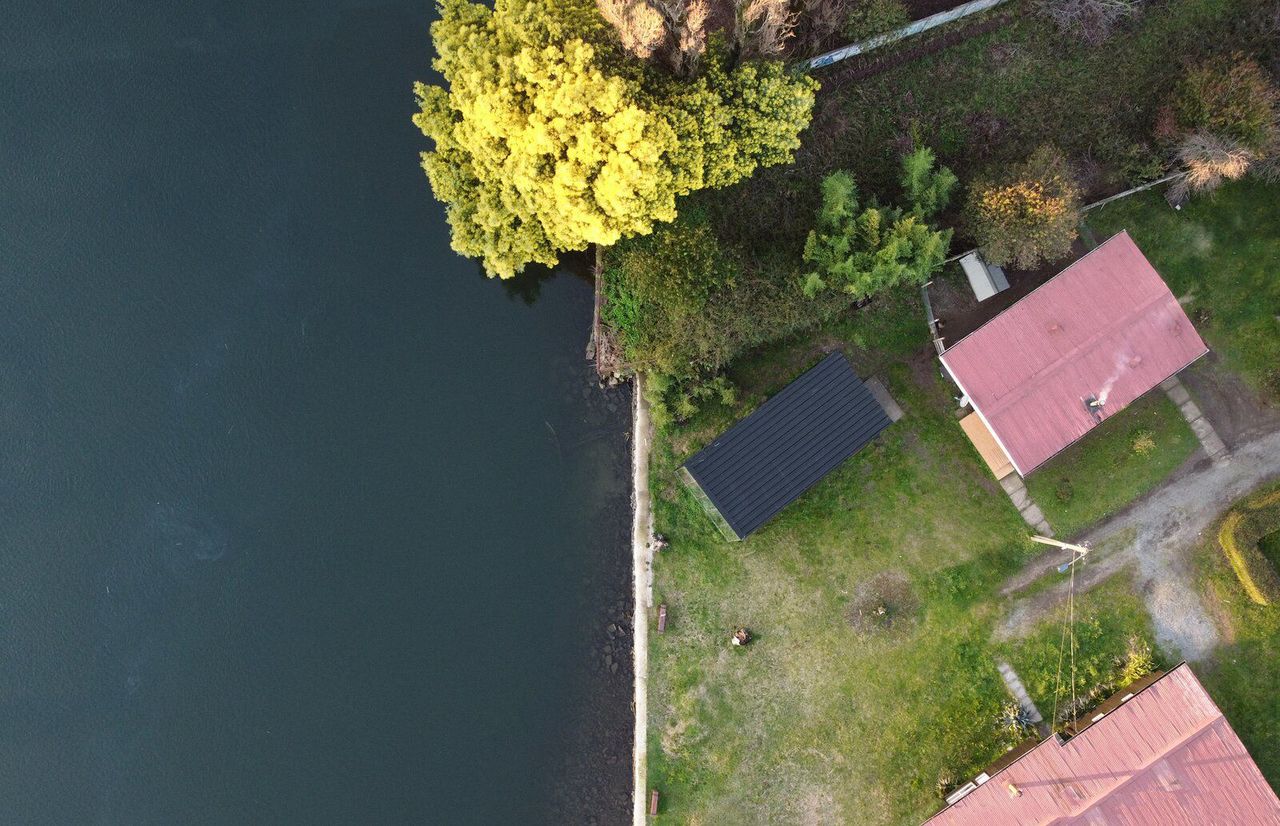 "The results of this project were better than they expected, and today the cabin is highly requested by visiting professors," says Westermeier Castillo. "As it’s a building for an educational center, it is important to put ideas on the table, to explore, and to dare to experiment with other ways of living." 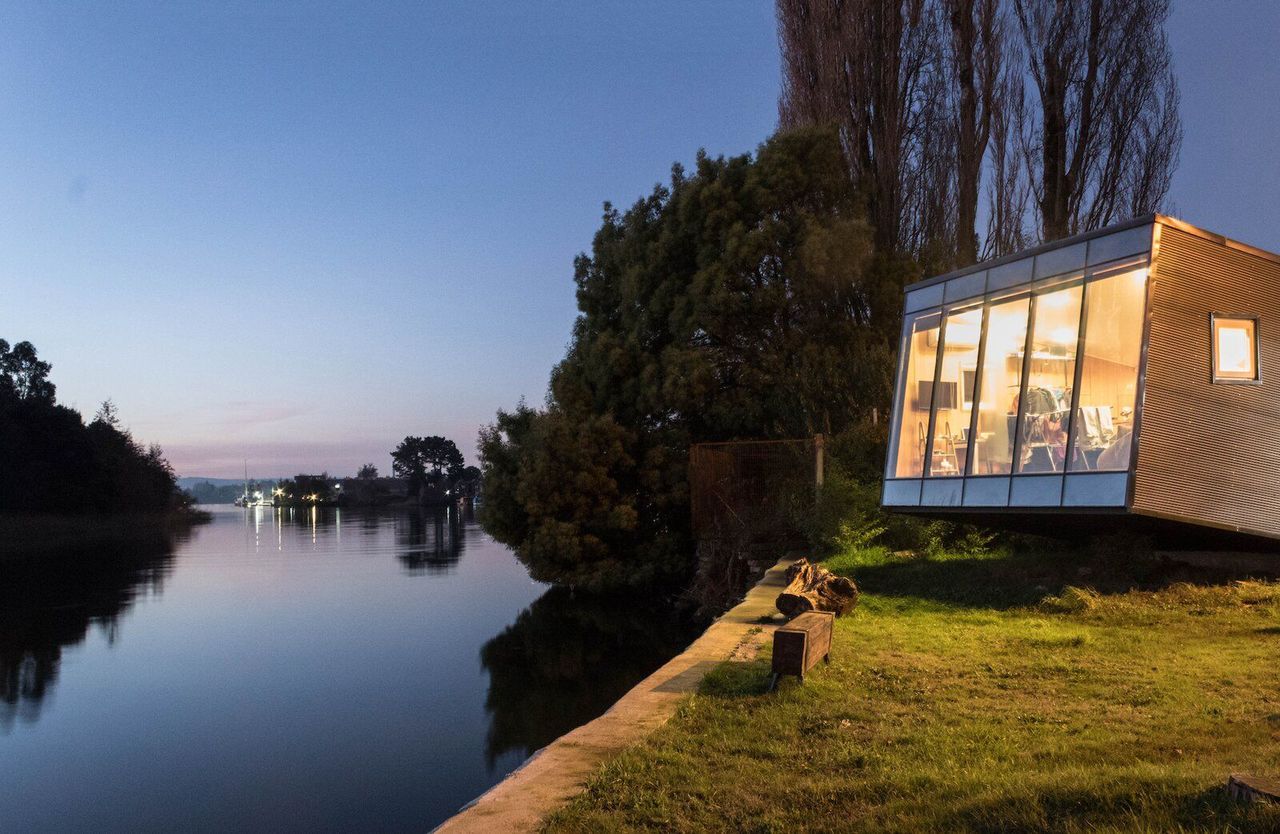 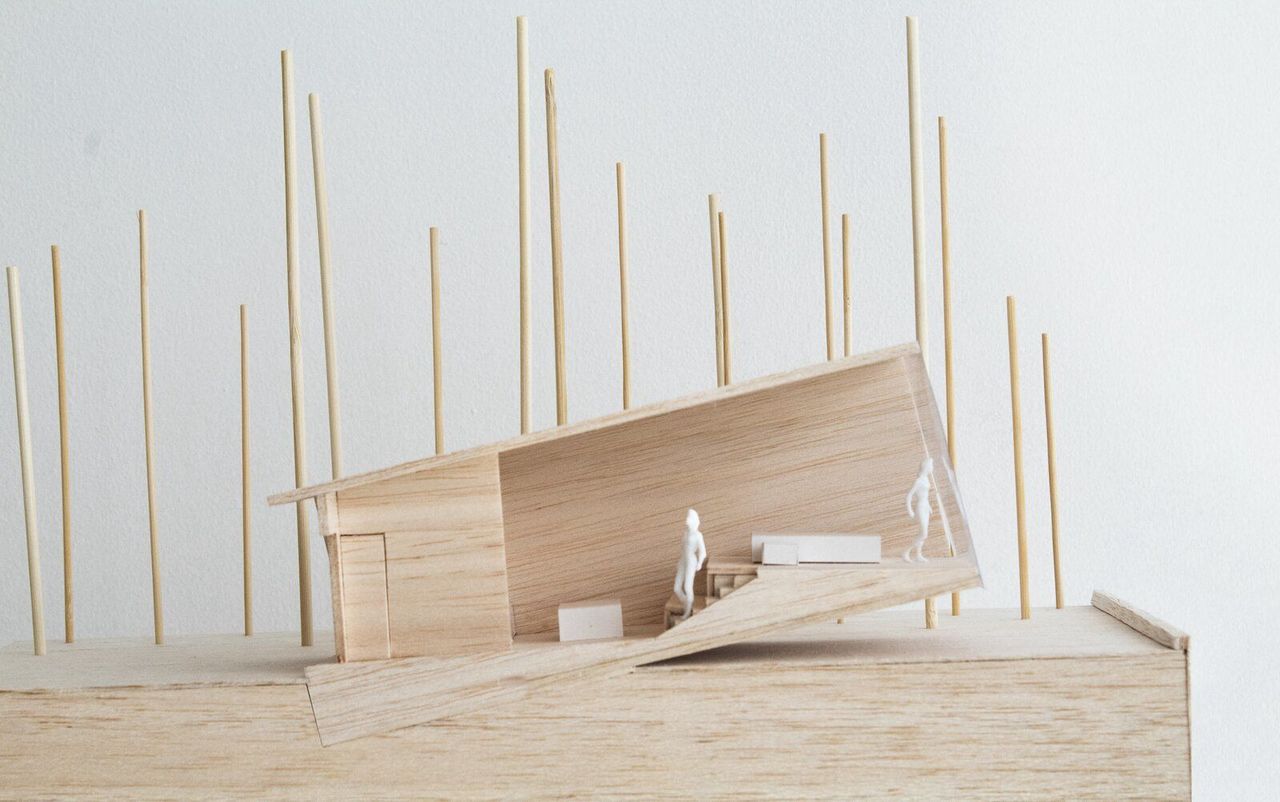 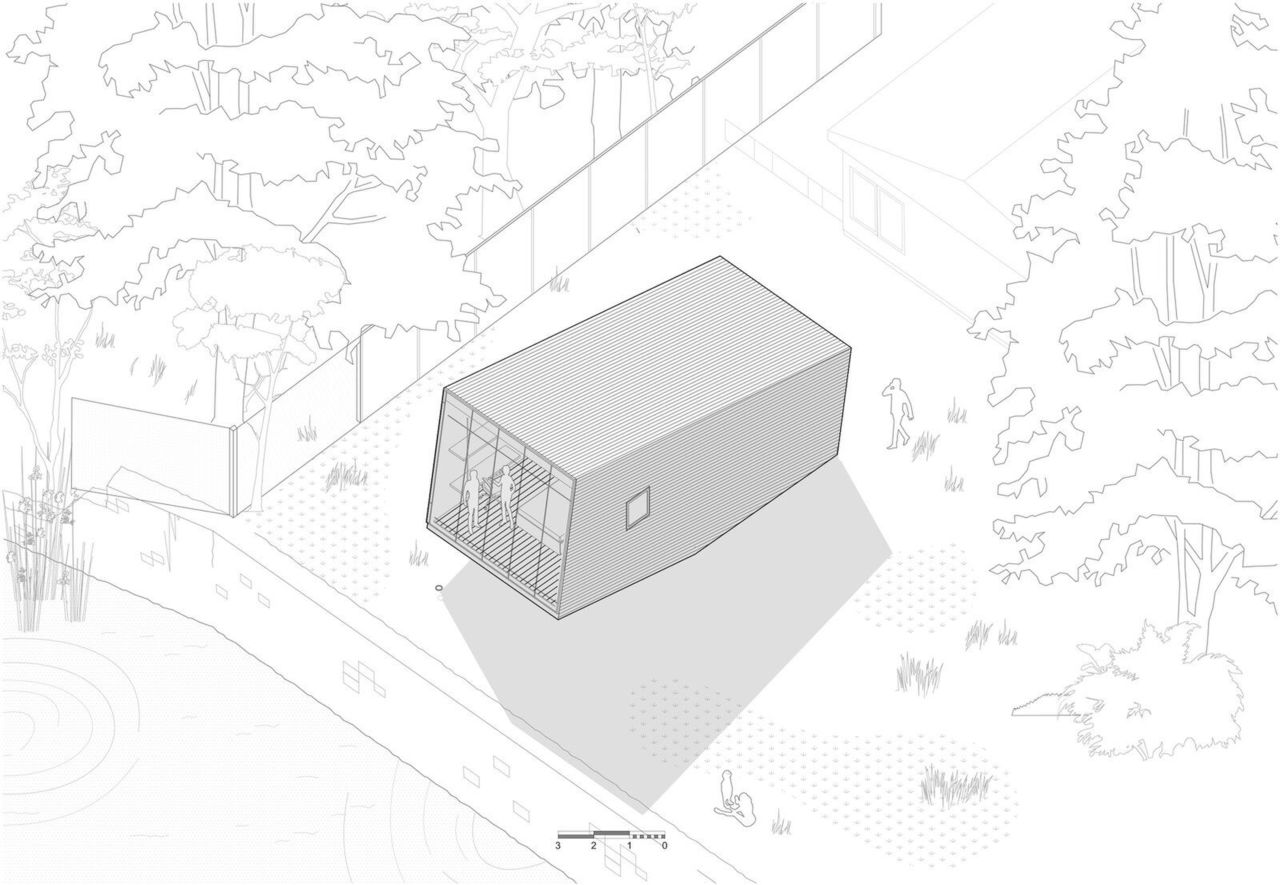 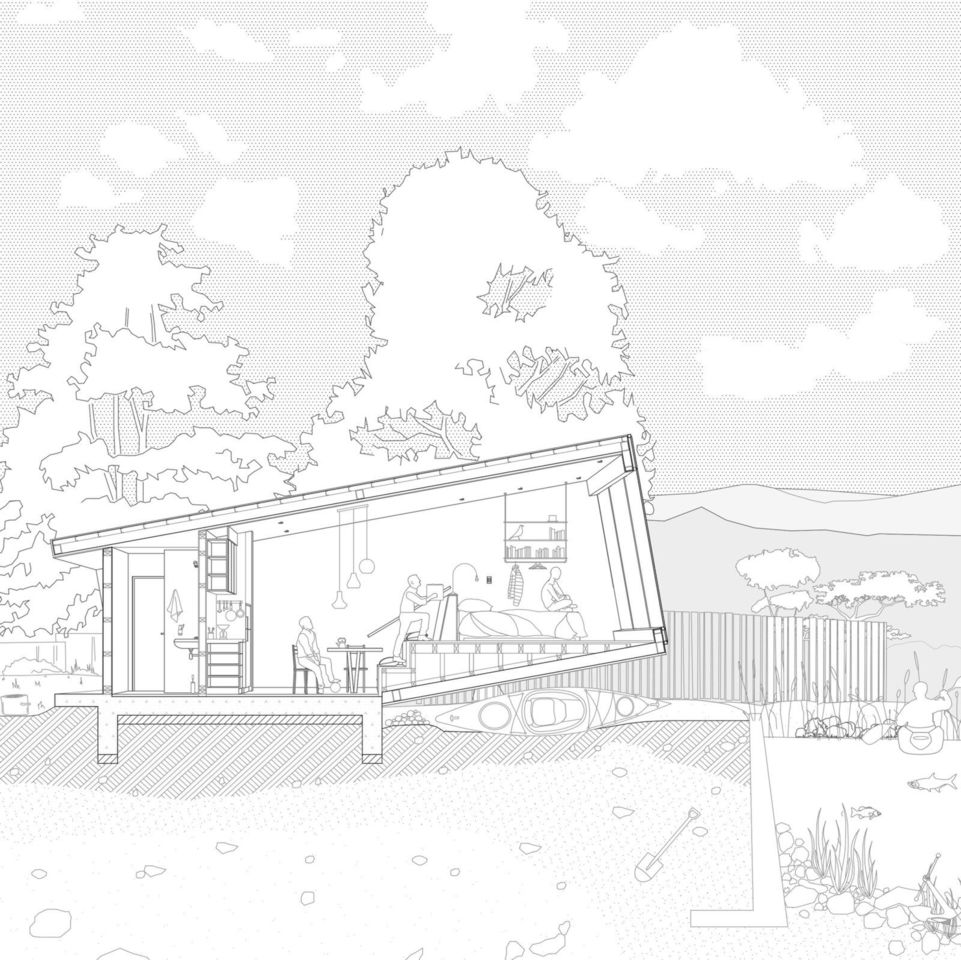 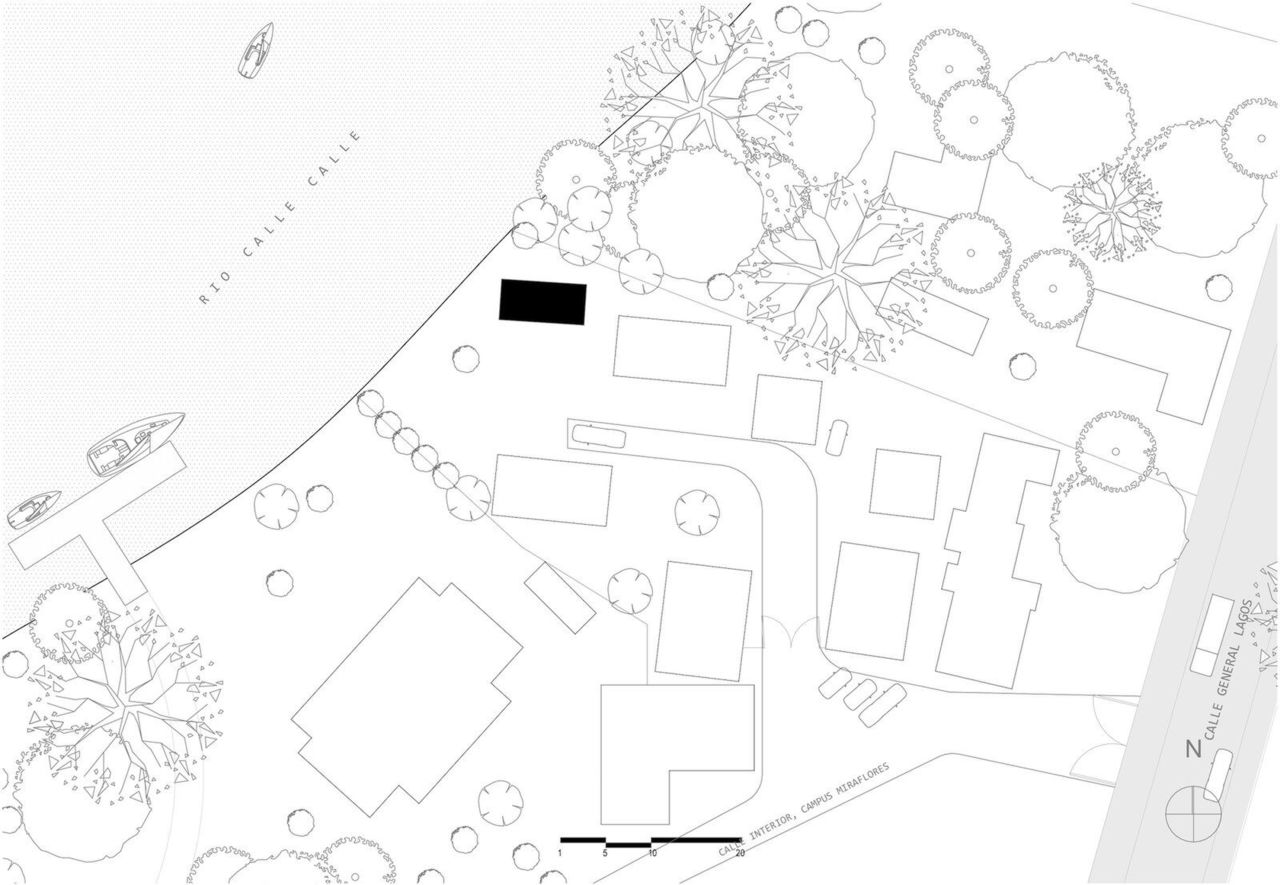