From bold eyes to sleeked back hair, the Fall/Winter 2022 shows have been full of exciting beauty trends. Here are some of the best trends of the runways.

As seen on the Fall/Winter 2021 Haute Couture runway, natural makeup has been a staple in the Fall/Winter 2022 shows. Max Mara employed the au natural look for its show, pairing plain faces with a mix of furry jackets, balaclavas, and flowing skirts and pants. Fendi also opted for the fresh-faced look in its show, adding to the whimsicality and sophistication of the collection. Ever minimalist Chloé featured models in barely there makeup with an emphasis on healthy skin and dew around the eyes and lips. 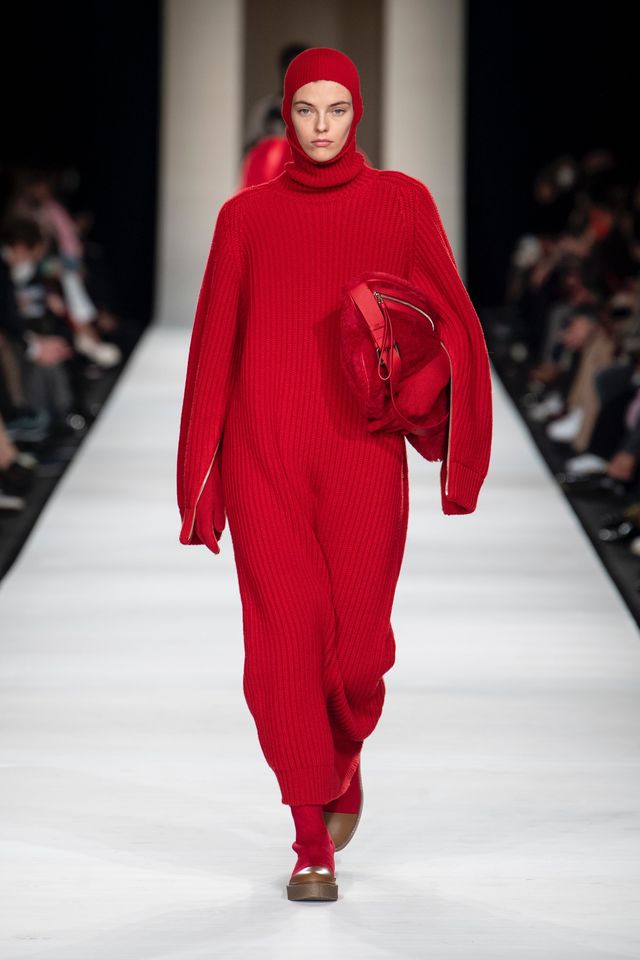 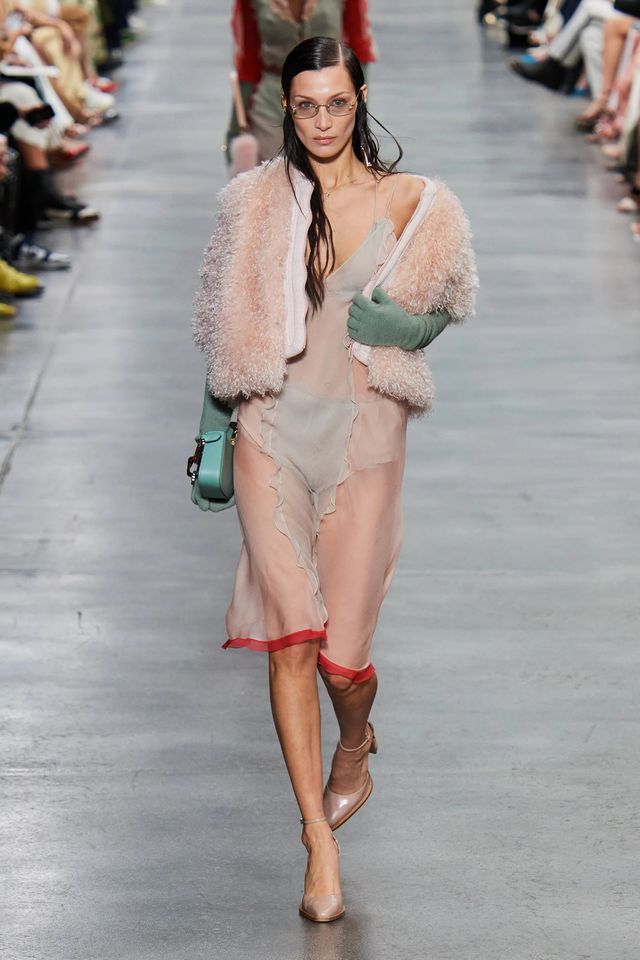 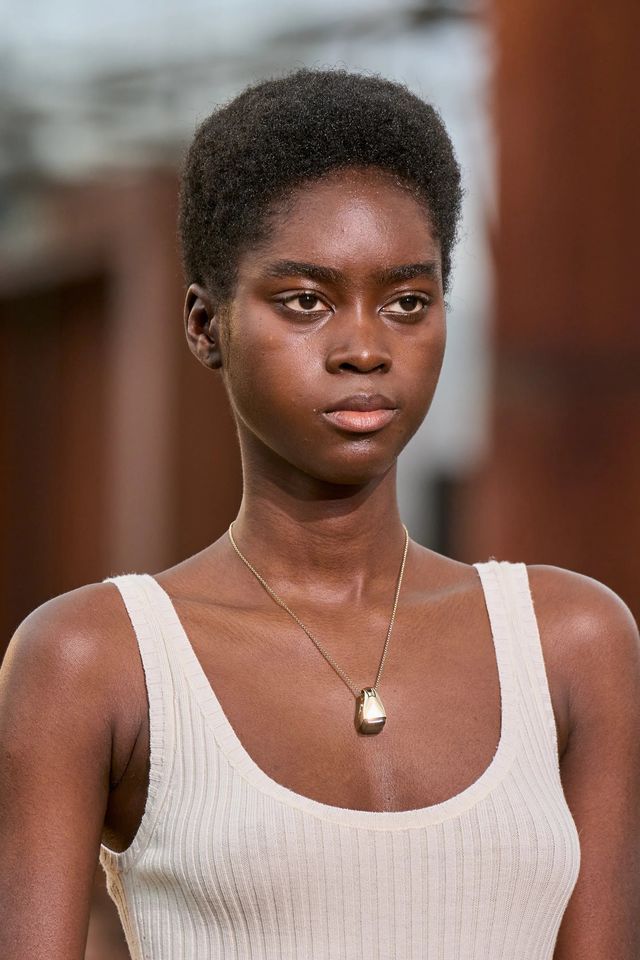 It's All in the Eyes

All-over lid looks were a must-have this Milan fashion week. Gucci debuted its Adidas collaboration alongside stunning metallic lids. Versace opted for the classic, a soft black lid to pair with its darker outfits in the collection. In Julia Fox fashion, Rick Owens models stunned in smeared charcoal shadow across the eyes. 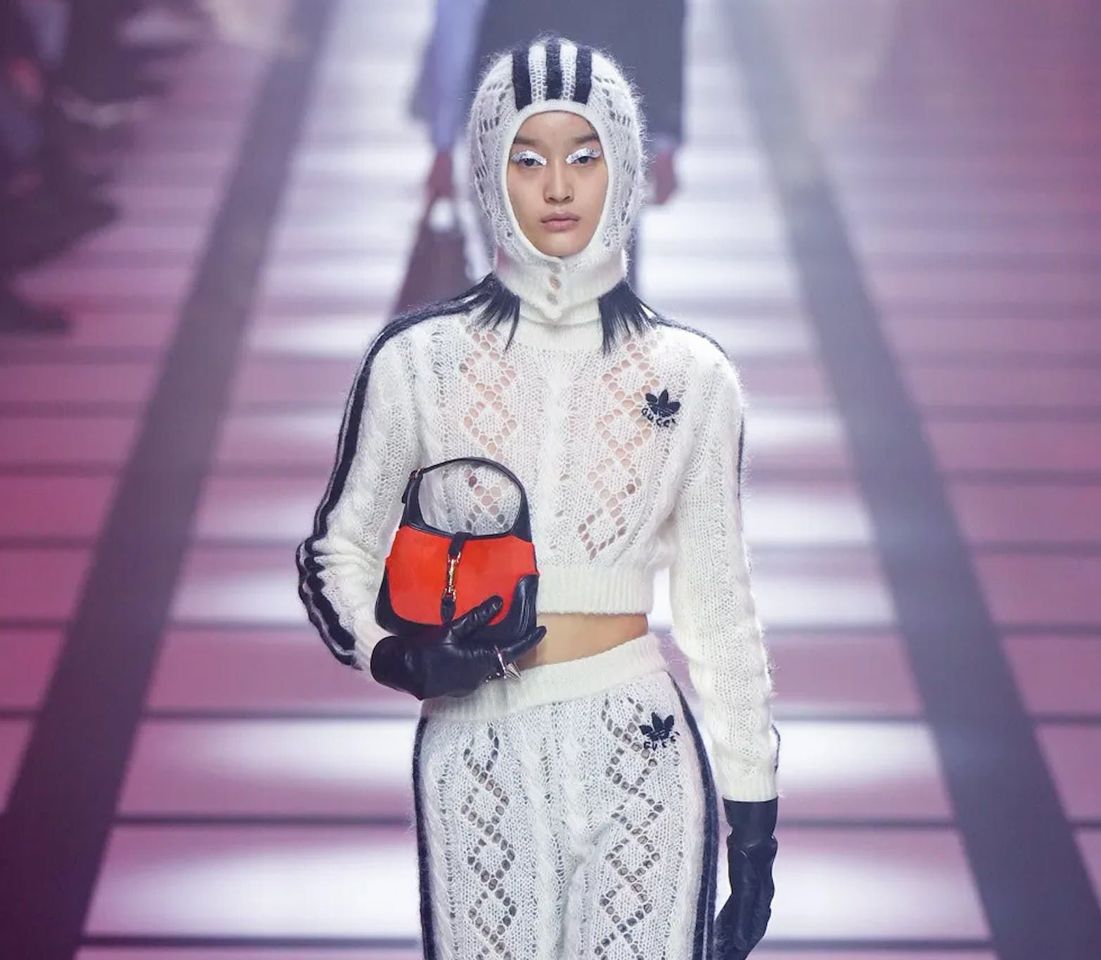 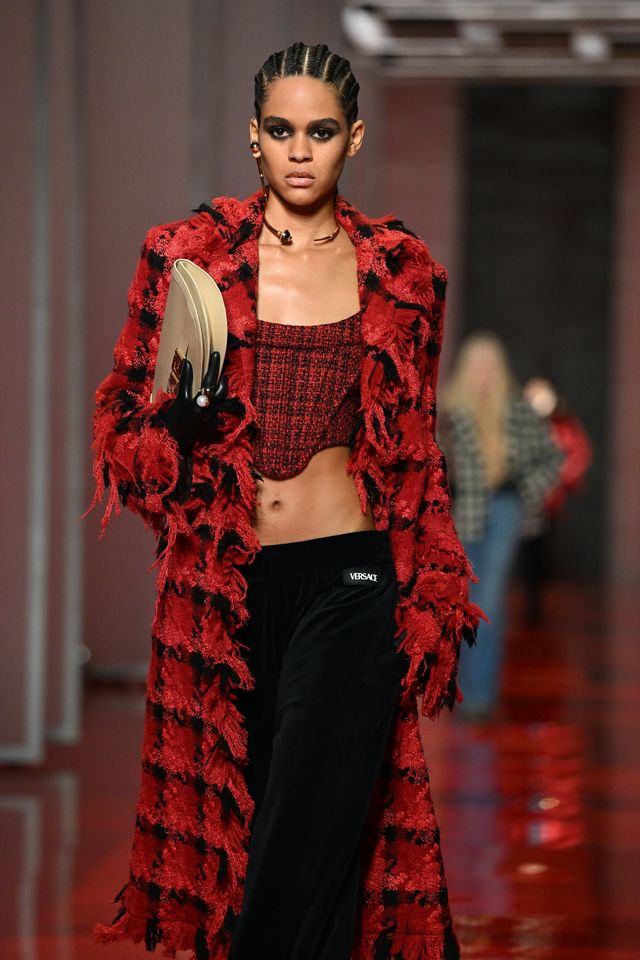 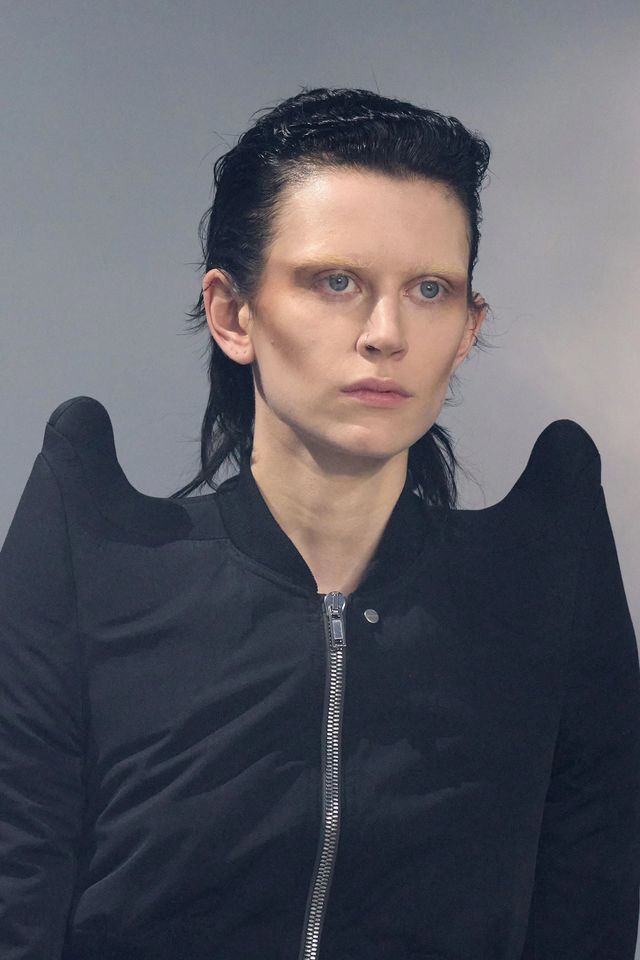 The tried-and-true runway look has yet to fade out of the mainstream, as designers opted for the classic slicked-back hairdo for their models to strut down the runway with. The look served as a perfect complement to the looks, sophisticated and chic but not too distracting from the garments themselves.

Prada arguably mastered the sleek look this season, sending all but a few of their models out with the tight, heavily gelled 'do as they gracefully walked down the runway. 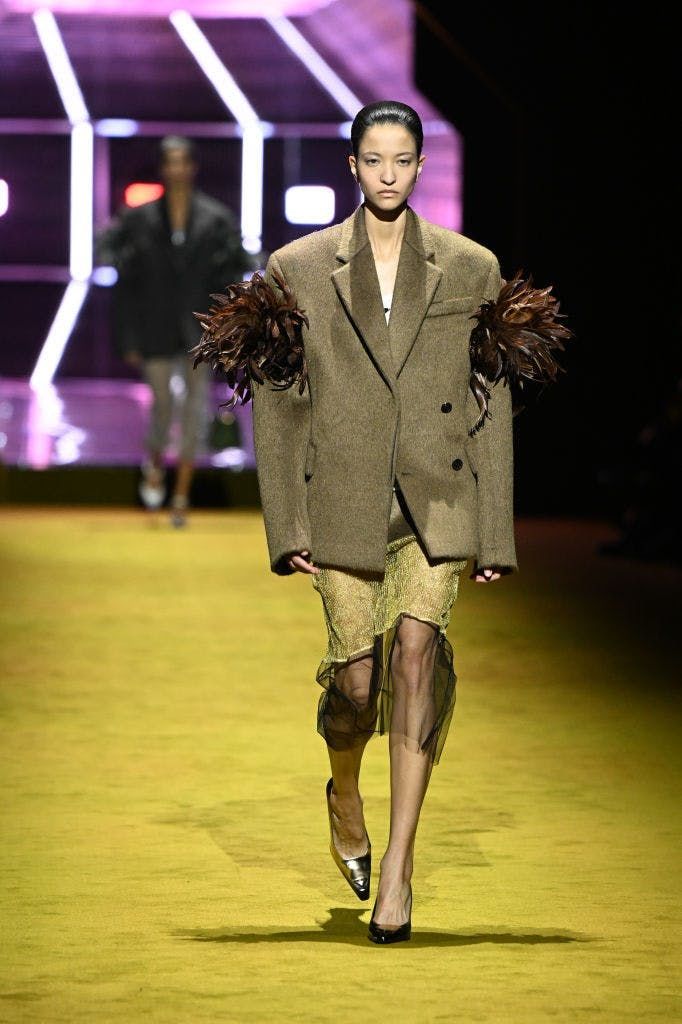 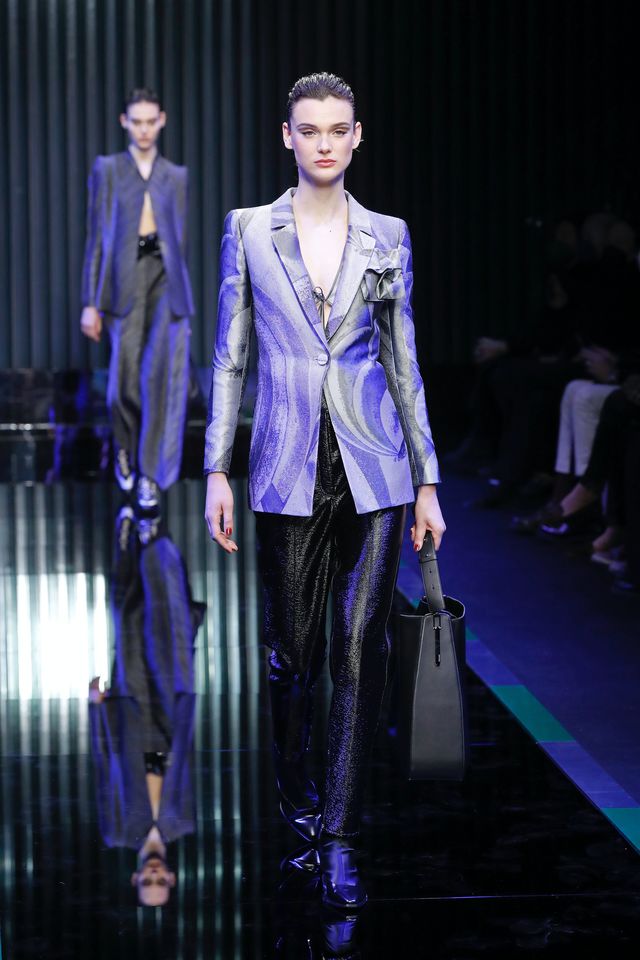 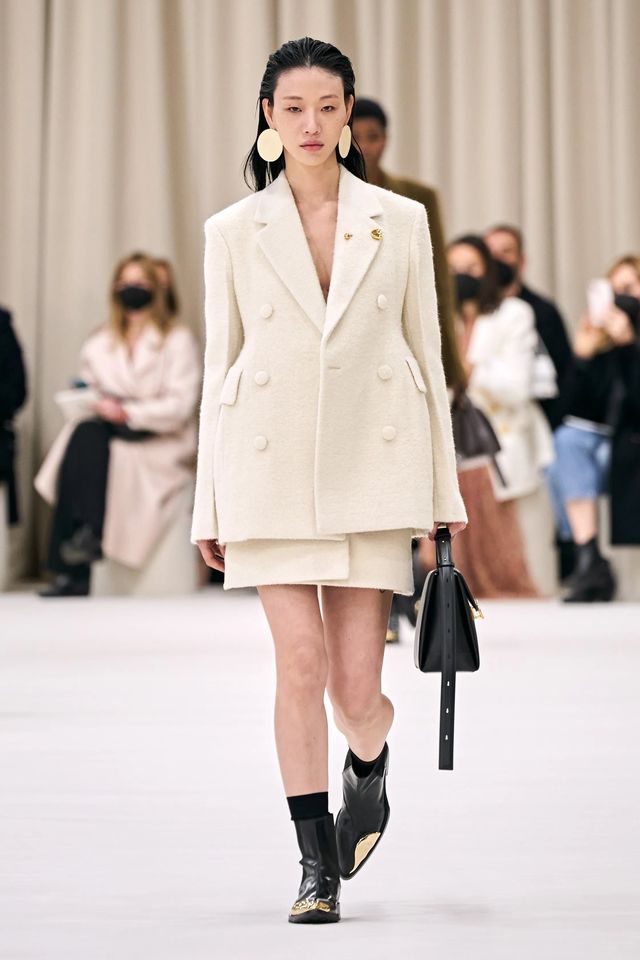 A simple cat eye and nothing else was a staple on the Fall/Winter 2022 runways. Featured on the models of Moschino and Bottega Veneta, this old Hollywood eye look was the perfect complement to the dramatic and enticing outfits shown by the designers. 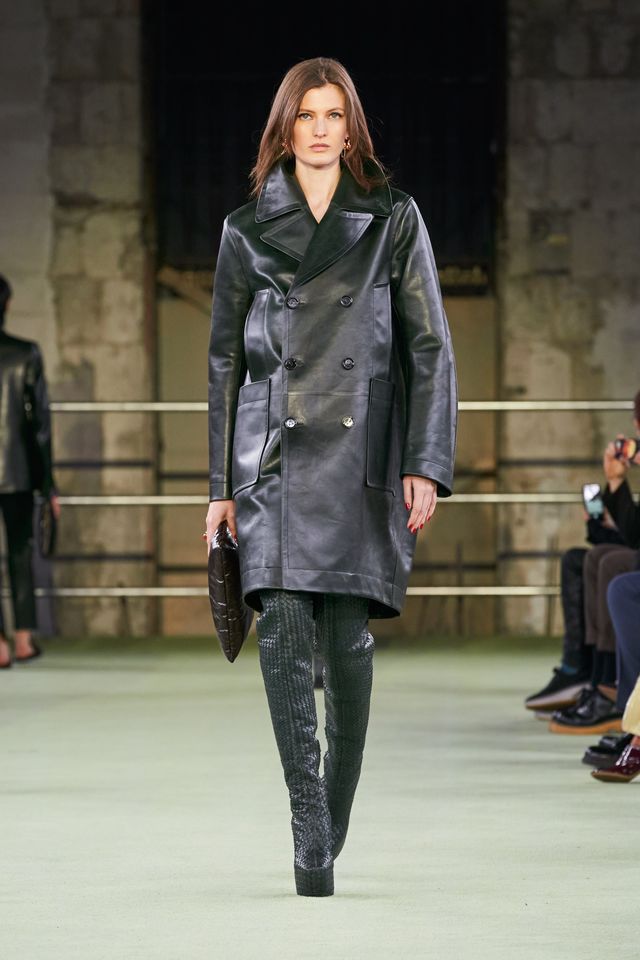 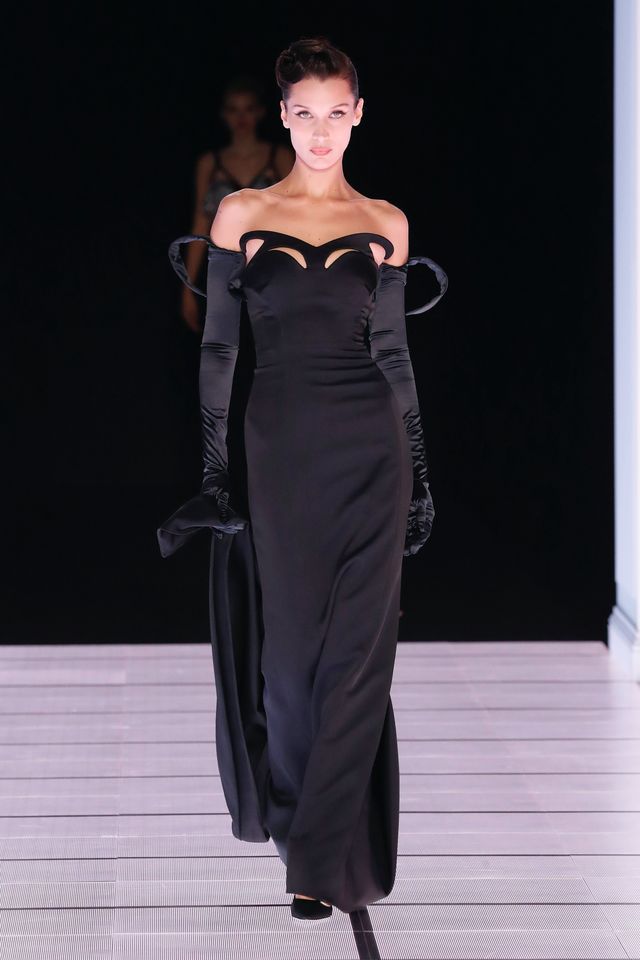 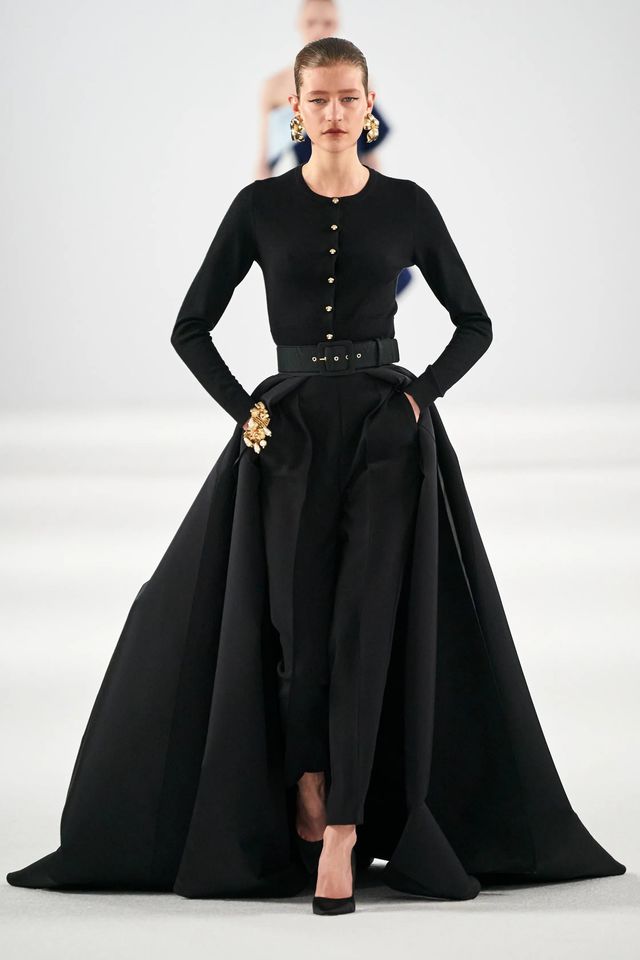 Bold lips and bold looks hit the runways yet again this season. Whether it was a classic red or something a bit more daring like purple—as debuted on Versace's runway, the bold lip remained the perfect accessory to a daring outfit. An edgy and editorial take on the trend was seen from Balmain, as models were sent down the runway with a bold lip cuff reminiscent of a lip piercing. 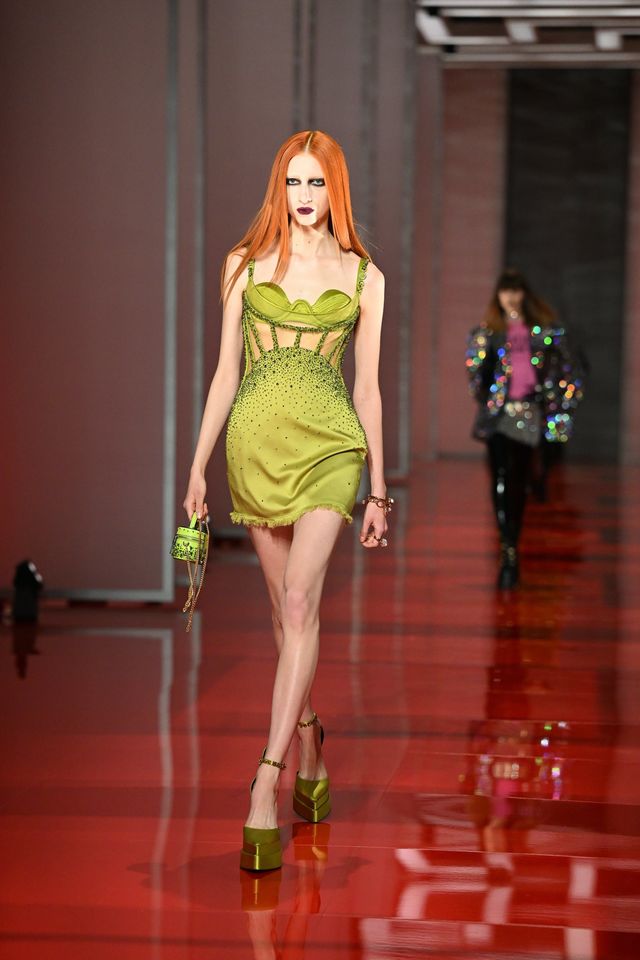 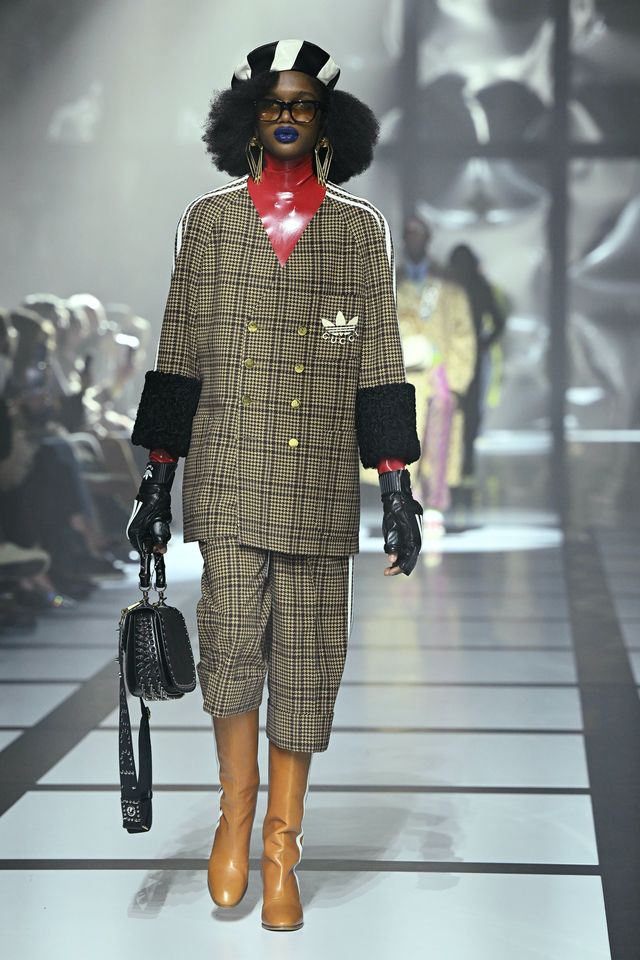 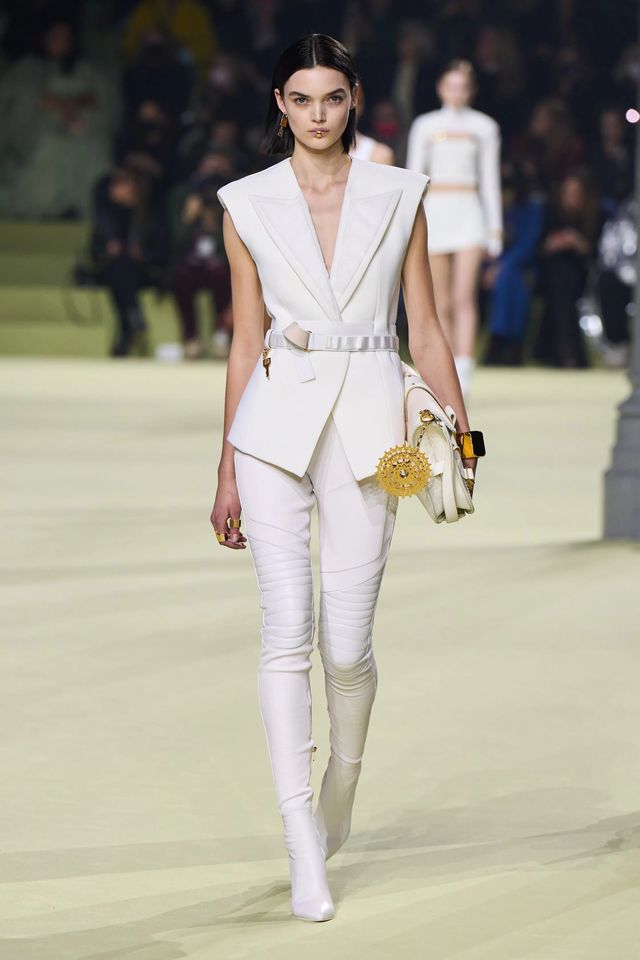 Thinking of hopping on the bang trend? Well, the runways in Milan certainly did. Front-facing and curtained, the hairstylists sure had fun creating different lengths and fullness. Missoni had a mix of the famed do, pairing micro bangs with crew cuts and bowl cuts and wavy front-facing bangs with long, wavy locks. MM6 Maison Margiela also implemented bangs into their runway looks, opting for fuller bangs to create a close-cropped, sleek look. 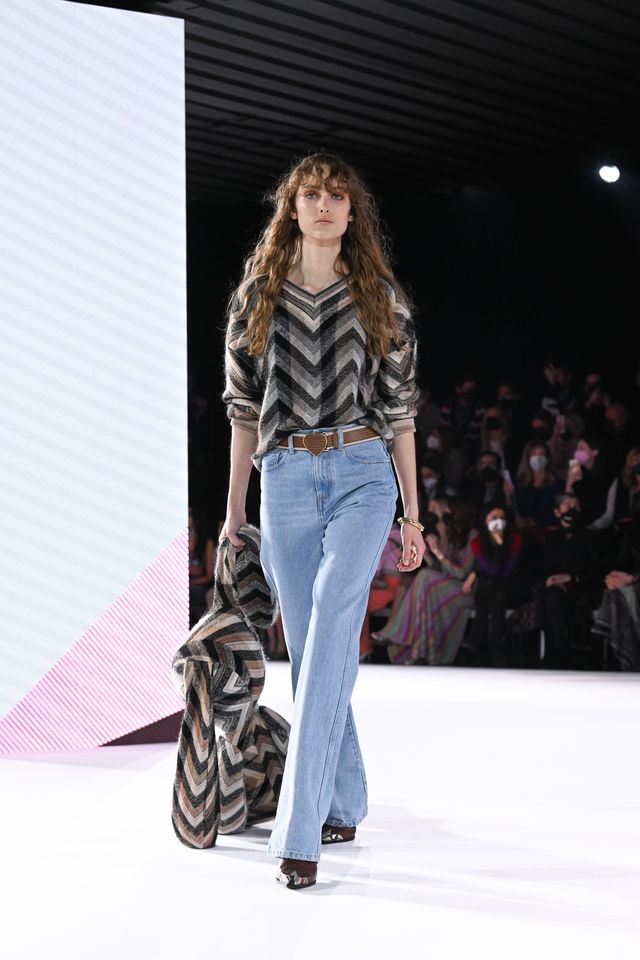 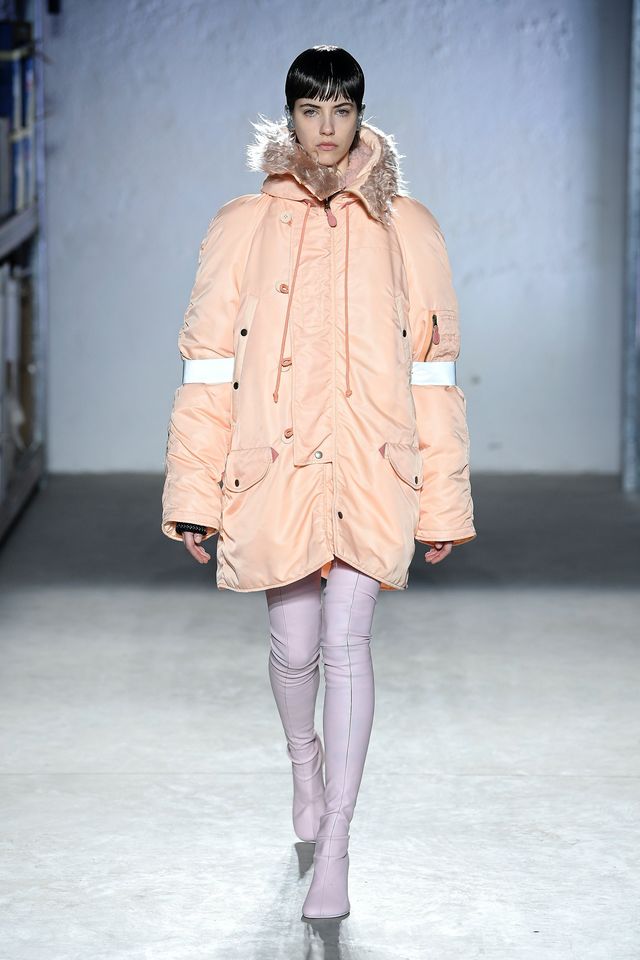 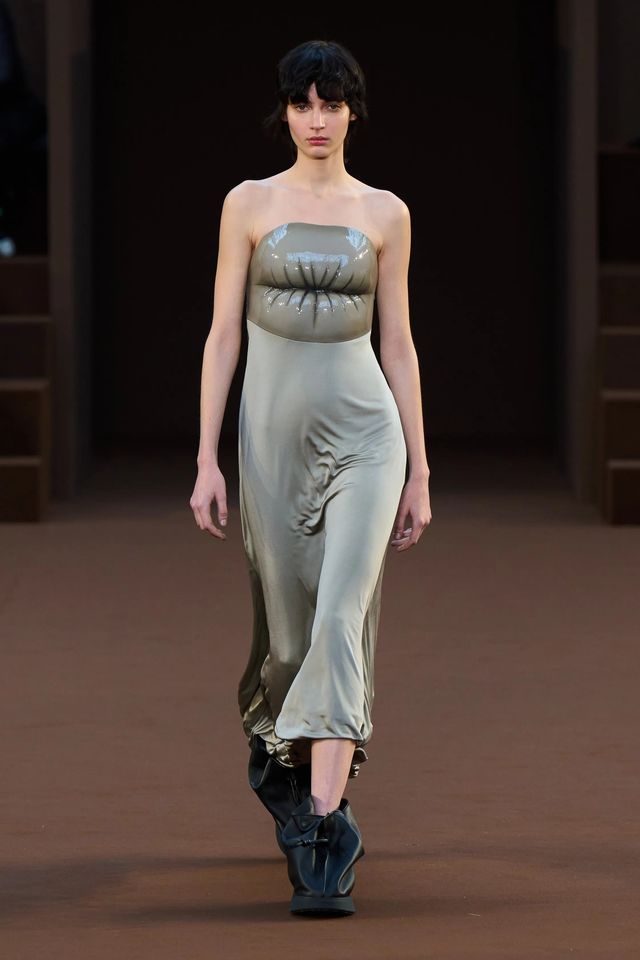 Although they may not be noticeable on the runway, the nail art across all of the different fashion weeks has been beautiful for the Fall/Winter 2022 season. Christian Siriano opted for a blue-toned swirl design that gave off a whimsical feel. Markarian enlisted the help of glamor from the Jazz Age for the pearl-embellished nail looks featured on the runway. Brandon Maxwell used "LL" nail stickers to bring his late grandmother to his show. 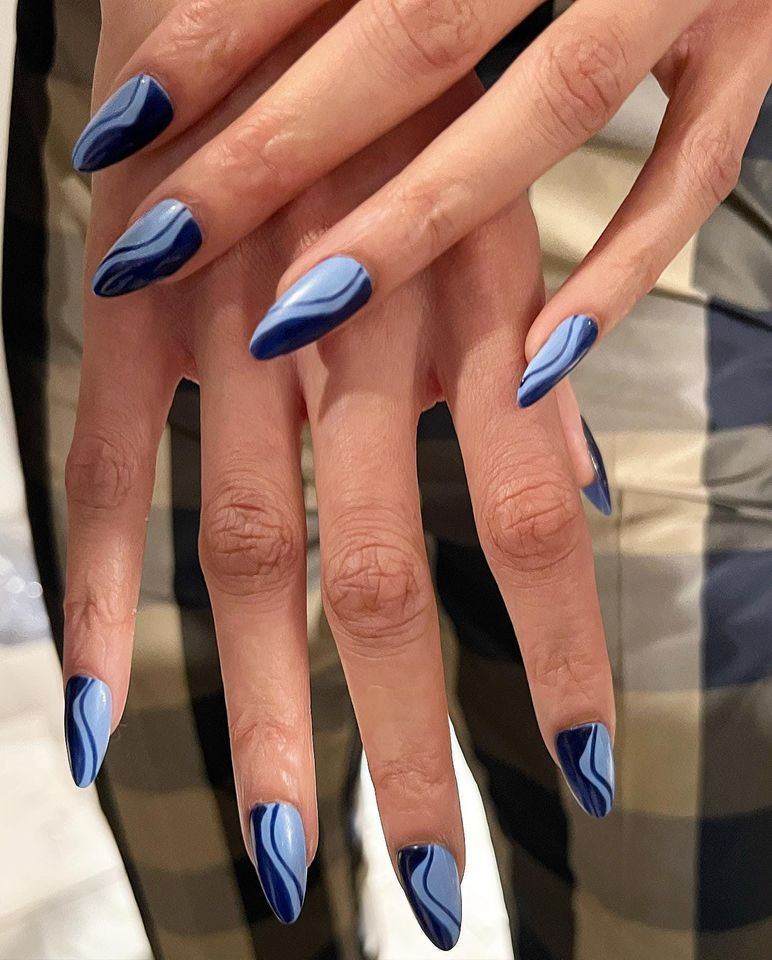 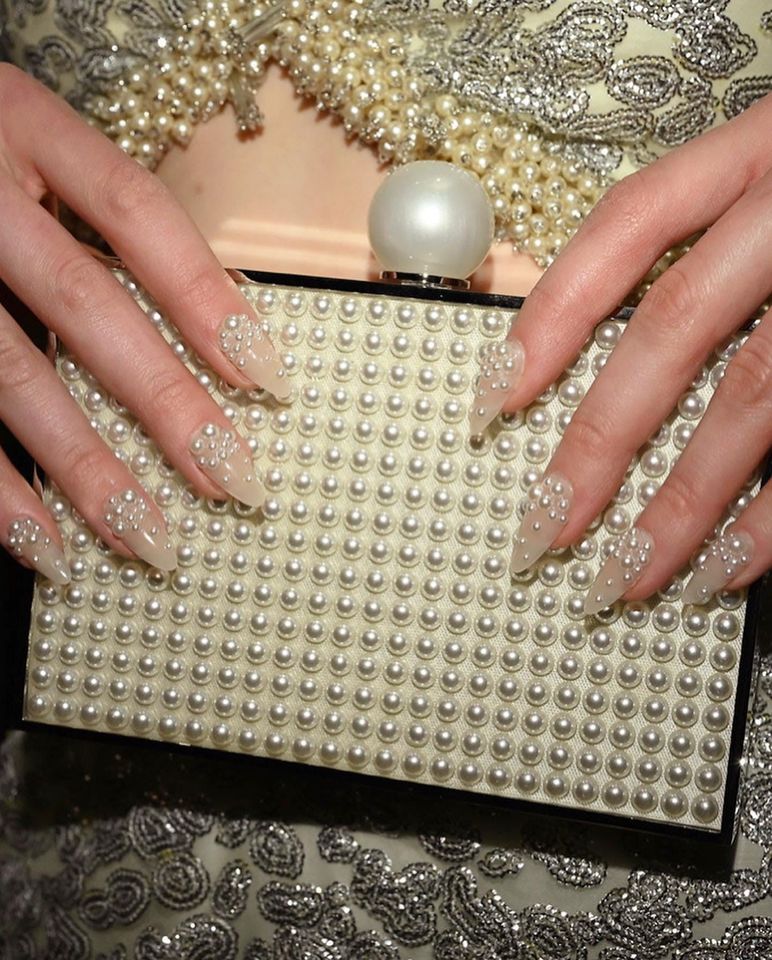 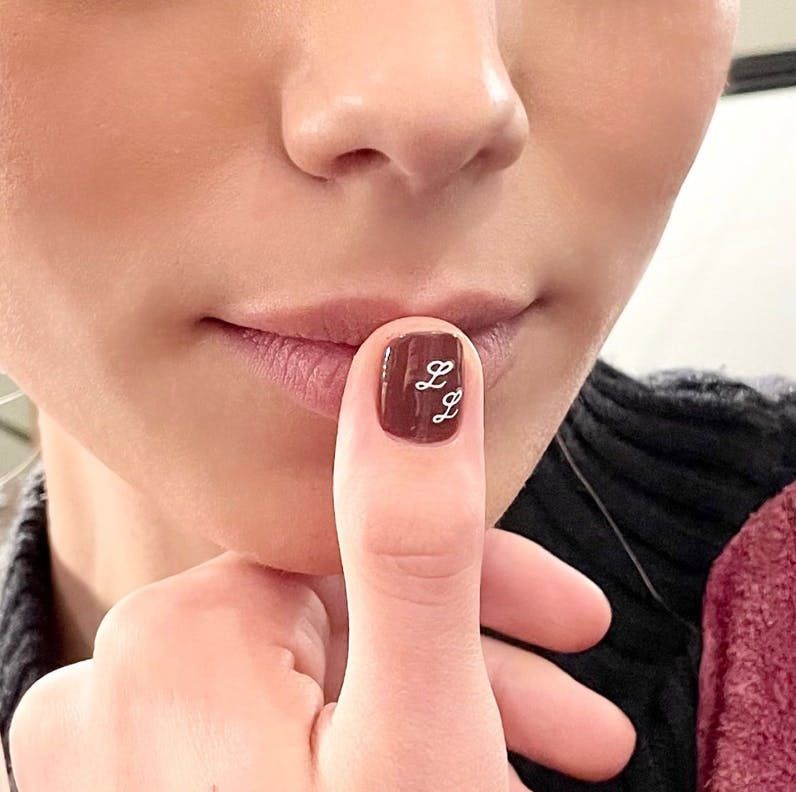 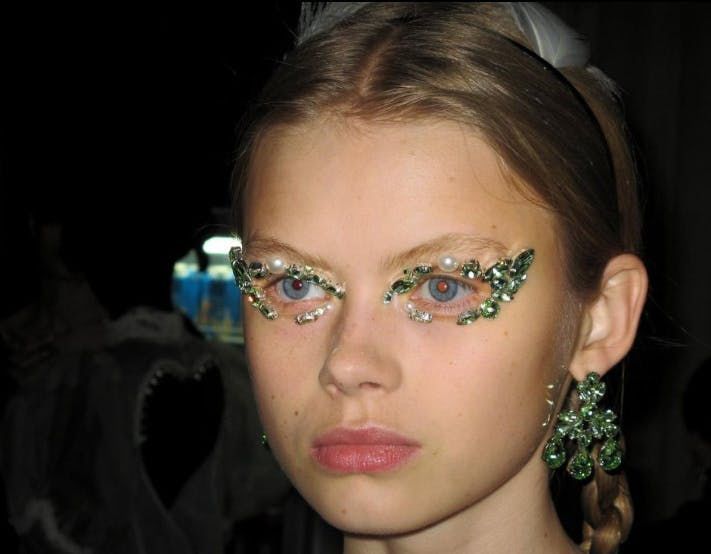 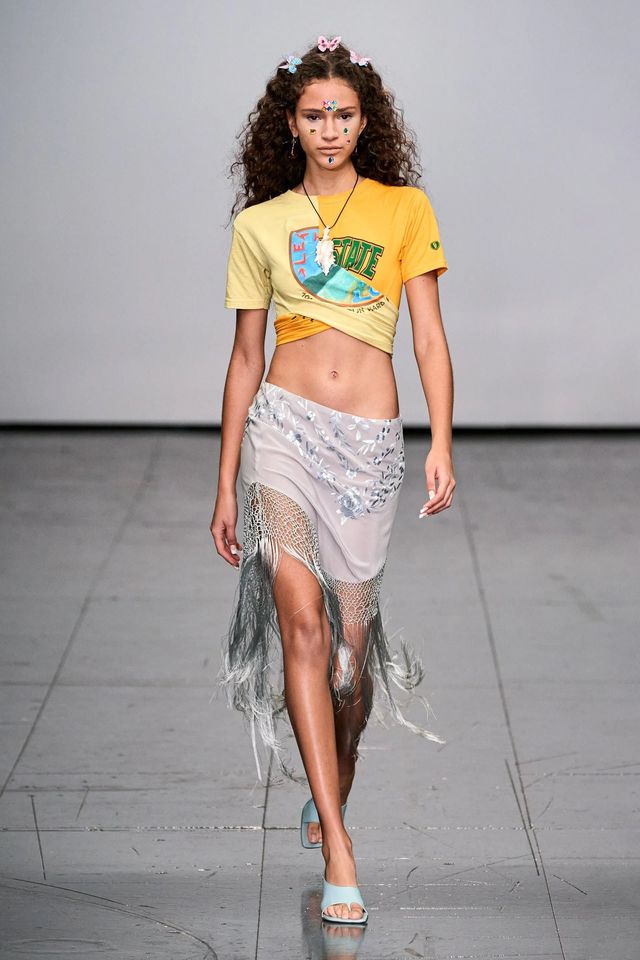 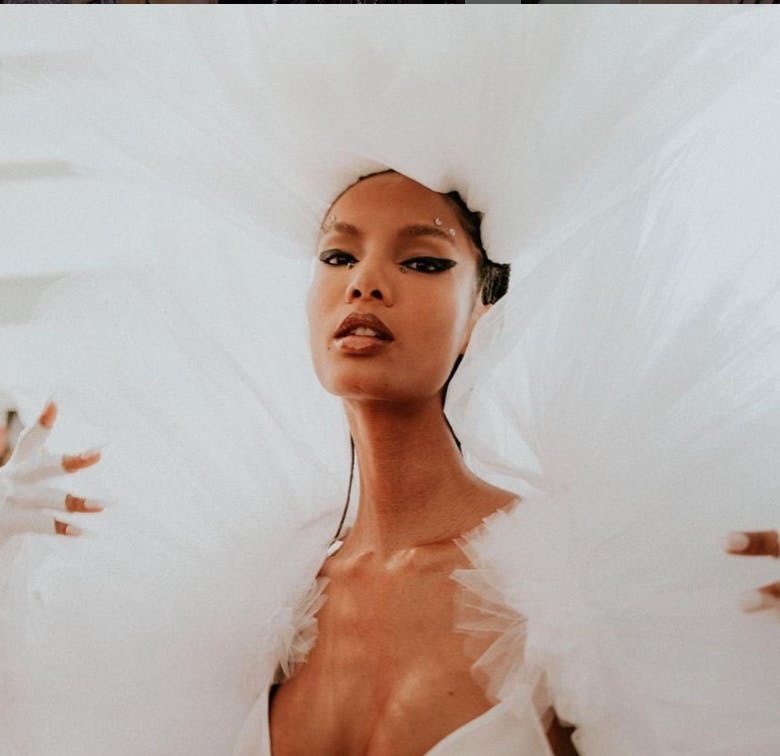 Bleached eyebrows are a trend that has cycled in and out of the runways for a few years now. Although it's a highly controversial beauty trend, some of the top fashion houses took the challenge and brought the look back this season.

Versace played into the looks from old Italian glamor and made some of their models' brows unrecognizable. Gigi and Bella Hadid had the two most notable bleached brows as their brows were practically invisible as they walked in the show. Richard Quinn employed bleach brows, but in a lighter way. Models, such as Lilia Moss, walked down the runway with incredibly blonde brows. They were still noticeable, unlike Versace, and gave an interesting look to the otherwise plain makeup. Viktor & Rolf had the same style as Richard Quinn. Models had a subtle bleach brow job, and it provided a blank canvas for the darker hues in the makeup look. 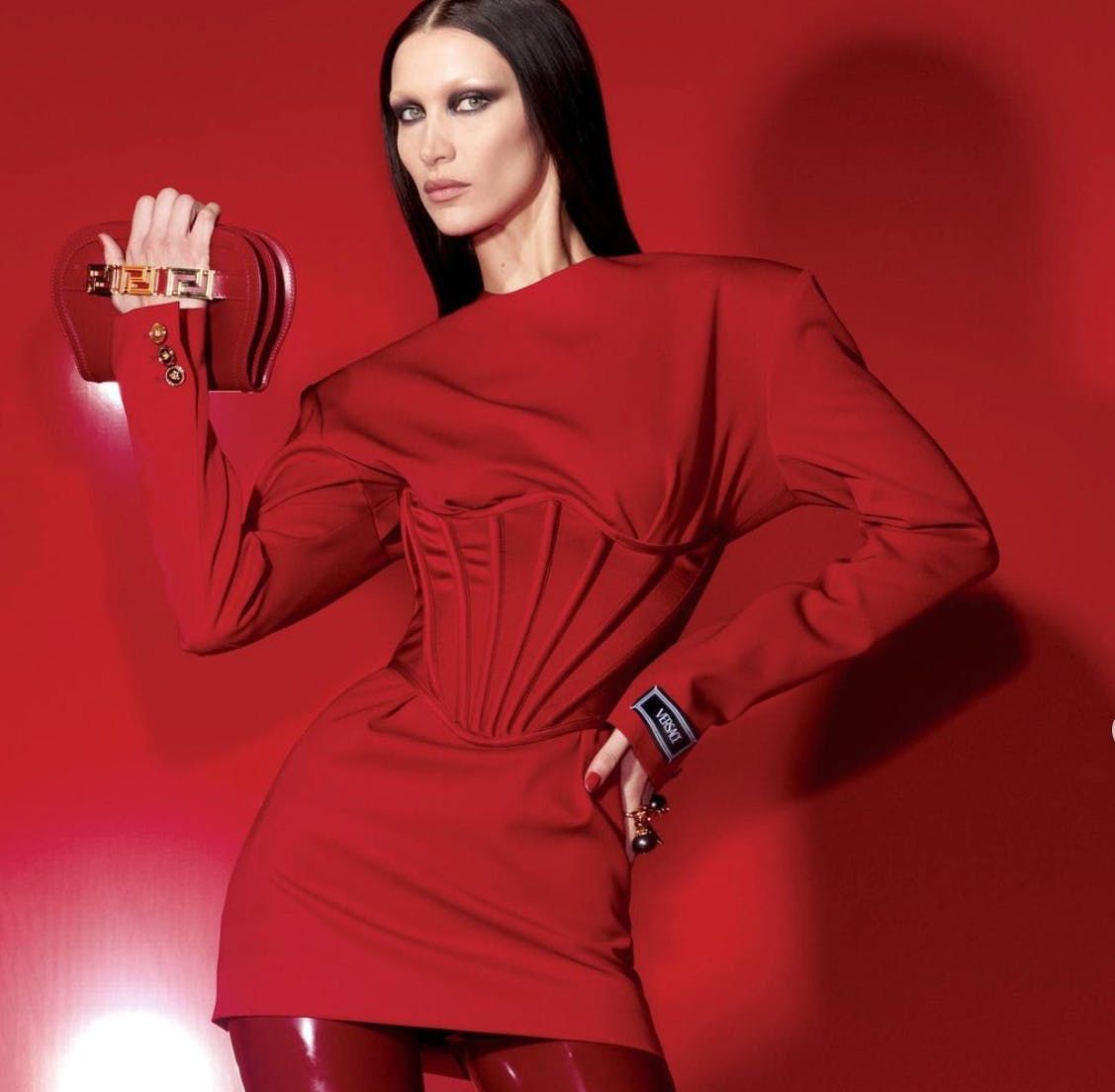 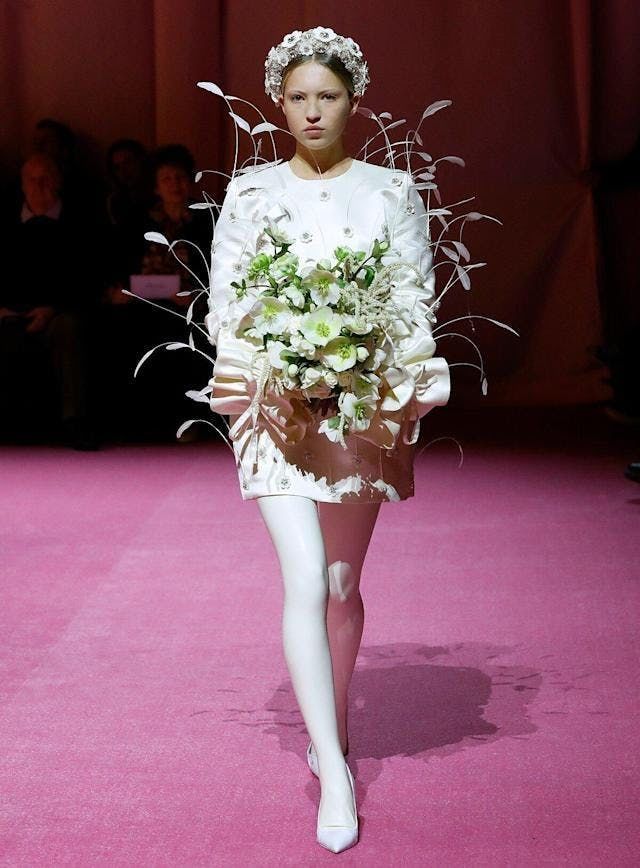 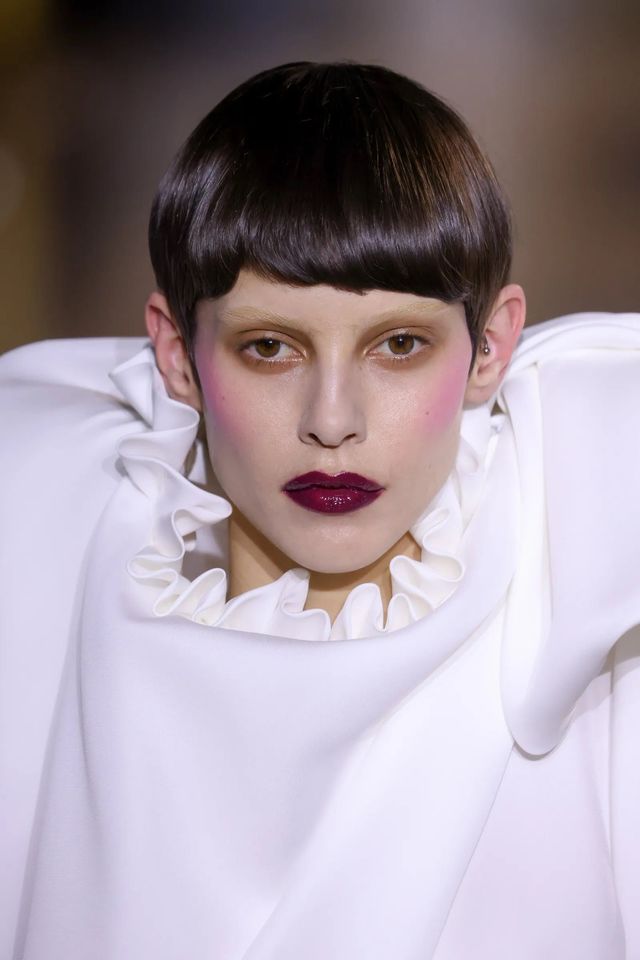