The stories of 37 powerful women with inspiring stories have been collected into a book called “She Dares.”

The collaborative book, written by women from countries including the UAE, Saudi Arabia, Argentina, the Netherlands, Canada, Bahrain and Jordan, do not follow one definition of success but a variety — there are successful businesses, and stories of overcoming illnesses, surviving traumas and about how the women became who they are.

“She Dares” was launched at the Swedish Pavilion at the Dubai Expo 2020 by MENA Speakers, where some of the authors gathered together to sign the books.

Arab News sat down with Heba Abdulwahab Khashogji, one of the Saudi authors who shared her story in the book on how she became a writer. “When I was approached to write this book, I told them that I just wrote children’s stories. However, they pushed me to write the first draft and from there I was able to polish the story.” 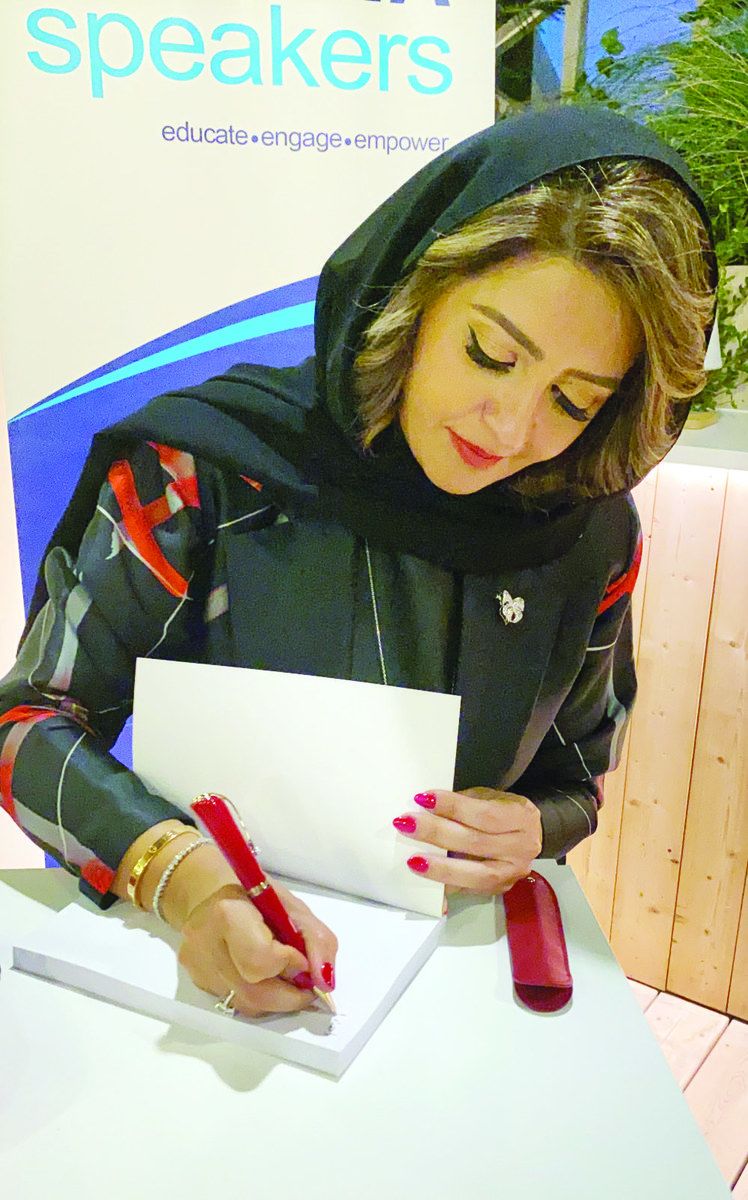 Khashogji said that she had never previously considered herself an author — she’d had a habit of writing about strong emotions ever since she was young but for her that wasn’t writing. However, this process had helped to shape her journey as a writer.

My goal with writing is to leave behind something that does good and helps people; the books I wrote for children were to teach them the values, religion and culture . . . and teach them the reasons behind what we do and why we do it.

The 46-year-old wants to help her society as much as she can. She shifted her career from accounting and finance to HR because she realized that human capital was much more important than financial capital.

Writing was something that she pursued as a hobby. “My goal with writing is to leave behind something that does good and helps people; the books I wrote for children were to teach them the values, religion and culture . . . and teach them the reasons behind what we do and why we do it,” she said.

With “She Dares” Khashogji faced a number of challenges. One of them was her concern for privacy. “I struggled with using my imagination and telling my life story as a story; it was supposed to be colorful enough for the reader to remain attracted. I did my best and now I just hope people like it.” She added:
“When I found out that it would be a motivational book and I remembered that my goal is helping the society develop in every aspect, I thought, ‘Why not?’”

Khashogji feels proud that her characters from the children’s book are becoming popular locally. “It makes me happy when I hear children talk about the character, especially in schools.” Quoting from a chapter in the book, Khashogji said: “By going through the challenging moments in life, I was able to create something beautiful from it and come out as the best version of myself.”

Toward the end of the chapter, she wrote: “If you have a knack for words, start writing and you will be surprised at the flow of words, all you have to do is start, and then the words will do their magic.”